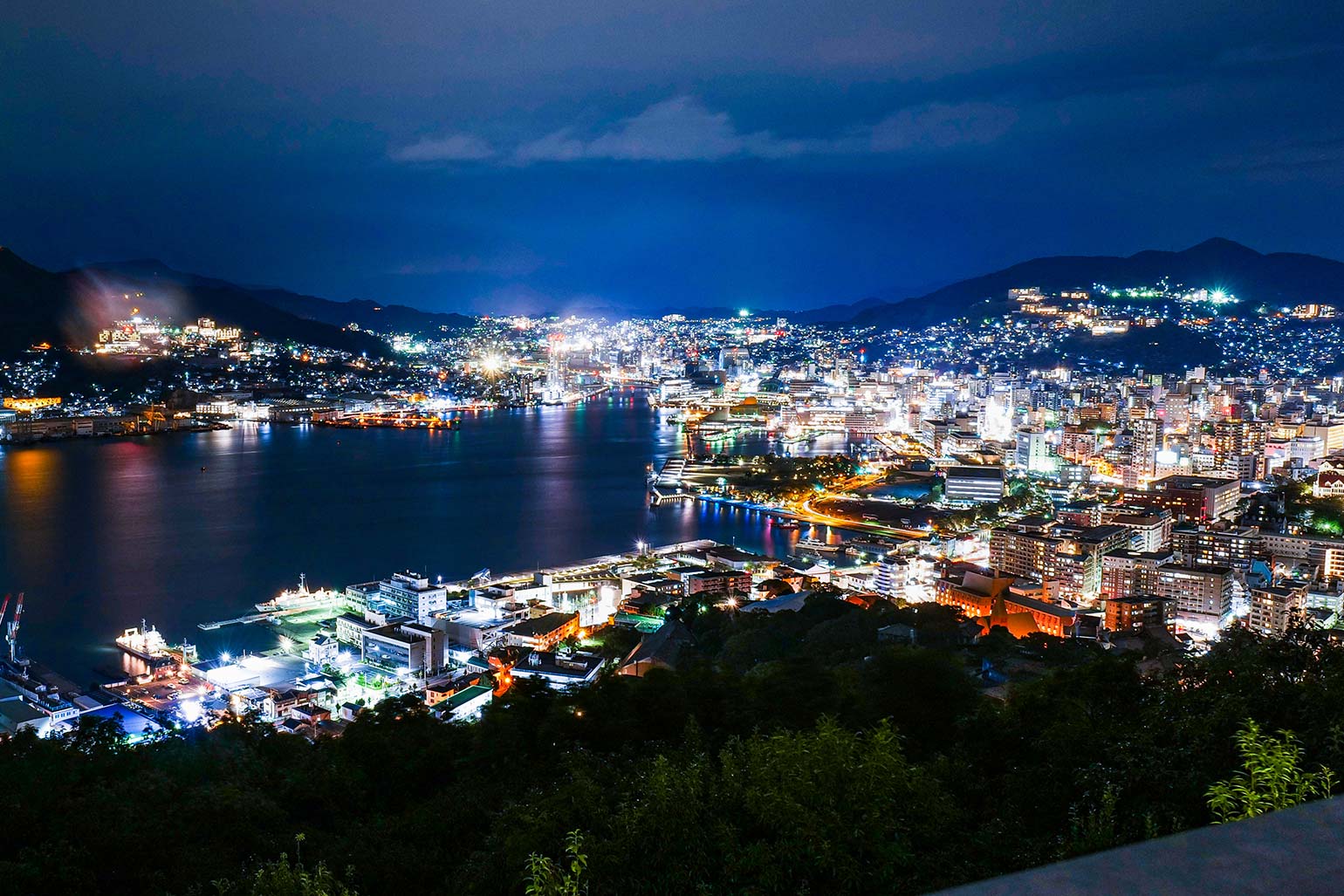 Japan has long been quite open-minded towards cultures from abroad, having been deeply influenced by China and the Korean Peninsula from an early stage. From the 15th century, European nations started to assertively across borders and seas, in the time thought of as the “Age of Voyage”. Ultimately, ships from Western countries reached Japan, on the borderline of the Eurasian continent. That was the time when Japan first came into direct contact with Western culture, which was also spreading through the continent. The cultural exchange became increasingly popular, and so did trade. “Nagasaki”, as a port city, turned into the doorway of such cultural exchanges.

Trade with Western countries had started, at first, it did not spread much to the rest of the country, and it was constrained to the many port towns in Kyushu, including “Nagasaki”. It was also the time when the daimyo (feudal lords) of the Sengoku period were competing against each other for power. The drive to make the most of external influx did not cease and Western culture was steadily flowing into the “Nagasaki”. However, during the transition into the Edo Shogunate, free trade with Western nations was restricted by the ministers of the military government, and there were attempts of the daimyo to get empowered through trade. Yet still, “Nagasaki” remained the place where East-West trade happened, although initially limited to a few port towns. At the time, other advanced cultures entered the country through “Nagasaki”, and people who came to study there could learn a great, absorbing a lot of knowledge that had come through from Europe and the West. Many people who helped to end the Edo Shogunate and who pressured the country into the Meiji Restoration had an opportunity to get in Western contact culture, which had bloomed in “Nagasaki”. 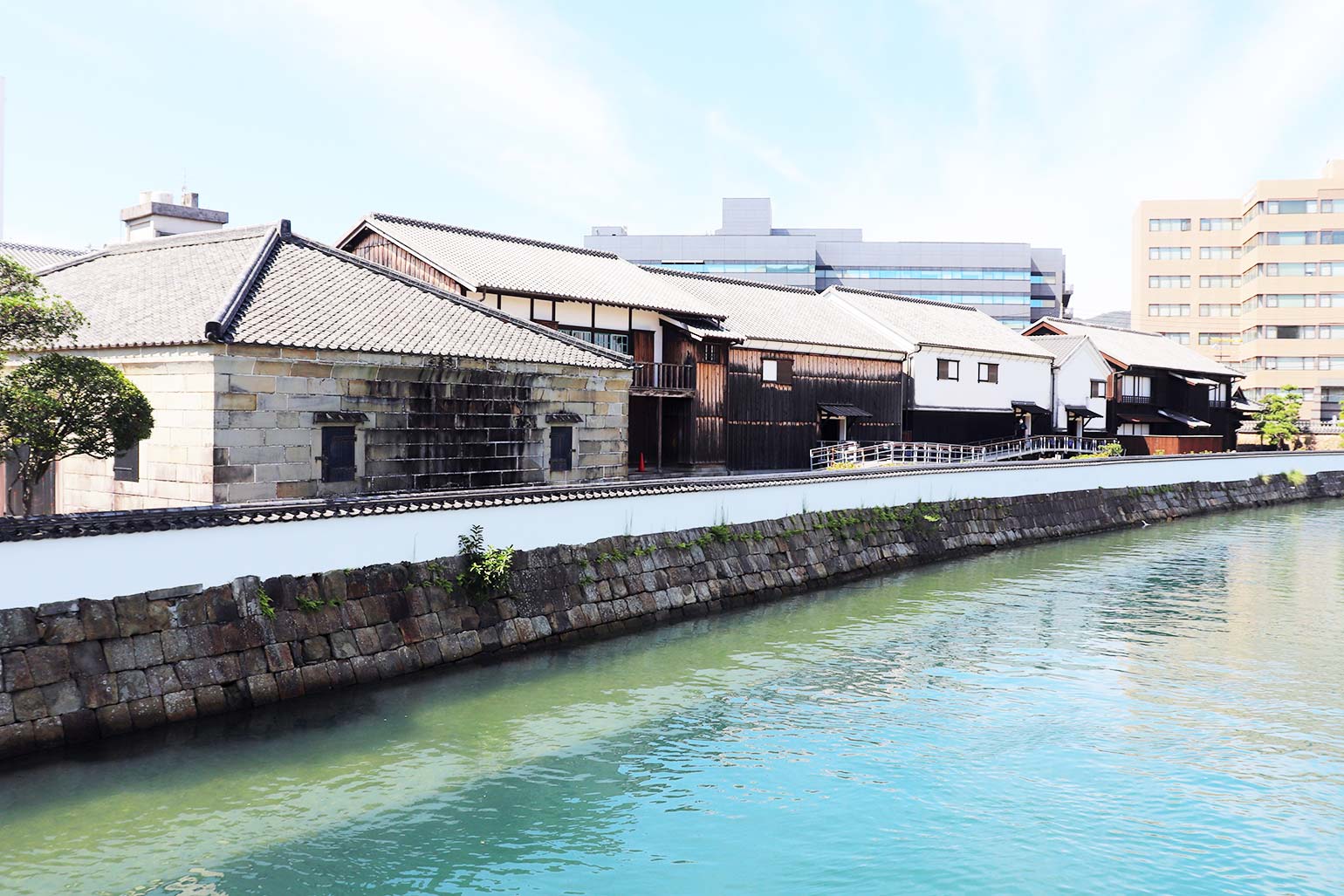 After the Meiji Restoration, “Nagasaki” continued to flourish as a port town even as Japan’s modernization progressed on a national scale. “Nagasaki”, facing the continent, was a fundamental base for Japan, whose motto of the time was “enrich the country and strengthen the army”. When the atomic bomb was dropped on “Nagasaki”, at the end of WW2, the city was destroyed. A lot of effort was put into the restoration of “Nagasaki” and into reverting to its old taste. 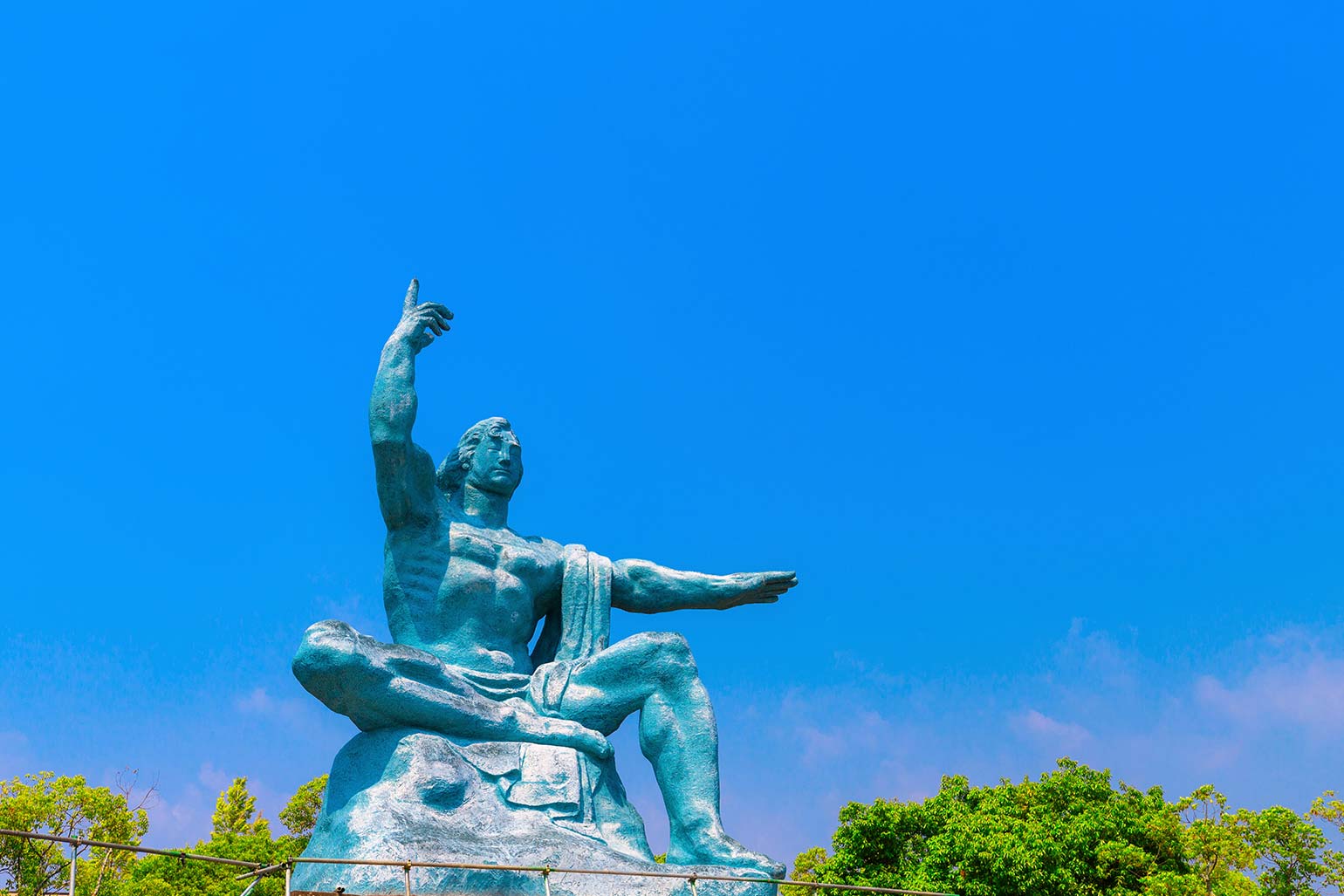 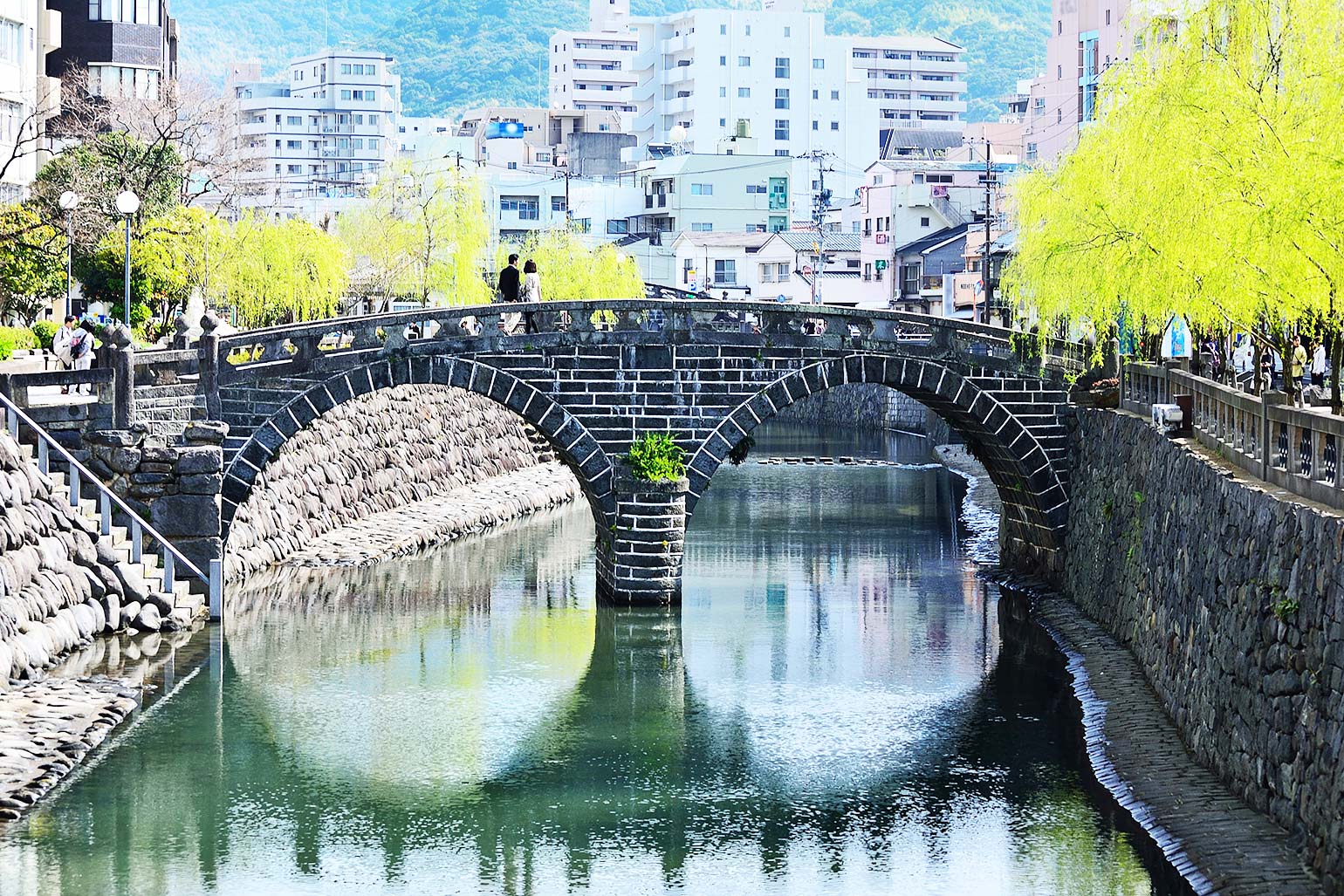 “Nagasaki” is now a port town facing the sea, surrounded by mountains on three sides. Despite its many gradients in the soil, it developed significantly, and its trade with the West shaped its urban structure. The soul of “Nagasaki” has often inspired and become the spotlight of movies, novels and even songs, and it remains an important site within Japan to date. Please visit “Nagasaki” and have a nice walk around.

Below, we will be introducing the main touristic areas in “Nagasaki”. We will also make sure to recommend areas that are good sightseeing spots also other than “Nagasaki” in the “Travel guidebook” section. Please check it out! 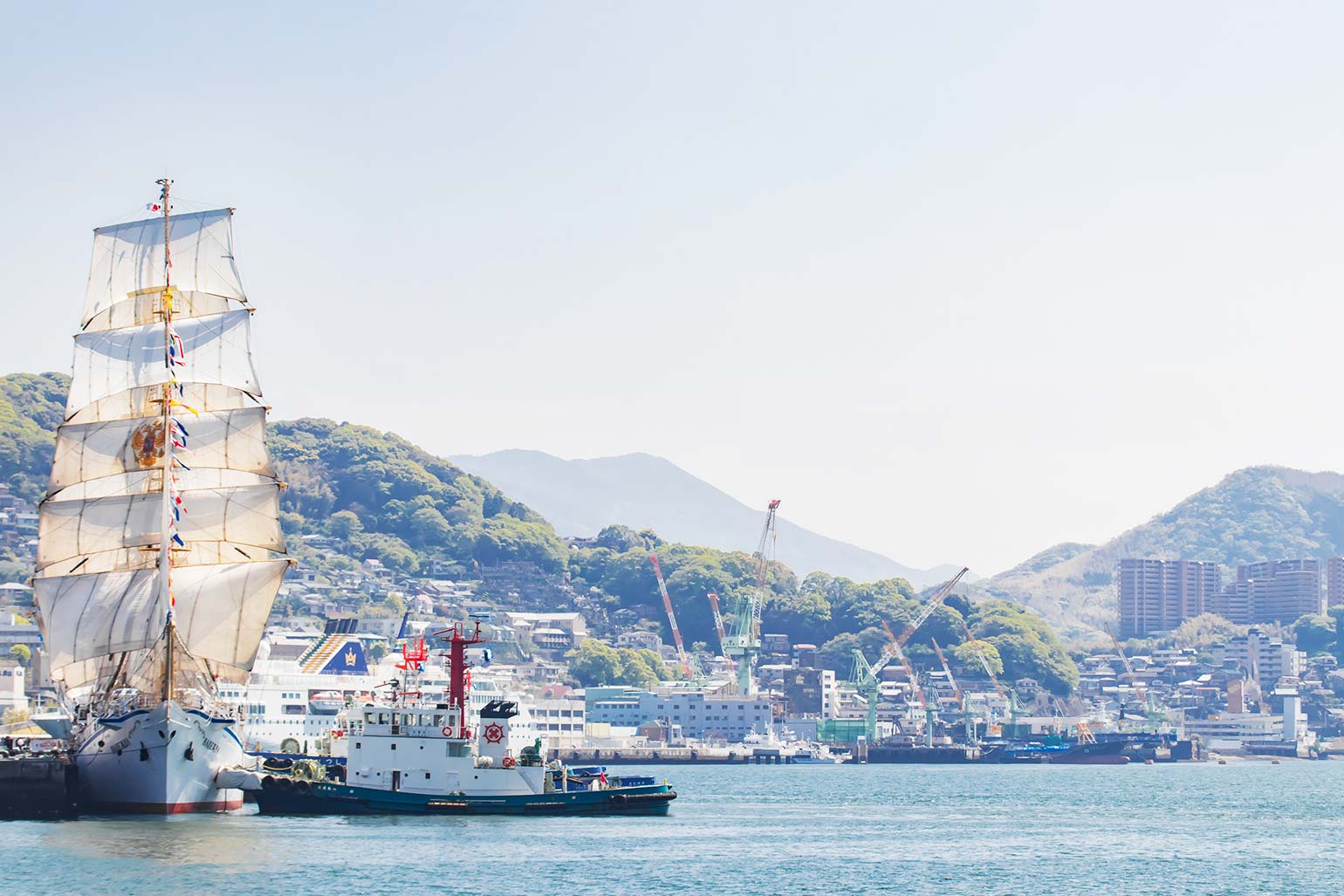 Nagasaki Prefecture has a very complicated topography. The whole area seems to surround Omura Bay in a circle. The coastline from north to west is very intricate and has a large number of remote islands. However, it does not have the extensive transportation network as Tokyo or Osaka. In other words, you should consider the transportation accessibility depending on the area you want to visit. Nagasaki Prefecture can be roughly divided into the following four regions. The northern region centered on Omura Bay in the middle of the prefecture, with “Sasebo” at the center. Southwestern region with the prefectural capital, “Nagasaki”. The eastern region with “Nagasaki Airport” on the other side of the bay, and the southern region is known for its hot springs, such as “Unzen” and “Shimabara”. Of these four regions, there is no railroad connecting the northern and southwestern regions. Also, “Nagasaki”, the central city of Nagasaki Prefecture, is located in the southwestern corner of the prefecture, and it’s the termination station of the railroad network. Direct access from other prefectures would be to the northern region where “Sasebo” is located, or the eastern region where “Nagasaki Airport” is located. So, when your visiting “Nagasaki” and its surrounding regions, you should plan your trip with those in mind.

Around “The JR Nagasaki Station”

“Nagasaki” is located in the southwestern corner of Nagasaki Prefecture. Your starting point for exploring around there will be “The JR Nagasaki Station”. The best way to get around the city is by bus, cab, or on foot. However, there are so many hills that it is quite hard to travel only on foot. Please do not overdo it. 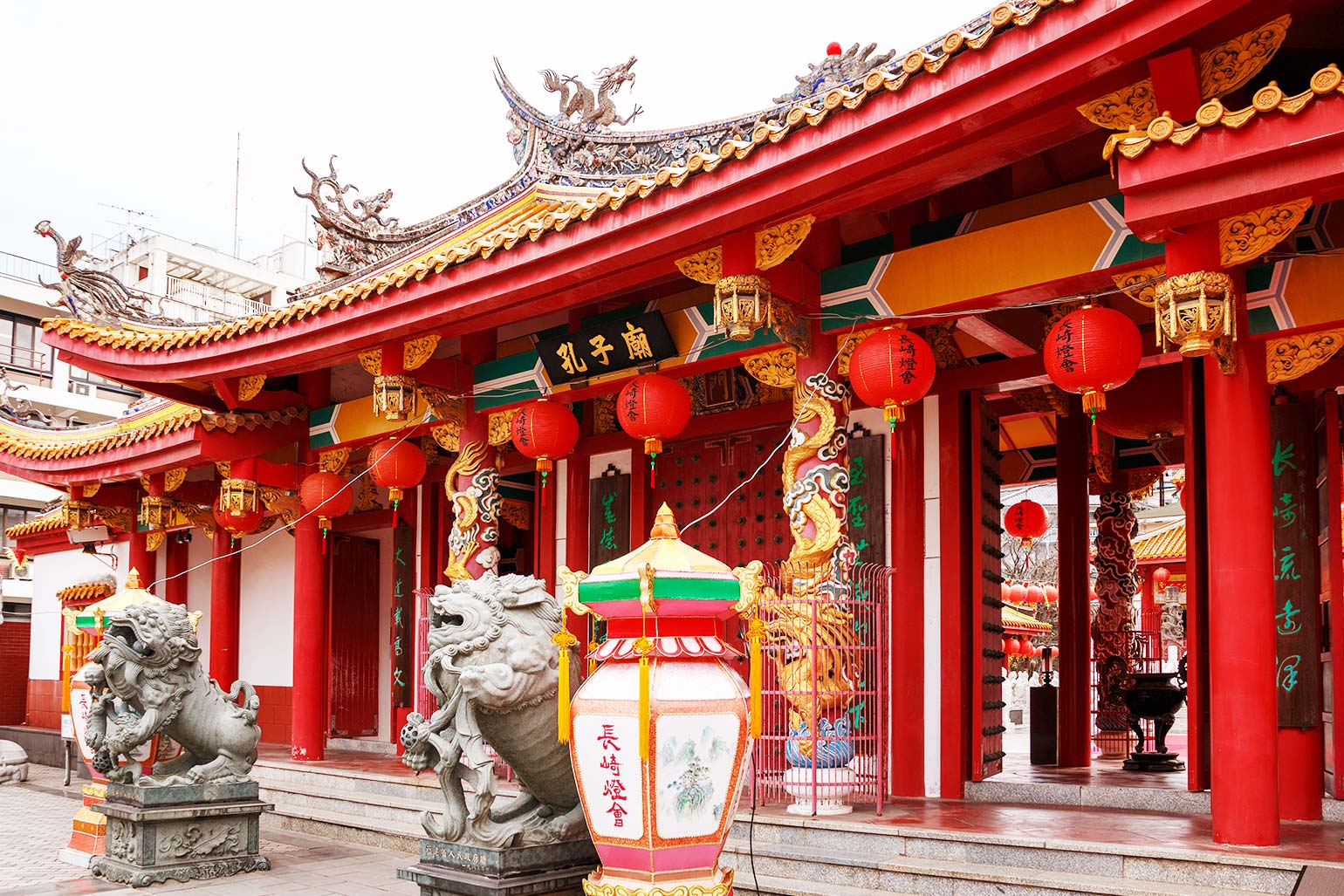 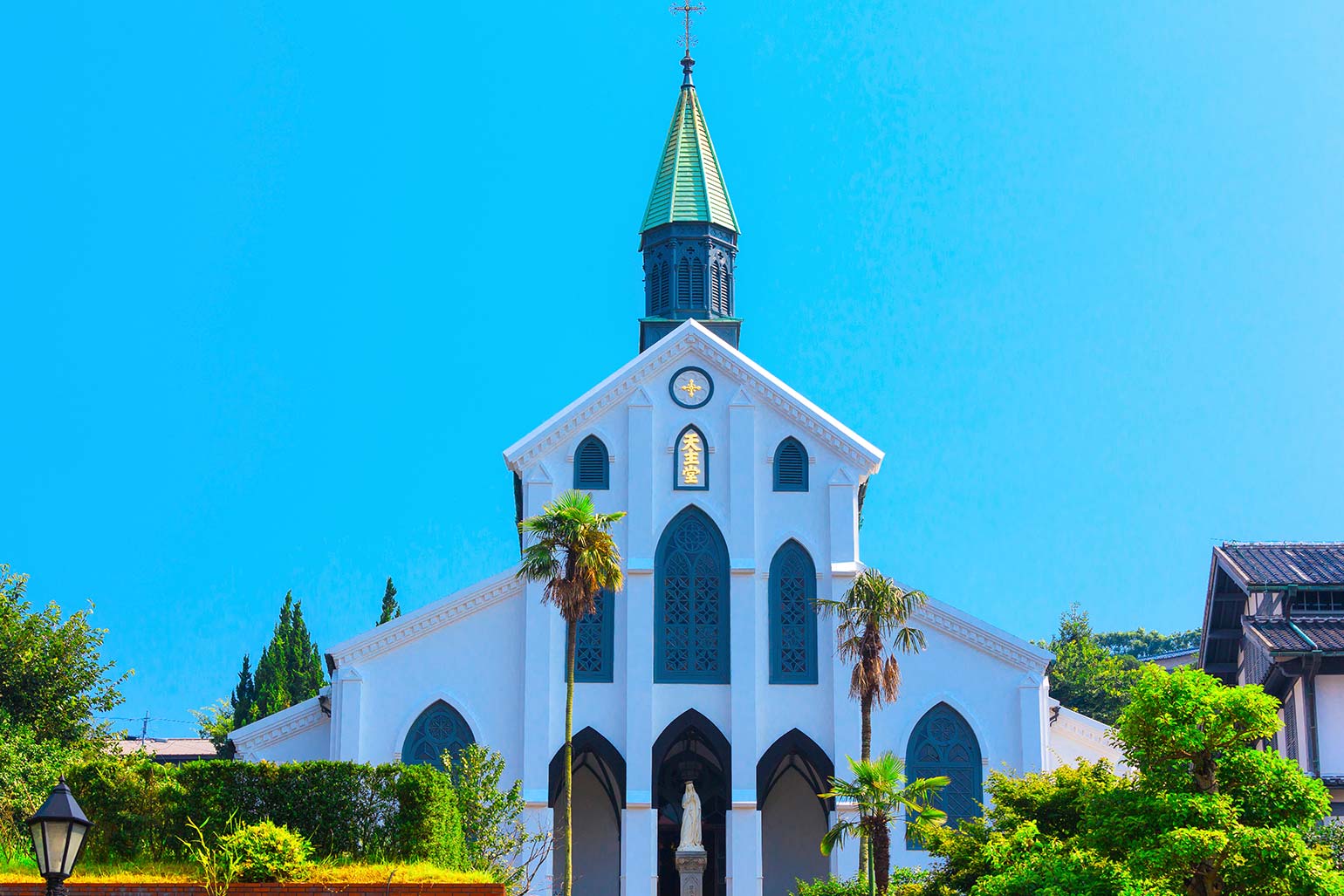 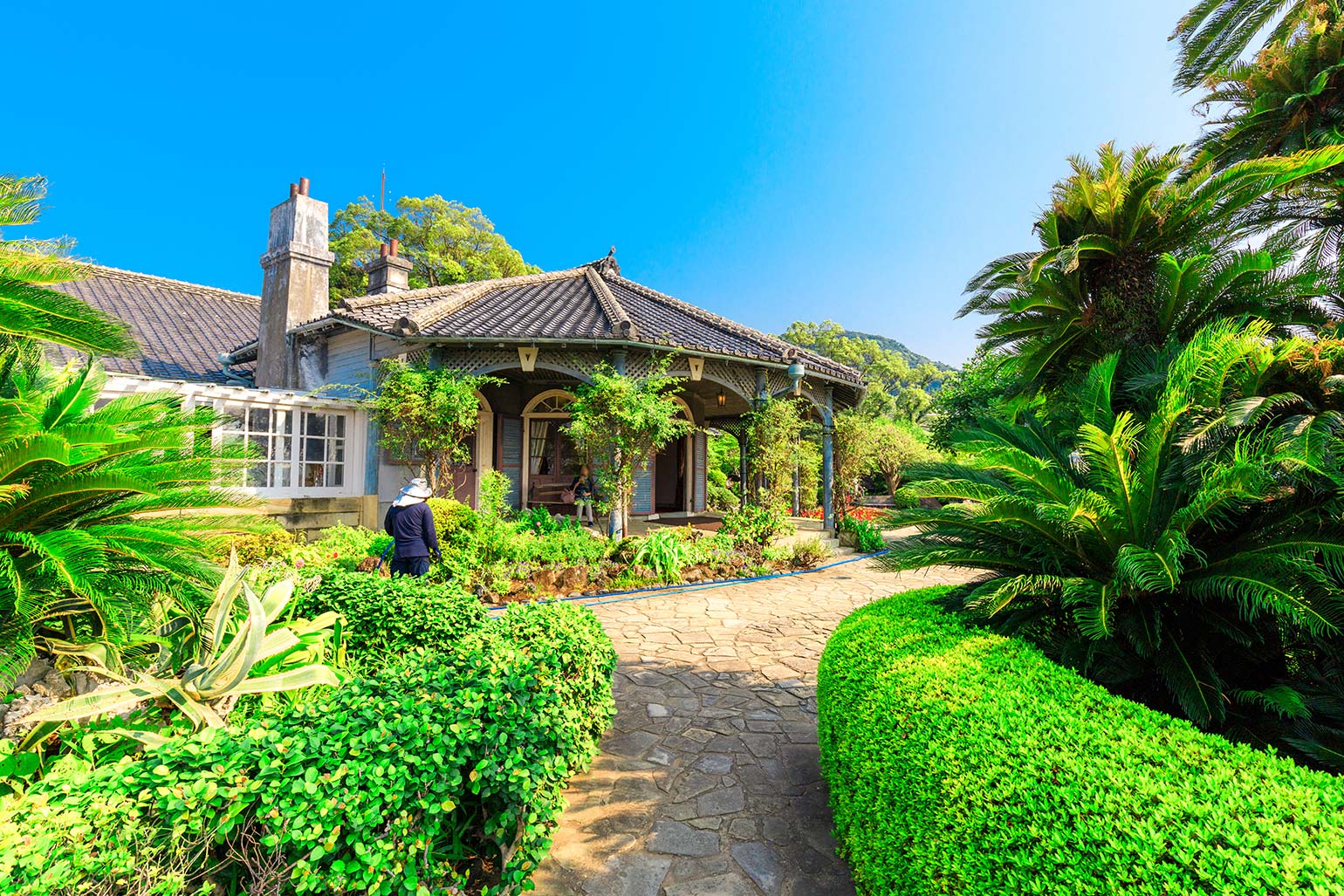 The main tourist spots or places are all located within a 5km radius around this station. On the south side of the station, along the sea, there is “Nagasaki Shinchi Chinatown”, one of the three major Chinatowns in Japan. And there are “Glover Garden”, and churches such as “Oura Tenshudo”. All of them tell the history of this area. The atmosphere of the streets is different from that of other major cities in Japan today because many buildings have been left as they were. In “Nagasaki”, there are many buildings and other structures related to Christians (hidden Christians) who were suppressed during the Edo period due to national policy. By the way, “Dejima” was known as a place of limited trade, and the remains of it are still there. And some of the buildings from that time have been restored. On the west side of the station is “Inasa Mountain”, which overlooks the city of “Nagasaki”. The night view from the top of this mountain is known as one of the three best night view spots in Japan. The night view after the rain is highly recommended. On the north side of the station is the “Heiwa Park”. It is also a good idea to take the streetcar from “The JR Nagasaki Station” and enjoy the view of the city. 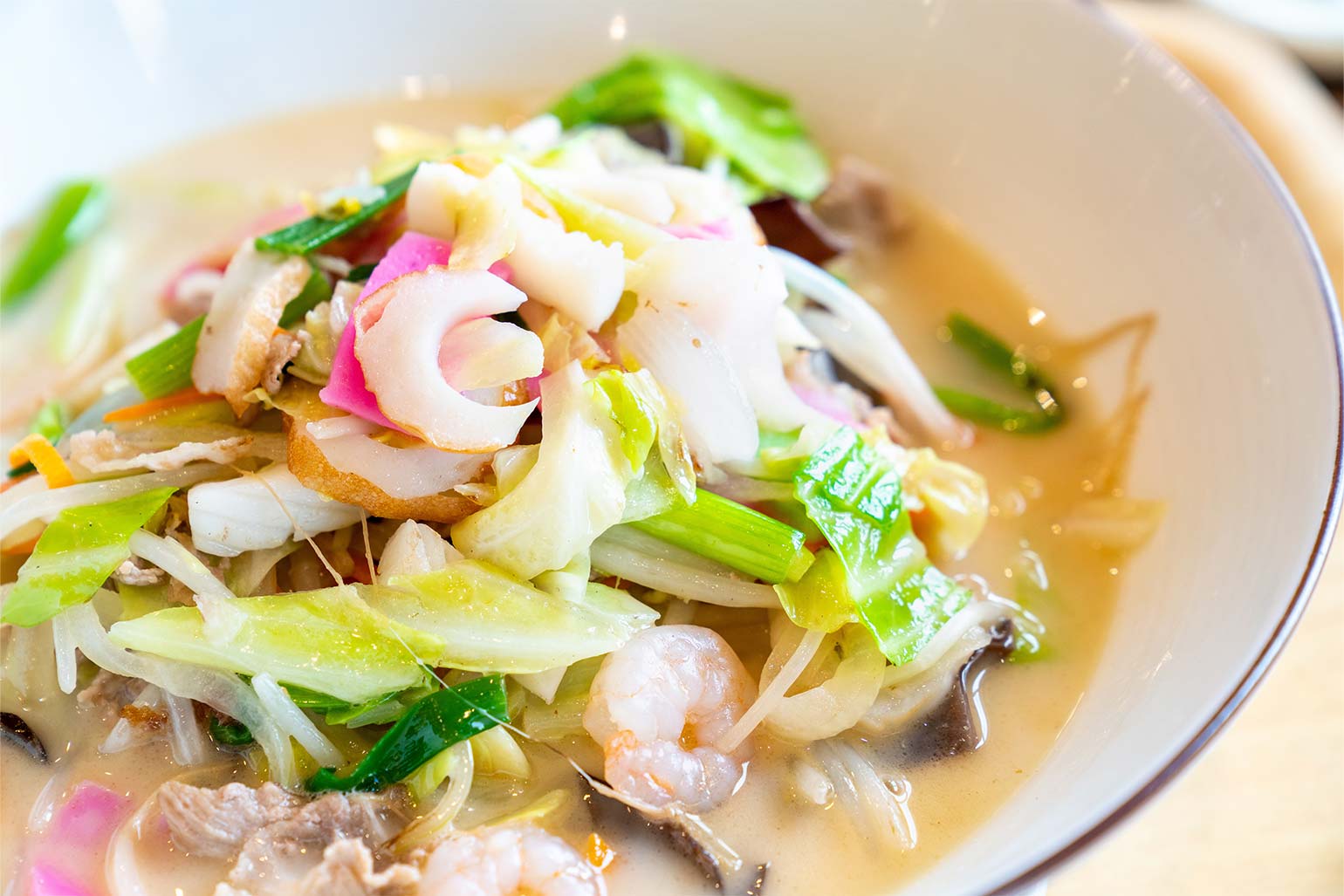 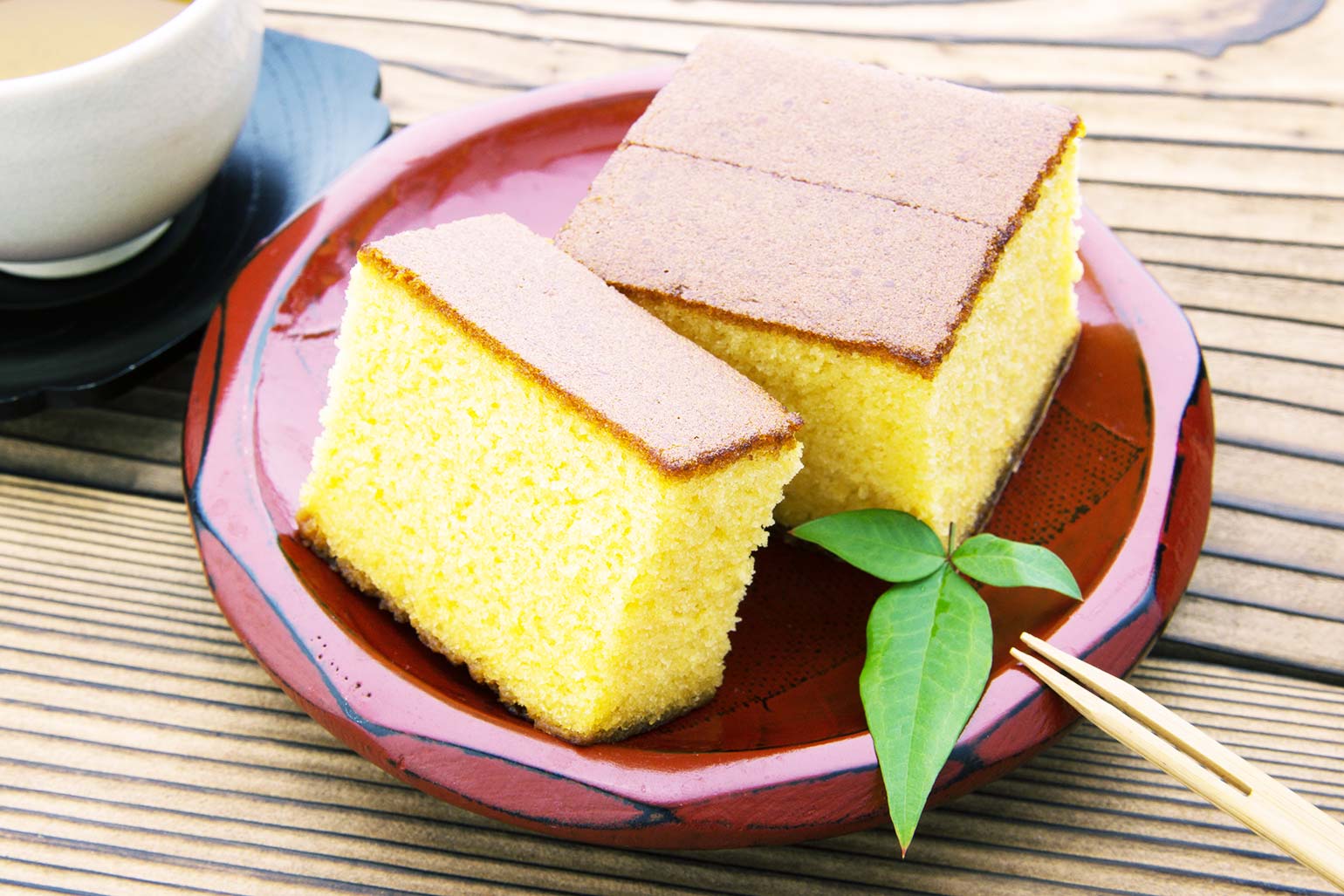 We hope you will enjoy the local gourmet food when you visit “Nagasaki”. Many of them are famous and delicious. The most famous and tasty ones will be “Chanpon”, “Sara Udon” and “Castella”. It is a bit pricey, but “Karasumi” is also well-known. “Turkish rice” has also a uniquely Japanese sense of mystery.

The main tourist spots around “Nagasaki” 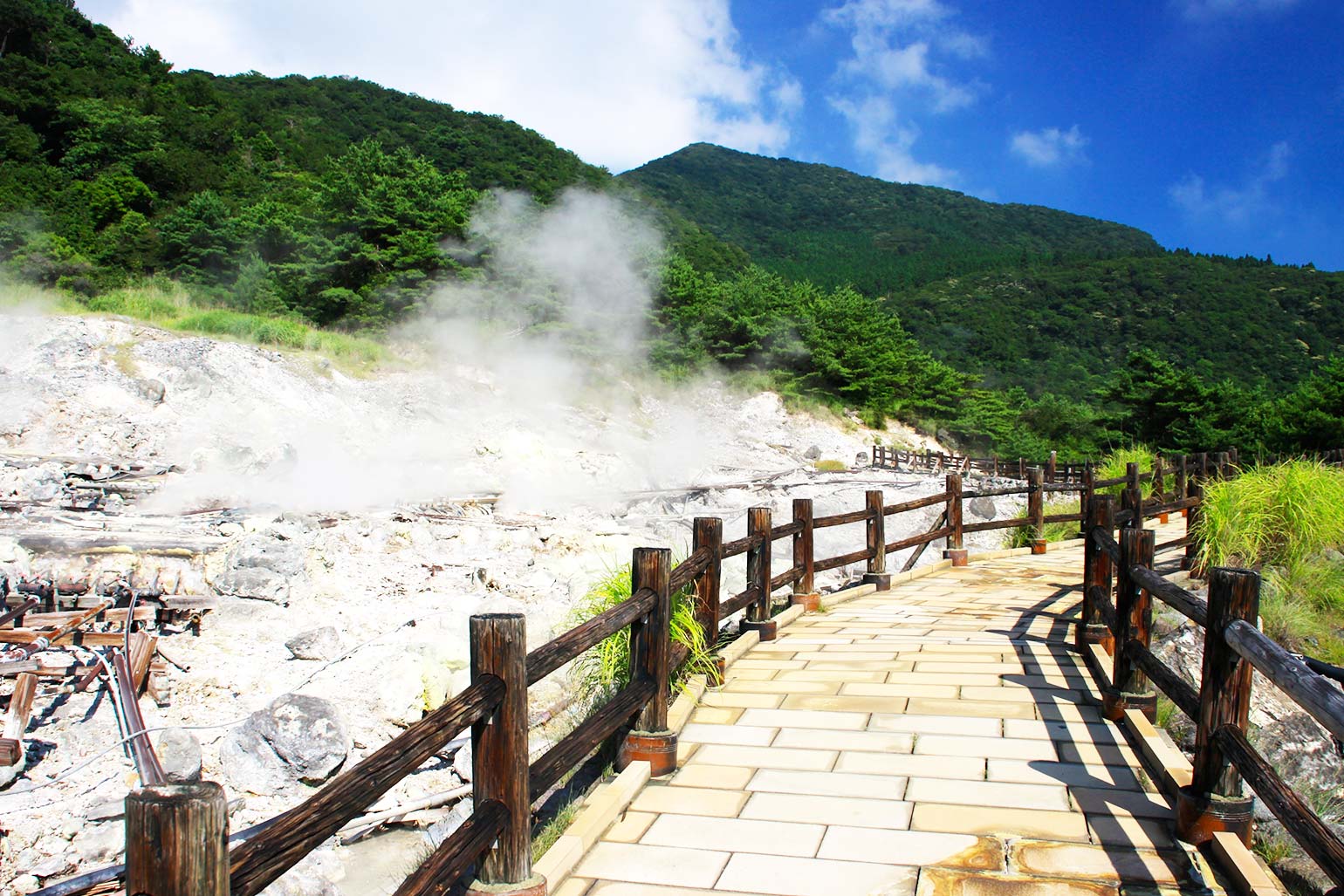 “Unzen Onsen” is one of the representative hot spring spots in Nagasaki Prefecture. It takes about two hours from “Nagasaki” by JR line and bus. The area centered on the active volcano Mt. Unzen Fugen is a national park (“Unzen Amakusa National Park”). “Unzen Jigoku” is a popular tourist spot where you can enjoy the experience of hot springs and fumes spouting from everywhere. On the west side of “Unzen Onsen”, facing the sea, there is “Obama Onsen”. This is also a popular hot spring spot. The 105m footbath along the embankment, the longest in Japan, is quite an amusement. There is also a footbath for pets. 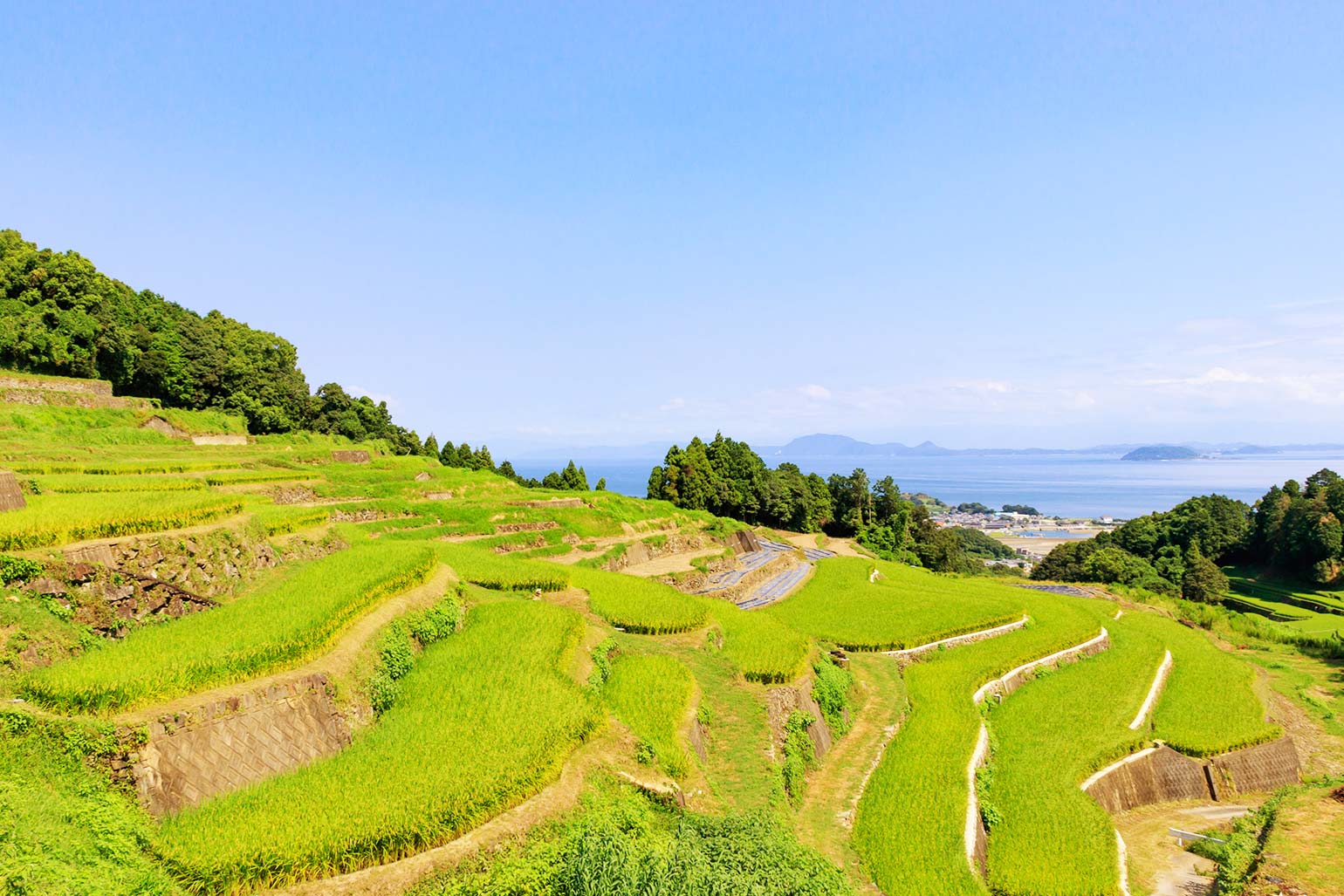 This is also one of the most popular hot spring spots in Nagasaki Prefecture. It takes about two and a half hours by train from the city center of “Nagasaki”. It is also famous as a spring water area so pure that it has been called “the city on water”. During the Edo period, Japan adopted a harsh suppression policy against Christians. The area from “Shimabara” to neighboring “Amakusa” is well known for its very large scale revolts. Some of the local dishes, such as “Guzoni” and “Rokubei”, are closely related to the history of the region. Shimabara Peninsula is famous for its many terraced rice paddies, especially the “Tanimizu Tanada (Terraced Rice Paddies)”, which are very impressive. They have two cropping seasons here, and they grow potatoes in the spring. You can see the ingenuity of the ancestors. 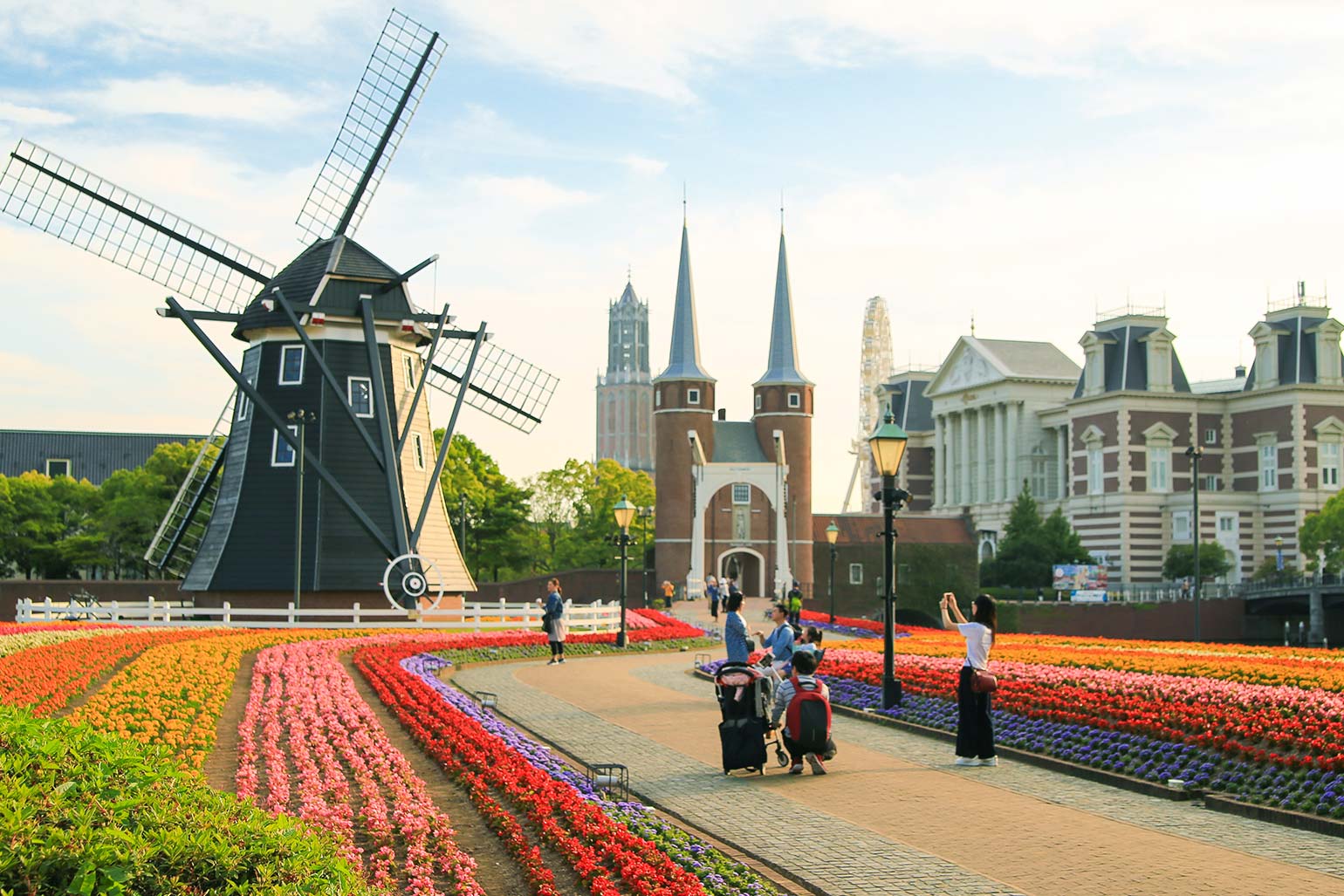 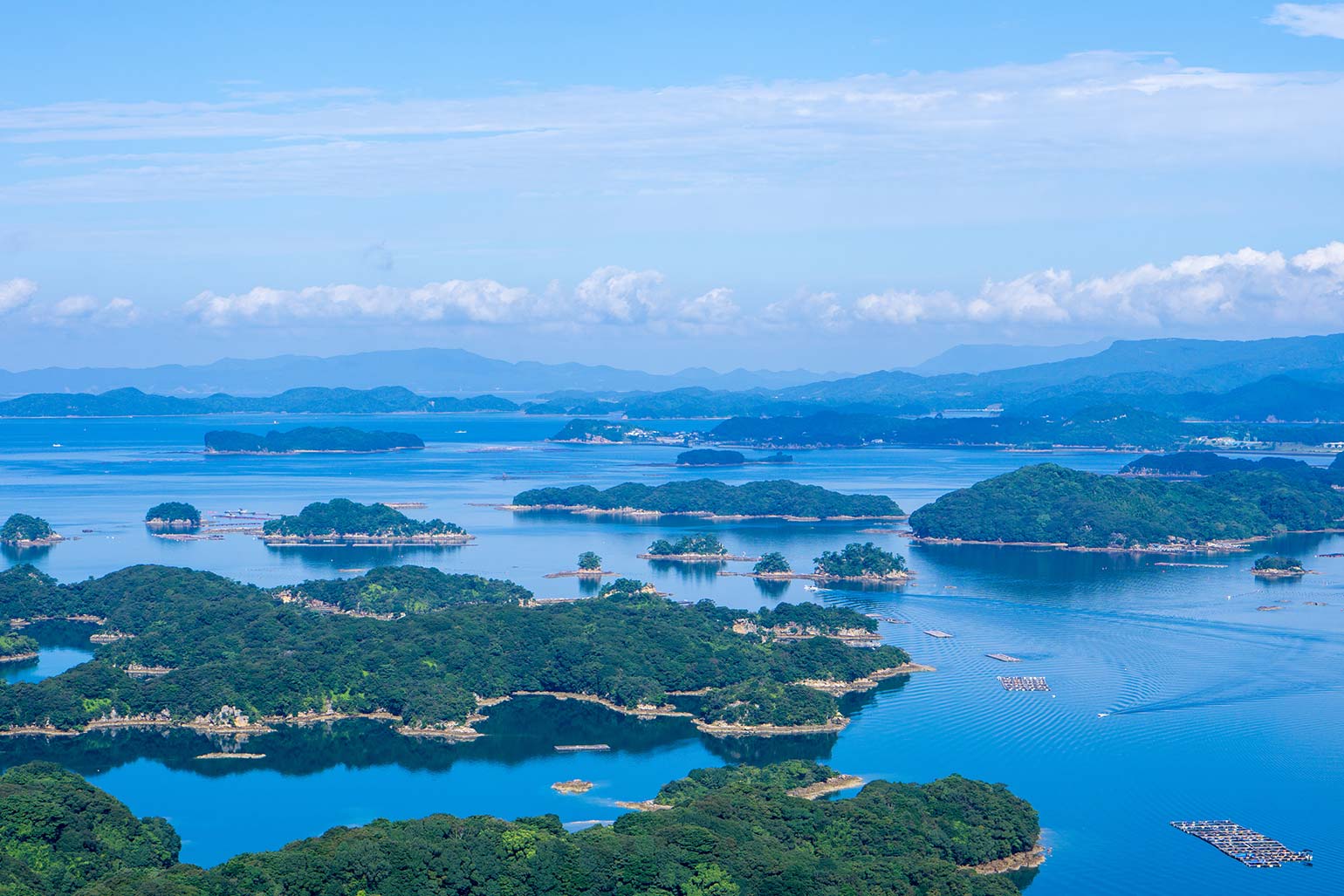 “Sasebo” is the central city of northern region of Nagasaki Prefecture. After the Meiji Restoration, a naval port was established as part of the country’s wealthy and strong military policy. It developed rapidly mainly due to the shipbuilding industry. It is still one of the major ports in Japan. There are many popular tourist spots or attractions such as “Huis Ten Bosch”, one of the most famous theme parks in Japan, and “Kujuku Shima”. This area is accessible from other major cities by land, so it has many tourists along with “Nagasaki”. 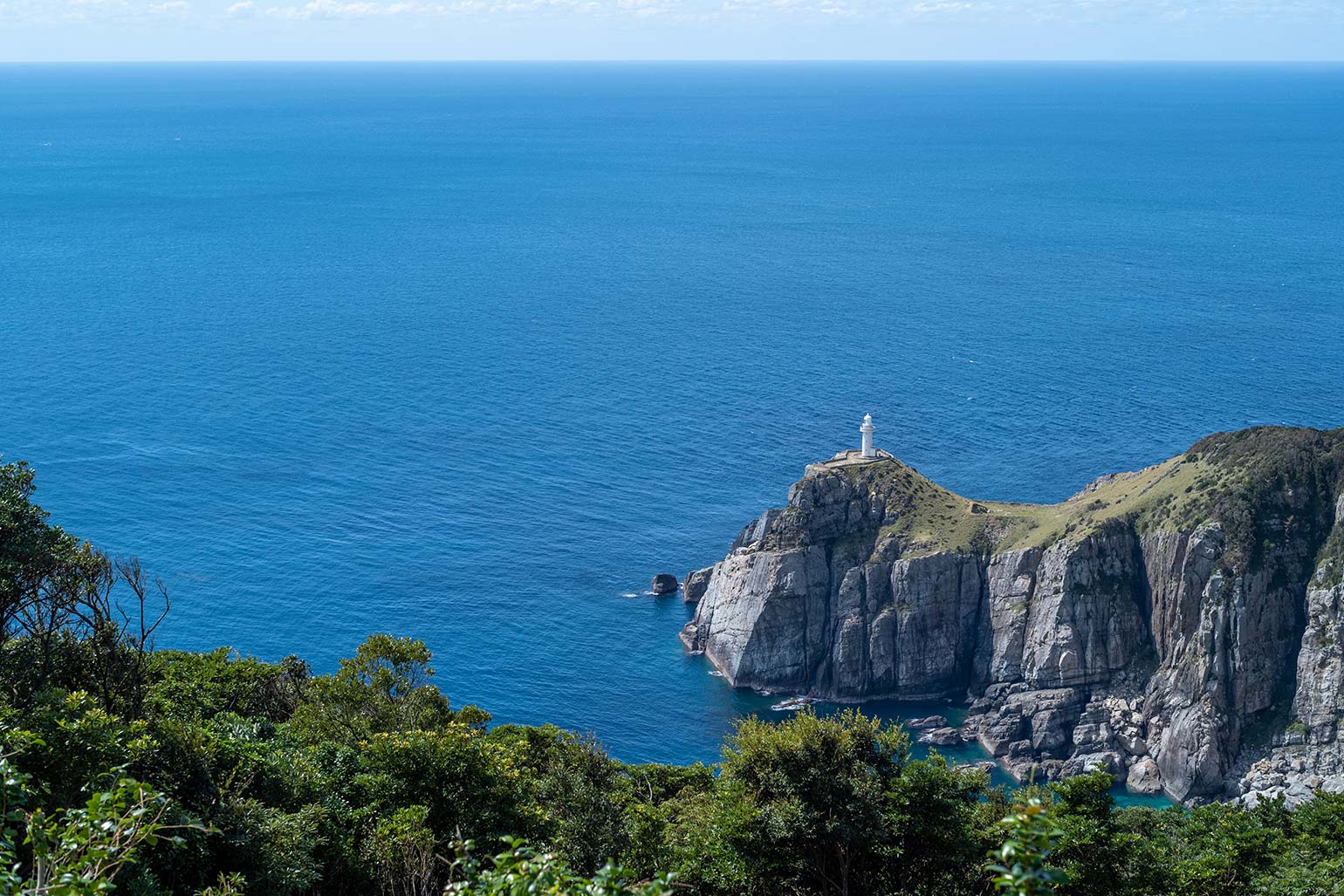 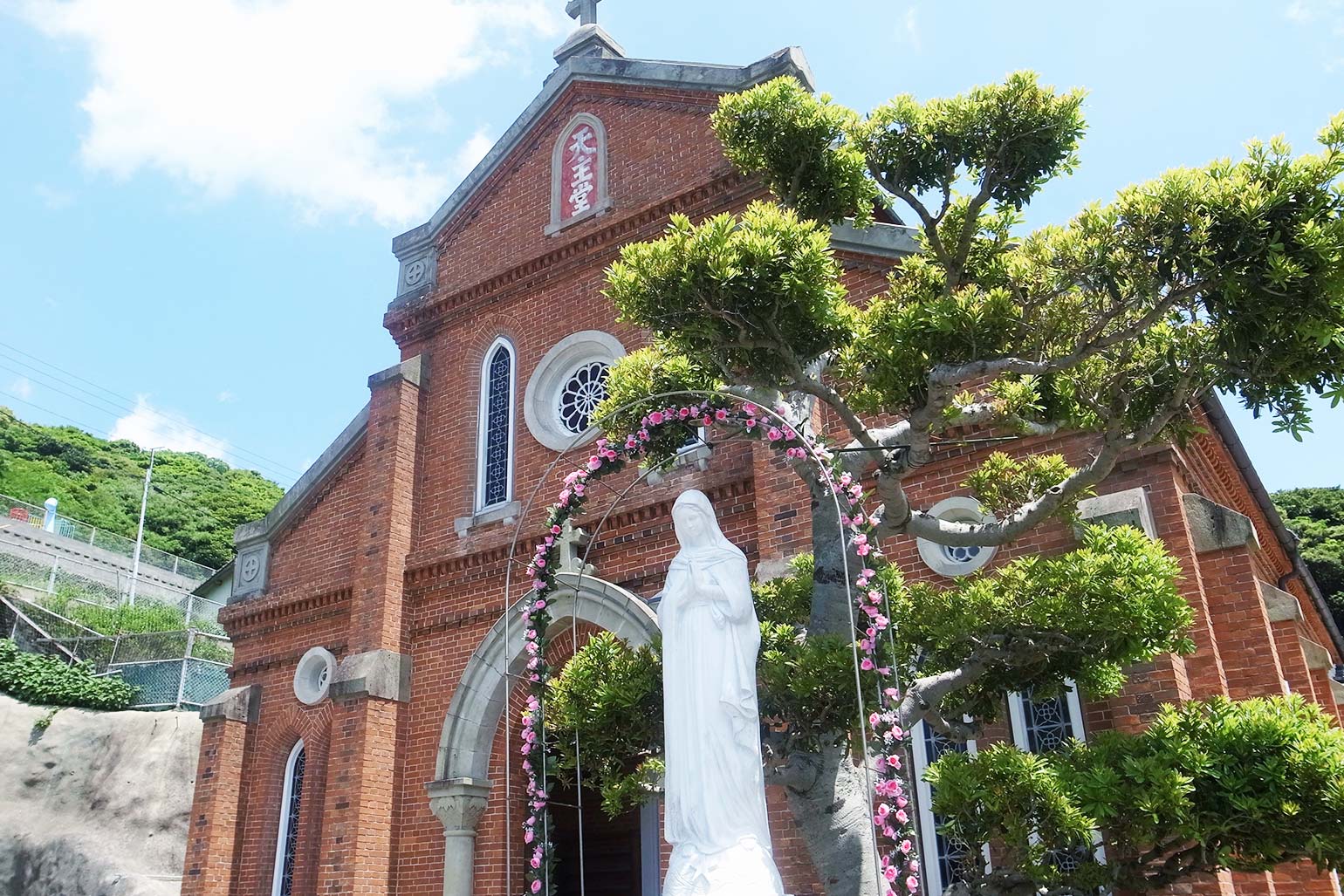 The “Goto Islands” are a group of islands located about 100km west of “Nagasaki”. There are about 140 islands, both large and small. This region was known as one of the earliest areas in Japan where missionaries from the Society of Jesus carried out missionary work (mid-16th century). Even after Toyotomi Hideyoshi and the Edo Shogunate adopted the forbidding policy, hiding Christians secretly maintained their faith. These historical churches and related heritage sites are still remained, and some of them are designated as national important cultural properties. There are regular flights from “Nagasaki Airport” and “Fukuoka Airport”, as well as ferries from “Nagasaki Port” and “Sasebo Port” to each island in the “Goto Islands”. Be sure to check the schedule and make a reservation in advance.