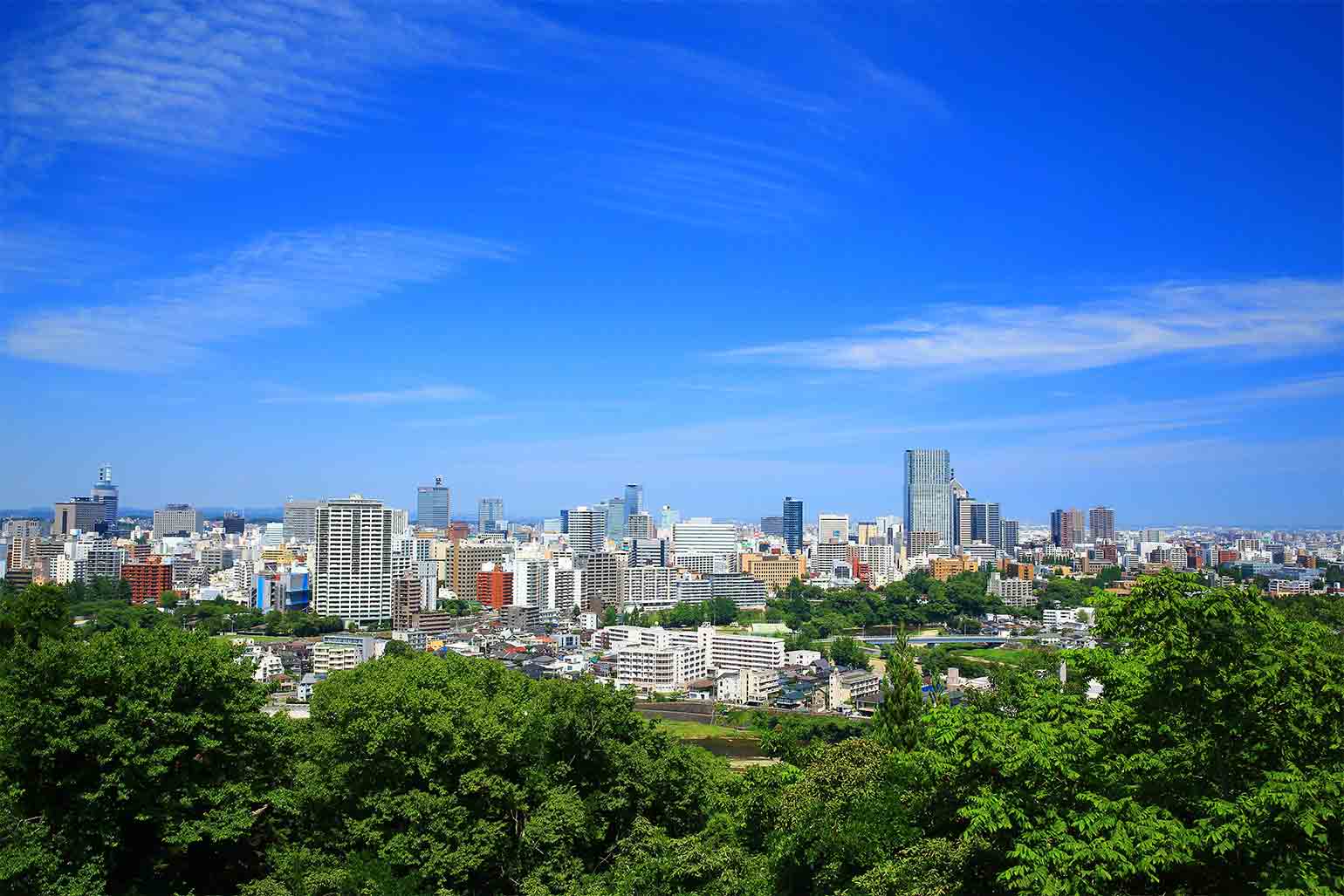 “Sendai” is the largest city in the Tohoku region. The eastern part is surrounded by sea, whereas the western part is flat and has large rivers that flow through some of Japan’s main mountains. From a geographical point of view, the region is in continuous development. In the Edo period, there were direct land routes to “Edo (political centre those days)”, making “Sendai” a significantly developed area in the Tohoku region. However, history more often focuses on “Kyoto”, as that was where the Imperial Court and the Emperor were. And compared to “Kyoto”, the Tohoku region was quite backwards. In specific historical periods, the power of the Imperial Court extended to the Tohoku region. Names of the Tohoku region also underwent some changes throughout history: from “Michi-no-oku” to “Michi-no-ku or Mutsu”, to “Ohu”. The character “oku(奥)”, meaning behind, was incorporated in the names to point at the distance that “Sendai” had from other places in Japan. In a more metaphorical sense, it was also used to designate something “profound”. “Sendai” started being influenced from the outside only in the Warring States period and when “Date Masamune” opened it up. Since then, the area rapidly developed. 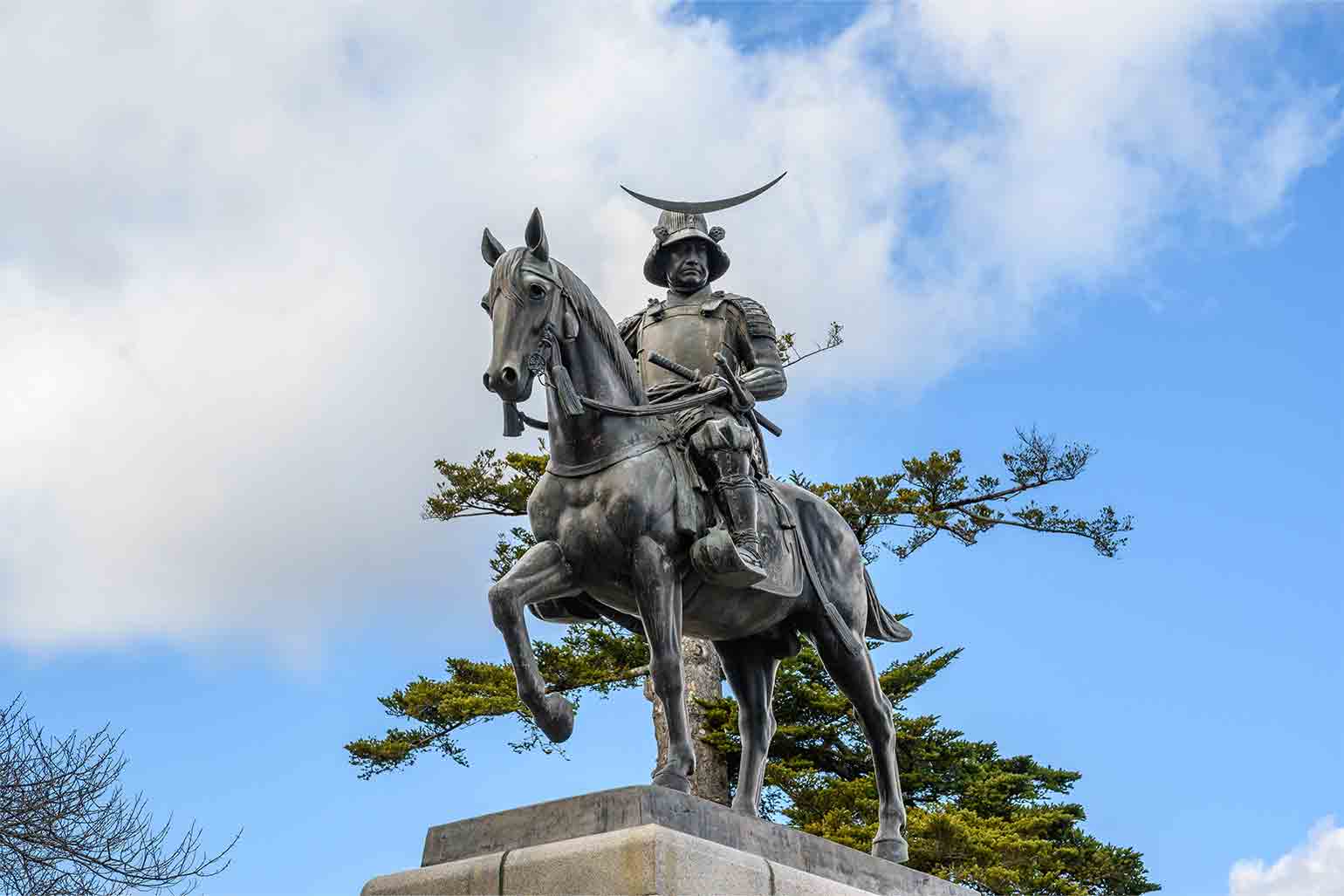 In modern times, “Sendai” has been renamed as the “Mori-no-miyako (forest-city)”. The city, surrounded by the mountains, is rich in nature. It acquired the label of “Mori-no-miyako” thanks to its many trees that inhabit the city centre. The mountains can be spotted from any corner of the city. Sendai region alone accounts for half and more of the total GDP, having a population of over one million people. Its metropolitan area is home to more than 1.5 million people. Nonetheless, compared to other major cities in Japan, “Sendai” is not really considered an urban area, maybe due to the abundance of nature. As for the climate, it is quite temperate, and it is quite easy to live.

“Sendai” can be reached by land via “the Tohoku Expressway” and railway with “the Tohoku Shinkansen bullet train”. There is an “Sendai airport” which facilitates access from the Tokyo metropolitan area. The public and local transportation networks are also extremely efficient so you can easily get by.

Below, we will be introducing the main touristic areas in “Sendai”. We will also make sure to recommend areas that are good sightseeing spots also other than “Sendai” in the “Travel guidebook” section. Please check it out! 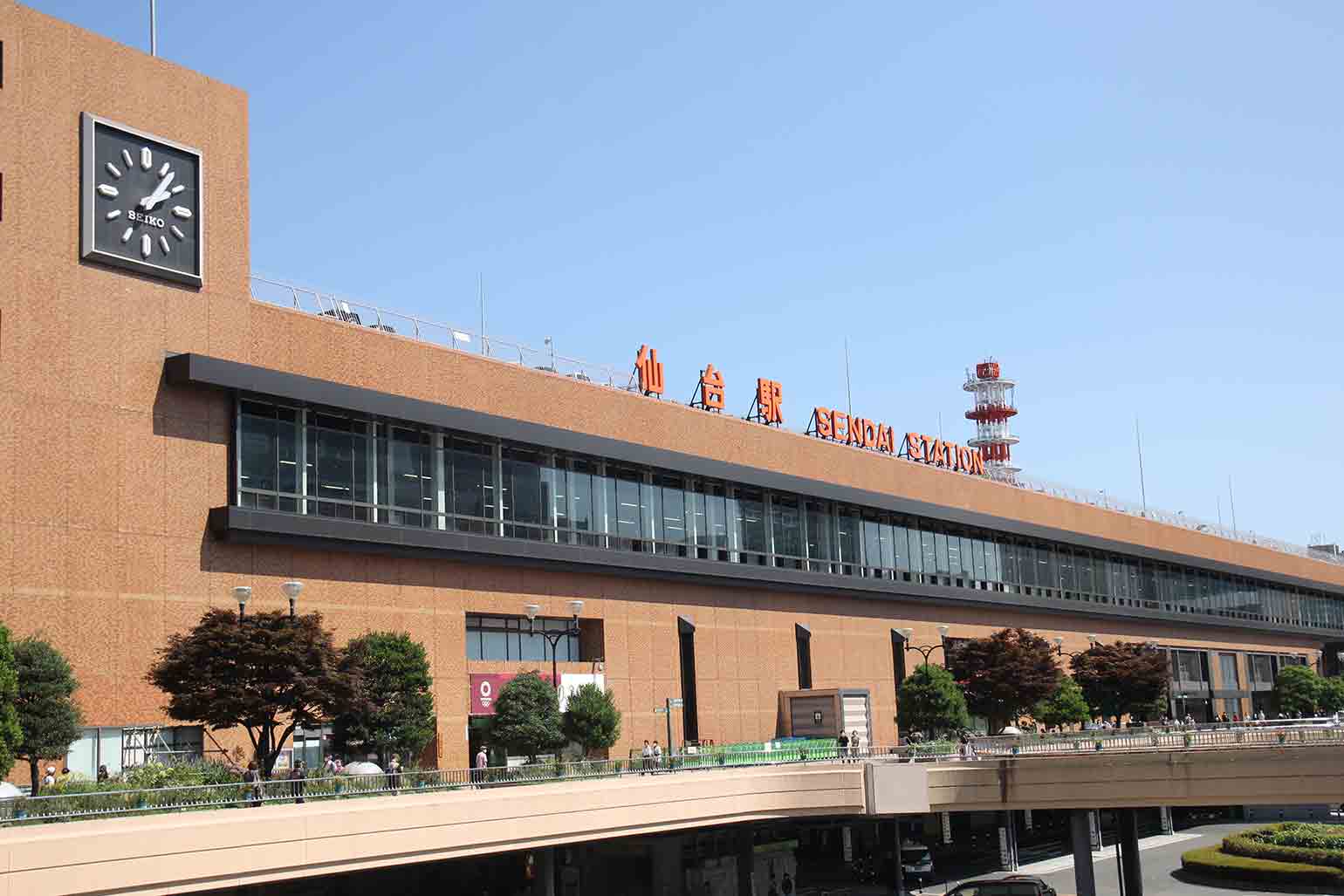 If you get a chance to visit “Sendai”, the capital city of Miyagi prefecture, it would be good to start planning your trip starting from “Sendai Station”. The shinkansen (bullet train) from “Tokyo” takes you there in two hours. Should you travel by car, the closest highway interchange is only 5 km away from the city, and there is also a very functional and well-connected airport. Therefore, access to other cities is quite easy. 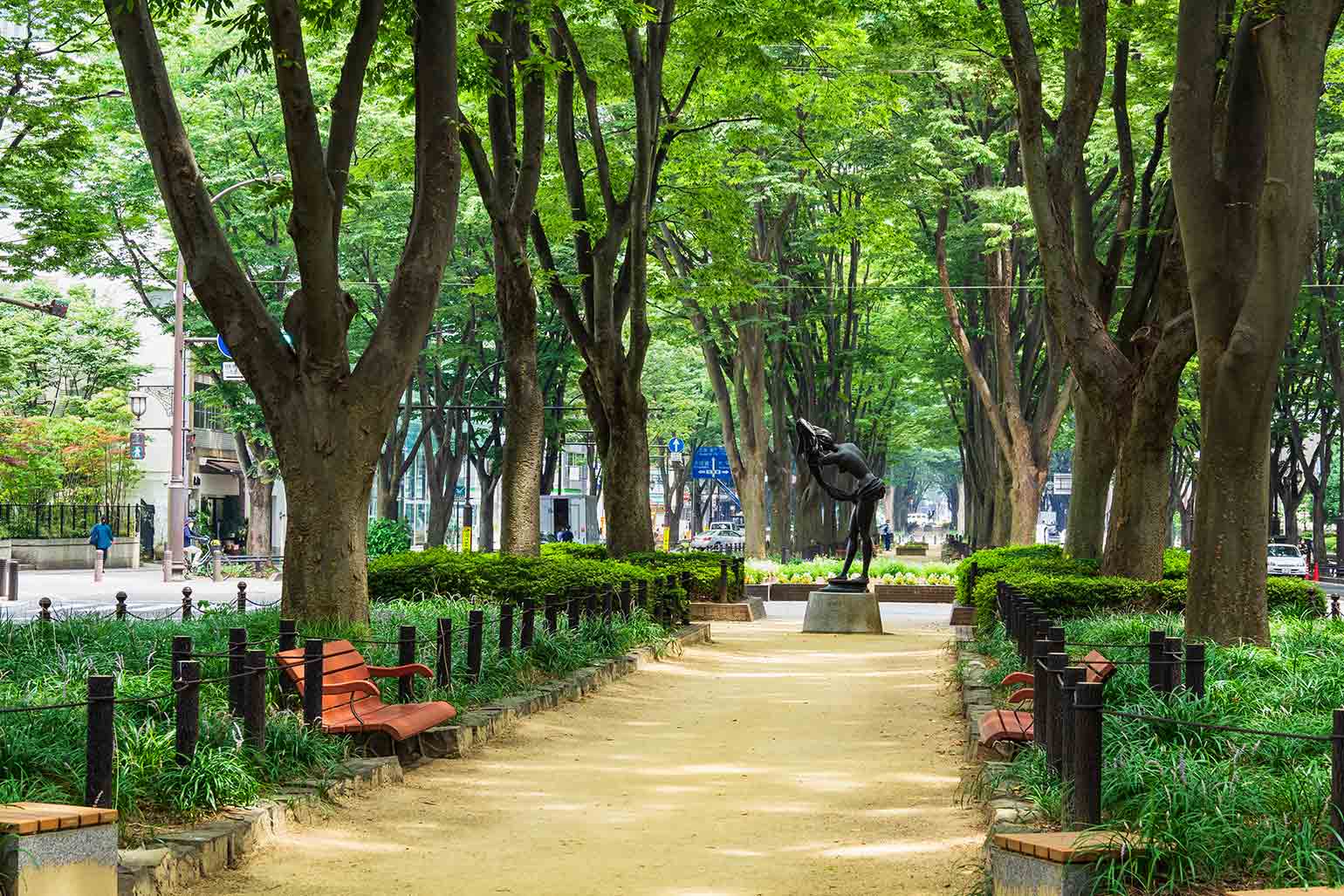 Within 5 km of “Sendai Station”, you can find the most famous sightseeing spots. They are mainly focussed in an area which stretches west of the station. Near the station, you can find “Aoba / Jozenji Street”, the street with trees lines up. Here, the Tanabata festival, one of the three major festivals in Japan, is hosted. The Street illumination in the winter makes the place all the more appealing, and it attracts the crowds. You can observe the old remains of the city as they overlook the city; the “Zuihoden Temple” with its mausoleum of the Sendai clan and “Site of Sendai Castle”. A number of famous shrines that are strictly related to the Sendai domain family can also be visited. These include “Miyagiken Gokoku Shrine”, “Oosaki Hachimangu Shrine” and “Sendai Toshogu Shrine”. We would definitely visit them! You can purchase a one-day pass which will allow you to go and visit different museums, so we highly recommend it. Amongst other places that are worth a visit, we recommend the renown temples of “Rinnoji Temple” and “Jogi Nyorai Saiho Temple”. They both can be reached in about 30 minutes by a city bus. 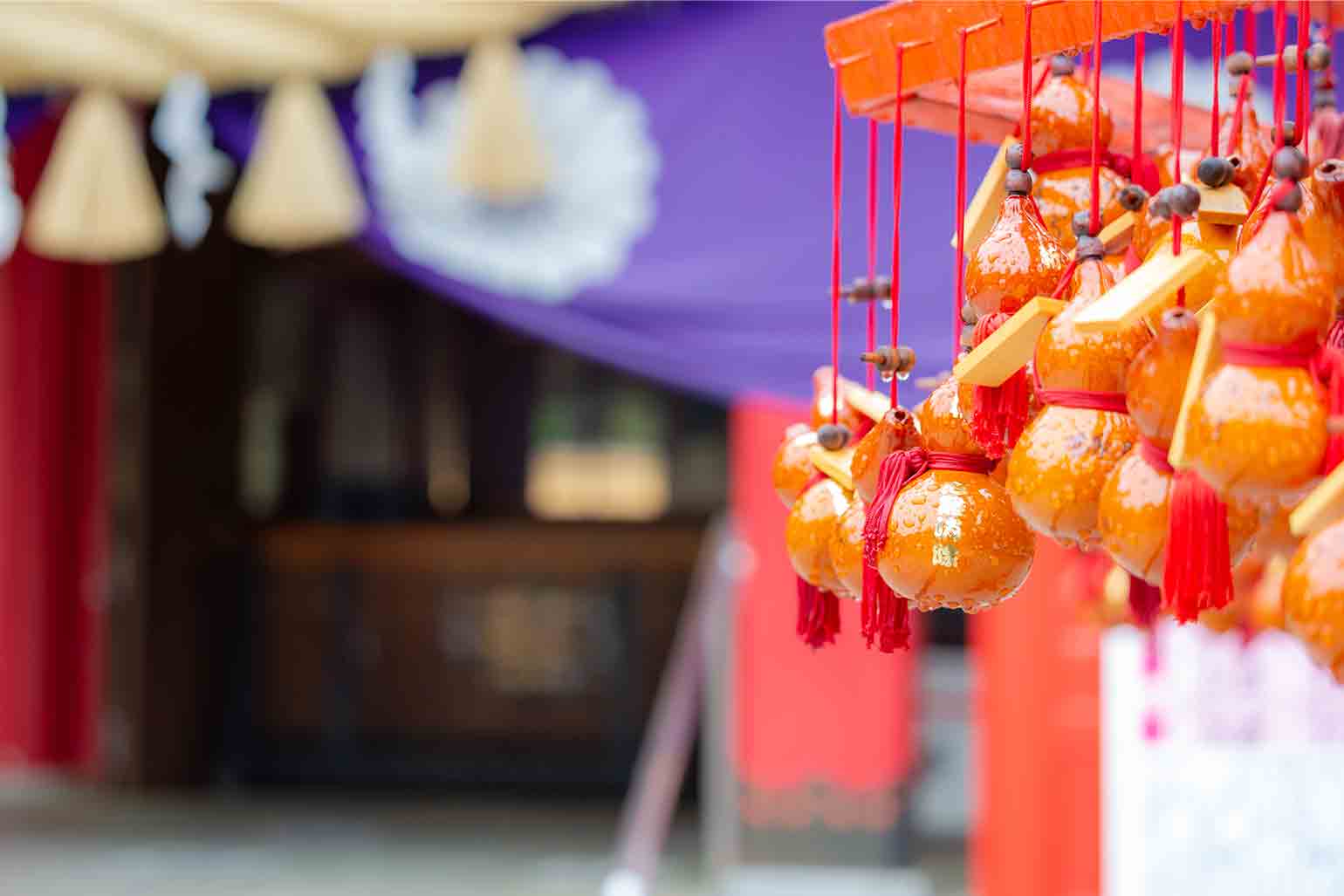 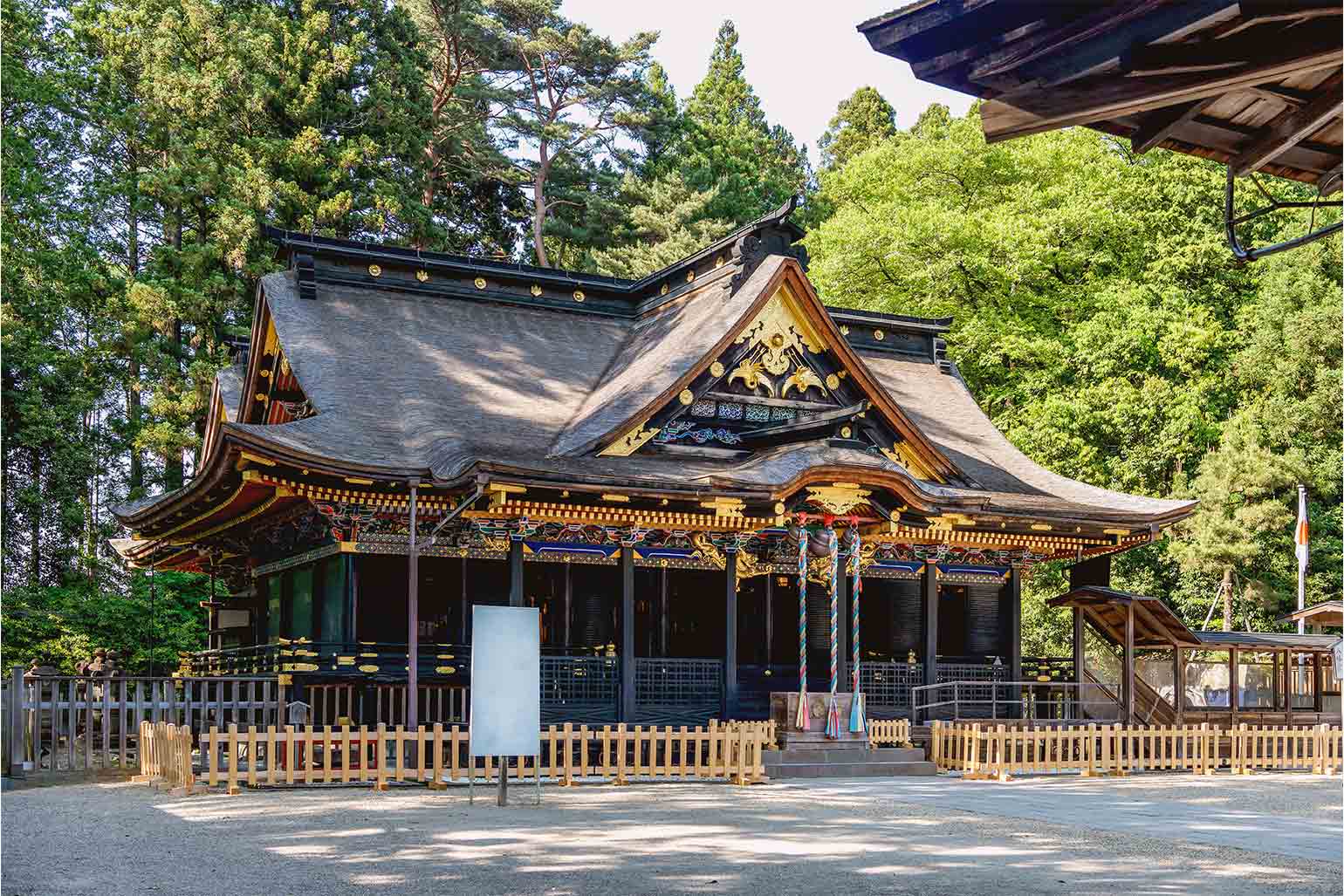 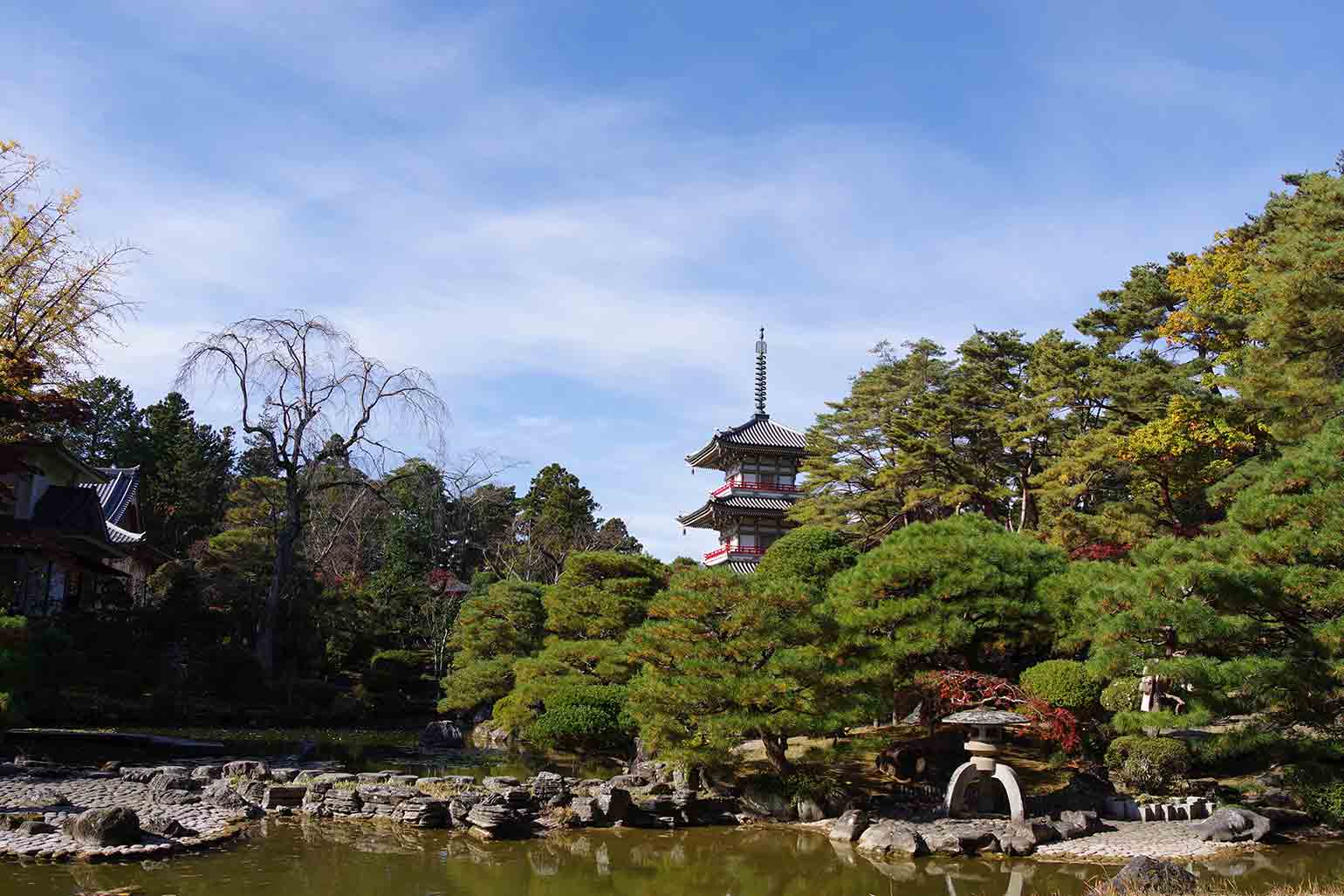 To the East, you can find the area of the old castle town. There, you can see the remains of the ancient city, which are highly in contrast with the somewhat modern western area. The atmosphere is also different, so it is fascinating to visit.

Sendai offers many specialties. If you want to enjoy some delicacies, you can choose one of the many restaurants in the vicinities of “Sendai Station”. If you are an all-eater, you cannot leave without having tried the famous beef-tongue, the mashed boiled green soybeans, sea squirt and deep-fried wheat in a rice bowl. 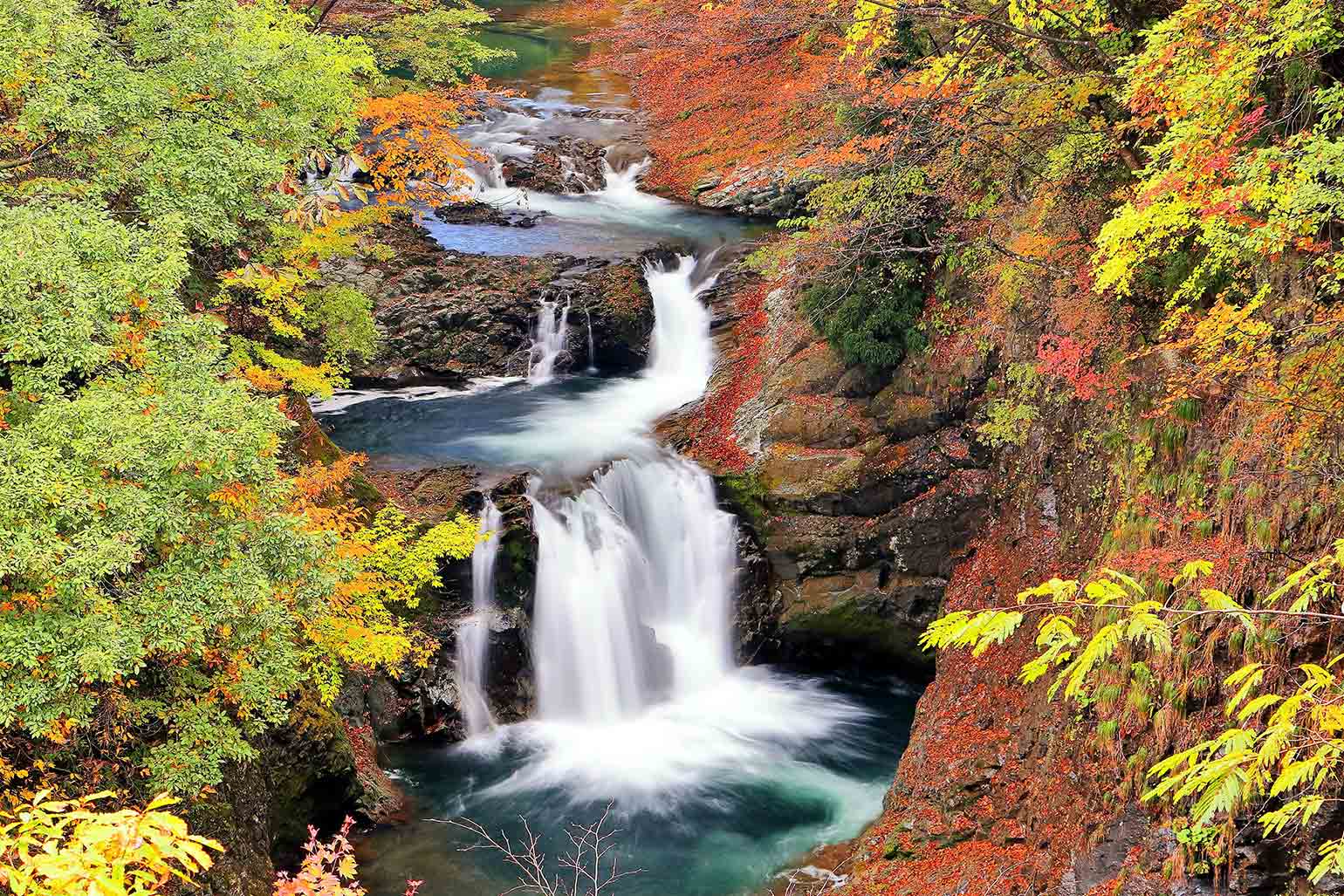 If you move away from the area surrounding “Sendai Station”, either by train or by rental car, there is a wealth of new places to make the most of. We are going to introduce a few places that you can visit within half an hour or an hour away from the central city.

If you move just a little further out of the city, you will experience a change in scenery and the appearance of a lot of green areas. Before urbanization advanced, this was a region which was rich in nature, as the name “mori no miyako” (the capital of the forest) expresses.

One of the main tourist areas around “Sendai” include the “Homei Shijuhachi(48)-taki Falls” (in the vicinities of the “Sakunami Onsen”), and the view is spectacular. “Homei” is the voice of a phoenix and Japanese God of Birds. It is quite fascinating… 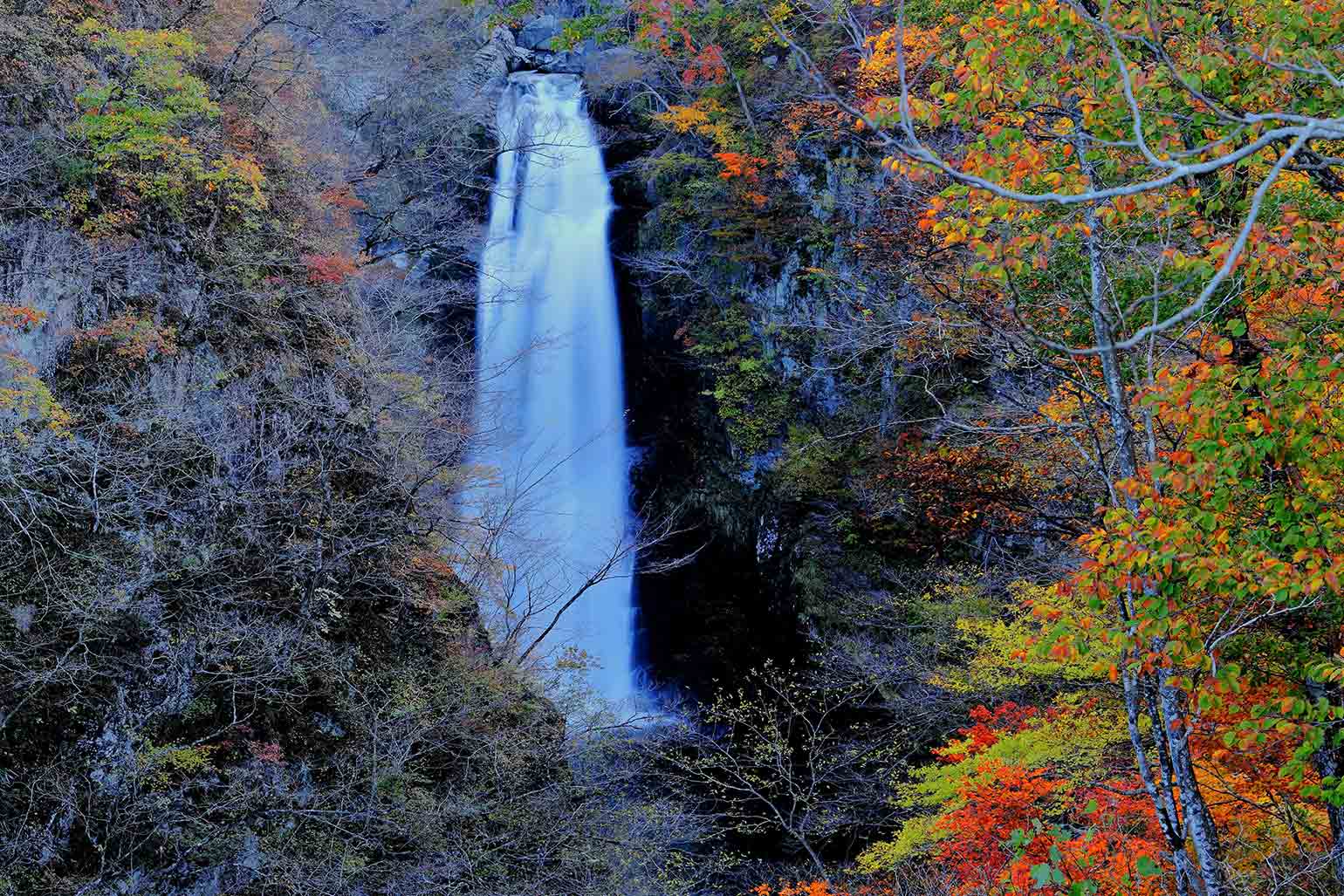 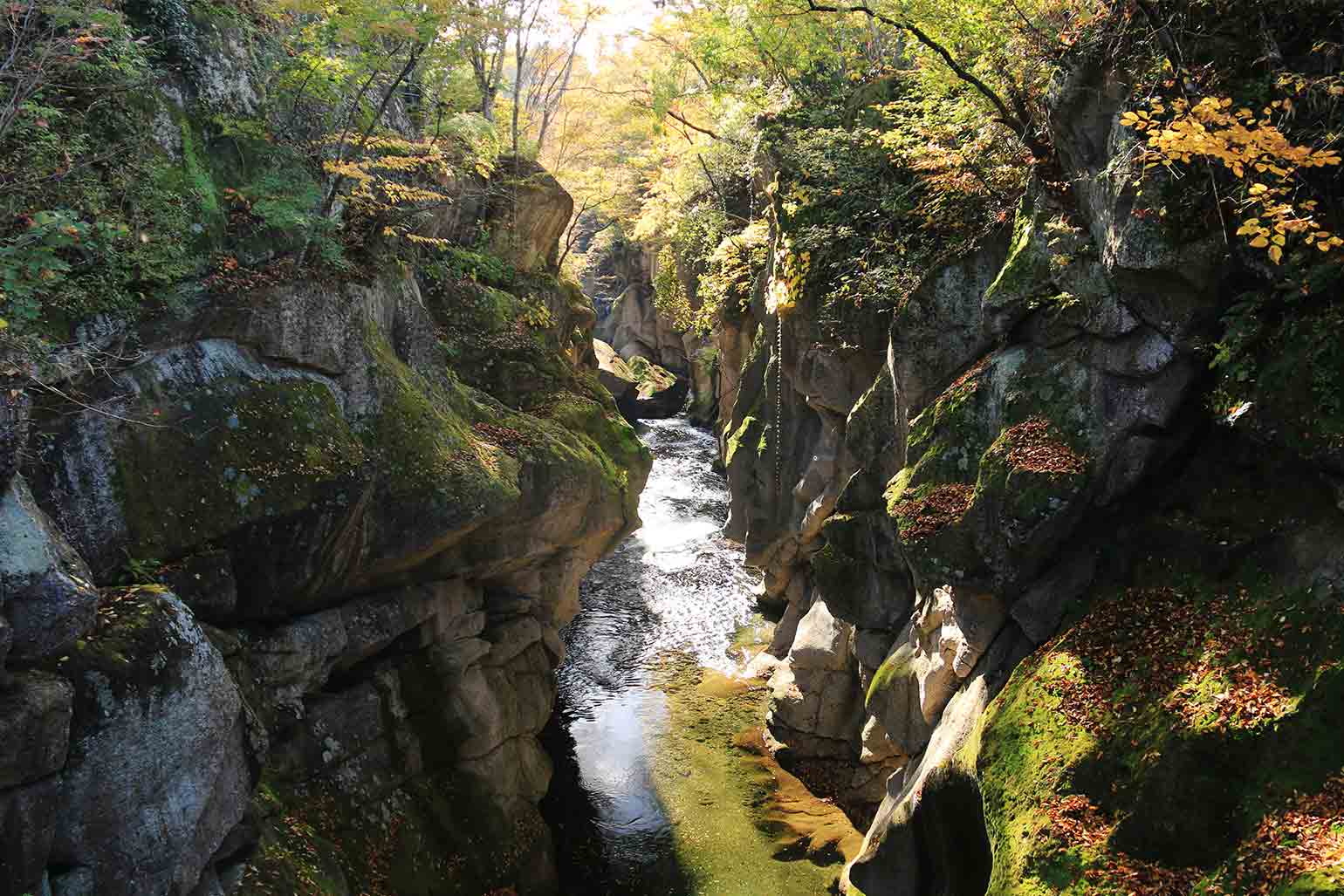 Nature flourishes in the whole area and “Nikka Whisky Miyagikyo Distillery” is another unique place which can be visited. Moreover, the “Akiu Onsen” surrounded in nature, are also two steps away and worth visiting. “Rairaikyo Gorge” and “Akiu Otaki Falls” are also excellent sightseeing spots if you are in the area. Varying on the season, you will be captivated by different sceneries.

The main tourist spots around “Sendai” 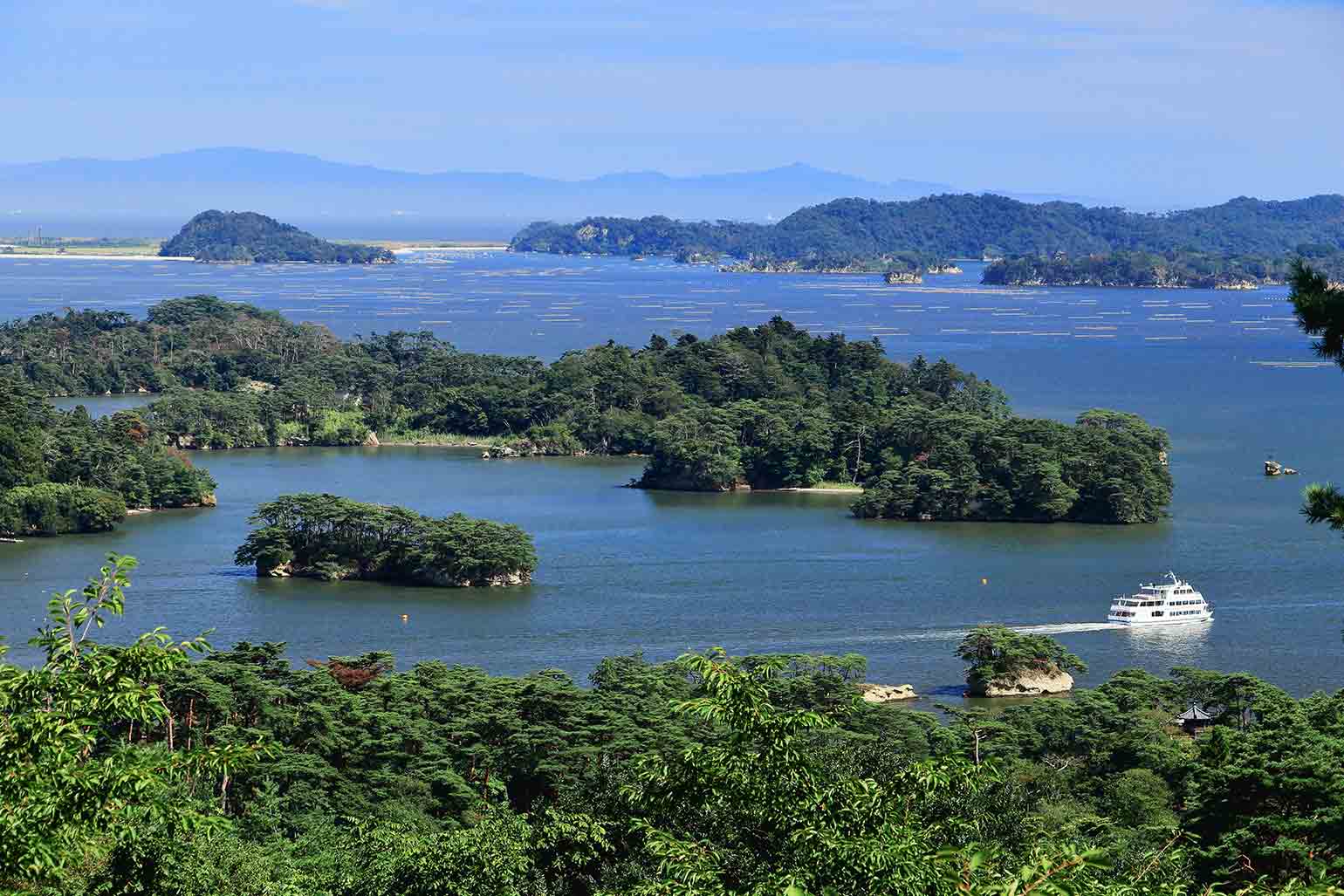 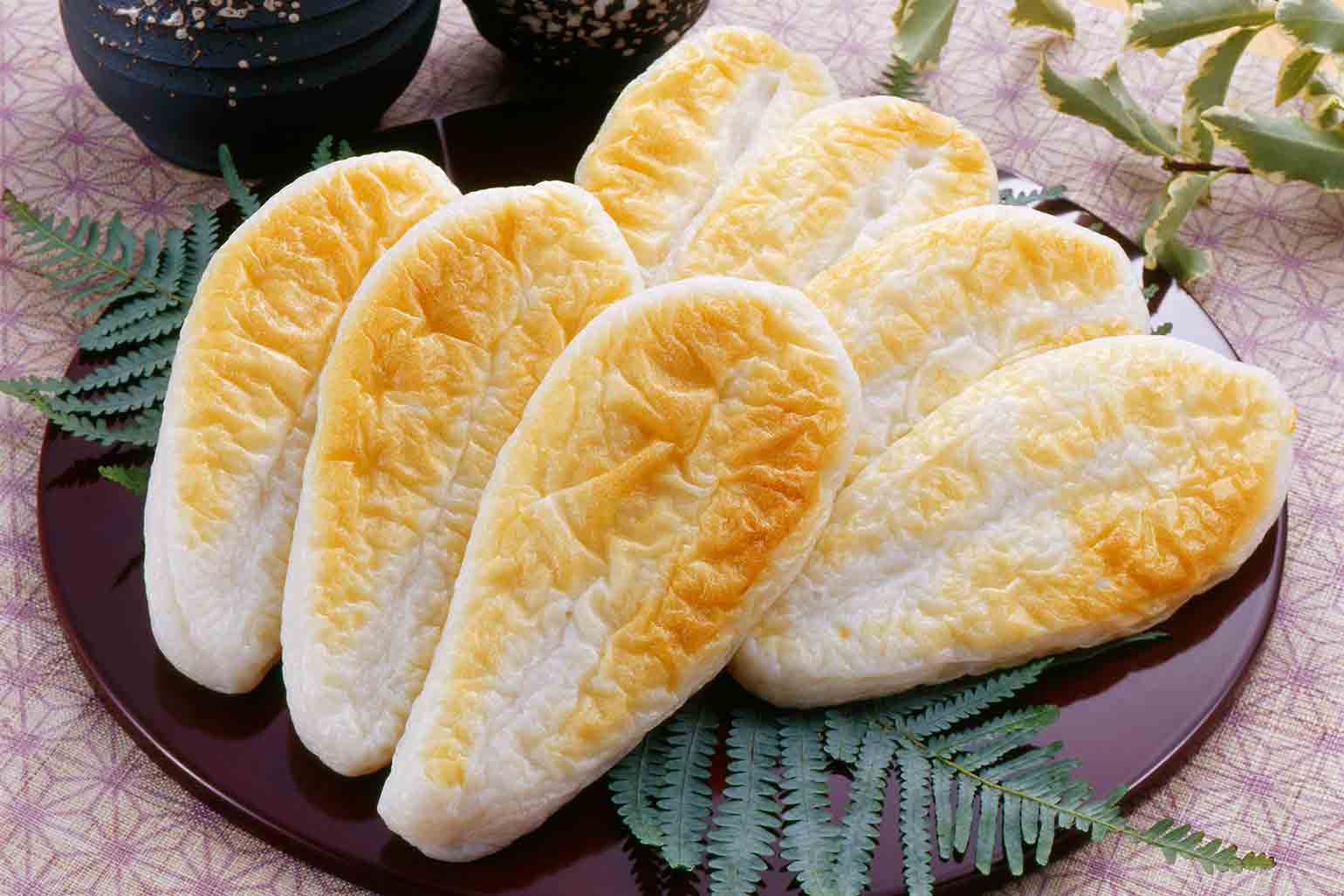 You might have heard of Japanese author Basho and his oeuvre “The Narrow Road to the Deep North, and Other Travel Sketches” (Oku no Hosomichi). “Matsushima” widely known in Japan and gained its fame thanks to Basho’s poem “Matsushima Ya”, where he describes the group of islands in Miyagi prefecture. We challenge you to find a single person in Japan who does not know of this poem. Connected to this, there is also a legend which narrates that the renown poet Matsuo Basho visited the place, he was so amazed at the beautiful sight of the area, that he recited “Matsushima, oh Matsushima”. “Matsushima” then became one of the three most picturesque viewing spots in the whole of Japan. The place is slightly far from “Sendai”‘s downtown, but it won’t take that long to reach (approximately 40 minutes by train from “Sendai Station”). If you are in “Sendai”, try to go there! Once you have visited “Matsushima”, you will want to read the poem and eventually the book! There are many more aspects of “Sendai” that you can enjoy: oysters, Japanese Kamaboko speciality with bamboo and other dishes that are typical of Sendai. 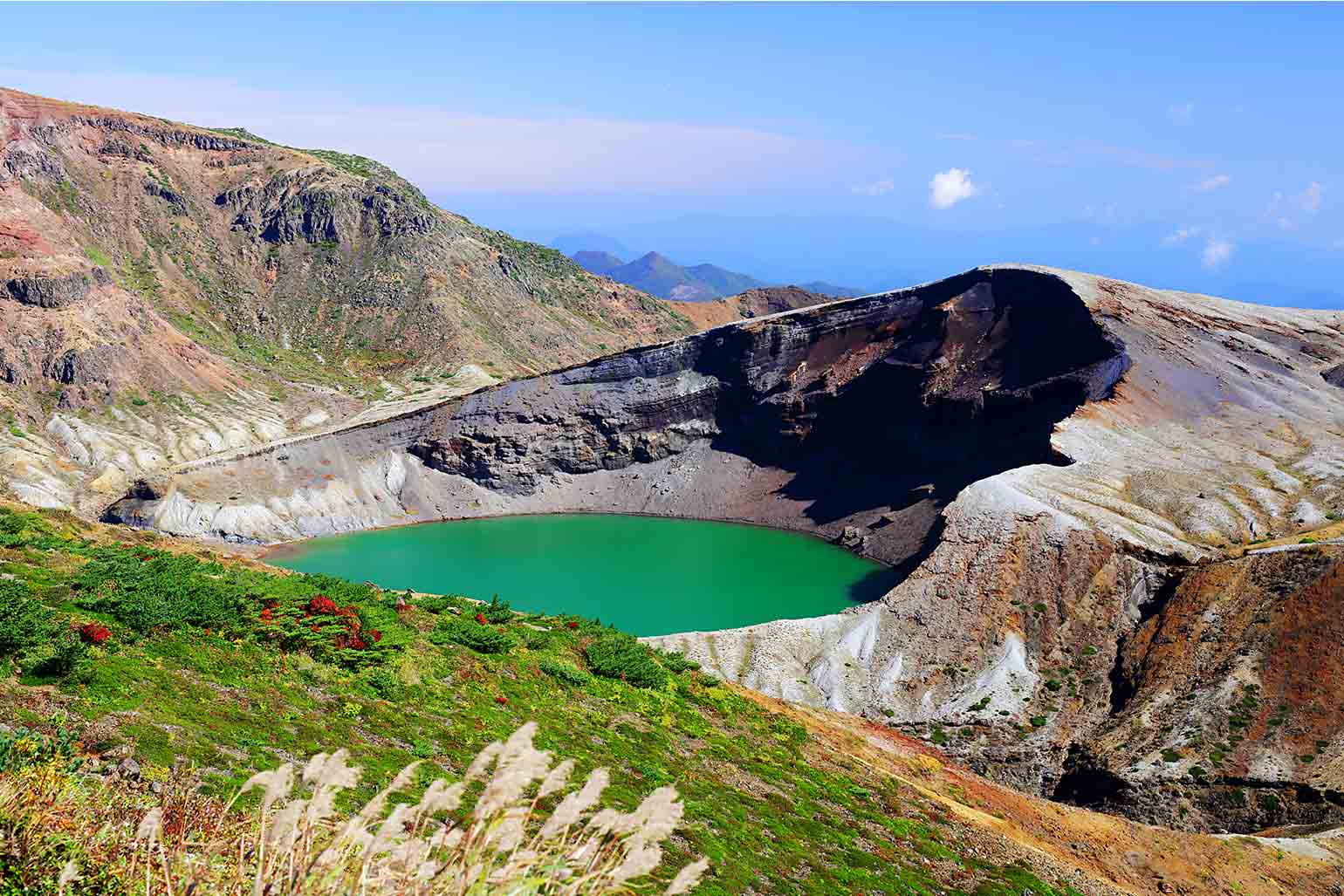 “Zao” is a famous sightseeing spot, it is located on the border of Miyagi and Yamagata prefectures. This place is renowned for drive courses so it would be difficult to visit without having a rental car or a similar means of travel. The driving course closes between November and April. The area is also famous for winter sports such as snowboarding and skiing. 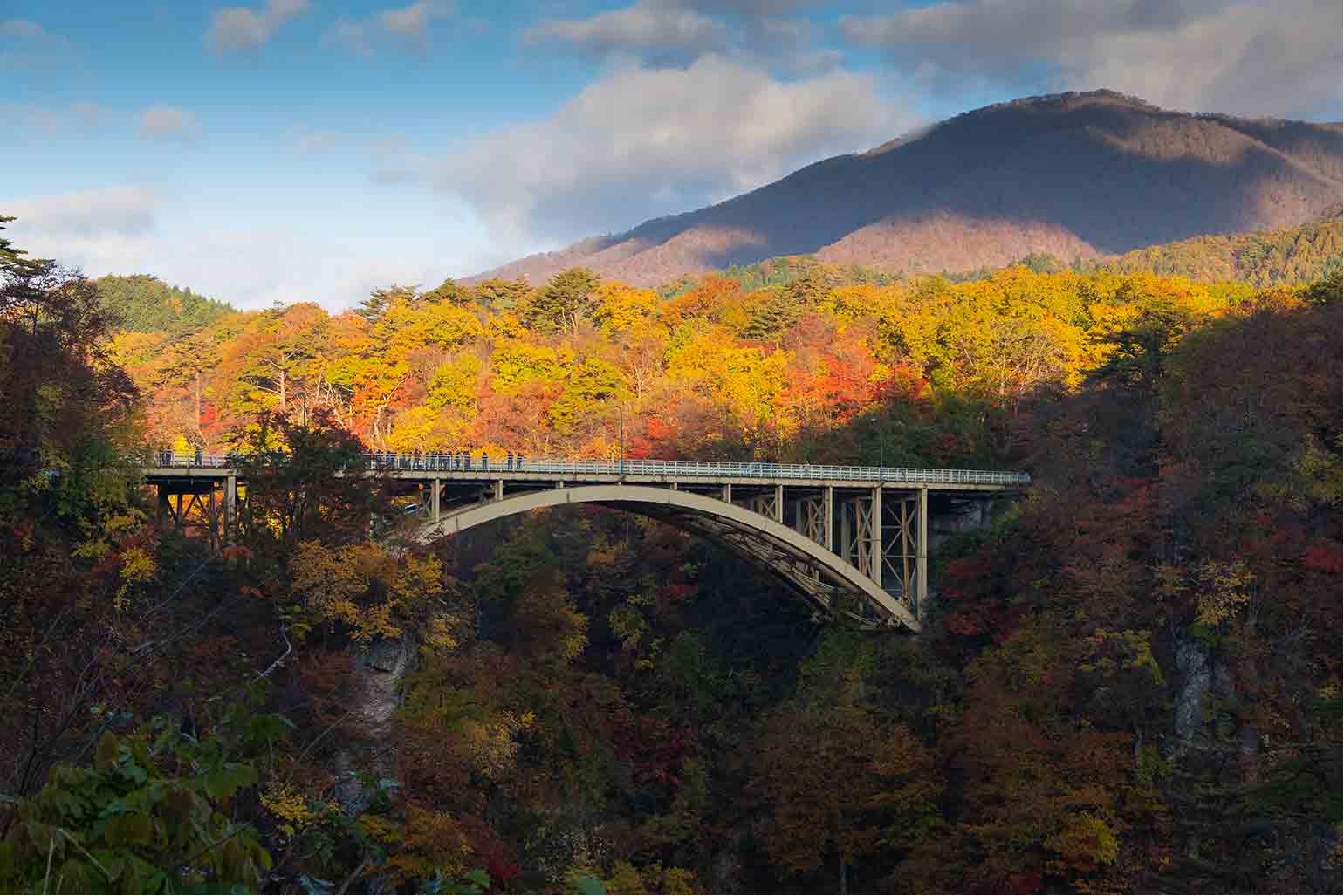 “Naruko-Kyo” is a popular spot situated in the high valley between the hot spring village of “Naruko” and “Nakayamadaira Onsen”, the first hot spring area in Miyagi prefecture. These places would be best visited by car. Being located deep in the mountains, the view is breathtaking. The best time to visit is at the end of October when autumn leaves are in full colour.