Japan has five locations registered as World Natural Heritage sites. They are “Shiretoko”, “Shirakami-Sanchi”, “Yakushima”, “Ogasawara Islands” and “Amami-Oshima Island, Tokunoshima Island, Northern part of Okinawa Island, and Iriomote Island”. They are all attractive areas, so we recommend you to visit given the opportunity, but there are still many other wonderful natural landscapes to be enjoyed in this country. 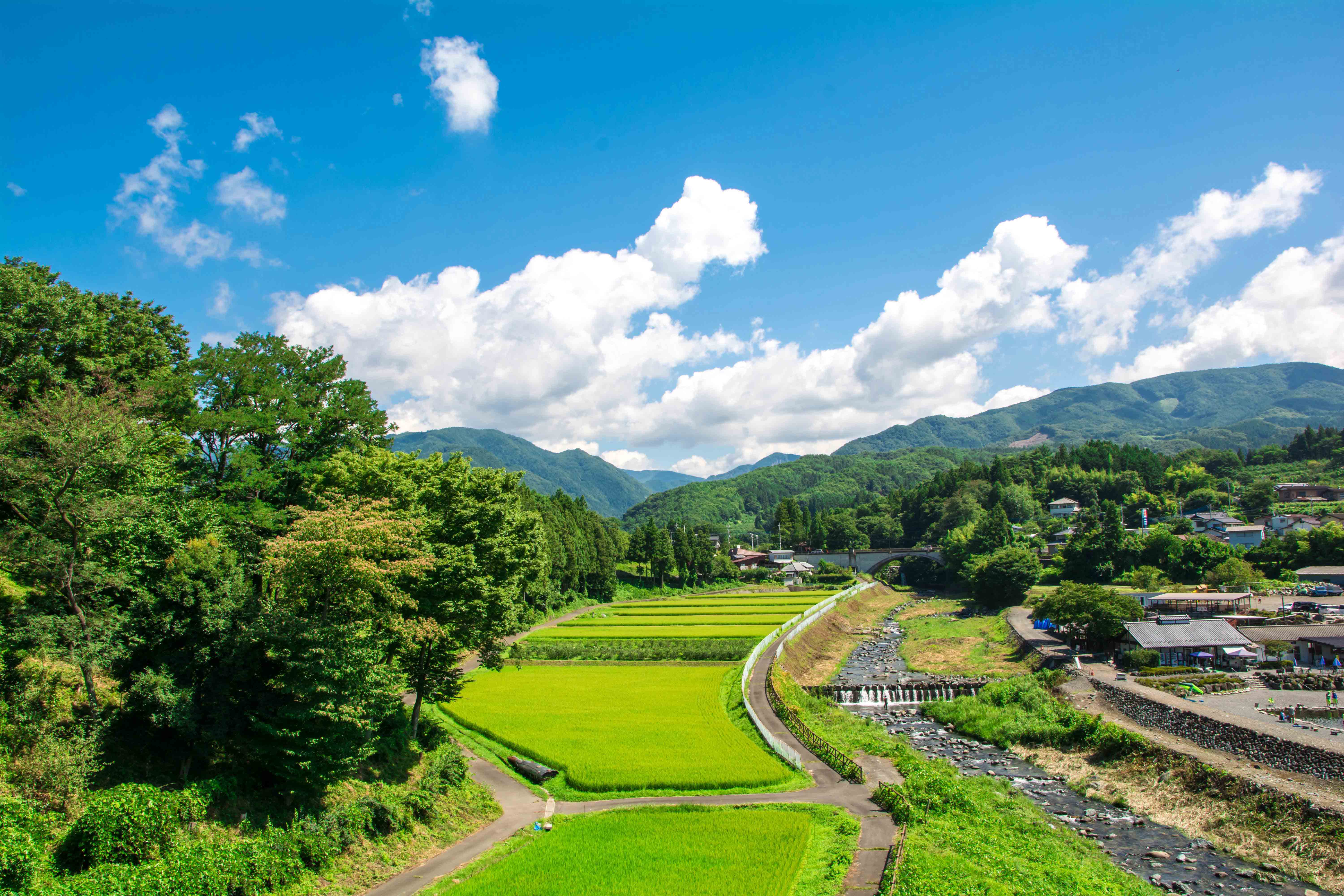 According to ancient times in Japan, it is believed there are eight million (yaoyorozu) gods. These gods live in everything around us, and we treat them all with respect and awe. It may be easy to understand this concept if you think of “god” as “spirit.” Away from the urban area, much of Japan’s natural scenery still remains. It is a so-called “countryside” landscape. But in fact, not all the original landscapes are “natural”. Our mountains, rivers, forests, etc., were mostly landscapes created by mankind. However… They have all been created with respect and even a slight fear of this concept of “Nature”. This scene of “nature” is a product of people trying diligently and tirelessly to keep our old understandings of “nature” alive. Even though many Japanese were not born and raised in the area, many feel nostalgic and comfortable in natural scenery. We hope you are able to enjoy this form of “nature” in Japan. 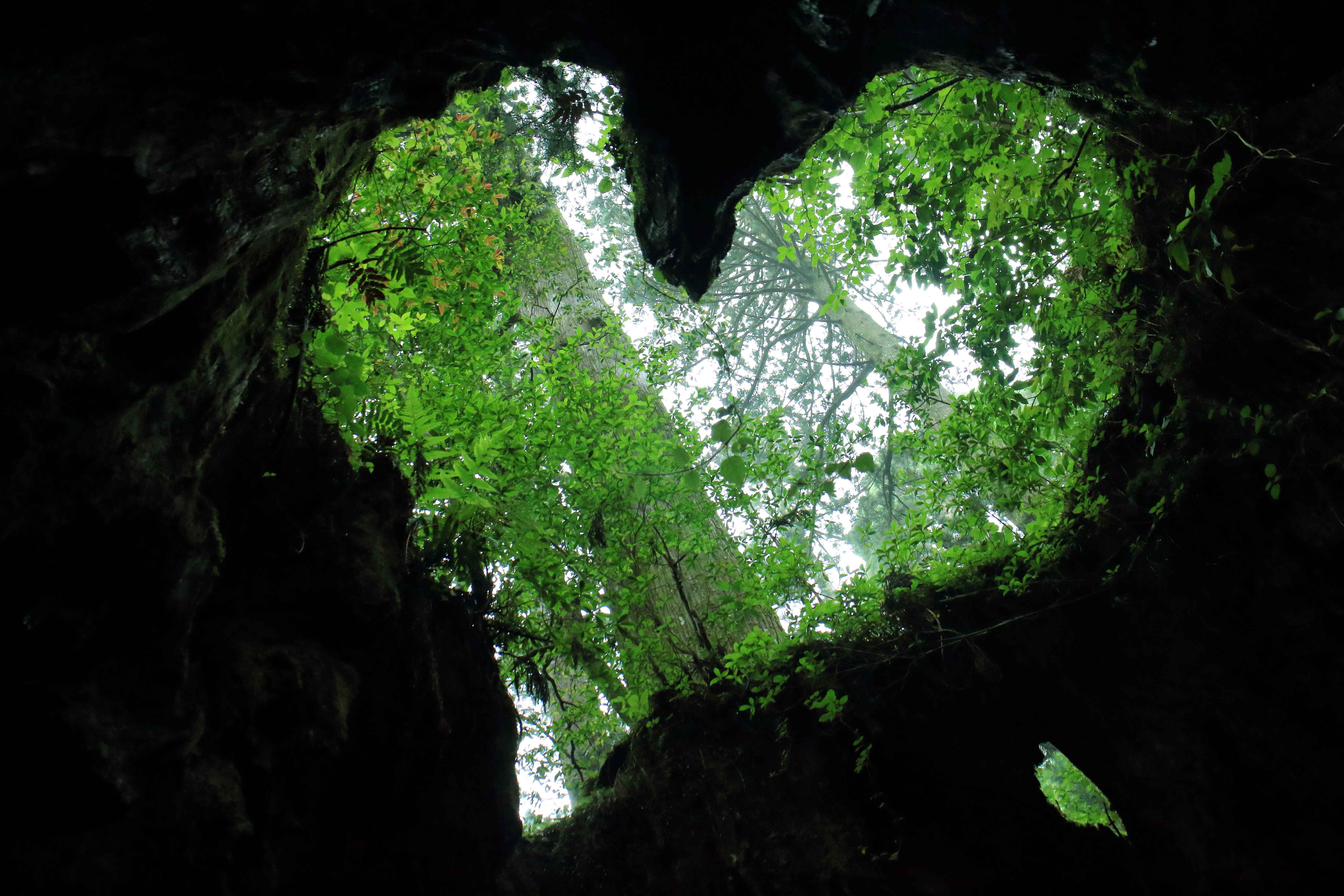 It is no wonder that Yakushima in Japan has been registered as a natural heritage site, as the Shirakami-Sanchi that we previously mentioned. It is also said that it was modelled on the “old forest” that appeared in a famous Japanese animated movie, where people could set foot.

Almost the entire area of the island is a mountainous area of 1,000 to 1,900 meters and is often called the “Ocean Alps”. Surprisingly, it snows there. The island is located in the southernmost part of the Kyushu region. Although it is a subtropical region, due to the presence of nearly 2,000 meters of mountains, it inhabits a diverse plant group which vary from the subtropical area to the subarctic. It is sporadic that such a vast flora is concentrated and distributed on one island in around 130km. Speaking of “Yakushima”, “Yakusugi” is famous for its large cedar trees over 1,000 years old, including the so-called cedar “Jomon”. The oldest registered trees are over 3,000 years of age. Going to Yakushima is like setting foot on an old forest… In the Kamakura era (the year 1100 to 1300), people inhabited the area. Starting from the Edo period, into the early Showa era, forestry thrived, and cedar trees of Yakushima were logged… It is quite incredible that a place with a history of being inhabited by humans still preserved such a unique and rare natural environment. This was arguably the main reason why the area was chosen as a natural heritage site.

However, after the registration as a natural heritage site, the area was affected by the increasing number of tourists and the so-called “tourist pollution”. Efforts to preserve the environment were made, including the introduction of eco and sustainable tourism. Should the place get further attention, problems such as environmental preservation will occur again. We hope that people can appreciate that this place is more than a natural heritage site. 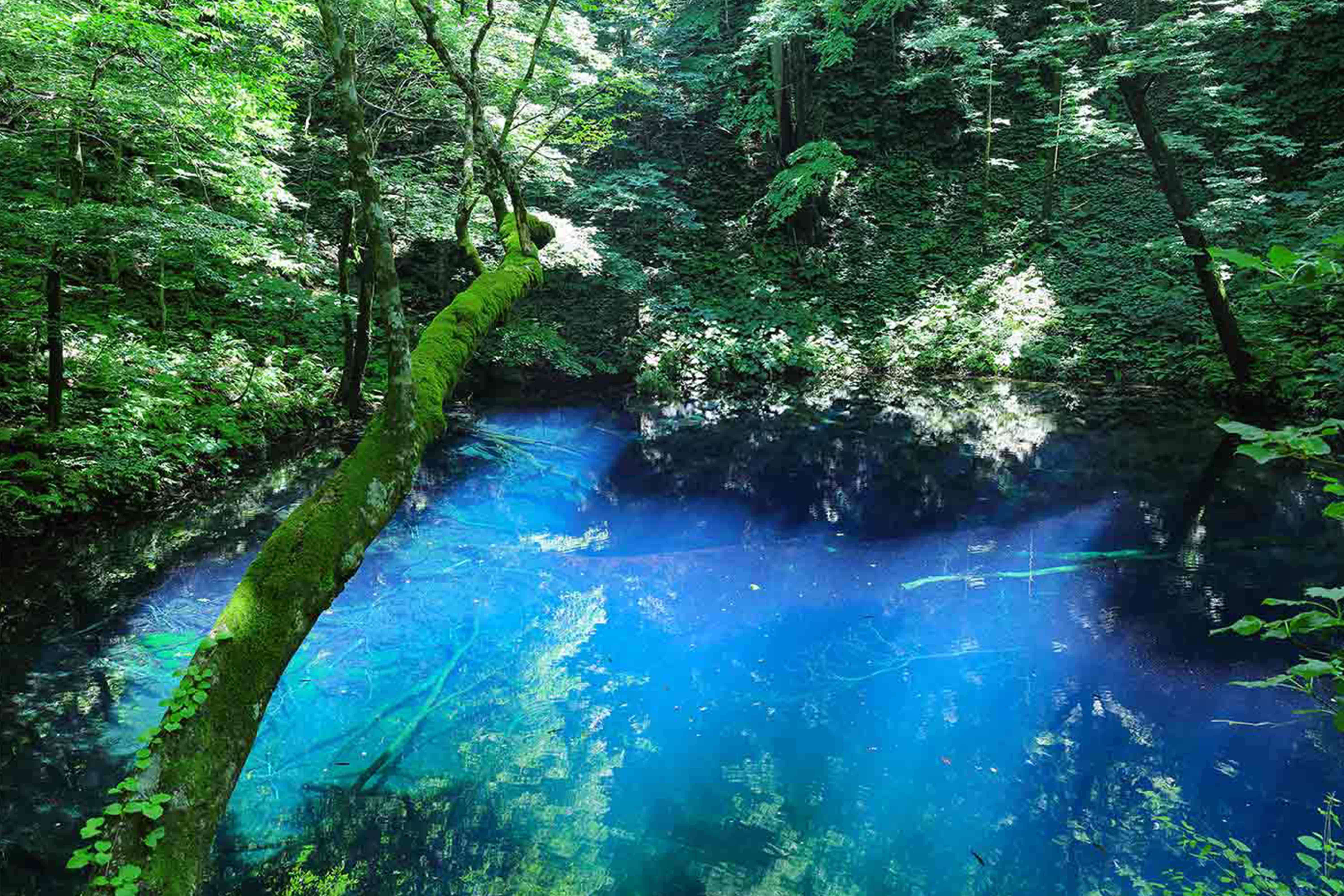 The Shirakami-Sanchi is a mountainous area which includes the last virgin forest, almost devoid of human touch.

In reality, this is not an area with specific sightseeing routes. The idea of breaking new ground and build forest roads is still out of question in the area, which is a world heritage site. This means that the area will need to be protected as it is now also in the future. So, we are not sure that the word “sightseeing” is the best to use here. The purest form of nature is the one that has not been touched by humans, and it would be misleading to call it “nature” when humans have performed some process or applied some treatment to it. However, should there be an opportunity to explore such “untouched nature”, we would love to… Including such complex feelings, we tried to touch upon this natural world heritage site, the Shirakami Mountains. There are four thousands living creatures there and beautiful birds such as black woodpeckers, golden eagles, precious types of mountain hawk-eagles. There are also black bears and Japanese dormouse… 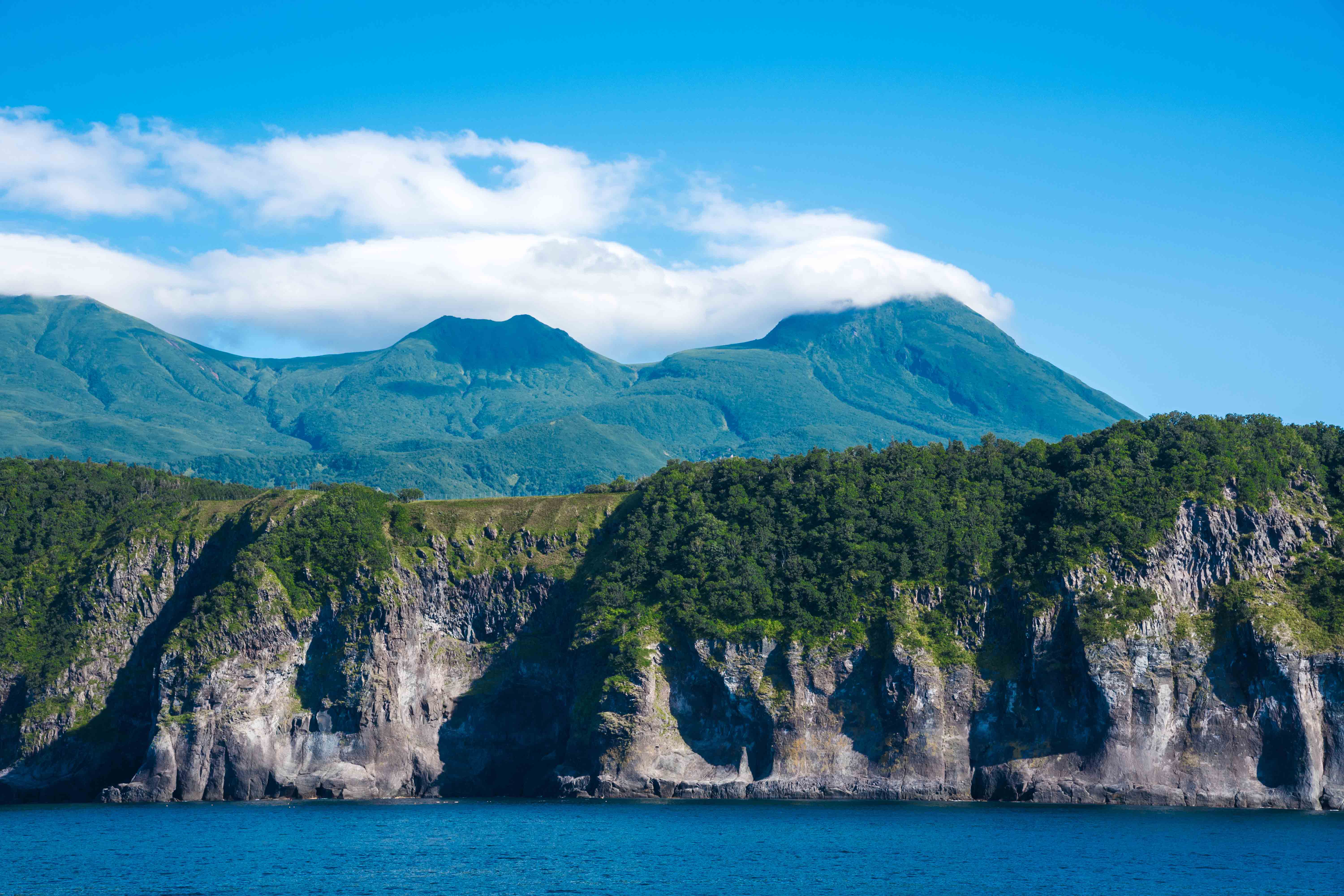 This area, which occupies the furthest to the south part of the northern hemisphere (where drift ice is) is home to a wide variety of organisms. Organisms influence one another jointly, as they inhabit the sea, land and the airspace and form part of an incredibly rich ecosystem. In addition to large fish such as salmon, pink salmon and cherry salmon, sea animals such as killer whales, earless seals and sea lions, inhabit the waters. Brown bears and Ezo-Sika (deers) walk their way on the shore. Moreover, the place is also a habitat for rare birds like sea eagles, fish owls and spectacled guillemot. It is quite rare that such different creatures of various sizes all populate such a densely crowded area. We wonder whether it is a place that gathers the nature of the land, sea and the air all at once… 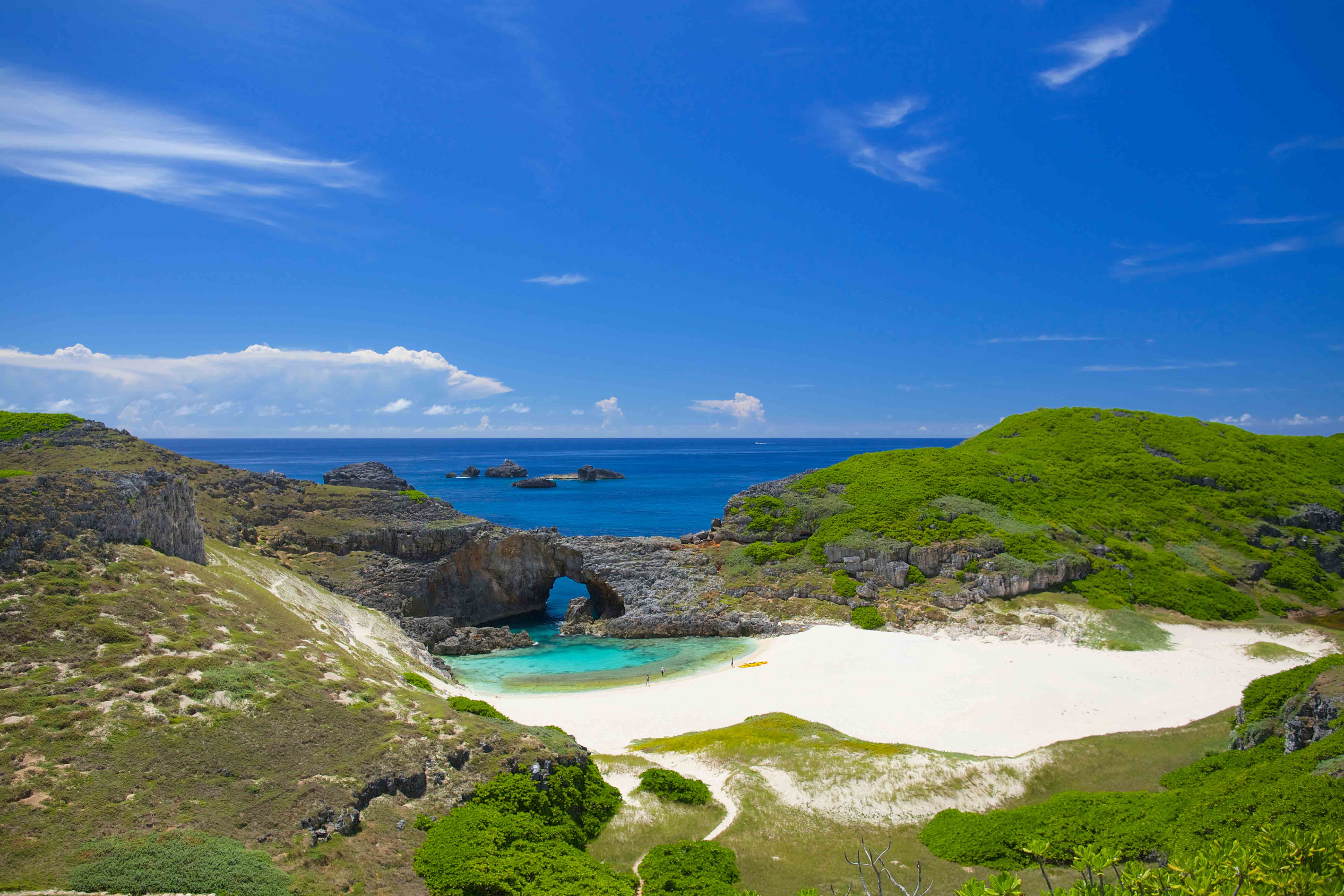 As you know, Japan is an archipelago made of 6,800 islands of any size. Every island has a wide range of territorial waters surrounding them. The Ogasawara Islands are quite far off from the mainland (Hokkaido, Honshu, Shikoku, Kyushu and Okinawa), about 800km from Honshu and 1,300 km from Okinawa. The Ogasawara Islands are located offshore from distant islands that belong to other countries’ territories. To say it in a nutshell, you will be isolated from any other environments. The Ogasawara Islands not only are far away from other islands, but they are also distant from one another. Such distance led to the formation of a range of different ecosystems on the islands. Being isolated, endemic and rare spices of both flora and fauna are a common sight and even before the registration of the area as a natural heritage site, ecotourism was fostered and implemented on the island.

This is all. For a tour of the island, pre-reservation is required. A professional guide of the island will also be required to visit the area, which might make things quite difficult to organize. But when you get to see the place, you will be amazed… 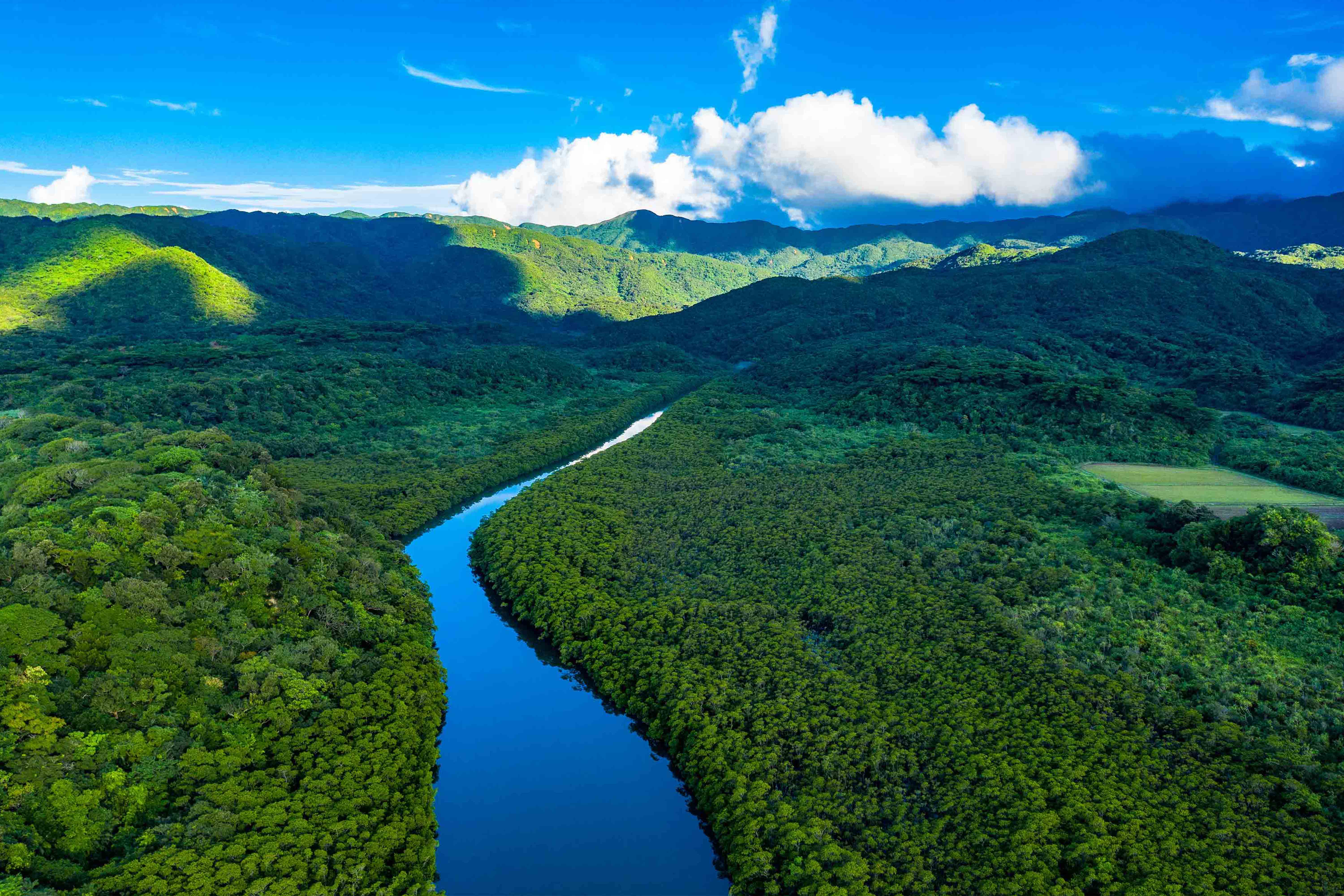 These areas were registered as a natural heritage site in July 2021. All of these areas were well known as areas inhabited by endangered/rare animal species that are listed as special natural monuments in Japan. Iriomote wildcat, Amami rabbit, Okinawa rail, Tokudaia rat species, etc… In these areas, there are so many rare fauna species that their relatives do not live in Hokkaido, Honshu, Shikoku, and Kyushu. Because it is far across the sea from the main island region of Japan, it is still an environmental region with a completely different biota. However, since modern times, the biota in these areas have been and continue to be threatened by the expansion of habitats of non-native species. Many of Japan’s endemic animals are basically small. Therefore, when its relatives and natural enemies, such as invasive alien species, were introduced, their populations were quickly decimated. To discourage them, there have been many attempts by the national and local governments to protect them. Such circumstances led to its registration as a World Natural Heritage site.

The registered name is now “Amami-Oshima Island, Tokunoshima Island, Northern part of Okinawa Island, and Iriomote Island”. The reason for this is that the areas designated as natural heritage this time do not include the entire island or its surrounding sea area, but are limited in detail to each island. As you may know, each of the islands, including the main island of Okinawa, is one of the most famous tourist areas in Japan. It is also a very popular spot for scuba diving and other marine sports. Therefore, in principle, those tourist/leisure areas are not included in the areas designated as natural heritage. The area around Okinawa is expected to continue to attract increasing numbers of tourists. In the future, tourism in these areas will face many challenges, such as balancing tourism with the promotion of ecotourism. We appreciate your understanding and cooperation when your visiting there for sightseeing.