Japanese cuisine takes the name of “Wa-shoku” in Japanese, “wa” meaning Japanese and “shoku”, to eat, meal or dish. When you are in Japan, you should definitely try out different dishes of Japanese cuisine!

Here, we are going to introduce a few aspects of it. 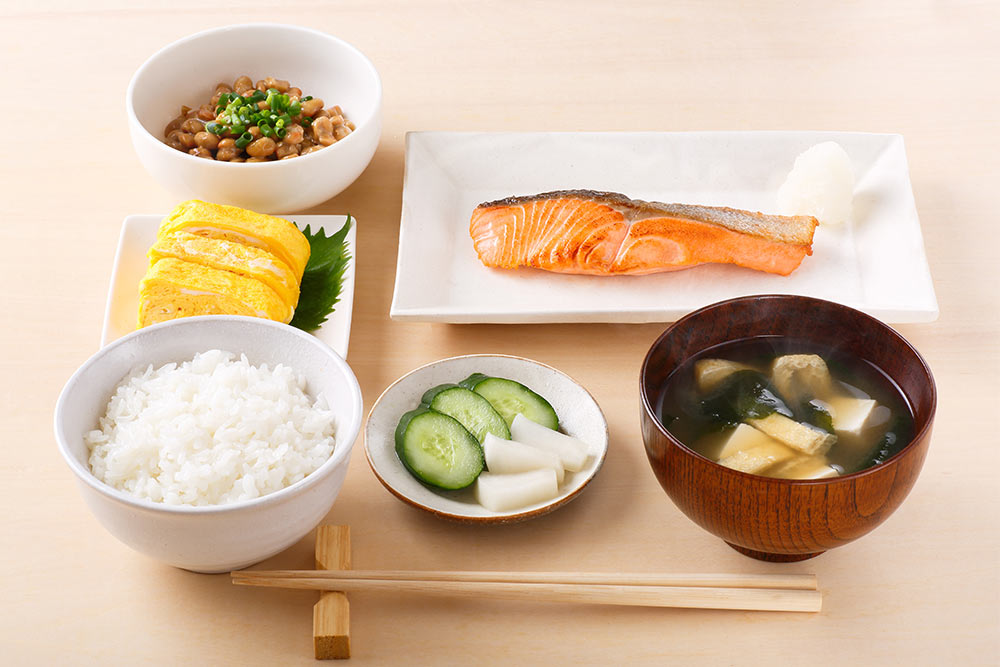 We guess that most of you are really excited to try out Japanese meals! It is common throughout the world to have an interest in the ways of cooking and health-related ingredients that are used. A lot of you might know the ingredients “tofu” and “shirataki”, the white noodles often used in Japanese cuisine.

Food culture is an extremely interesting part of every culture. As a matter of course, the climate of a region and its geographical features are conditions upon which people’s lifestyle and their physical distribution are very much influenced.

Well, thinking about this, there are many things that we are amazed about when we start eating something and try to recall the way in which we got to use certain ingredients. It might be the degree of attention we have towards food…

Let’s move on! We believe that Japan’s attention to detail and passion when it comes to food is something that we can all be proud of. 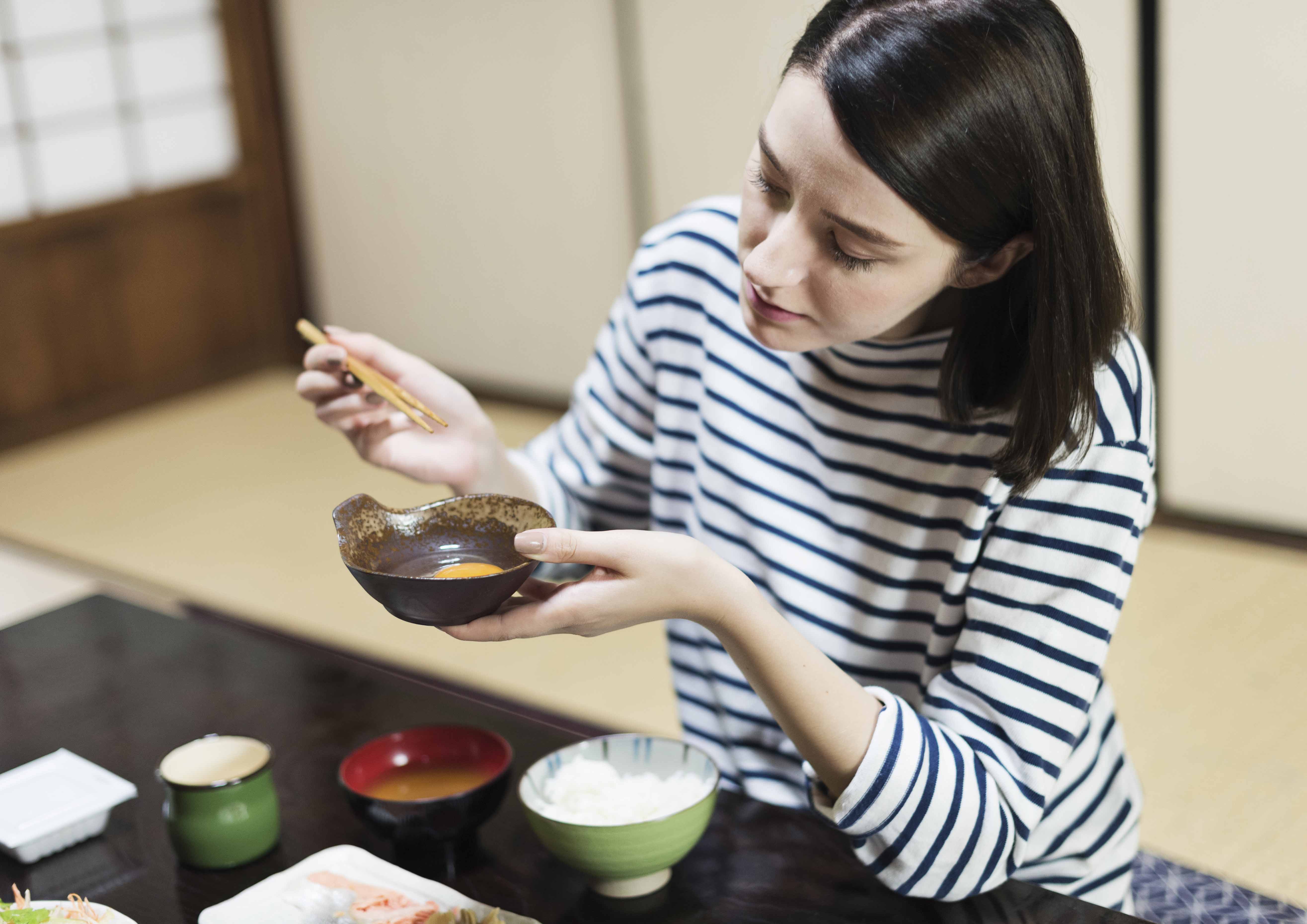 ① Food search
Is this fine to eat that food in the first place?
② Looking for the most appropriate cooking method
How would you eat it?
③ Seasoning
How can this food be enjoyed the best?
④ Willing to know more!
Is there a way to preserve this food after having had it? Are there other ways to cook it?

Perhaps we can say that Japan’s endeavor towards food is like this has vectors that are growing towards all directions. Wouldn’t you say that thinking of points ①-④ is a little bit over the limit? It sounds as if even if some ingredients and cooking methods come from abroad and are already determined, people still want to look for something extra, something else that can be done.
However, thanks to the commitment of people who thought that way, Japanese cuisine has become a very varied one. We are very thankful for that. There are a lot of skills that we have learnt and acquired thanks to our predecessor’s commitment to the world of food.

Here, we are going to introduce only a part of them. Despite it will just be a part, it wouldn’t be an exaggeration to say that what we are about to introduce, is the core of Japanese cuisine. 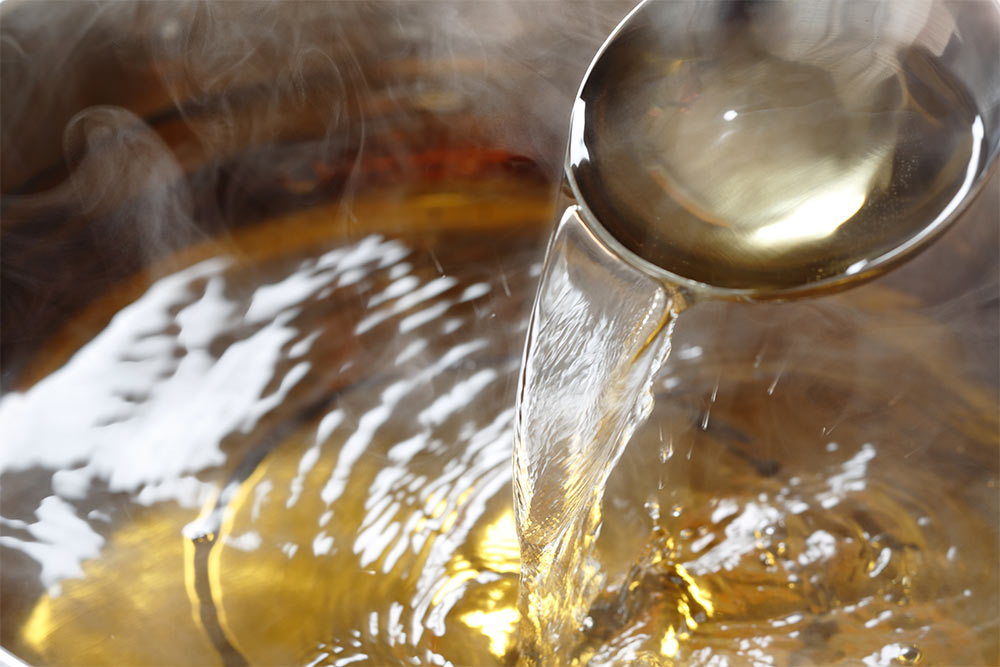 First of all, dashi is the name given to soup stock used in many Japanese dishes. Dashi is an important element of food culture around the world, not only Japan. The ingredients used to make dashi vary according to the geography of a certain region and can include meat, seafood, vegetables etc. So it is no wonder that dashi will have different tastes in different places.

The most common type of dashi in Japan is made of seafood and/or vegetables. Very common ingredients to add are katsuo (Japanese dried, fermented, and small pieces of sliced dried bonito), konbu (edible kelp) and shiitake mushroom. Niboshi (small dried sardines) are also representative of Japanese dashi.

Let’s take into consideration the method the ingredients are processed to make dashi. Dashi usually tastes better when it is processed out of dried ingredients. Once you have your piece of dried ingredient such as konbu or fish, you can either add it to the hot water just before it boils, or alternatively you can first let it soak in some cold water and then add it to the pan. Depending on the ingredients used to make dashi, you will have very different results and tastes. Sometimes the tastes you get might be the result of a series of trial and error… or just a chance… 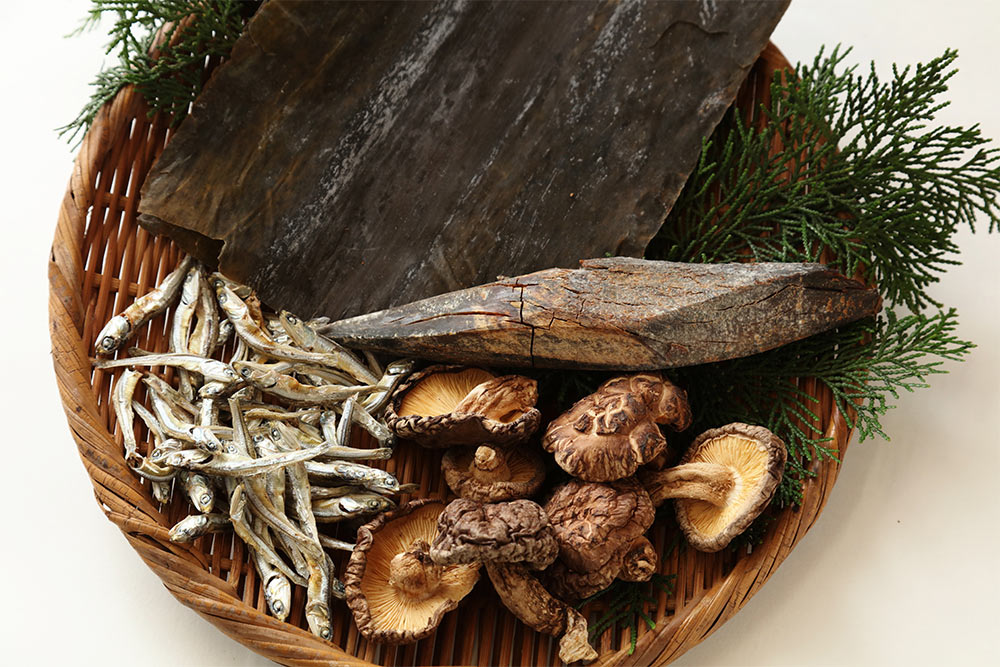 The taste of Japanese food does not only depend on the quantity of salt, sugar and other spices, but on the accurateness of the taste of dashi as well. It’s not about the taste that you can feel on the surface of the tongue, but rather about the one that soaks into it.

Dashi is used in the almost entirety of Japanese dishes. Actually, we might say that it is used in most food eaten in Japan. When you try Japanese food, give dashi a thought! 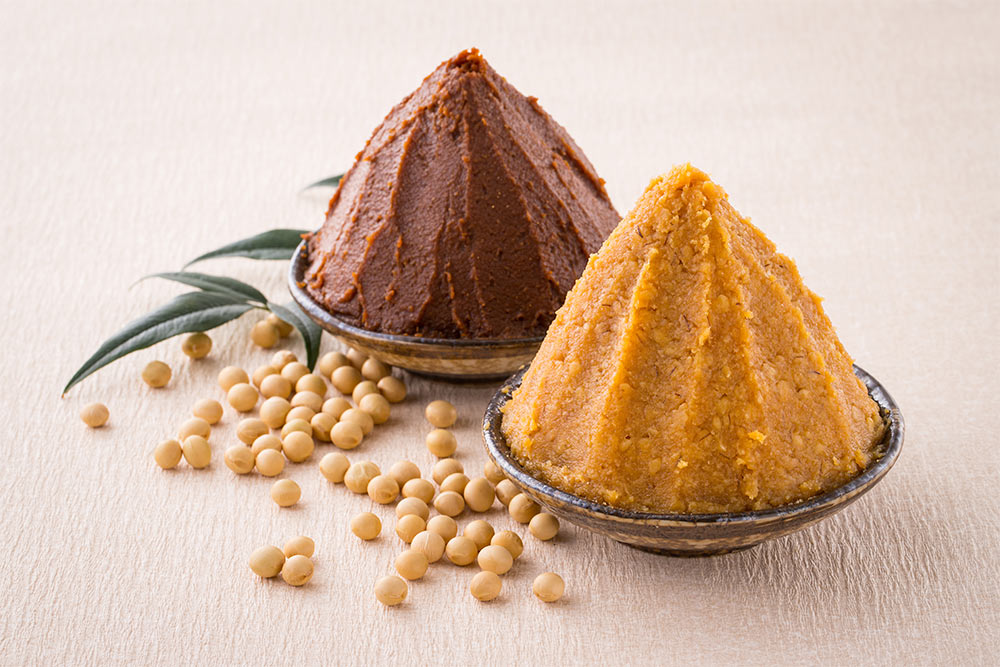 Miso, soy sauce, sake, natto… There are many ingredients and seasonings used in Japanese cuisine that are fermented.

Fermented food is not only something Japanese. Fermented food must also have been an outrageous series of trial and error. Miso and natto are particularly remarkable, but isn’t it incredible to think that just because they underwent a fermentation process, their nutritional value has increased from the original form and it now has positive effects on our health?

What is common to fermented food is that it all has a strong smell and taste. Again, the taste can vary from place to place. It does happen that the same original product has fermented in different ways and produced different tastes to the point that people of a certain country dislike a fermented product from a different place or like just the latter. However, as we said above what really characterizes fermented food is the unique smell and taste.
Please give it a chance! Did fermentation also come about as a result of our predecessor’s commitment to food?

For example… it seems like natto (Japanese fermented beans) came about in the Edo period when merchants were bringing just normal beans contained in their straw but because at the time they had to walk several days from Osaka to Edo (nowadays Tokyo), and by the time they arrived in Edo and opened the straws, they realized that the beans had fermented and produced a stretchy, white thread that characterizes fermentation.
They tried it and, after all, it was not that bad!

So, what do you think?
We’re sure you are getting hungry as we’re talking about food and more food…

Let’s have a break.