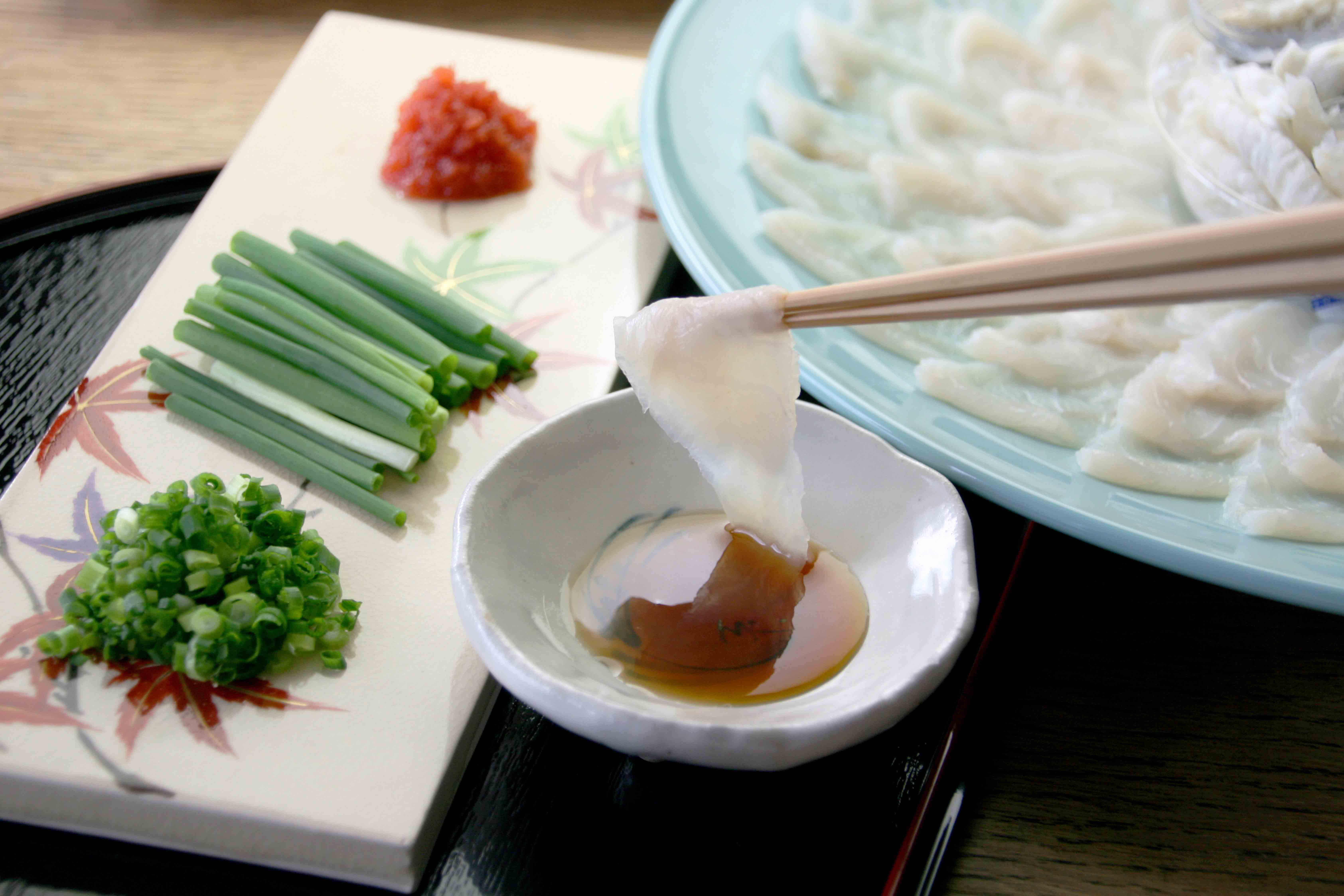 The quality of “Japanese food” depends on “Dashi (broth)”. We’ve told you a few times that “Dashi” is the key to good taste. Well, “Japanese food” is often said to be “light” or “bland” compared to foreign cuisine. It’s true that there are not many cuisines in “Japanese food” that are highly seasoned or oily. There are also not many distinctly pungent tasting cuisines. Perhaps just a “light” or “bland” cuisine will make you feel inadequate. The magical presence of “Dashi” makes “Japanese food” taste so profound, and that is surely the charm of Japanese food. However… even the Japanese have always wanted a stimulus or an accent to their taste. It’s nothing new, but it’s been around for a long time. They wanted ingredients that are flavored with strong aromas or flavors. For example, Soba, Udon, Tofu (Cold Tofu), Sashimi… “Dipping sauce” or “soup” taste alone, both cuisines are very lightly flavored. It may be a bit lacking. But you just add a little bit of flavoring of some kind to them… The cuisine will make you so yummy-yummy-happy. Such a kind of flavoring is called “Yakumi” in Japanese, it means condiments. 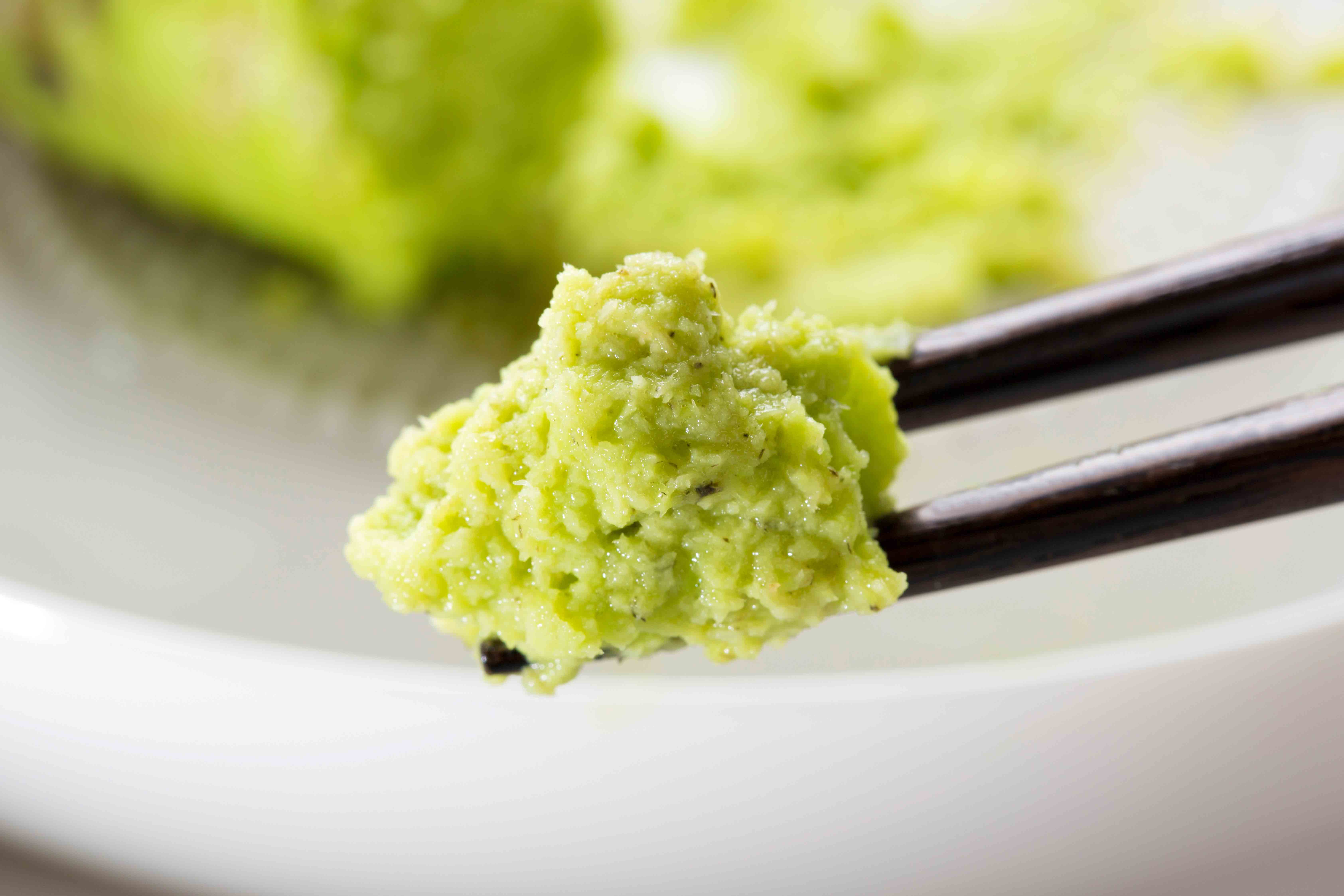 “Wasabi”, “Japanese mustard”, “Garlic”, “Ginger”, “Zingiber Mioga”, “Green onion”, “Shiso leaf”, “Sansho”, “Nori”, “Chili pepper”, “Sesame”… “Grated daikon radish” is another popular condiment. Many of the ingredients used as “Yakumi” can have bactericidal / antibacterial properties due to their very strong aroma and taste. Japan has a food culture that is eaten raw, you know. “Couldn’t we somehow eat seafood, etc., in its near-raw (or fresh) and be delicious?” “Can’t we eat it without losing the taste of the ingredients themselves?” Our predecessors probably thought that, and they’re very much through trial and error. And this “Yakumi” was very much in line with their needs.

There are a variety of typical flavors and spices that are unique to each country or region of the world. In “Japanese food”, it might be this “Yakumi”. Since many of the “Yakumi” have a distinctive aroma and taste, people will have different tastes in them. We hope you will find some “Yakumi” that you like.

・Wasabi：
It is one of Japan’s most popular condiments used when eating cold dishes such as sushi and sashimi. It is also often used in cold noodle dishes such as soba and udon. It has a sweet scent and a unique pungent taste that reaches the back of the nose. Wasabi is a cruciferous plant native to Japan, and there are records that it was already eaten before the 8th century. One of the major characteristics of Japanese food culture is the practice of eating food raw, without heating it, you know. The strong scent of wasabi reduces the fishy smell of food and has antibacterial and antiseptic effects, so it must have been very compatible with the practice eating food raw. Wasabi itself is generally eaten raw, as its flavor is lost when heated. In general, the root stem is often grated and served as a garnish. The leaves are edible as well, this part is less pungent and flavorful, and has a slightly bitter taste. We recommend it for sightseeing because many of the areas where horseradish is grown, called wasabi fields, are known for their fresh, clear water.

・Wa-Karashi (Japanese Mustard)：
It is a paste made by kneading the powdered seeds of a plant in the Brassicaceae family called “Karashi-na”. It has a unique spicy taste that is different from both wasabi or chili peppers. This condiment is said to have been introduced through China. You should think of “Wa-Karashi” as a completely different one from so-called “Mustard”, which is made as a condiment by adding other spices. It is often used when eating oden, natto, fried foods, and shumai. As a matter of fact, the “Wa-Karashi” products that are commonly distributed in Japan is in tube packages. Most of them are made by adding fats and flavorings to western karashi-na. The original “Wa-Karashi” made from kneaded karashi-flour might be rarely eaten.

・Garlic：
Garlic is a well known ingredient all over the world, right? Therefore, the flavor and taste can vary considerably depending on the production countries or regions. Even if you look only on garlic from Japan, it really varies. It was introduced to Japan from China by Buddhist monks. In the beginning, due to its unique and strong flavor, it was not used as an ingredient for cooking, but rather as a kind of medicine with nourishing and tonic effects. Later, as research on how to cook meat and seafood was carried out, it came to be used as an ingredient and condiment around the middle of the Edo period. In the modern era, it has been eaten by the general public due to the introduction of cooking methods as a foodstuff in the West. Grating or slicing garlic and eating it raw as a condiment might be unique to Japan. It is a very familiar condiment for sashimi and grilled meat for Japanese.

・Ginger：
This one is another ingredient that has been well known all over the world for a long time. It was brought to Japan from China in the 2nd or 3rd century. It is said that it was initially introduced as a herbal medicine. Because the flavor is not lost when heated and the flavor is not as strong as garlic, it was able to adjust to the Japanese food culture rather quickly. It was probably also compatible with the seasonings used in Japanese food (soy sauce, vinegar, sugar, and etc.) and the Japanese like taste. It is often used in traditional Japanese cuisine. As a condiment, it is often eaten raw, grated or chopped.

・Zingiber Mioga：
It is a plant of the gingers that is characterized by its unique scent that makes you feel indescribably ennui. When eaten as a condiment, it is mainly used with ingredients that are eaten raw. Mioga itself is also used as an ingredient in tempura, vinegar dishes, and soup dishes. It is said that eating mioga makes you forget things because of its scent. Don’t worry. Of course, there is no scientific basis for this. Some Rakugo (classic Japanese comic storytelling) and folktales are based on these sayings. Since it is mentioned in an anecdote of a disciple of Buddha, it probably originated somewhere in East Asia… It was introduced to Japan along with Buddhism…? It is an ingredient that is often not well known…

・Green Onion：
It is called “Negi” in Japanese. This is a vegetable that has been eaten in East Asia for centuries. It is thought to have been introduced to Japan around the 7th or 8th century, and to have been used as a herbal medicine. Different varieties are grown in different climates and terrains throughout Japan, and each has its own unique taste and flavor. Many regions are known as famous production areas. It is a very typical vegetable used in Japanese cuisine. It is also widely used as a condiment in both cold and hot dishes, as its flavor and taste remain relatively intact even when cooked. It is indispensable for noodles, natto, and tofu dishes.

・Shiso Leaves：
There are two main types of shiso leaves: the reddish purple shiso leaf and the green shiso leaf. The green one is also called “Oba”. It is green shiso leaf that is used as a condiment. Shiso leaves are also said to have been introduced from China. It is said that its cultivation spread in Japan around the 9th century. As you can guess, it seems to have had many uses as a herbal medicine. The characteristic of shiso leaves will be that indescribably pleasant, cool and elegant scent (“I” love them). It is very rich in vitamins, minerals and fiber, and has strong antioxidant and antibacterial properties. We can say that Shiso leaves must be very hyperfood. Therefore, it is a perfect match for raw food dishes such as sashimi. It does not withstand heat treatment, so shiso leaves itself might be almost always eaten raw.

・Sansho：
This sansho is a plant native to Japan. Young shoots, leaves and fruits are the edible parts. Apparently, it was already being eaten around 1400-1500 years ago. It may be the oldest spices or condiments in Japan. As a condiment, it is used in grilled dishes such as eel and simmered dishes to add color and look.

・Nori：
As condiments, finely sliced sheets of Nori (called “Kizami-Nori) and “Aonori (powder of green laver)” are widely known. It is a well-known traditional Japanese food. It seems to have been eaten as a food before the 8th century, but it is said that sliced sheets of nori became common after the Edo period. It is often used in cold noodle dishes and O-Chazuke as condiments. “Aonori” is the stuff that is sprinkled on okonomiyaki and takoyaki. The raw materials for “Aonori” are different from the raw materials for Nori. The powdered type is used as a condiment.

・Red Chili Pepper：
It’s an ingredient / spice known all over the world, right? In Japanese cuisines, it is often used as an ingredient / spice, and is also used as a condiment in the form of “Shichimi-pepper” and “Ichimi-pepper”. It is used to add a bit of spiciness to dishes. It goes well with noodle dishes, miso soup, and Don-mono (rice bowls).
※ The ingredients in “Shichimi-pepper” include red pepper, sansho, hemp seed, sesame seed, keshi seed, shiso leaf, aonori, black sesame, ginger, etc. The four essential ingredients are red chili pepper, sansho, hemp seed, and sesame seeds, and the remaining three can be combined in various ways. “Ichimi-pepper” is a powdered form of red chili pepper only.

・Sesami Seed：
The edible kind of sesame seeds originated in the Indian region. Of course, it was introduced to Japan through China. It was also used as herbal medicine. It seems to have been cultivated in Japan since the 7th or 8th century, and has been used as an ingredient in Japanese food for a long time, but the amount produced in Japan was not large. Currently, more than 99% of what is used for food in Japan is imported from overseas.

・Daikon-Oroshi：
It is grated daikon-radish. “Oroshi” means the word “to grate” in Japanese. It is widely used as a condiment for both cooked and raw foods, as its unique pungency and sweetness can eliminate the smell of meat and seafood. It is indispensable for grilled fish. It also helps in the digestion of foods that contain fats. It is also a great condiment for tempura and other deep-fried dishes.