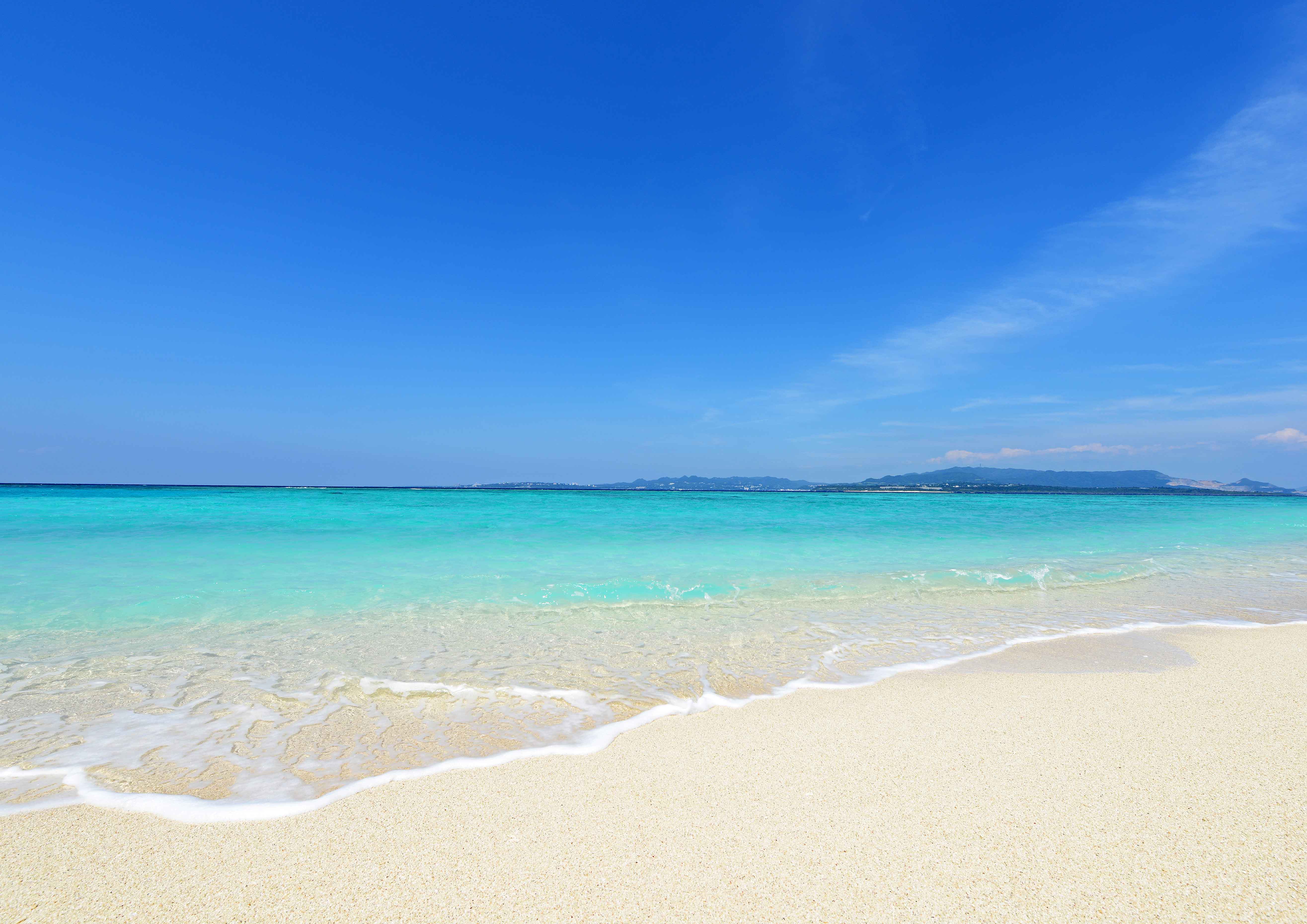 Hokkaido, Honshu, Shikoku, and Kyushu are all connected by a strip of land, so there is not much of a sense that they are relatively distanced from each other. However, to get to Okinawa (where “Naha” is situated), you must either catch a flight or go via sea routes, so people have a feeling, even within Japan, that it is a bit far off. Traversing the sea is quite fascinating and travelling to Okinawa is not the same as touring within Japan even for Japanese people.

Okinawa, the central city of which is “Naha”, used to be referred to as “Ryukyu” and it was a separate kingdom with its political system that diverged from Japan. That was in place for a long time, since the 7th century. After the 10th century, trade with inland Japan and China increased. The Ryukyu Kingdom, with the “Shuri Castle (that unfortunately burnt down in 2019)” being its main palace, originated in the early 1400s and it lasted for 450 years before the Meiji government was formed. The port city of “Naha” was constructed shortly before that. In the mid-19th century, the United States sought to open the port, as “Naha” was already at the time a strategical location between Japan and China’s mainland, as well as Southeast Asia. That made “Naha” a vital place also in terms of trade and military affairs. “Naha” was returned to mainland Japan in 1970, but the US military remained there, together with an unresolved political situation. When visiting “Naha”, you can take some time to visit places that will take you through its history.

Given the historical background and the geography of the place, it attracts many people, having a culture that hugely differs from Hokkaido, Honshu, Shikoku and Kyushu. Of course, urban areas are wholly refashioned, but historical buildings, handicrafts and even food culture significantly differ from the rest of Japan. It is interesting to think that “Naha” flourished and it was connected to Japan, mainland China and Southeast Asia through trading. The climate is temperate throughout the year, and the maximum temperature is never as high as it can get in the main island of Japan. Humidity is also not as much a problem as it is in the rest of Japan. It is indeed a perfect place to live. 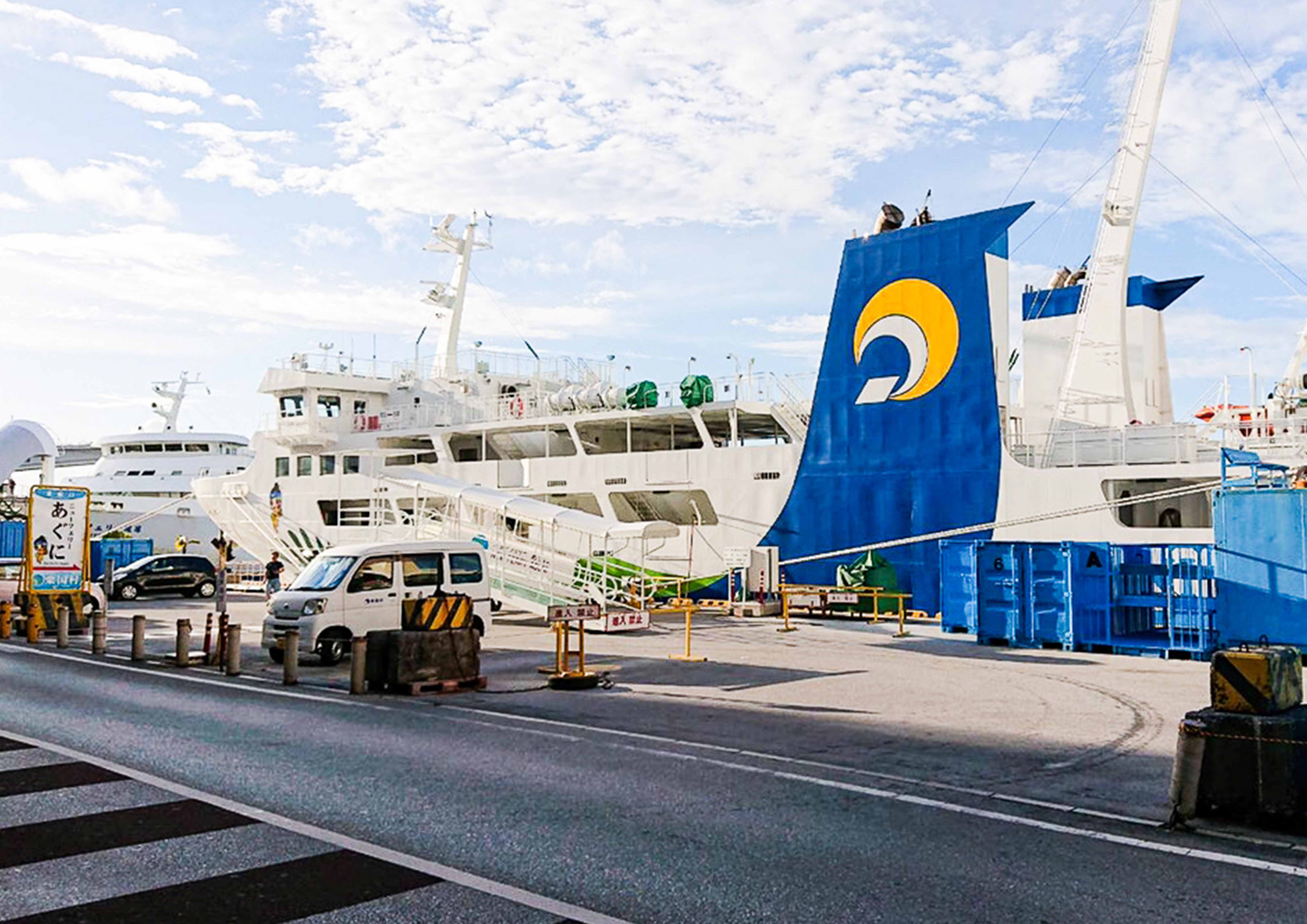 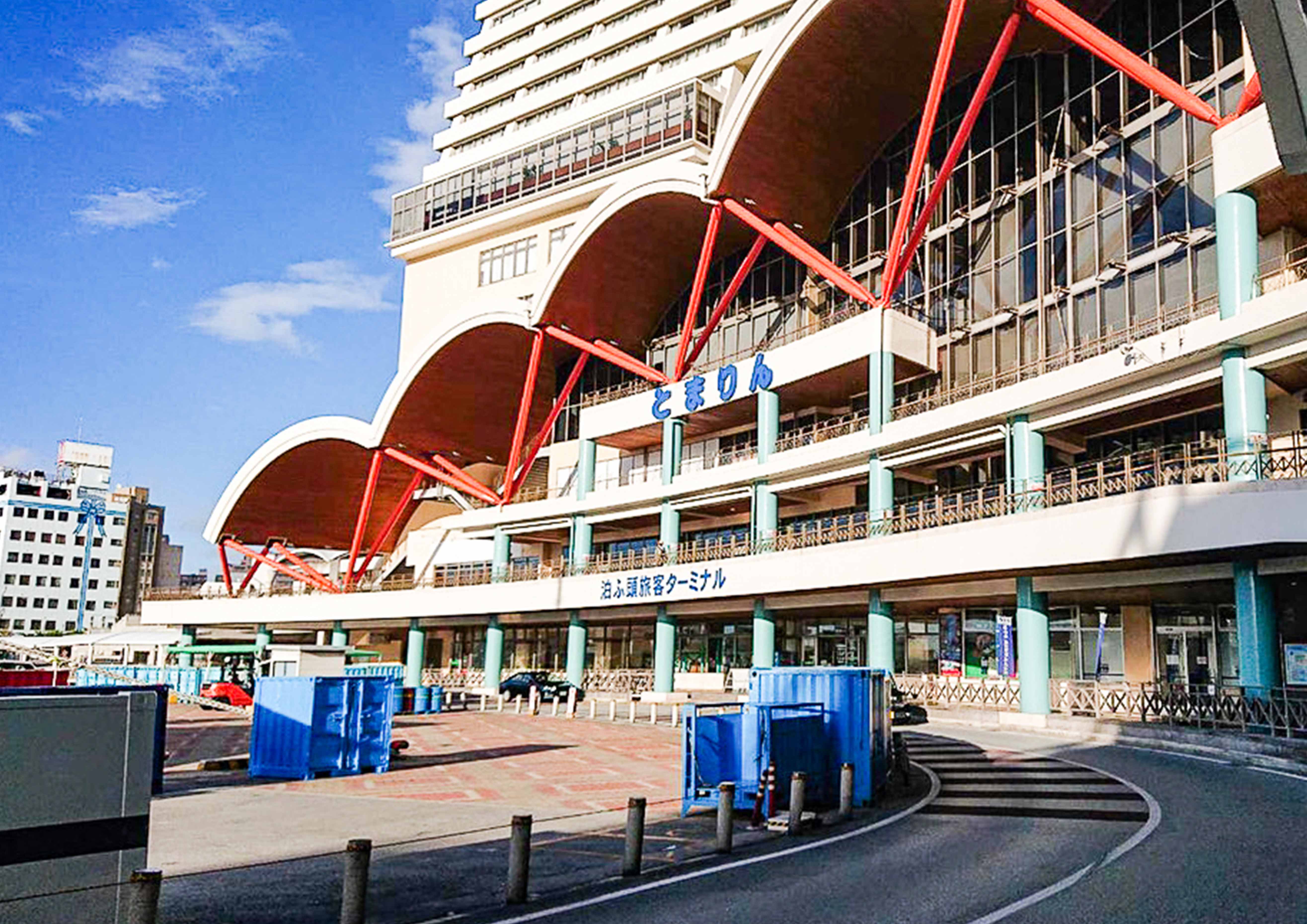 Now, unlike the rest of Japan, the railway system is underdeveloped in Okinawa, and it is not as easy to get around. Local busses can be used to reach some areas, but to go around, you might be better off renting a car. Unlike Hokkaido, the main island of Okinawa is not that big, so as long as you have a vehicle to your availability, it should be easy to travel around. To reach areas and smaller islands that are not on the main island of Okinawa, you might have to catch a flight.

Below, we will be introducing the main touristic areas in “Naha”. We will also make sure to recommend areas that are good sightseeing spots also other than “Naha” in the “Travel guidebook” section. Please check it out! 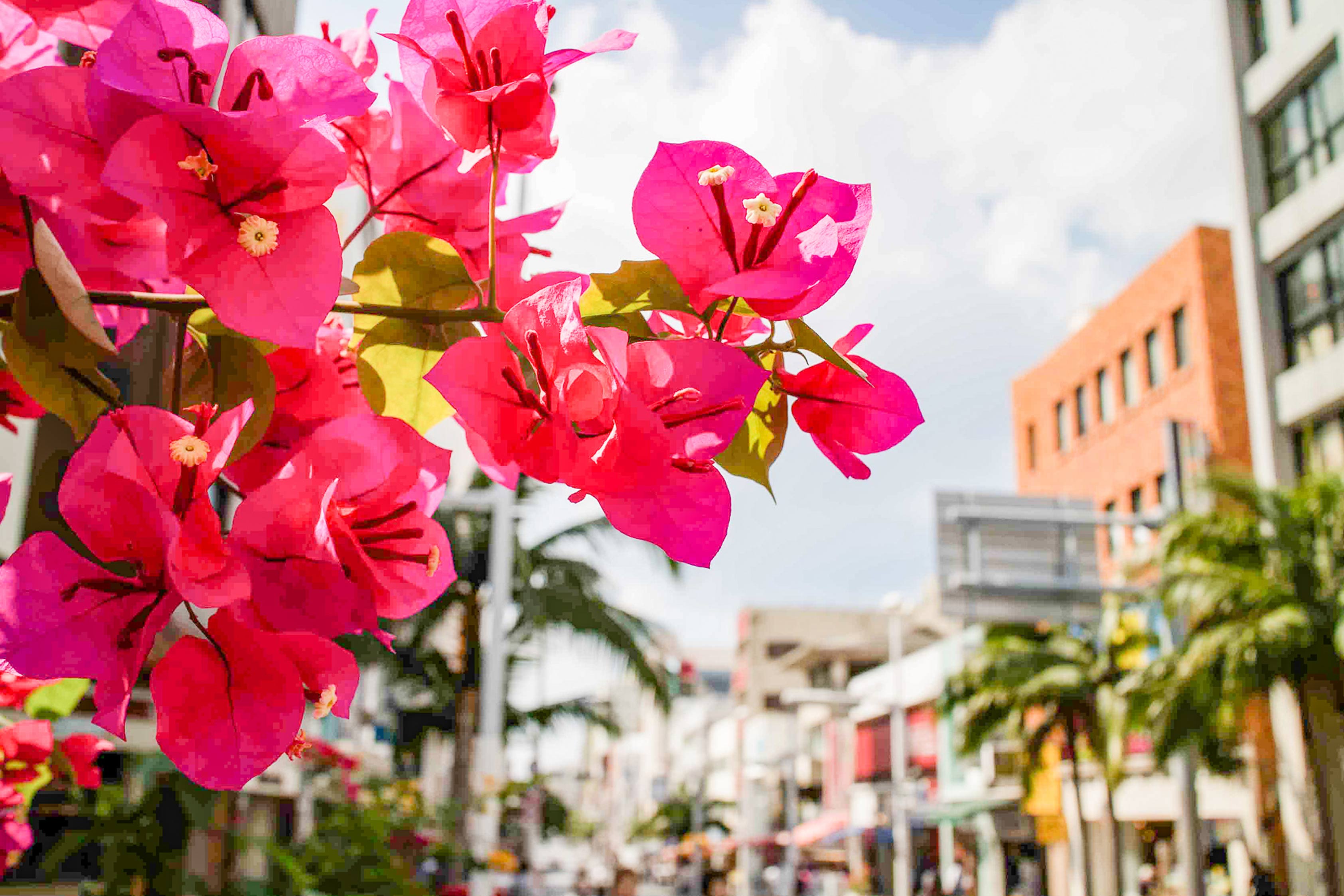 Whenever you get to Okinawa and its surroundings via air, you will necessarily need to get through “Naha Airport”. The airport is situated in the southwestern end of “Naha”, and it is home to the “Air Self Defense Force base” in “Naha”. To put it in other words, civilian planes and Self Defense Force planes own and share the territory.

“Naha” is the gateway to the whole of the Okinawan region, not just for the city of “Naha”. For instance, you can also visit the Amami Islands via “Naha”. Therefore, any journey plan starts at “Naha”. If you prefer to come by boat, you will have to get the “Naha Shinko” in the Northwest. Monorails(Yui-Rail), buses as well as taxis can take you to the city centre of Naha. Upon reservation, you can also rent a car. 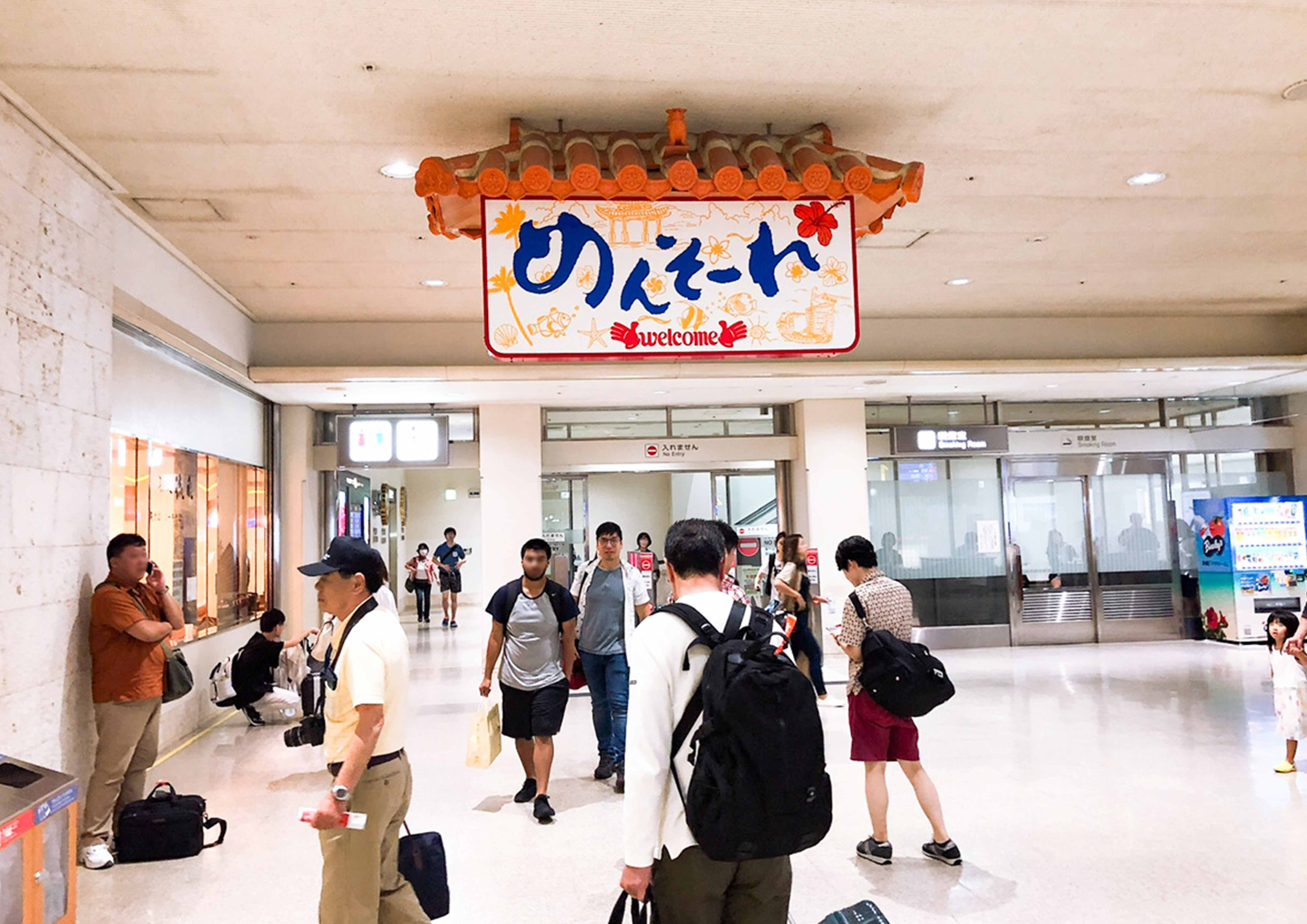 The colour of the sunlight in Okinawa looks somehow different from when you land in a different place, maybe due to its location in the far south. Try to observe it and feel it.

Around the “Naha Kokusai Street (Kokusaidori)” 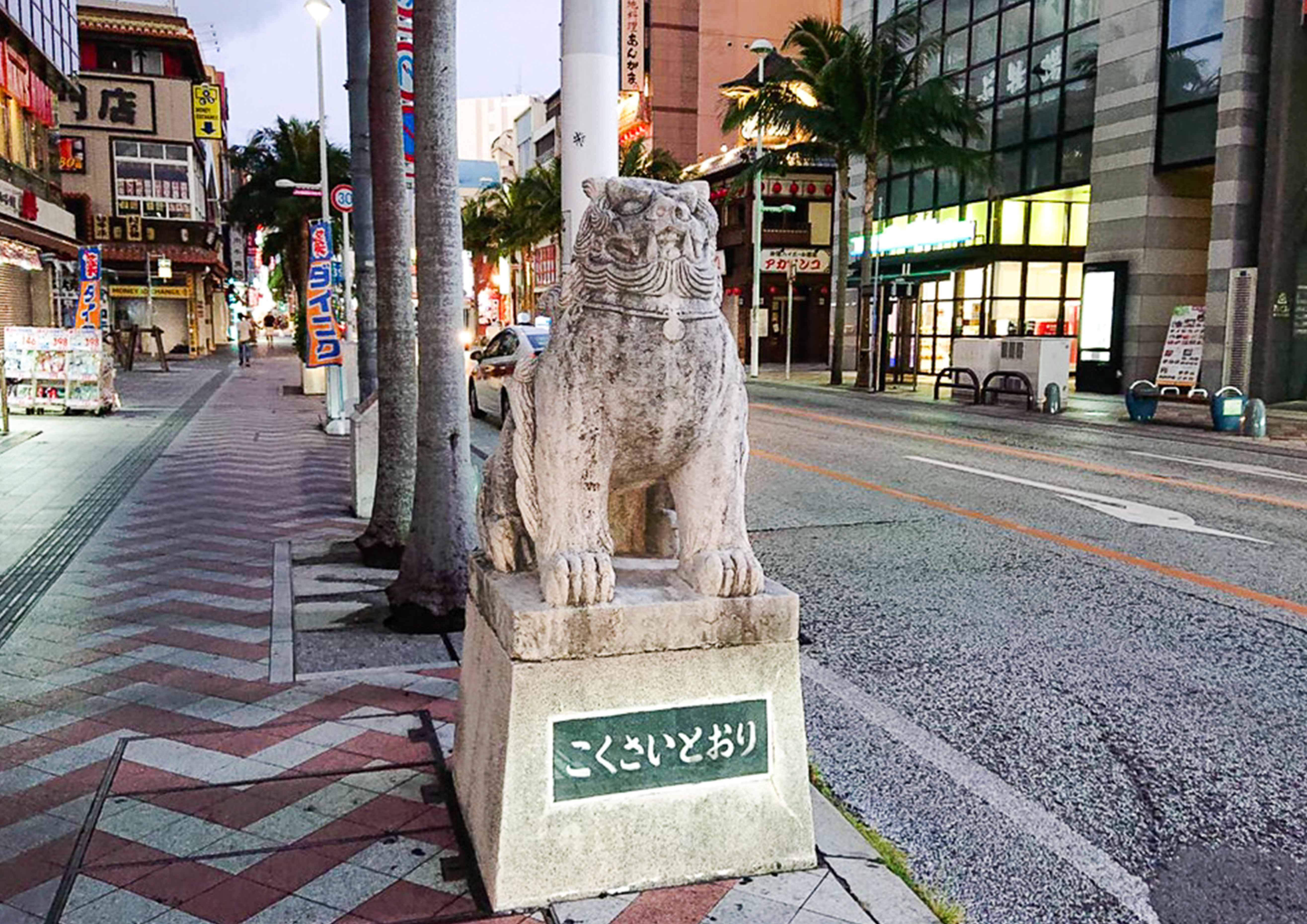 The “Kokusaidori” is the most prosperous and energetic street in Okinawa. It encompasses an area of up to 1.5 km (up to the Yui-Rail “Makishi Station”), and its main street extends from the prefectural office down to the north-eastern part. The area is thriving, and it has plenty of restaurant options as well as souvenir shops. Lodging facilities are not lacking too. The many shops in the area make it more enjoyable for you to walk around.

Just off the main street, a shopping street extends for many meters. The most known ones are the “Heiwadori” and the “Ichiba-Hondori” shopping streets. The atmosphere there is quite appealing. For the ones of you who would like to experience an exotic atmosphere of the East Asian region, that is an excellent place to start. You can also enjoy Okinawan typical cuisine and sake alcoholic drinks through the various stalls, and you can also have a look at the many crafts and goods exposed. You might get caught by too many intriguing things, so be careful! 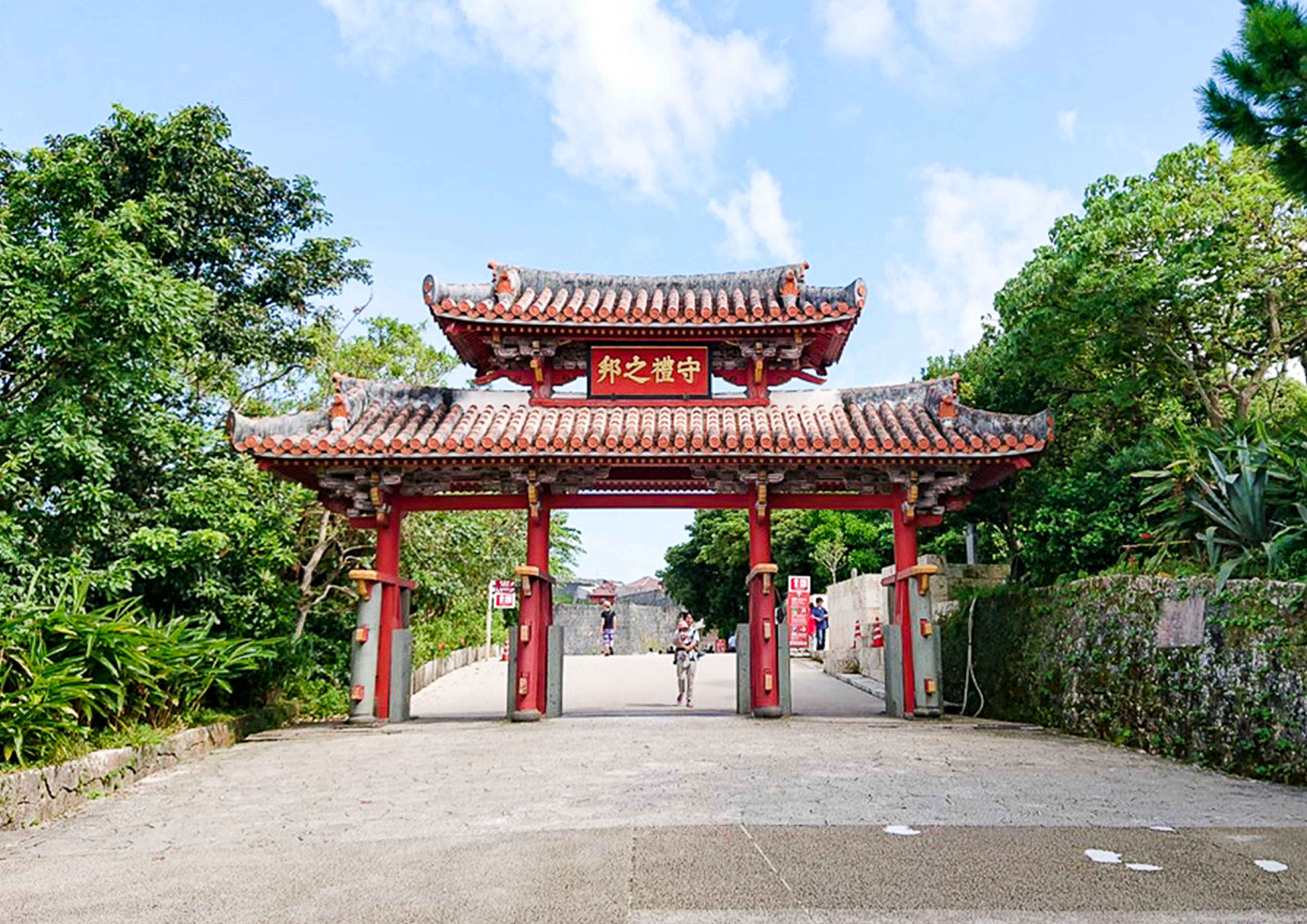 Around 40 minutes from the “Naha Airport” by Yui-Rail and depending on the traffic, it should take the same amount of time regardless of the means of travel you choose, may it be a bus, a taxi or a car. “Shurijo Castle Park” is a sightseeing spot that is representative of “Naha”. It is situated in the Shurijo Castle area of “the National Okinawa Memorial Park”. Its location on the hills overlooks the city of “Naha”. The absence of high-rise buildings in the town makes the beautiful view of the sea all the more pleasurable. 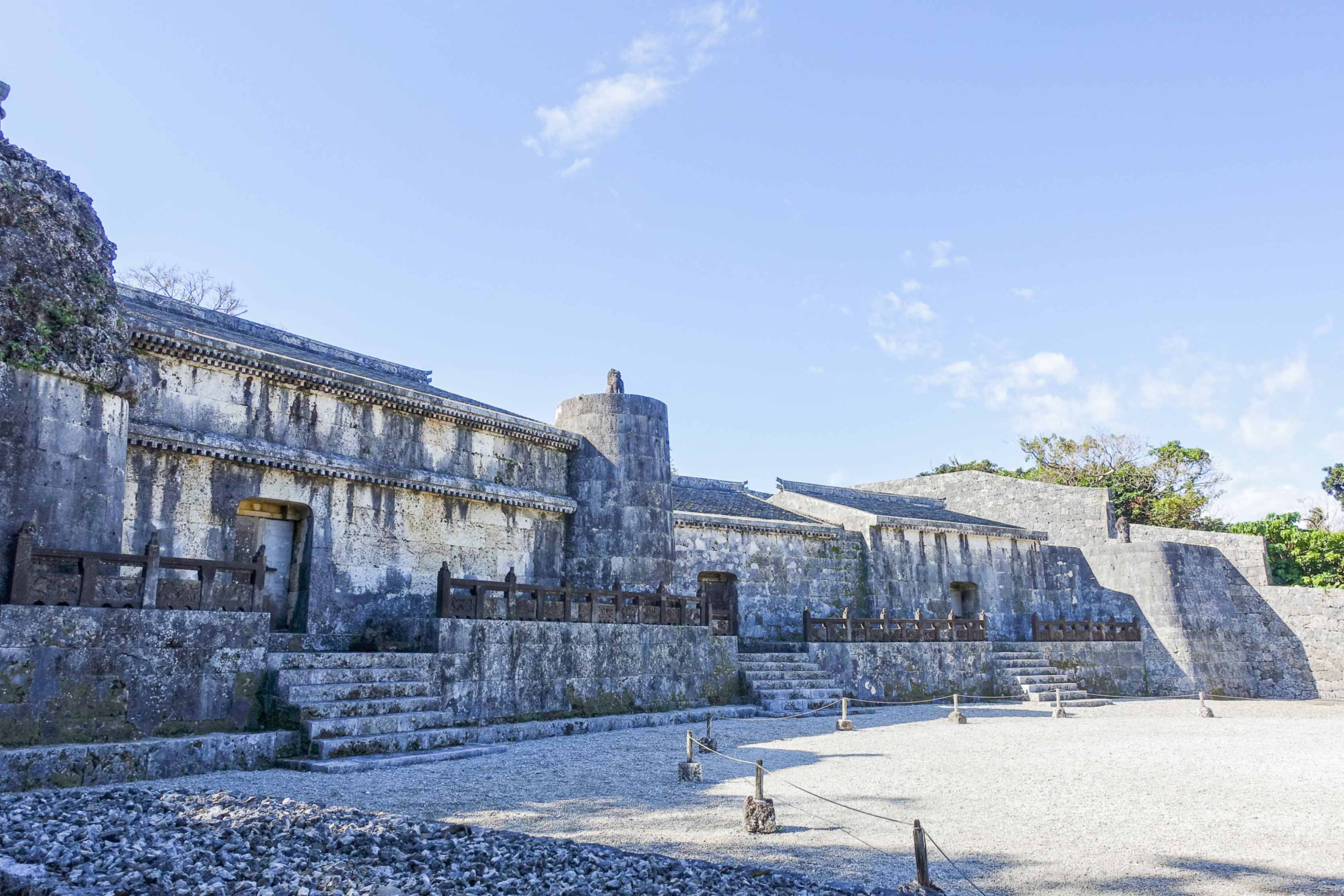 In December 2000, the remains of the ruins of the Ryukyu (Okinawan) Kingdom, became part of the World Heritage Sites. The main shrine of the castle and other castle walls that were lost during the Pacific War were gradually repaired in the aftermath of the war; the main shrine, as well as other parts of the castle, were then rebuilt in the 1990s… Unfortunately, the main hall, the North hall, and the South hall, all of which had been previously restored, wholly burnt down due to a big fire at the end of October 2019. A wealth of historical materials got lost, and no firm plan of recovery is in place. However, the archaeological sites of the area, including some of the burned-down site, have re-opened to the public. In the surrounding area, numerous historical sites such as the “Tama-udun” and the “Sonohyanutaki”, also registered as world heritage sites, can be visited. These will hopefully give you a glimpse of the Ryukyu Kingdom’s rich history.

It is a shame indeed that the main shrines that had so beautifully been restored can no longer be visited after they burnt down. However, luckily, the ruins that thus far overcame any damage and the natural scenery in its surroundings are worth visiting. So please do try to plan a visit there!

The main tourist spots around “Naha” 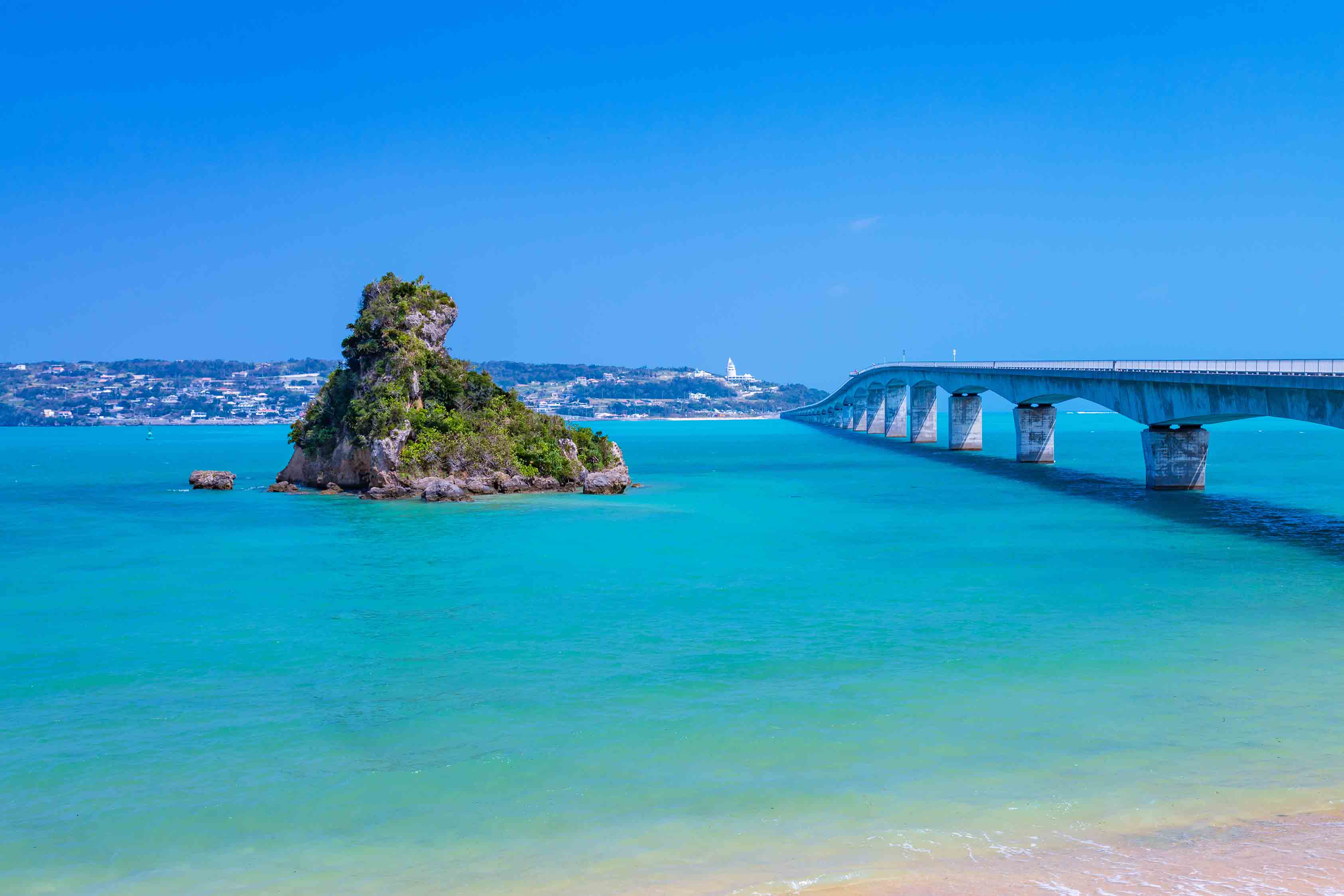 If you move towards the downtown area of “Naha” to the southern part, you will discover a wealth of landscapes that are rich in nature. There is no other available railroad in the outskirts of “Naha” in the Okinawan Prefecture. Therefore, buses and taxis remain the only public transportation options for travelling around. Unless you are disposing of a sightseeing tour, a car rental might be a good option for you. Sightseeing spots such as the “Sefautaki”― which comes from the Ryukyu mythical god Amami-Kikiyo, and the famous power spot of the “Vally of Gangala”, can be visited. You will be able to experience a very different landscape and nature from the ones you might find in Hokkaido, Honshu, Shikoku, and even Kyushu. 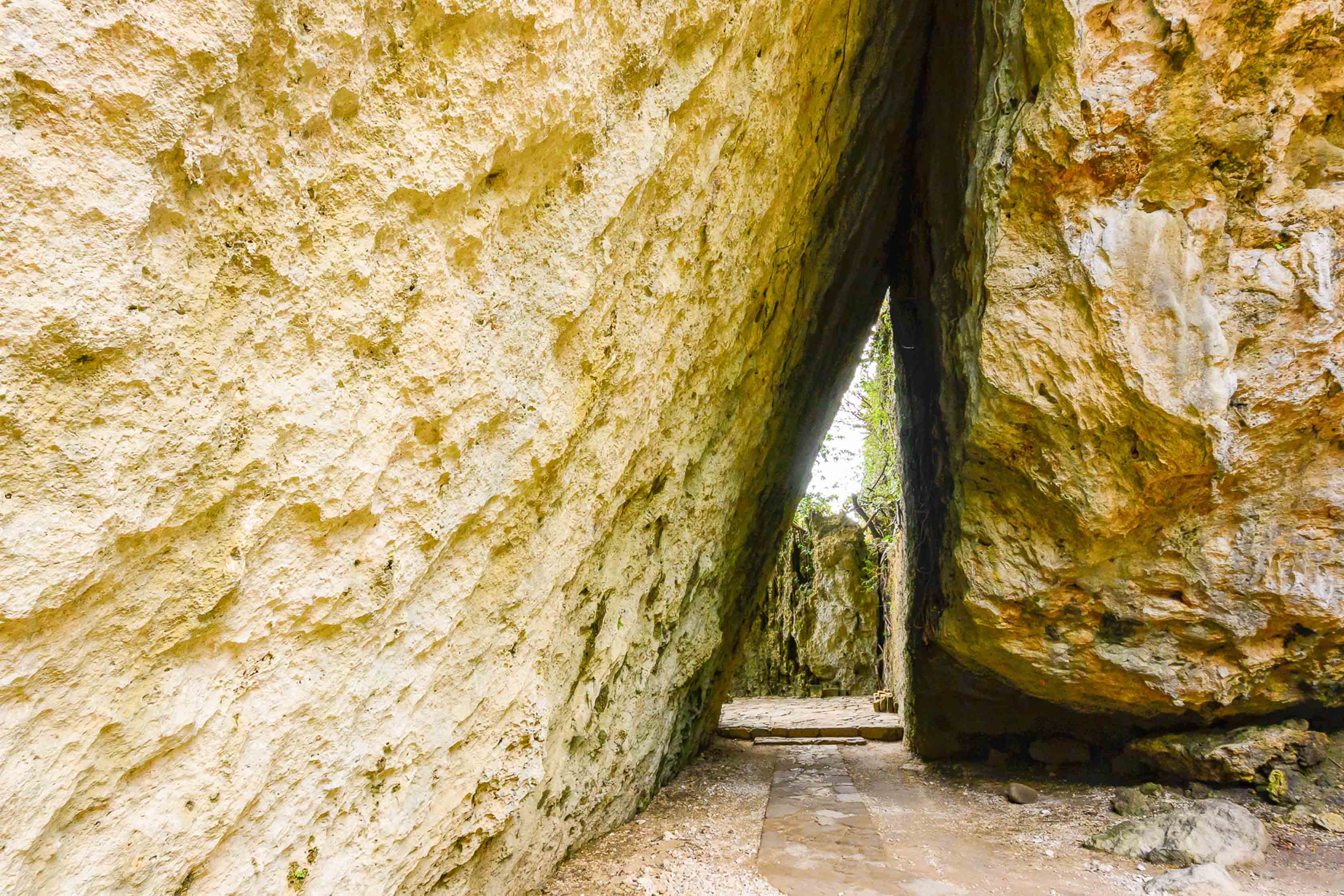 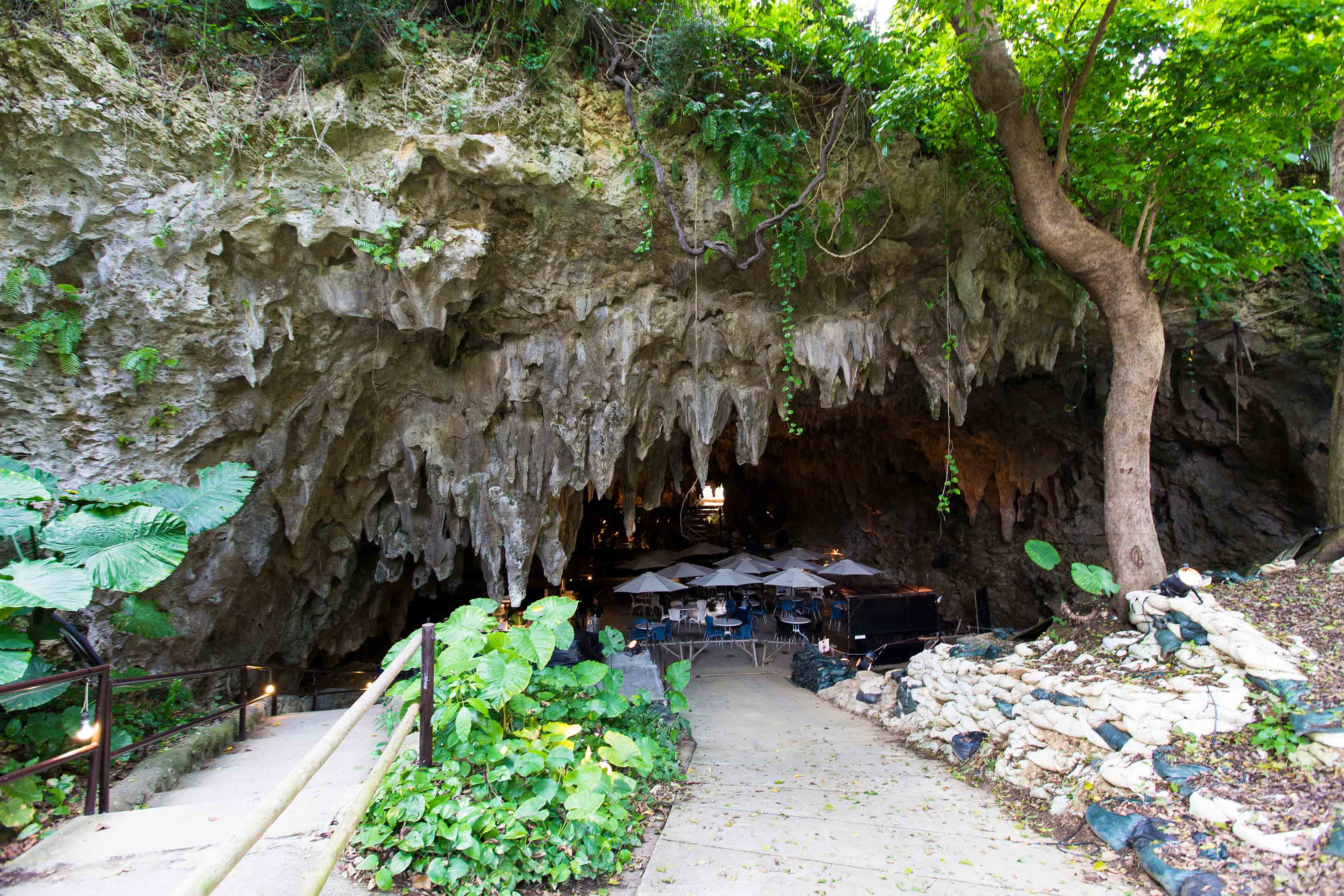 In the aftermath of the Pacific War, the Okinawan Prefecture was one of the regions that served as a base for violent battles taking place in mainland Japan. Its southern part was used by the Allied Forces, and a high number of civilians became the victims of those grounds. Historic sites and a variety of memorial monuments are there to express the history of the area throughout the entirety of the prefecture. To mention one, there is the “Himeyuri Monument” and “the Himeyuri Peace Museum” in the Ito-man City. There, you can feel the gratitude of living in peace nowadays. It is worthwhile to learn about such gruesome history too. 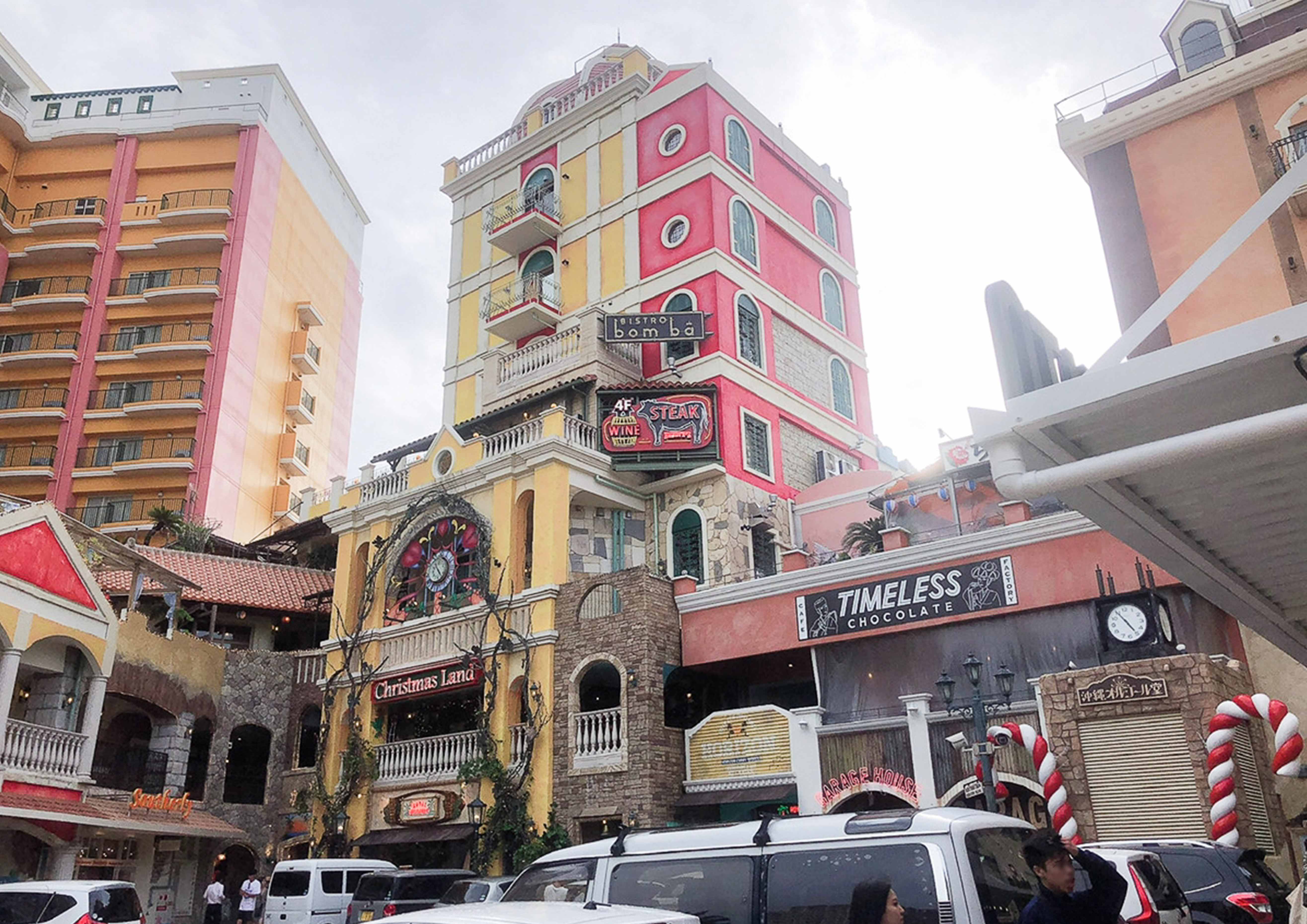 North of “Naha”, a wealth of resort hotels in the area which faces the sea on the eastern side is there. The area is also popular among Japanese people who pursue water sports such as scuba and snorkelling. It goes without saying that even beginners can have a try and make the most of this environment. If you are looking for a place to get a tropical feel in a resort atmosphere, this is the one. 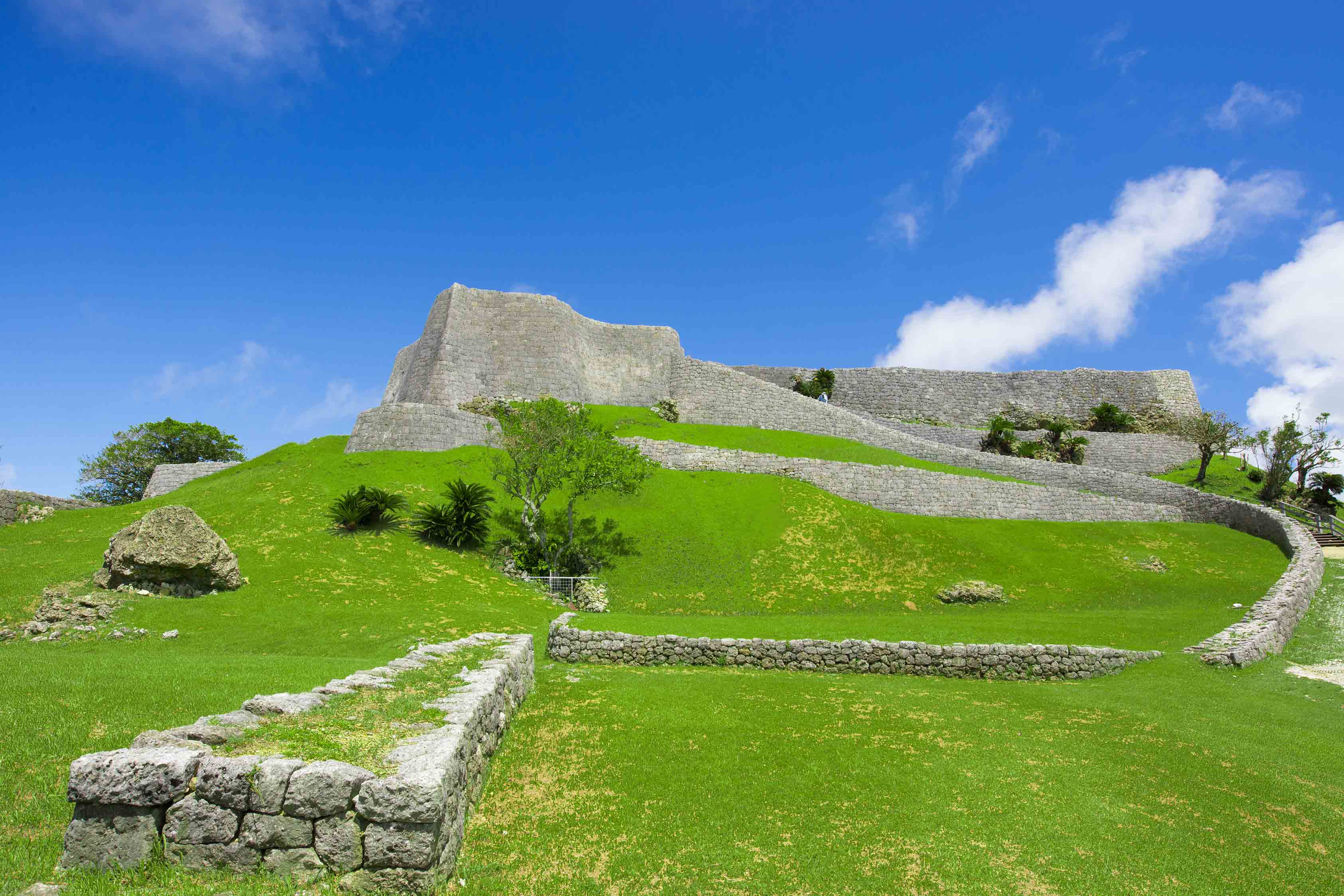 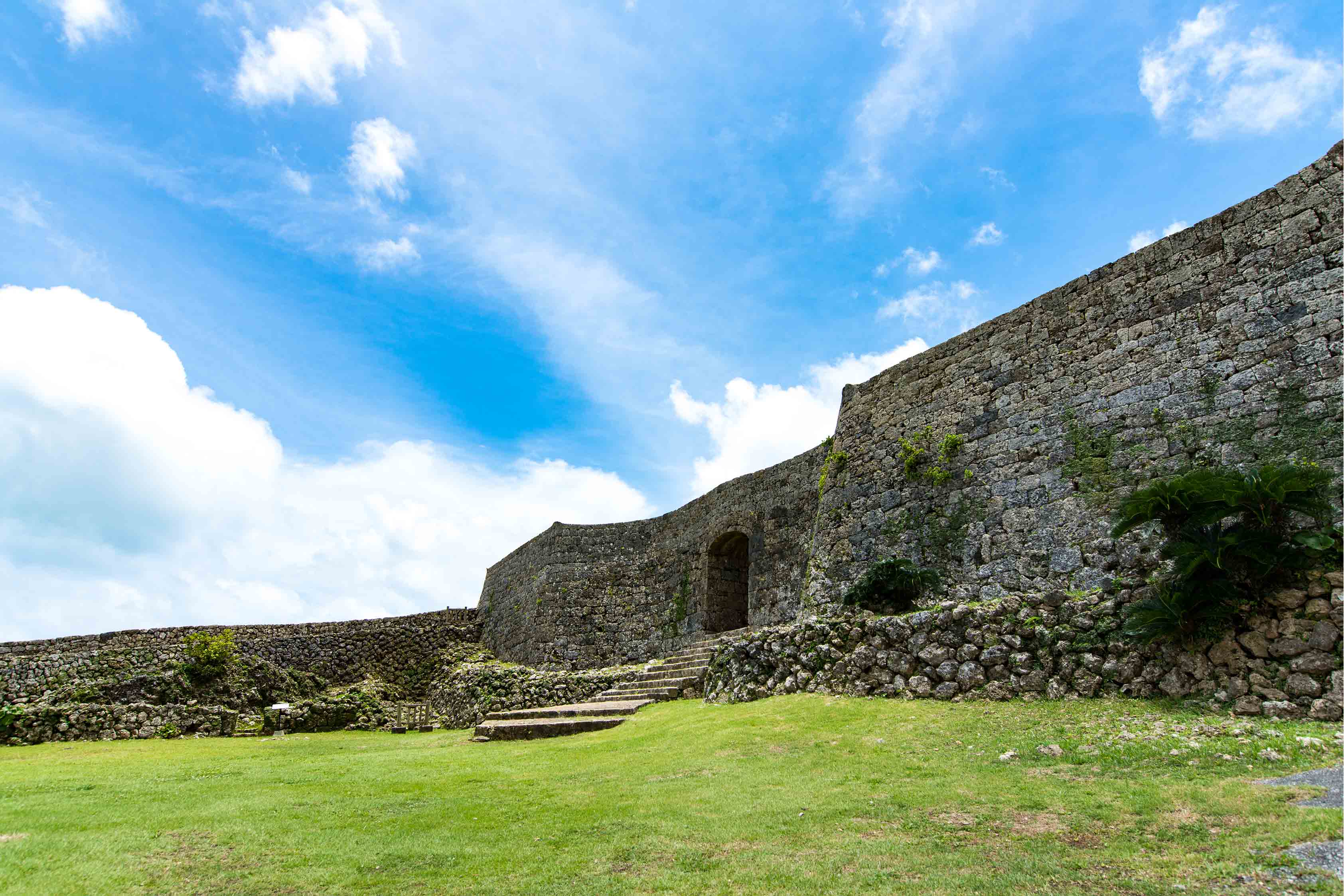 There is a number of sightseeing spots worth visiting around the resort area. If we may recommend some, there is the “American Village”, a famous shopping resort, and the “Ryukyu-Mura”, a space to learn about traditional culture and crafts in the Okinawan region. We also suggest to look out for the “Onna Glass Factory”, where you can see how Ryukyu glass products are crafted. You could also visit castle ruins if you go to the “Katsuren-Jo Site” and the “Nakagusuku-Jo Site”, both part of the World Heritage Sites under the “Fortresses of the Ryukyu Kingdom and related heritage groups”. These places are all worth a visit!

The northern part of Okinawa 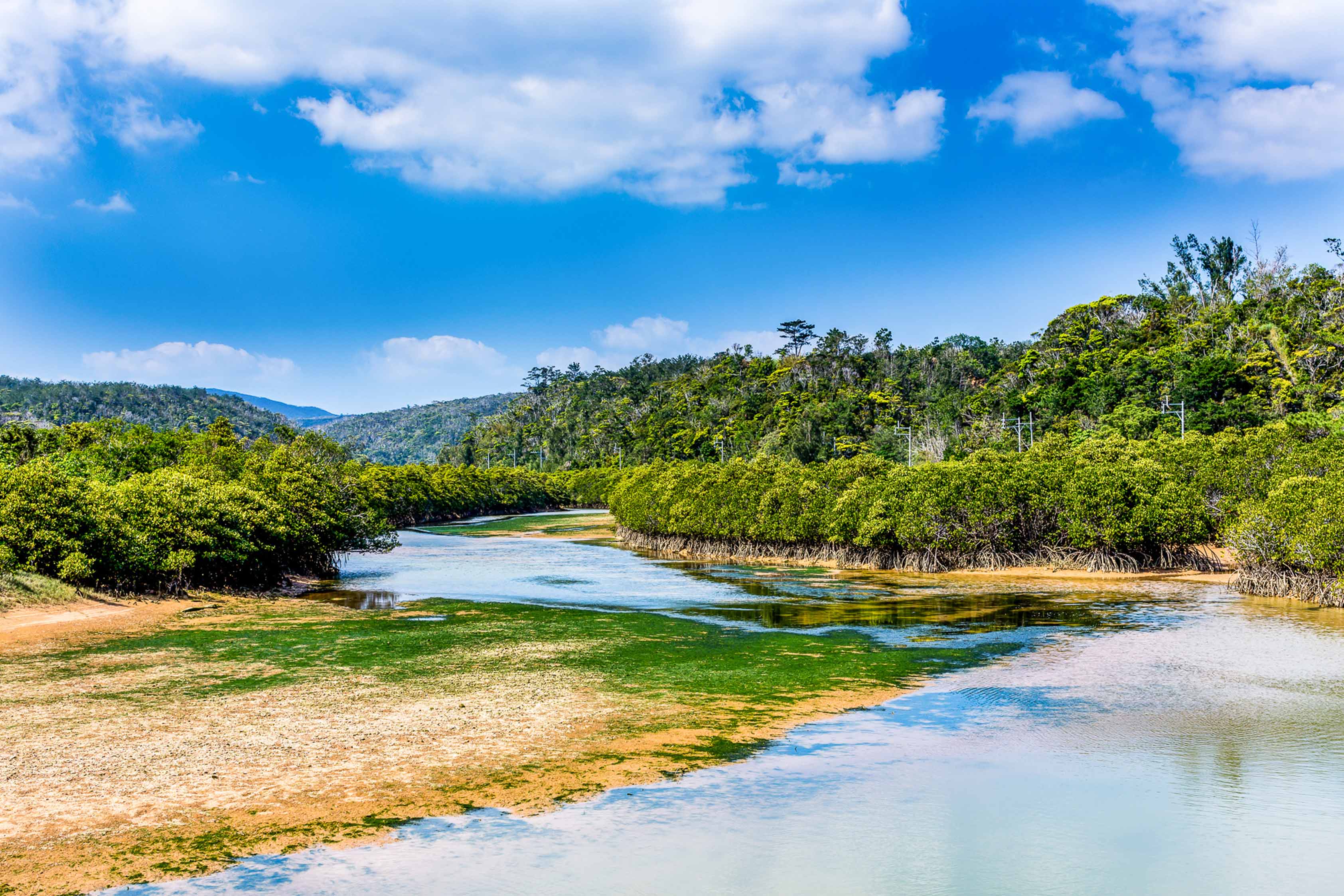 If you go northwest of Okinawa, you will find an area which is abundant in nature. Its scenery dramatically differs from the southern part, and one particular feature is that a number of virgin forests are there. The area is well known to be inhabited by fiddler crabs (crabs with big scissors) and tontonmi (southern Japanese mudskipper). In this area, you can also find the natural “Hirugi forest” in Gesashi Bay. You can also get on a kayak tour here. This is somewhat unusual, and we recommended it. 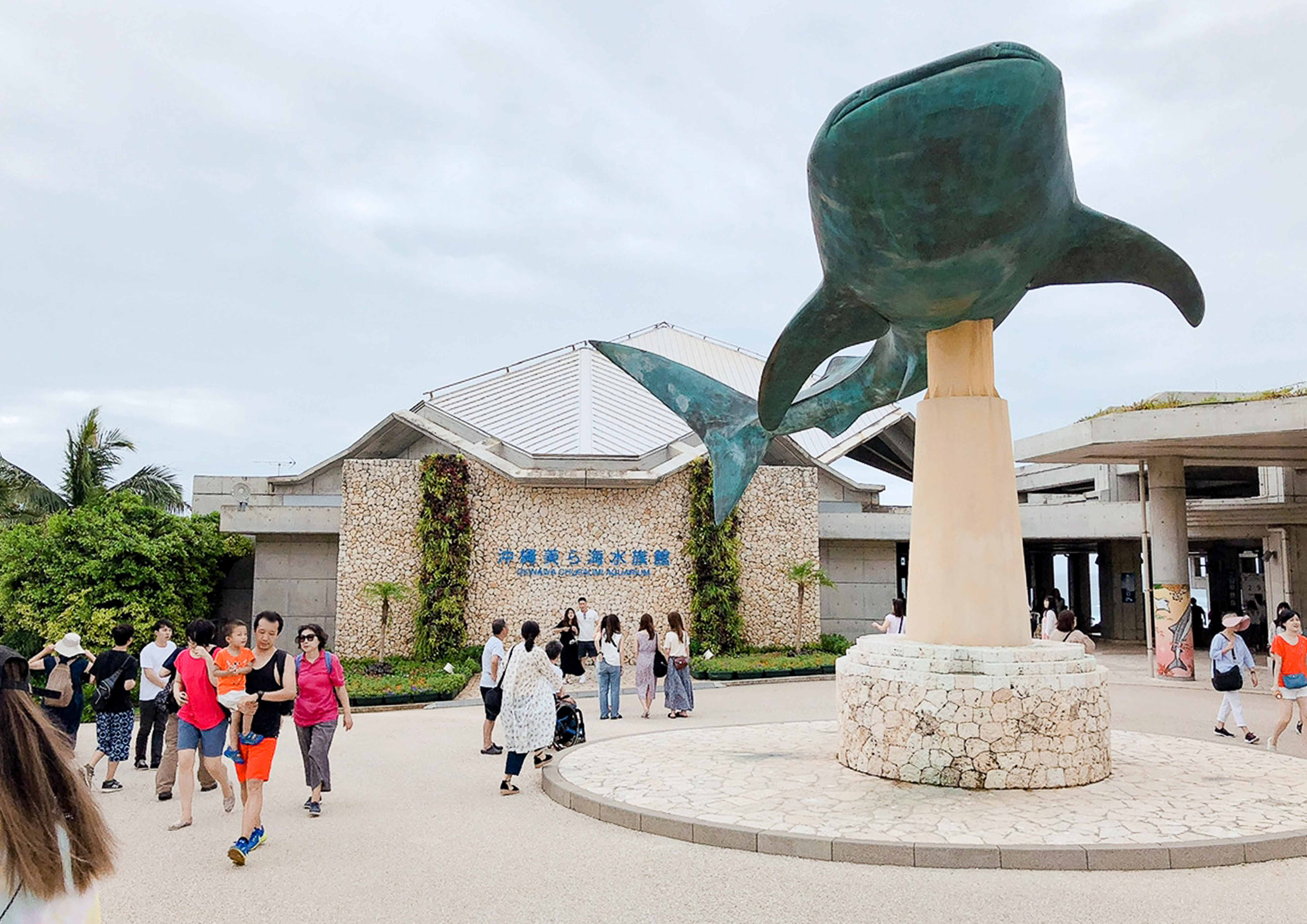 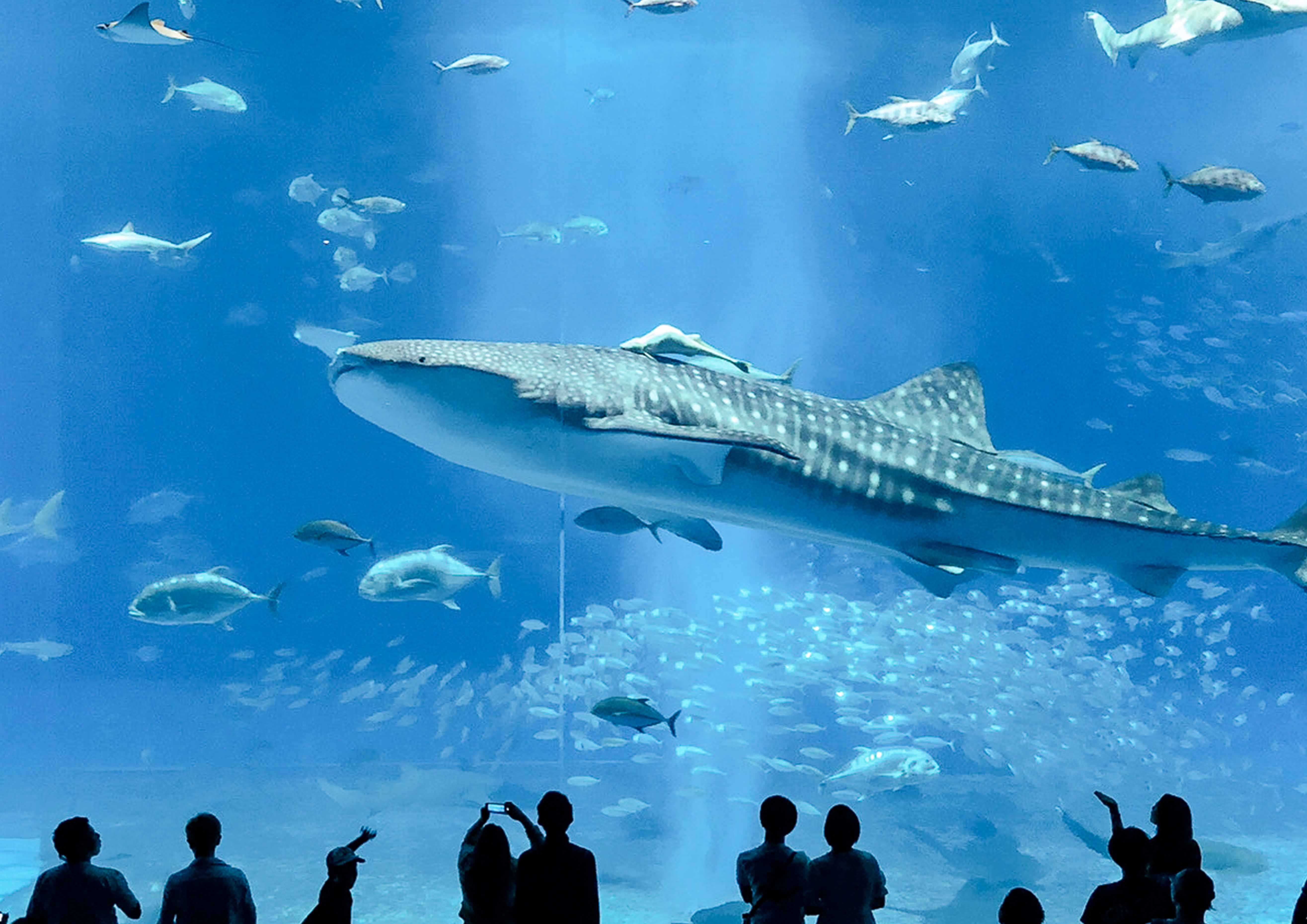 Beyond nature, many other places can be enjoyed. Aside from the famous “Okinawa Churaumi Aquarium”, we recommend visiting the “Nago Pineapple Park”. The Okinawan prefecture is in fact quite renowned for pineapple. If you are a beer fan, the “Orion Happy Park” might do for you: here you can get an insight into the famous “Orion” Okinawan beer. Moreover, we recommend visiting the “Kouri-Ohashi Bridge”, which can be reached by car. We really hope you can make the most of these charming places!