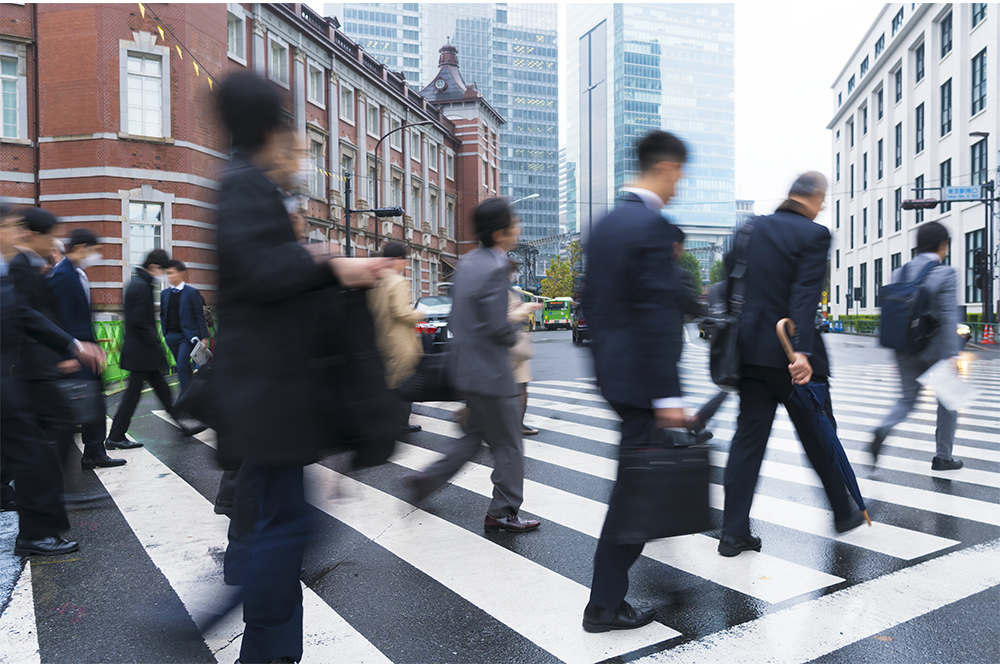 You may see some people trying to hand out flyers around stations or on the streets where there is a lot of people coming and going. These are a rather common sight in Japan, especially in urban areas. Other than flyers, tissues, some kind of fans, etc… It seems that the act is not intended for everyone who passed by, nor is it aimed at everyone at all. Some people completely ignore the handouts that are randomly offered to them, while others just bail or raise their hands and refuse. On the other hand, there are also people who pass by, receiving them without much resistance. In each case, though, none of them seems to be extremely defensive.

We heard that many people from overseas are very surprised by these scenes. You can’t conceive of accepting something randomly offered to them on the street by a complete stranger, an unidentified person. If taking them without caution, the strangers will ask you to sign some kind of petition, or force you to fill out a questionnaire. Sometimes they even ask you to pay for the things you receive… Therefore, some people seem to think that such carelessness is dangerous. It is true that what they say is right. However, as a matter of fact, most people in Japan do not get into trouble when they receive such flyers or tissues. The act of distributing flyers, tissues, etc. to an unspecified number of people in a public place is prohibited by law. The police are also quite strict in their enforcement of these actings. The act of distributing those flyers, etc., is done with the proper permission. Most of the things that are distributed with permission are for advertising / promotional purposes. Opinion ads for political groups or some kind of corporate organization. Service coupons and promotional flyers for cram schools, beauty salons, pubs, etc. Pocket tissues with corporate advertisements. A simple fan with an advertisement from a nearby shopping district. Many of them are like the ones mentioned above. If they are going to ask people to sign a petition or fill out a questionnaire, they must inform the person and get their approval before handing them. So, it’s safe at least for now. Of course, this does not mean that it is 100% safe. So, in any case, it is your own responsibility to make decisions about such situations.

Let “me” tell you a little about my own personal experience. At least 20 years ago, “I” used to walk around with a proper caution against people who tried to hand out such flyers and etc. In actuality, because “I” took it, “I” was almost taken to another place to buy a painting (it was a lithograph)…(´·ω·`) Because of such experiences, Thanks to such an experience, I walked around with the alert field set to maximum for a while after that. When “I” went abroad, “I” was prepared as if being under martial law at all times. “「(￣▽￣;) However… We all start to let your guard down. Before we know it, we’ve become accustomed to them as part of our everyday scenery… In Japan, we are less cautious, thinking that we are safe because the police are enforcing the law as mentioned above. Perhaps it is very danger. People from overseas say that Japan is a very safe country. But for us, it is becoming less and less so for Japanese. We don’t know if it is worse than it used to be, or if we just don’t feel like it has made much progress… At the very least, we can no longer boast with confidence to people overseas, maybe. Because we feel like we don’t feel safe anymore. So, please do not let your guard down. We don’t want you to have an unpleasant experience in this country.