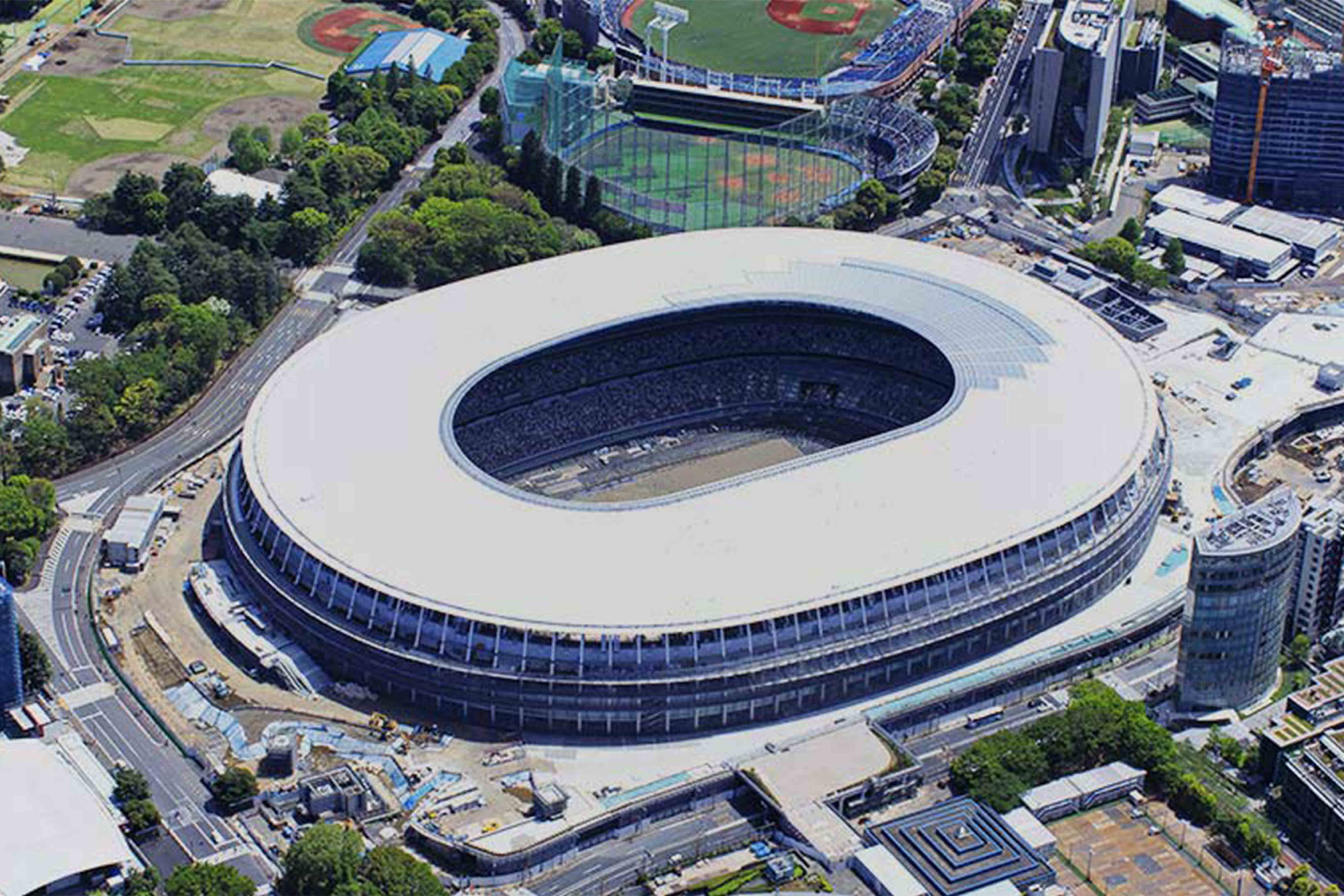 In September 2013, Tokyo was chosen as the host city for the 32nd Olympic Games. This event was to be called “TOKYO 2020”, and a wide generation of Japanese people had many and various expectations for the event. For the generation that experienced the 18th Olympic Games in 1964, which was considered a symbol of post-war reconstruction, it might have been somewhat nostalgic. On the other hand, for the younger generation, this Olympic Games held in Tokyo, the central city of Japan, must have been filled with expectations and wishes for the future, wondering what kind of amazingness it would bring. On the “Epic Japan” website, we were also looking forward to sharing many kinds of amazingness about Japanese culture with you through “TOKYO 2020”.

However… Due to the global pandemic of COVID-19 that began to occur at the end of 2019, TOKYO 2020 was postponed. Also, due to the more prolonged worldwide outbreak, the events held in the summer of the following year, 2021 (Olympic Games: July 23-August 8, Paralympic Games: August 24-September 5), were held in an unusual form, basically closed to the general public for all events, including the opening and closing ceremonies. Although the event was held under an extraordinary situation where the movement of people overseas was severely restricted worldwide, and the pros and cons were widely divided… With the cooperation of everyone involved, the participants, and of course, the general public from all over the world, we were able to bring the event to a successful conclusion. But, the threat of this global pandemic of COVID-19 is not over yet. We need to remain vigilant.

To be honest, we’re really sad and sorry. It would have been a wonderful opportunity for us to make you enjoy the Japanese culture through the different versions of Tokyo, Tokyo in 1964 and Tokyo in 2020, that are separated by half a century. But… After all, the world situation was not such that we could genuinely make you to have fun with such kinds of all. Someday, we hope that we will be able to share you about them in some different way.

The following is a record of topics related to “TOKYO 2020” on this “Epic Japan” site.

Back in 1964, Tokyo hosted the 18th edition of the Olympic Games. It was the first time for Japan to host such a big event. It’s been half a century since then, and Japan will host the 2020 Olympics in Tokyo.

Let us introduce here some useful information in regard!

Because of the COVID-19 pandemic, it was announced that the 2020 Tokyo Olympics Games would be put off. The specific time and date is undecided officially. We are very sorry the decision to postpone the events. But now, all of us are in the midst of a global health crisis. First of all, we wish for the end of this disaster. Our thoughts and prayers go out to everyone all of the world.

Under normal circumstances, we would have been so happy that we were able to hold the event without any problems. However… At present, although various measures to prevent the spread of infection through vaccine development and vaccination are being implemented all over the world, the raging of COVID-19 continues to be unpredictable due to the appearance of new mutant strains etc. It was decided that this event would be held in full consideration of the current circumstances, where various special precautions and measures are essential. To ensure the health and safety of the athletes and the stuffs involved in the event, special regulations are imposed on their behavior. These regulations apply not only during the competitions of each, but also in terms of daily life during their stays. Since it is being held under very unusual circumstances, we are sure that the athletes who participate in each game and the people involved in the competition are also struggling with various aspects. There will be many inconveniences and frustrations that they might face. We would like to express our sincere gratitude to them for coming to Japan and cooperating with us to organize this event in spite of such extremely unusual circumstances. And also we would like to wish you all a safe and well-being.

Most of the games scheduled to be held at venues in the Kanto area are planned to be held without any audience. Although this is unavoidable in light of the current situations in Japan or other parts of the world, it will be a real disappointment for those who were looking forward to actually being able to watch the games live at each venue. The implementation of TOKYO 2020 is supported not only by the athletes and various stuffs involved in the event, but also by the whole Japanese people. In order to limit the increase in the number of people or the traffic flow associated with the event, all kinds of companies and businesses, including restaurants and retailers, are cooperating and working with us in various ways. We should be truly and sincerely grateful to all such people.

First and foremost, we wish that this event, TOKYO 2020, will be held as safely as possible. And, we sincerely hope that TOKYO 2020 events will be a good trigger for the entire world to move in the better and positive direction for whole of the world.

The TOKYO 2020 Games had come to an end (The Olympic Games were held from July 23 to August 8, 2021, and the Paralympic Games were held from August 24 to September 5, 2021). This year’s Games were held under the very unusual circumstances of a worldwide pandemic of infectious diseases. We are sure that all the participants in the various competitions and all the people had in the Games had a very hard time. The physical condition and etc. during the event must have been completely different from a normal competition. We would like to express our sincere appreciation and admiration for your efforts. Of course, it is not only thanks to the participants and the people involved in the competition that this event was successfully held. We should express our gratitude to all the Japanese companies and corporations, including restaurants and retailers, who have taken various measures, to the cooperation of the Japanese people as a whole, and to all the people from countries and regions around the world who have cheered for this event.

This year’s TOKYO 2020 Games made us rethink the importance of the word “participate” or “take part”. A sentence from a speech given by Baron Pierre de Coubertin, President of the IOC at the time of the London Games in 1908, quoting the words of the Anglican Archbishop of Pennsylvania, Ethelbert Talbot, is well known.

「L’important, c’est de participer」
「The importance of these Orympiads is not so much to win, as to take part」

The words “participate” and “take part” probably have a variety of meanings. Perhaps we should also understand this word as “sharing something together”. There was a lot of last-minute deliberation on how to hold this event, including the availability of spectators at each competition site. There were pros and cons to holding this event itself. However, all those things that all kinds of people thought about, talked about, and acted on might be the fact that they were properly participating in this event. And we believe that all of these were the right ways to “participate”. Since modern times, the significance of the Olympic and Paralympic Games has been “the promotion of youth education and the realization of world peace through sporting events. In times of global anomalies such as this time, questioning the significance of holding the event or raising opinions about canceling or postponing it must be also a form of “participate”. We are sure that we have gained a lot from this event. We hope that what we have gained will lead to “the promotion of education for the next generation and the realization of world peace through sports competitions” in the future, as originally intended.

The threat from the global spread of COVID-19 is far from over. We can never be too careful. We sincerely hope that this global disaster will end soon, even if it is only for a minute or two, and also wish that peace will prevail in all countries and regions of the world.