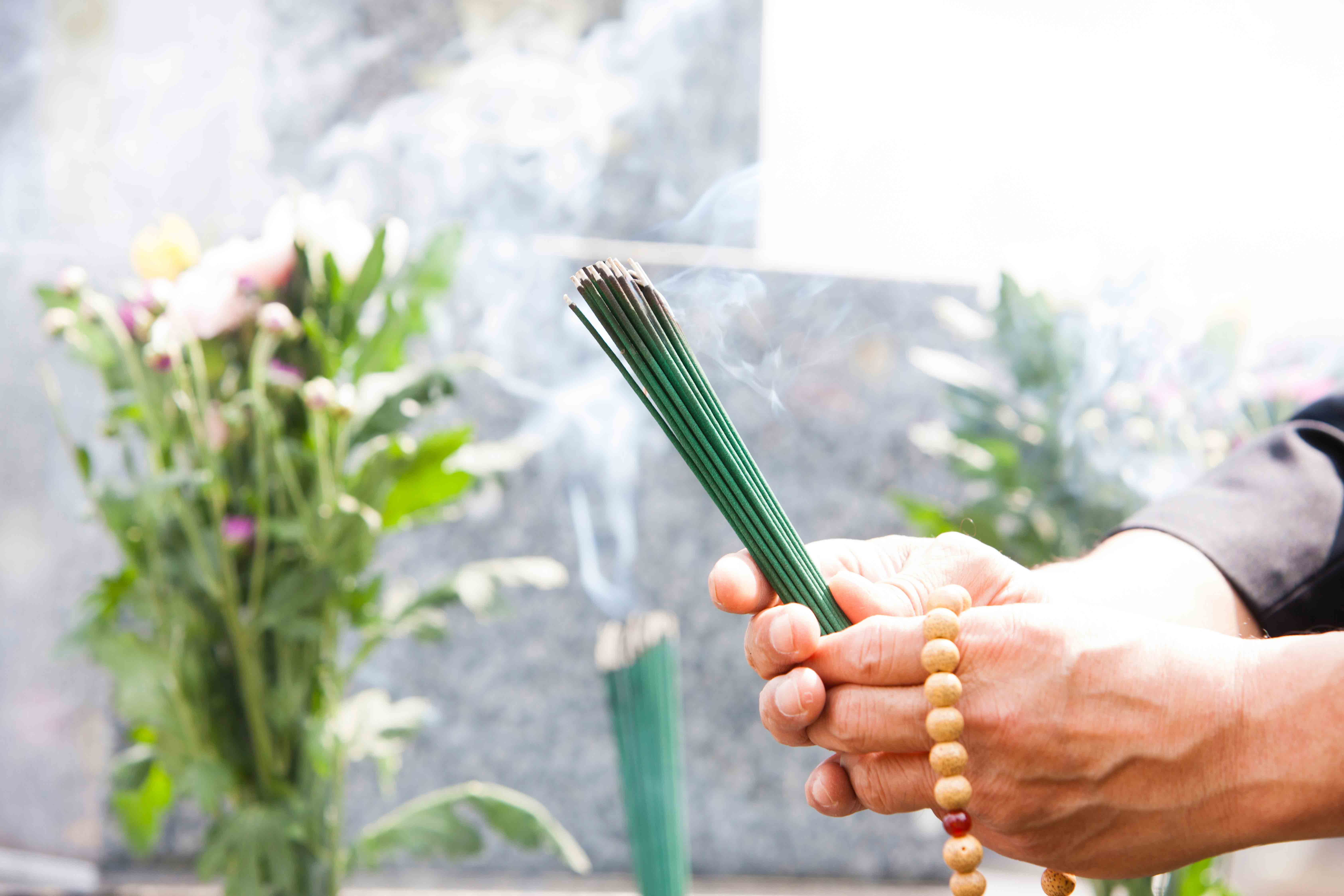 In Japan, the week or ten days from the beginning of August to mid-August is called “O-Bon”. Before the Meiji era (1868-1912), when the Gregorian calendar started to be used, it would have been about a month earlier. The period of “O-Bon” was quite different in each region. Sometimes it was different for each house. “O-Bon” refers to a series of events to worship the spirits of ancestors. As you can imagine, there are many theories about its origin… Since ancient times, there have been beliefs and customs in Japan that express reverence for ancestral spirits. These beliefs were closely connected to the belief in “Yaoyorozu gods”, which believed that gods resided in all existings around. In addition to these beliefs, the Buddhist custom of “Ura-bon-e” to make offerings to the ancestral spirits was incorporated. For all people, the “O-Bon” period was a very important time of the year to prepare for the autumn harvest of crops. And it was also just the time when half of the year had passed. It would be a time for people to pray for a good harvest and good health for the remaining half of the year, which was probably already a custom. Around the Edo period (1603-1868), it was already customary to hold holidays for a few days before and after this period. The summer vacation period that we now call “O-Bon vacation” is originated from this custom. As a result of these and other customs, “O-Bon” has become widely established throughout Japan.

There are quite many styles of events held during “O-Bon” to worship the spirits of ancestors. It is very difficult to explain each of them in detail, so here is an overview of the most commonly known ones… During the “O-Bon” season, the spirits of ancestors come back to this world to visit their descendants. So, the descendants would prepare offerings to welcome them. This is the reason why we make offerings and visit Buddhist altars and graves. Most of the “Summer Festivals” or “Bon dances” held during this period of the year are also events to entertain the spirits of our ancestors. By doing so, we express our gratitude to our ancestors and ask them to continue to watch and protect us. And after the “O-Bon” period, the ancestors go back to the other world again… Although we have explained it very roughly, some people consider this “O-Bon” as a very important event. Since some of these events are closely related to faith and religion, we should never be rude to them. Also, this “O-Bon” period coincides with the anniversary of the end of the war (August 15) in Japan. Therefore, it may be said that the feeling of consolation became even stronger, especially after the war. Perhaps this time of year is a little special for the Japanese, and they feel differently than during normal days. However, we think it’s wonderful that the culture of valuing gratitude to ancestral spirits has taken root naturally in various forms or styles, even if their apart from religious and faith understandings.

In recent years, the culture of celebrating Halloween has become well known in Japan. Well, Halloween in Japan is more of a festival event that is meant to be just enjoyed… Halloween in the Western countries was originally celebrated as a festival to welcome the spirits of the dead and to give thanks for the autumn harvest, right? For this reason, the Japanese “O-Bon” is often compared to Halloween, as the two customs seem to have very similar aspects. It is very interesting to see how customs of similar kinds have been developed despite being from different cultures, isn’t it? 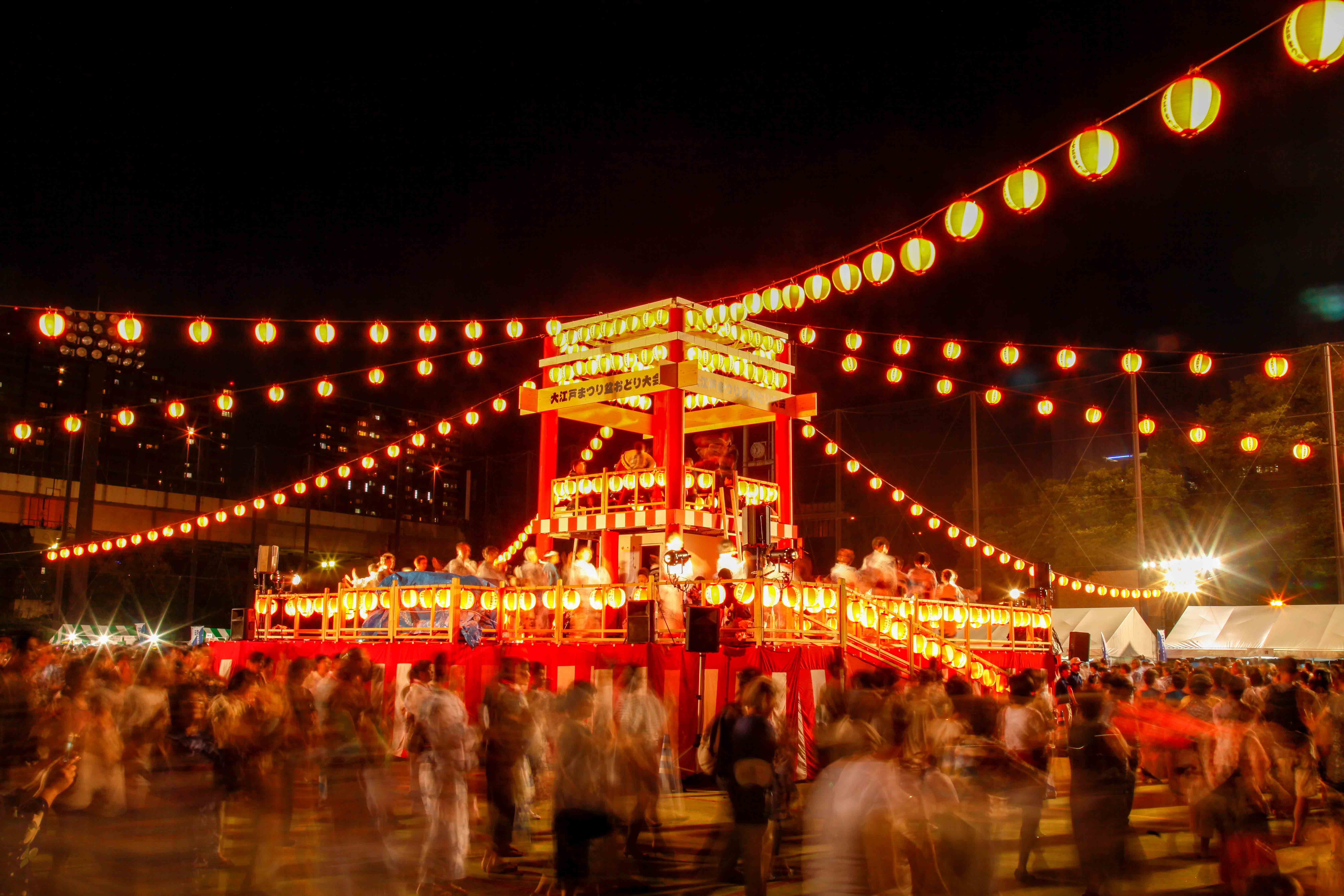 “Bon Odori (Bon-Dance)” is an old entertainment culture that has been widely established throughout Japan as one of the types of festivals. There are many theories about the origin of the “Bon Odori”… Such as the theory that it is based on Buddhist events like the “Nembutsu Odori (Buddhist prayer dance)” or the theory that it is based on rituals for praying for rain and a good harvest that were performed for the “Yaoyorozu gods”. In the Muromachi period (1333-1573), this event was influenced by the Buddhist “Ura-bon-e”, an event to make offerings to the dead, and came to be held as a custom of the general public. Later, it became not only a religious ritual, but also an entertainment for the common people, and is thought to have spread throughout Japan. By the Edo period, it had become one of common events. “Bon Odori” is not necessarily held during the “Obon” period, but is often one of the festivals held during the summer season. There are several festivals that have become known throughout the country as major ones of the region. “Tokushima Awa Odori (in Tokushima)”, “Nishimonai Bon Odori (in Akita)” and “Gujo Odori (in Gifu)” are particularly famous. Some of the songs for dancing are based on the regional traditional folk songs (often called “○○-Bushi” or “○○-Uta”), while others are hit songs or J-pop songs. Each song has its own choreography, but it’s not that strict. The aim of these “Bon Odori” is to have fun with everyone who is there, so you can probably get by with a little imitation. If you have a chance, feel free to enjoy together. 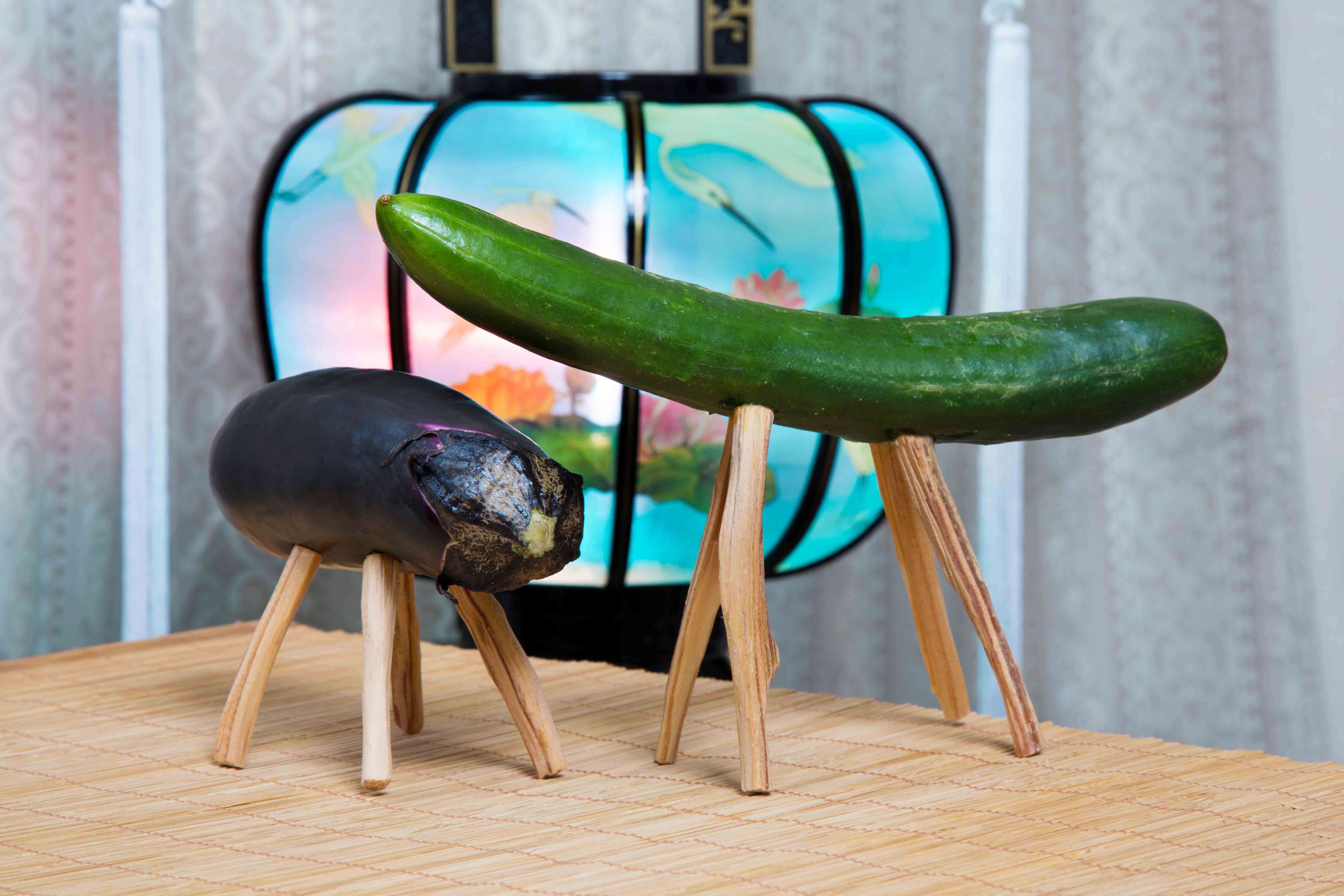 There are a variety of offerings prepared for the O-Bon Festival. Among them, the most interesting will be the items made of cucumbers and eggplants. You may have seen the ones if you have been researching Japanese customs. They are called “Syoryouma”. “Syoryouma” means some kinds of “horse and cow ridden by a spirit”. They are very easy to make. They are a type of puppet made by sticking four wooden sticks (such as disposable chopsticks or branches) into a cucumber and eggplant so that they stand up. The one made with cucumbers is said to represent a “horse” and the one made with eggplants a “cow”. During the O-Bon season in Japan, we welcome and send off the spirits of our ancestors. We offer “horses” to welcome them so that they can come early, and “cows” to see them off so that they can go home slowly and safely. (※ Conversely, in some areas, the “cow” is used for the outward journey to politely welcome them and the “horse” is used for the return journey to ensure that they return home without delay) It is considered that these customs became known to the public only after the middle of the Edo period. Cucumbers and eggplants were crops that could be grown throughout Japan. They were also easy to prepare because these were summer vegetables. For these reasons, the custom of offering “Syoryouma” for the O-Bon Festival spread throughout the country. It may have been an expression of the desire to entertain with delicious seasonal vegetables. And it was easy to make, even for a small child. Don’t you think the visual sense of humor and coloring of them is quite wonderful? After the O-bon period is over, they are carefully wrapped in salt-cleansed paper and disposed of. At some temples, they can be burned together with other offerings.