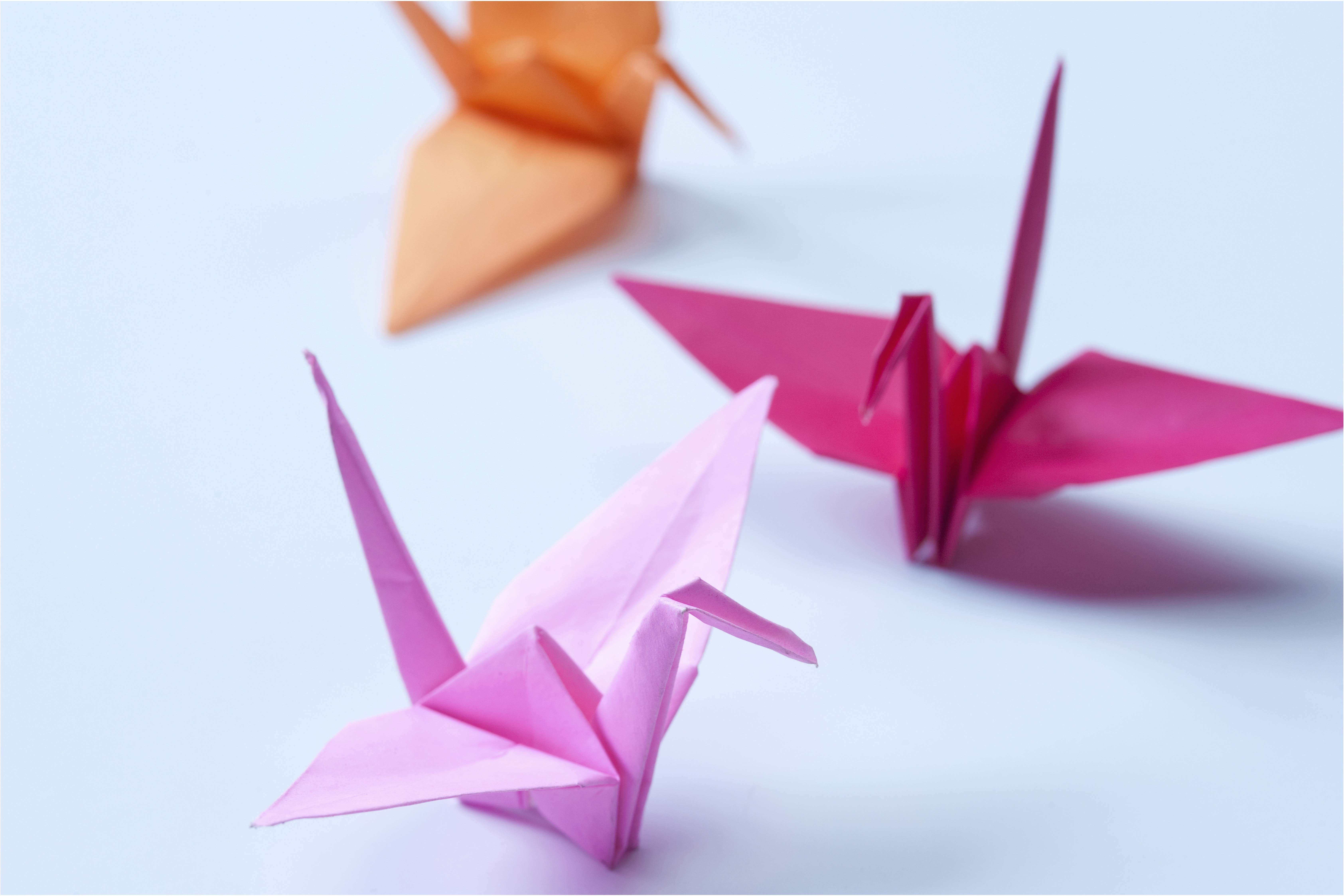 “Origami” is a traditional Japanese playing in which paper is folded into various shapes of animals, plants, tools and buildings around you, etc. You must have seen origamis of “Cranes” or “Shuriken” at least once, right? Now, in fact, this “Origami” was one of the etiquettes for Japanese samurai starting in the Kamakura era (around the 12th century). It can be such a traditional culture in Japan. It is called “Origami (folded) etiquette”, it was one of the etiquette skills for wrapping gifts and other items by folding “Washi (Japanese paper)” (It must be wholeheartedly with one’s own hands) in the correct way. The “Go-Shugi (congratulatory gift bag)”, “O-Kokorozuke” and “Noshi-gami” are also based on this “Origami etiquette”. Eventually, Japan entered the Edo era (1603-1868) and the culture of the townspeople began to flourish in a world of peace. This was the time when knowledge, customs, manners and playings that were known only among the samurai or noble families were widely introduced to the common people. This “Origami etiquette” was one of them. And as a result of the absence of the formal elements of venerable etiquette for the samurai’s, the art of folding paper into shapes and the elements of playing spread among the common people, so it became the current “origami” playing. 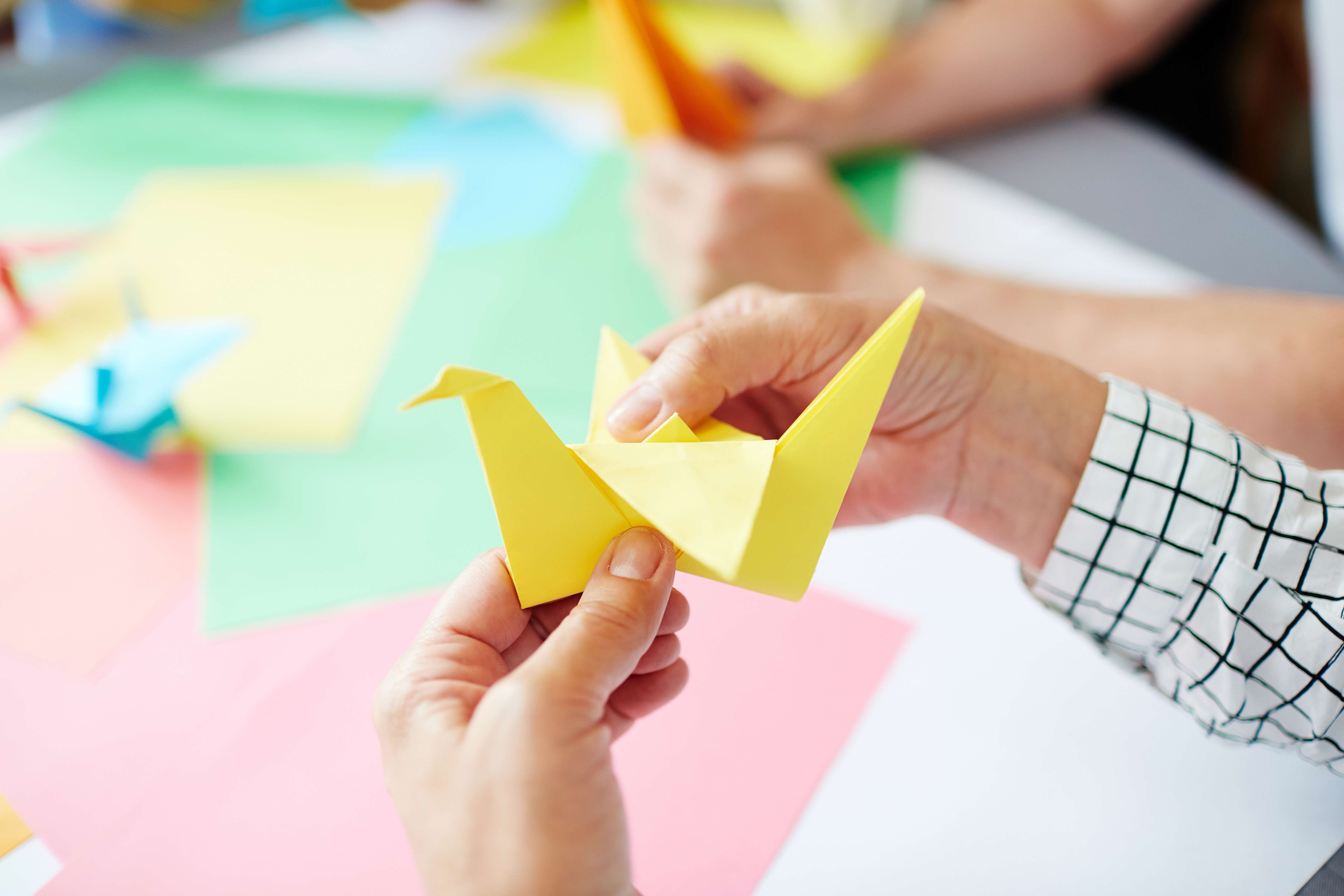 Playing “Origami”, you basically use a square piece of paper. There are roughly three ways to “fold”, just like the followings. 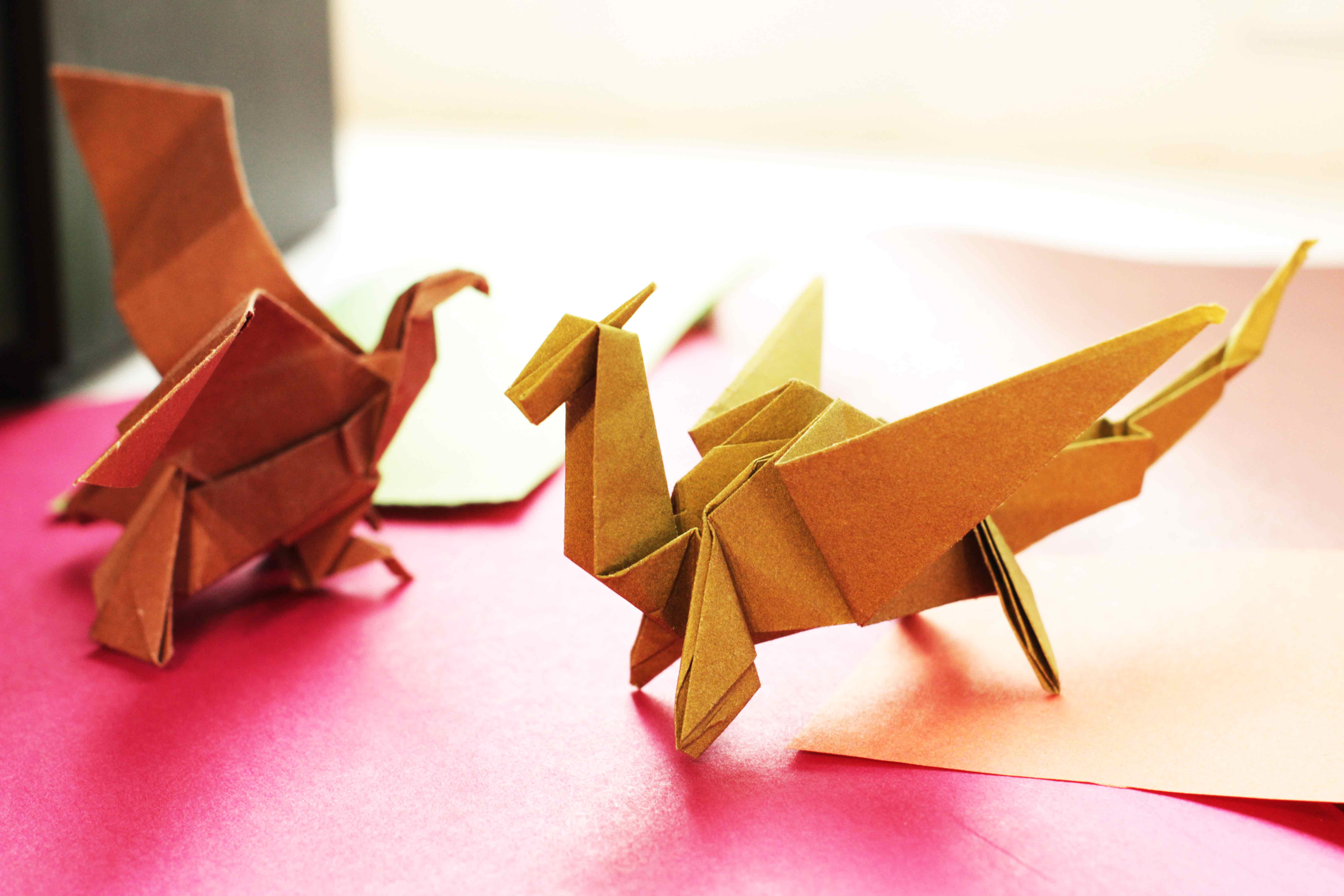 Nowadays, they’re also made in ridiculously complex shapes. It’s really awesome… Try and search for keywords such as “Origami”, “Japan”, “art”, and “images”. We think you can all understand very well. If you look at the development diagrams and so on, they give you a very advanced mathematical or very engineering impression. Of course, there is also a kind of flavor or art that the traditional ones from the olden days have, and it is attractive. You would think that our ancestors probably had a different way of seeing and perceiving things than modern humans do. There are quite a few published texts on how to fold “Origami”, so if you are interested, please give it a try.

“Crane” is one of the most well known “Origami” crafts, right? Many Japanese people remember how to fold that. A “Senba-zuru” is made by making a thousand origami cranes and stringing them together. Note: The word “senba (“one thousand” in Japanese)” means “a great number of ～”, so it doesn’t have to be exactly one thousand. In Japanese culture, the “crane” has been regarded as the “auspicious bird”. It has been considered for many years as a symbol of longevity and celebration, or a wish for such them. For this reason, the custom of making and giving “Senba-zuru” to others was born to pray for good fortune, cure of illness, and comfort for those affected by disasters. It is also well known as a symbol of prayer for peace, referring to the episode of Sadako Sasaki who died of A-bomb disease. The wonderful charm point about the culture of “origami” is that it is “handmade”. Although it is not limited to making “Senba-zuru”, because each one is made with thoughts and wishes, we will be able to feel the some kind of “warmth” or “kindness” of the person who made it. Another wonderful characteristic might be that anyone can make it, as long as they know how to fold it. We can say that “Senba-zuru” is a condensation of the charm and splendor of “Origami”. It would be a great pleasure for us if people overseas could learn about “Origami” culture, including such things, and more become interested in it. How to fold a “crane” can be found in almost any “Origami” instruction text. There are many web pages with detailed instructions with pictures and videos with very detailed explanations, so you can easily search for them. We encourage everyone to give it a try and fold it.