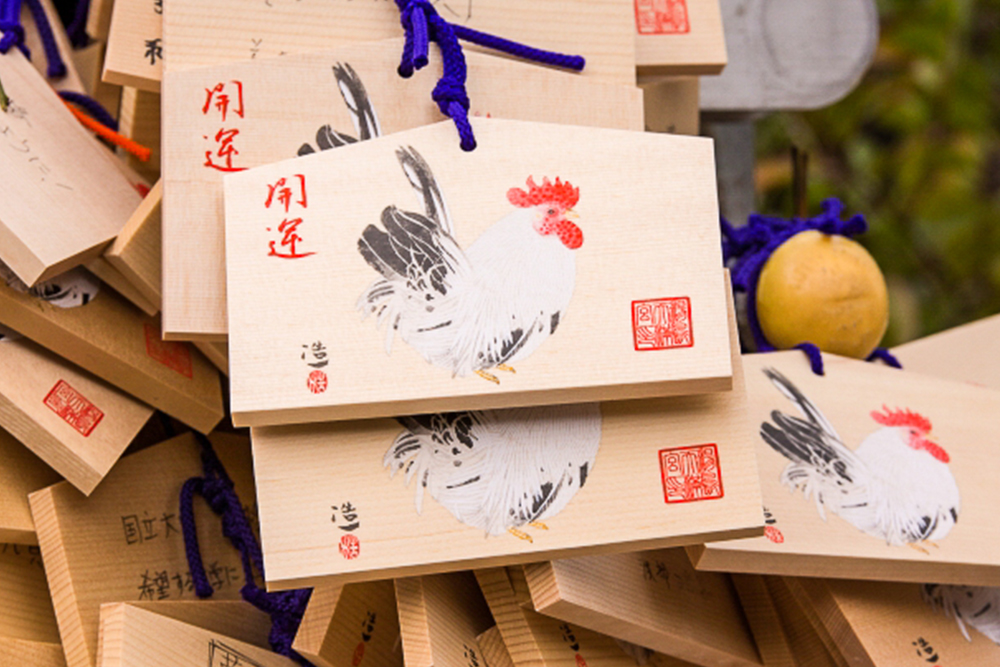 People who visit a shrine pray for various things. In this section, we would like to introduce the items used for such prayers. We have already introduced the “O-Mamori(Japanese charms)” in another section, so here are some other items. 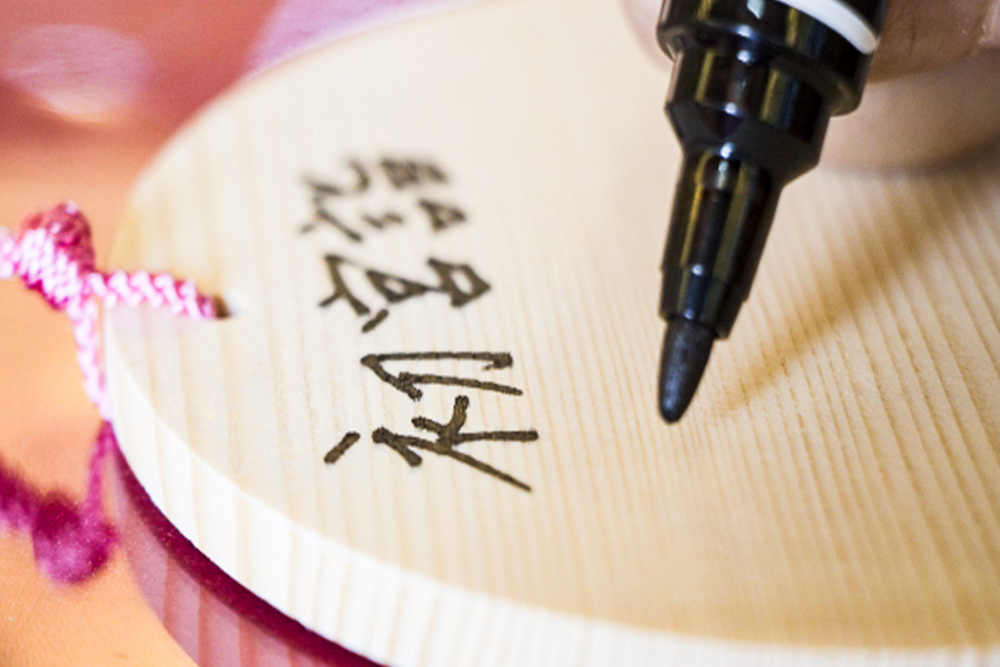 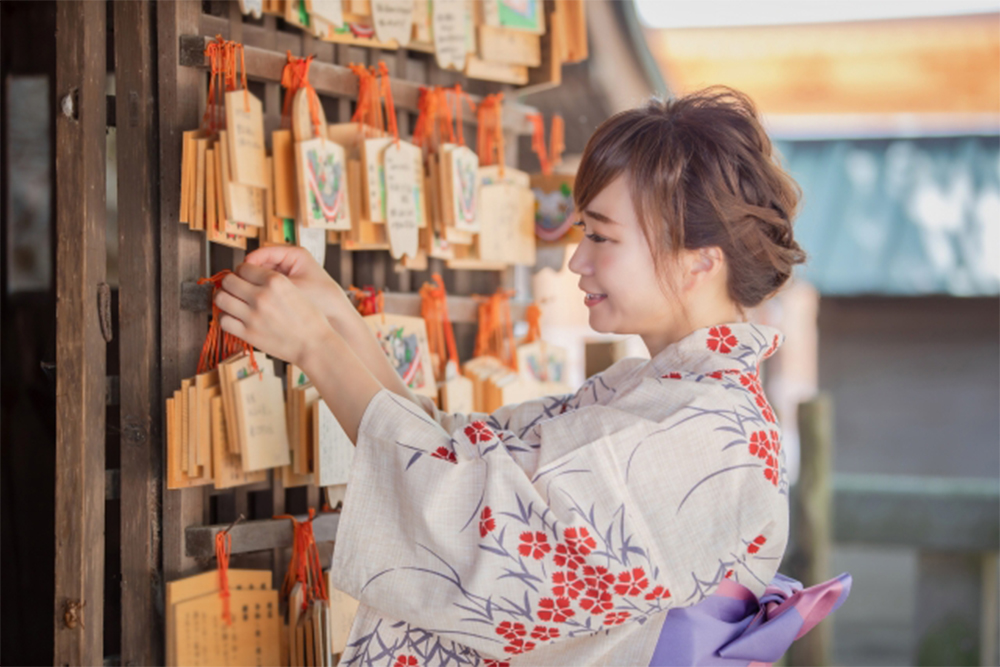 “Ema” is a kind of wooden tag with a picture of a horse on it. The shape varies somewhat depending on the shrine, but most of them are pentagonal wooden tags that look like a house. We write down our prayers on this and dedicate it to the gods. It comes from the way that real horses were originally used as offerings when making some kind of prayer to the gods. It is said that it was one of the most important offerings for rituals, especially for big prayers that were not personal, such as praying for natural disasters to subside or praying for rain. The ancient people thought that horses were the vehicles of the gods. In human society, they were also deeply involved in all aspects of life, such as farming and transportation, so they were treated as special animals. Nowadays, the pictures drawn on these ema have become more diverse well. Some of them have animals of the “Eto(Japanese zodiac)” on them. And some of them have Even characters from manga or anime…!? Why? It makes us feel a little bit like the broad-mindedness of the Japanese gods. 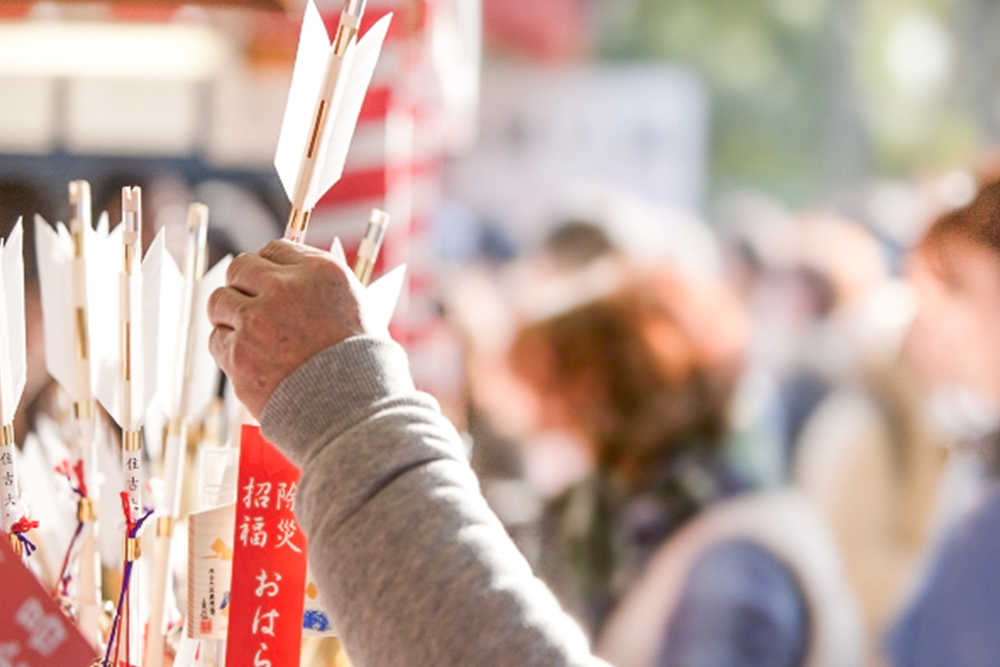 As the name suggests, it’s an arrow. Basically, a white feather. The arrow is mainly used to wipe out bad incidents, to ward off bad luck, or to purge evil spirits. It can protect your body and mind from bad things so that you can strive for achieving some big goal or your hopes and desires. Maybe it’s because their looks of an arrow, which is a weapon, that it seems to be so effective.

A paper tag with a prayer written on it. The words written on them vary. “No sickness, no disaster”, “Prosperous business”, “Great wishes achieved”, etc… The proper way to handle “O-Fuda” is to set up a special shelf or space to hold it and enshrine it there. If you do not have such a shelf or space, place it in a clean place and treat it with care.

As explained in the section on “O-Mamori(Japanese charms)”, it is often said that it is better to use these items for praying for others rather than for yourself. Maybe it means that wishes for personal gain are hard to come true. We hope you will try to make a wish for someone else. And when your wish is fulfilled, please visit the shrine as much as possible to show your gratitude. This will be a very important attitude.