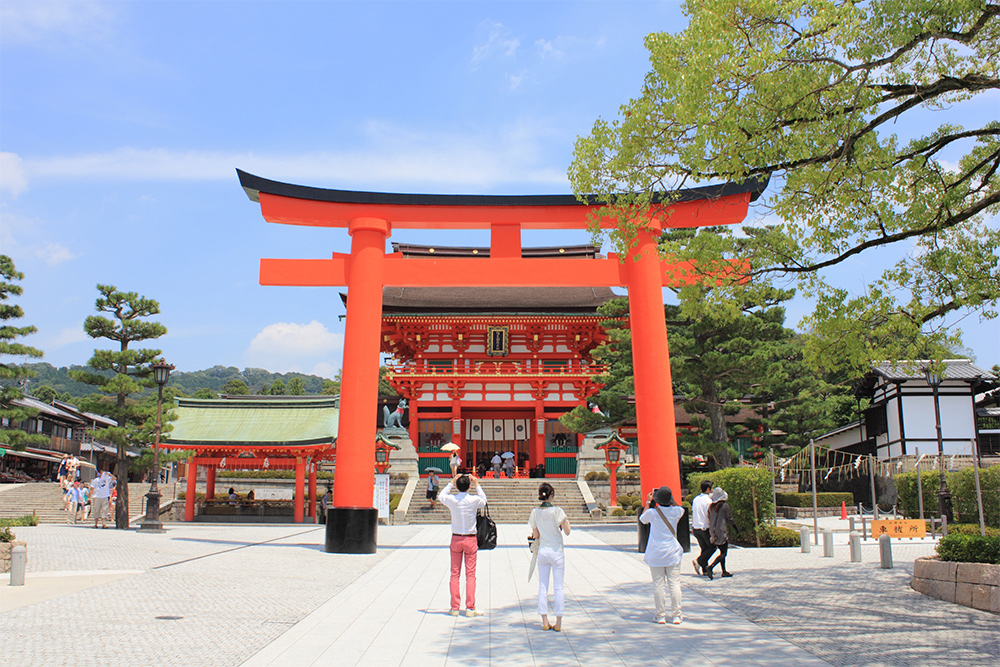 When you hear the word “shrine”, the first image that comes to your mind is probably the “torii” gate. It is probably the same for us Japanese. It’s one of the icons that easily reminds us of Japan, isn’t it? The “torii” gate is the entrance to the Shinto shrine, and represents the boundary between human society and the sacred realm. As a matter of fact, we don’t know the detailed origins because there is nothing definite… There are a lot of theories. To name a few representative theories… This is one of the episodes in Japanese mythology. When Amaterasu-Omikami, one of the gods of Japan, was locked up in Amanoiwato (it is rock door), the other gods crowed chickens to make her open the door. One theory is that “Torii” is modeled after the perch where the chicken used to perch. The other theory is that the name “Torii” came from the meaning of the word “Tohriiru(passing through)”. Even though it is very familiar to Japanese people, there are still many unknowns about it. Well, it’s one of those cultures that has been handed down for such a long-ago time.

～The Structures of Torii～

“Torii” can be classified into several categories according to the characteristics of each part. Originally, the shape of the “torii” was determined by the lineage or character of the deity being enshrined. However, due to the influence of various architectural styles, including Buddhist architecture introduced from the continent, the architectural styles of shrines have also diversified. That is why today, except for a few “shrines”, the shape is not so strictly defined. The main types of “torii” are as follows.

～The Other types Torii～

～The Classification Table of Torii～

If you pay attention to them, you can find that each of all is quite interesting. However, these “torii” are the entrances and exits to the sacred areas. Please remember that they are very special and sacred.