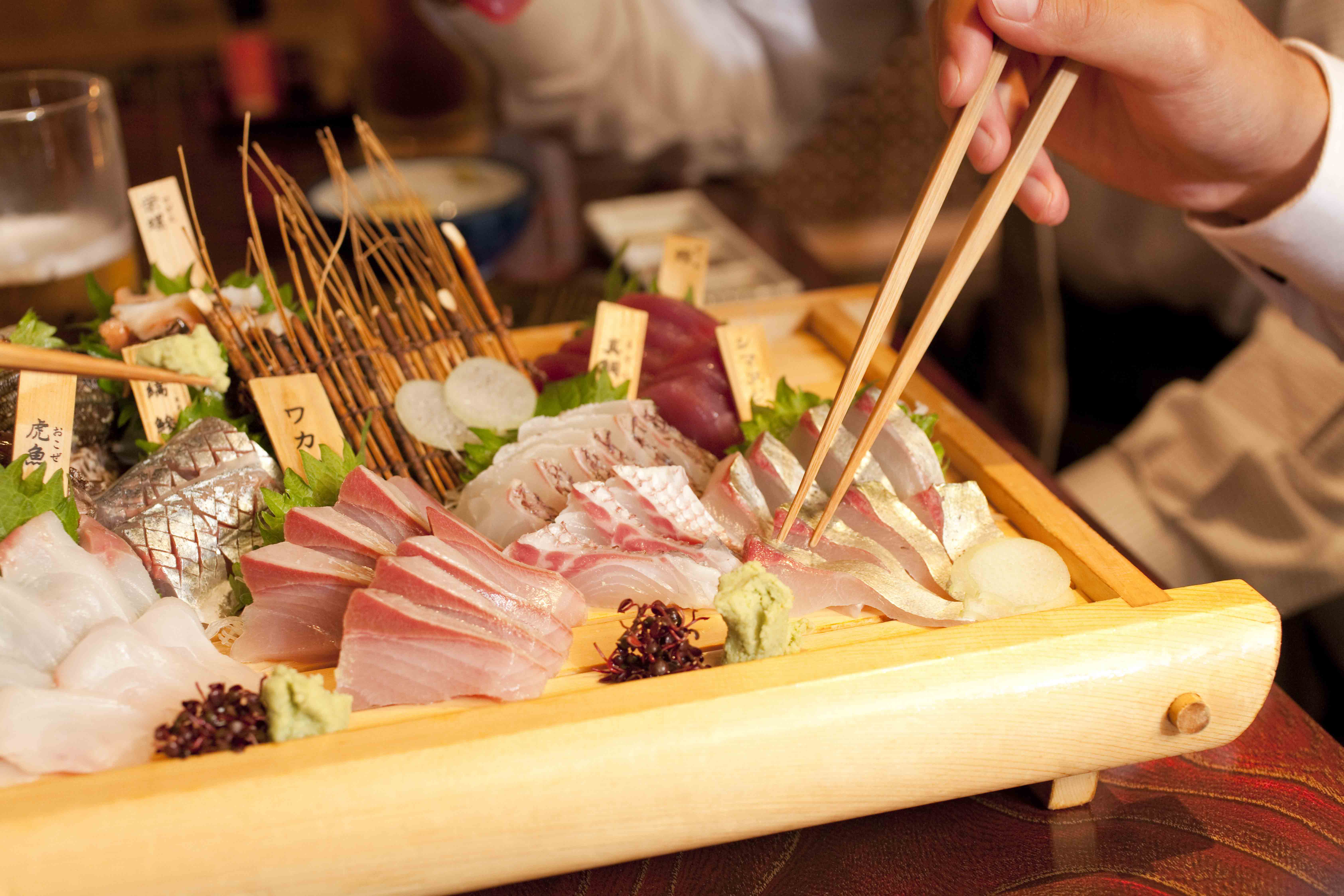 One of the characteristics of Japanese food culture is “Raw Eating”. “Sushi” and “Sashimi” are typical Japanese cuisines related to “Raw Eating”, which you may be familiar with. As a matter of fact, it was only in the modern era that the “Eating Raw” culture of seafood (or meat) such as “sushi” and “sashimi” became generally possible. The development of transportation networks for transporting food and the development of refrigeration / freezing technology to keep foodstuffs fresh, etc., are the key to making safe and delicious “Eating Raw” possible for us. Well, it seems that there have been a lot of efforts to eat as close to “Raw food” as possible for a long time. We have talked about some of the specific trials and tribulations in the section on “Sushi”… Surprisingly, eating vegetables raw in Japan was conceived as one of the ways to eat seafood and meat in a raw form. They tried to eliminate the fishy smell of seafood and meat by using “condiments” such as “leeks”, “shiso”, “ginger”, “garlic”, and “horseradish”. A salad is a dish in which vegetables are eaten raw, but it was only after the modern era that the cooking way of “salad” became known in Japan. It’s not an exaggeration to say that it was only after World War II that a salad became part of the general diet. Apart from being used as a “condiment”, the basic cooking ways for vegetables were to boil them down or to make them “pickled”.

Now that Japanese food culture is well known abroad, “Sushi” and “Sashimi” are quite popular. We’ve heard that the dishes for eaten raw are served in some Japanese restaurants abroad nowadays. Well, eating fish and meat raw or cooked in a near raw way is not limited to Japan, you all know that. However, one thing that still so surprises people abroad is that we Japanese eat “eggs (chicken eggs)” raw, isn’t it? This eating culture is quite rare, right? We think that once you try it, many people will say, “It’s delicious!”, but we’ve heard that there are still many people who do not like to eat “eggs” raw. Of course, there are still some Japanese people who are not good at it. But, there is no doubt that it is a fairly common way of eating in Japan. That is what we would like to tell you. 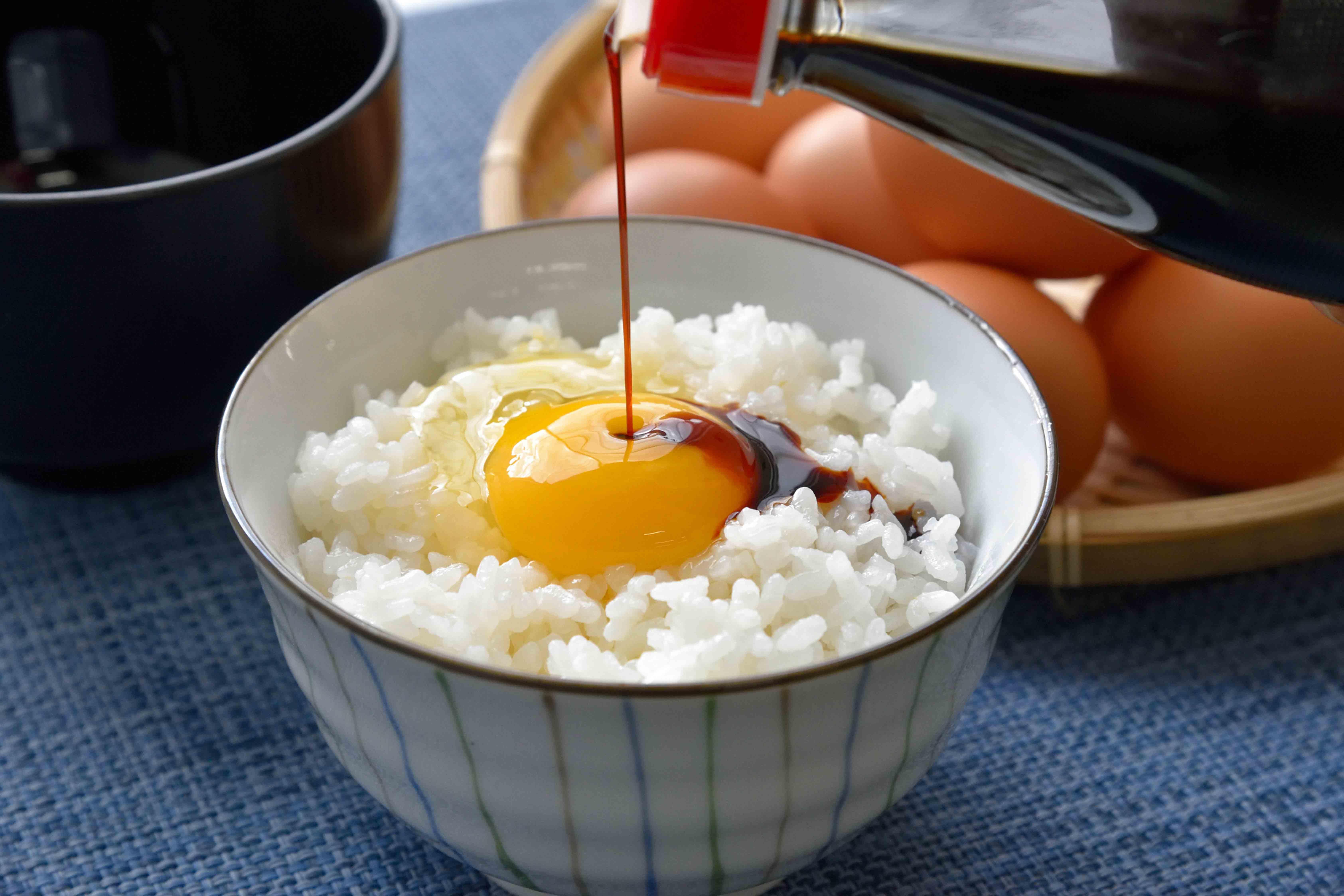 This “Egg on Rice” is a typical Japanese dish in which such “eggs” are eaten raw! In Japanese, it’s called “Tamago-kake-gohan”. We might even say that it is the origin of our national dish. “Egg on Rice” is a simple, hassle-free dish of rice with a raw egg and soy sauce. You can sprinkle “Katsuobushi” (dried bonito flakes) or “Jako (dried young sardines)” or something to your liking. As a matter of fact, there are various kinds of soy sauce (such as soy sauce with dashi) that are recently sold exclusively for the “Egg on Rice”. It’s pretty popular, right? However… if you still want to refrain from eating “raw eggs”, we recommend the “hot spring eggs”. This cooking way is properly cooked through heat, making the eggs just short of half-boiled. In other words, it can be called “soft boiled egg”…? It is a very tasty egg dish that can be made rather easily at home. Instead of a “raw egg”, put this “hot spring egg” on rice and voila! You’ll be able to experience a high-grade of “Egg on Rice”! Now, find out how to make “hot spring egg”. You can order delicious Japanese soy sauce and rice on the web.

Well, at any rate, we hope you enjoy the Japanese food culture of “Eating Raw”. Yummy yummy Happy!!