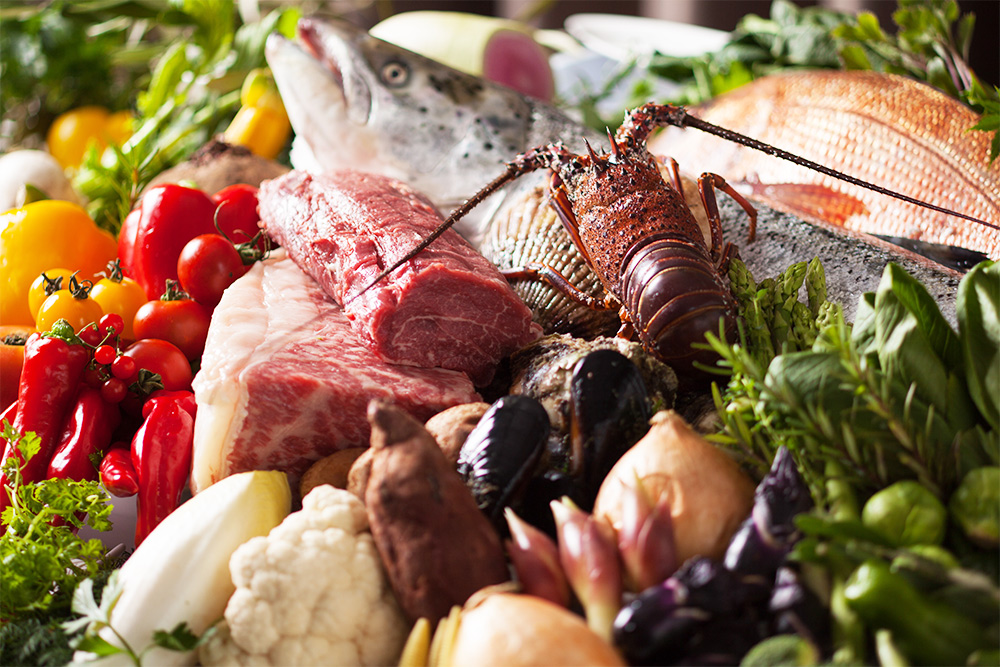 “This dish goes well with this drink”. “This food is delicious when eaten with ○○”… Or “△△ will affect the flavor of ××, so you shouldn’t eat them together”… In contrast to such of those, there are certain ingredients that go well or not with each other, right? Usually, the reasons for them are that they enhance the flavors of the ingredients, or not. There are many examples of such things in every country and region of the world, in every food culture. Probably, many kinds of dishes were created based on such a standard combination of ingredients that go well together. They are very interesting because they show the tastes and preferences of the people in that culture. This time, we’d like to focus on the culture of “Food Combination” in Japan.
It’s called “Kuiawase” in Japanese. This culture of “Food combination” in Japan is a bit different from the above mentioned, we should say. Some of them are combinations of certain ingredients that are forbidden to be eaten for religious or belief reasons, but we’ll leave such examples aside for this time. We’d like to focus on the combination of ingredients that are generally considered to be bad. There are many theories about the rationale behind… Therefore, a few examples which the clear reason is not clear.

“Kuiawase”, this culture of “Food Combination” in Japan will be kinds of “lore” or “folklore”. These knowledges that our ancestors gained based on their accumulated experiences has been passed down orally. It’s probably knowledges that includes a lot of personal favorites and impressions… That’s why many of them are very vague in their rationale. There are many examples that might be better thought of as kinds of “Practice Superstition”. However, these considered bad “food combinations” are still avoided today, even though the evidence is still unclear. It is generally accepted at homes or in restaurants as well. As a matter of fact, there are quite a few things that are considered to be medical correct nowadays. Surprised? We should be grateful to our predecessors for passing on their various experiences or individual favorites to us today.

So, we would like to present some typical examples of “food combinations” that are considered to be bad in Japan～

・Eel × Umeboshi(pickled plum)
This is because it was thought that the fatty taste of eel and the sour taste of umeboshi would cause indigestion. On the other hand, there is a theory that “Food Combination” is considered bad because both foods are delicious and increase appetite, so it is a warning not to overeat. In fact, the umeboshi’s acidity seems to help digest the fat, so from a taste perspective, the “Food combination” is not bad.

・Soba noodles × Tanishi(pond snails)
Soba was thought to be easy to overeat because it is often eaten with very little chewing. It was also considered to be a food that was not very easy to digest at the time because it was very filling. They thought that if they ate those hard-fleshed tanishes together with soba noodles, it would easily cause indigestion. Incidentally, tanish is not a commonly consumed food in Japan today.

・Tempura × Watermelon
This is because it was thought that oily tempura and watermelon, which has a lot of water, do not mix well in the stomach and can easily cause indigestion. Actually, this “food combination” is not good for digestion and is hard on the stomach. For the same reason, watermelon as well as other cold drinks (cold water, milk, shaved ice) were considered to be a bad combination.

・Octopus × Warabi(bracken)
It was thought that octopus, which needs to be chewed well, can easily cause indigestion. In addition to that, bracken was thought to cause bracken poisoning if eaten too much. There is not much of a problem with octopus, but overdose of bracken can be dangerous. Be careful!

・Eel × Ginnan(gingko nut)
The reason for this was that both were so delicious. Well, eating too much of the former could make you feel sick due to excessive fat intake. While excessive intake of ginnan could cause poisoning. In fact, overdosing on ginnan can cause poisoning, so caution is advised.

・Matsutake mushroom × Clams
The reason for this “Food Combination” is that when combining ingredients that are in different seasons, if both or any of them are out of season, the freshness of the food will deteriorate. Especially in those days, when refrigeration and transportation technologies were not yet developed, it is believed that food poisoning was often caused by the deterioration of food freshness. This combination is a classic example of that.

・Ayu fish × Burdock
Ayu is a typical river fish that has been eaten in Japan for a long time. But because it was easily damaged and difficult to refrigerate and transport, food poisoning was often caused. Burdock has also been a familiar food for a long time, but its texture makes it prone to indigestion. It is thought that this “Food Combination” were rather frequent. Therefore, there may have been many cases of food poisoning.

・Soba noodles × Eggplant
It was believed that when the body gets cold, it is more likely to catch colds and other illnesses. The belief that one should be careful not to eat too much kinds of cucumbers, such as eggplants, cucumbers and togans, is rather common, and women (especially pregnant women) should be especially careful. In fact, cucumbers have a cooling effect on the body. Please be careful.

・Crab × Kaki(Persimmon)
In fact, both of them have a cooling effect on the body. Another reason for avoiding crab was that it used to be a fragile food. One theory is that it’s because of the combination of the old tale of “Monkey VS Crab”…

・Walnuts × Liquors
It seems to be medically correct that this “food combination” tends to increase blood pressure. In fact, walnuts were used to prevent coldness.

・Blowfish × Okowa(Upgraded “Japanese Seasoned Rice”)
※There are many combinations of these types of things, depending on the region…

In addition to the above, there are some things you should avoid, such as “Loach × Yam” because the texture is a bit unpleasant… Well, we know what they’re going to say… But Japanese should be used to eating sticky foods like natto, okra, mekabu and etc. What were they talking about? you’d think. It’s quite interesting if you examine it in detail, isn’t it?