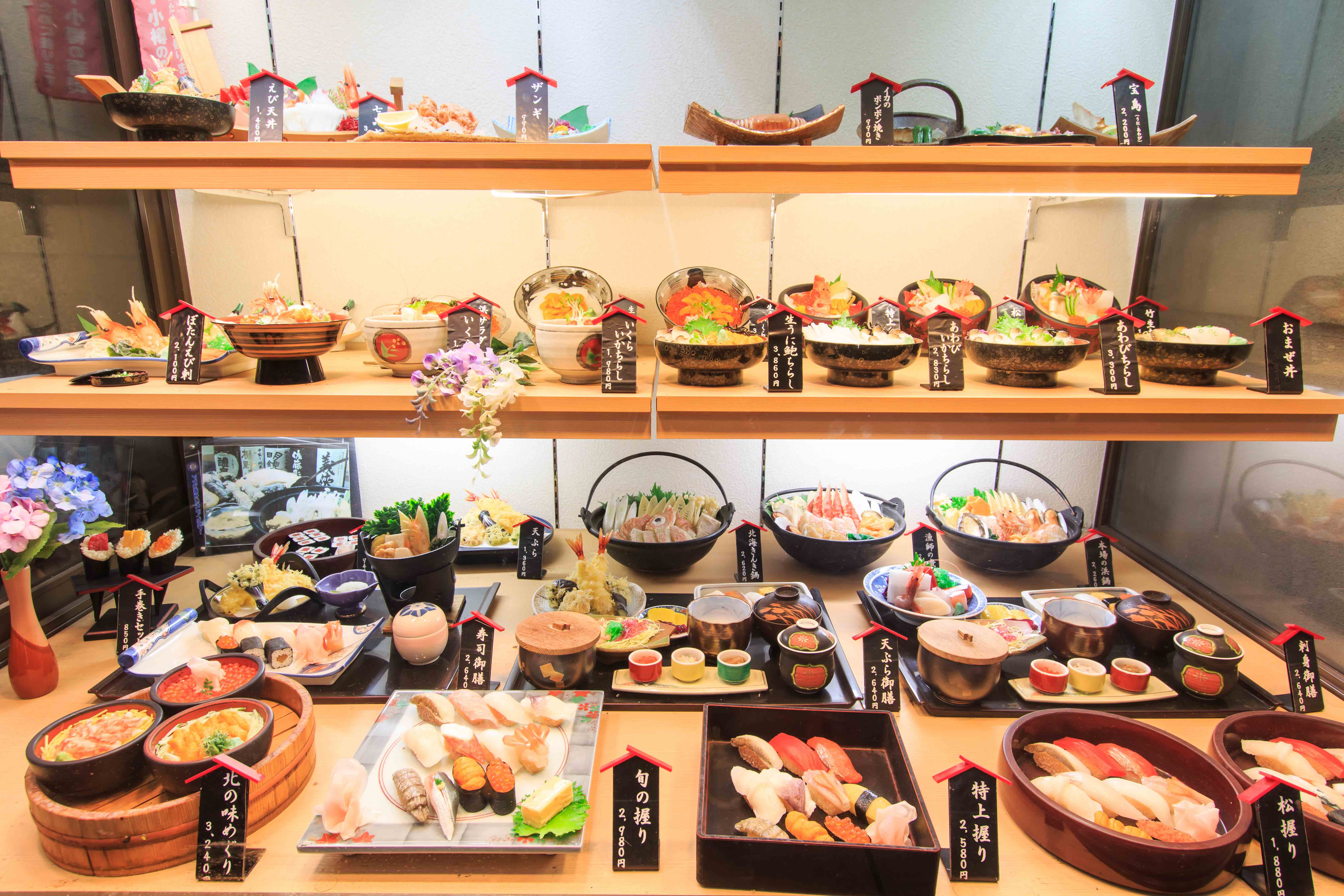 Do you know “Food samples”? Nowadays, many people have seen them on display in restaurants overseas, so you may have seen them before. It is very popular with people from overseas because they can find out what the dish is at a glance. They are really well made! As a child, and even as an adult, we still get excited when watching “food samples”. The beauty of the lookings, shapes and forms of the food is spectacular, as colorful and appetizing as or even more so than the actual food. We might often take our eyes off our appetites and stare at the “food samples”. “How this is made…?” “Mm? What is this made of…?” While thinking about such things… These fascinating “Food samples” were actually invented in Japan. That was in the early 20th century, during the Taisho era. In the beginning, they were made by taking a mold of the real dishes using agar, pouring colored wax into the mold, and then further coloring them by hand. Yes, they were all handmade, one by one. At that time, the number of coffee shops, Western-style restaurants, and Teishoku-ya (set meal restaurants) for the general public were beginning to increase in Japan. It is said that the use of those samples clearly showed a high promotional effect. As a result, by the early Showa period, the advertising style of displaying “food samples” had spread throughout Japan. Since the 1970’s, the wax ones have been replaced by synthetic resin ones. Of course, those figures are becoming more realistic and more textured. Nowadays, they are not only used as promotional items for food in restaurants, but are also recognized as toys(called “food models”) and works of art. There are also famous production studios and famous artists whose works are popular because of their excellence. Even if it’s the same dish, the ingredients and serving style will differ depending on the restaurant that serves it, right? Therefore, “food samples” are usually made to order for each restaurant that places an order. It will be the culmination of very delicate craftsmanship, which requires how realistically and attractively the type of dish, the ingredients used, and the cooking method can be expressed. Amazing… Don’you think so? 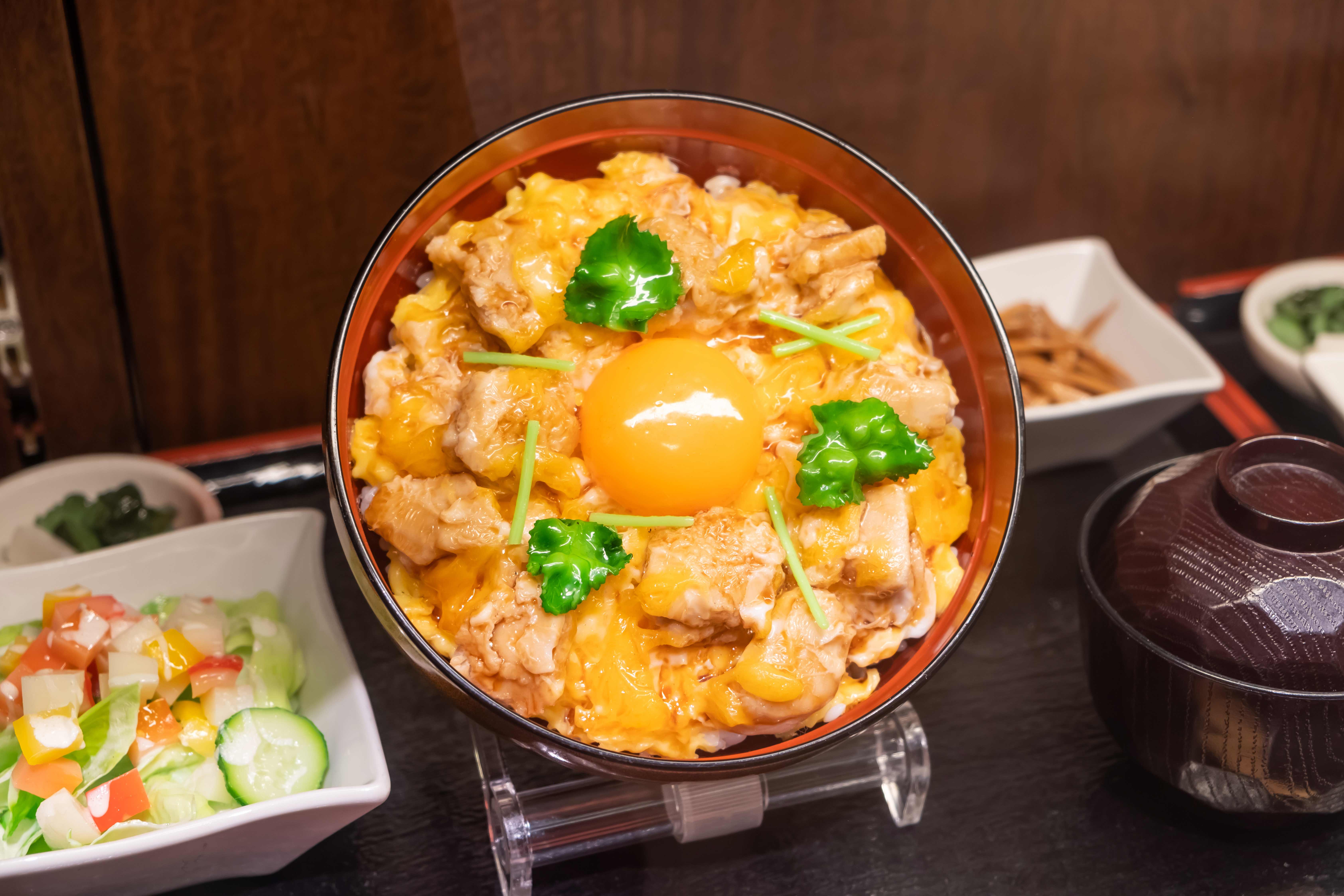 In the early 20th century, when “food samples” were created, color photographic images were not as easily and freely available as they are today. There was no such thing as copy technology also. The only way to show the customers exactly what the food looked like was through hand-drawn illustrations at best. In those times, the “food samples” was a very revolutionary invention. Nowadays, with the development of photographic imaging and copying technology, as well as electronic display devices, such things are no longer a difficult task. However, three-dimensional objects made with vivid colors and precision have a completely different power than photographic images, right? Should we say some kinds of the unique charms that can be called “almost real”? In Japan, there are not only Japanese restaurants, but also many restaurants where you can enjoy quite a few different cuisines from around the world. Those restaurants offer a really wide variety of dishes. “Food samples” will be a great way to show the appeal of such restaurants. Imagine a scene where all those “food samples” of various dishes are displayed together. Wouldn’t that make you want to go into that restaurant? So, “Food samples” are still evolving in many ways.

In recent years, these “food samples” have been sold at home centers, variety stores, or toy stores at relatively low prices. There are also model kits for making them, you know? You can even buy them online. There are some artists who have uploaded videos of their work, so please check them out if you are interested.