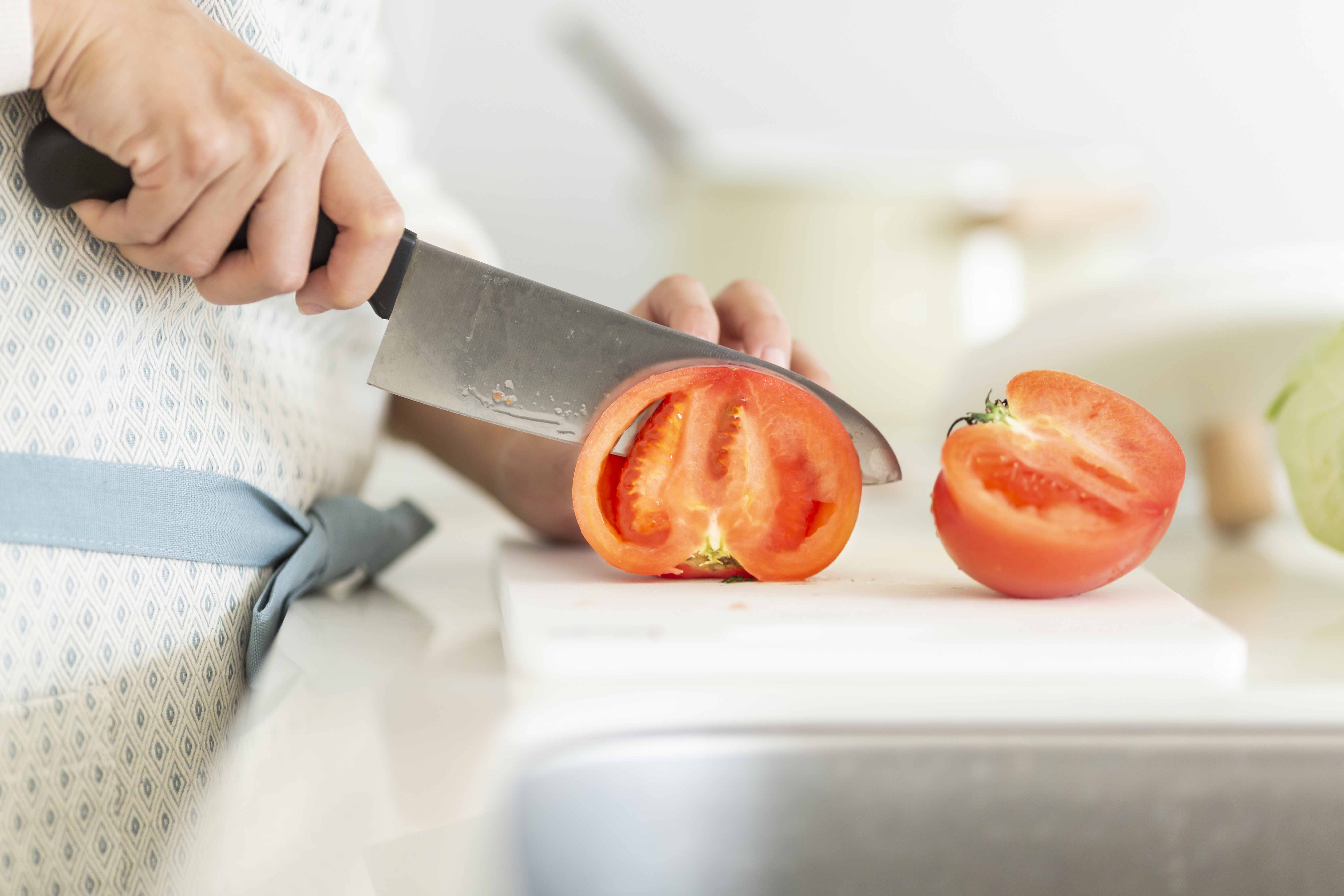 You know “Japanese Sword”? Japanese blades are very good, the blades have very high quality. They are so-called “Forging blades”. They made of the mixture of both soft and hard metal that get heated and hit hard. The blades does not lose their sharpness easily. Also, if you take care of it properly, you can use them for a very long time. Some cooks overseas are very fond of Japanese blades. The way you cut foods can make a big difference in how good or bad your cuisine tastes, you know?

Come to think of “Forging blades”, this year, the kanji for “刃 (yaiba)” which means “edge of blade” in English, has been all over Japan. This is because a certain comic became a big topic of conversation. We’re sure many of you overseas are familiar with that. Since this is a good opportunity to talk about “Forging blades”, we’d like to talk about a trivia related to this kanji for “刃” and etc. The kanji for “刃” has the meaning of “a tool or an instrument that it has the property of cutting”. The word “刃” does not refer to the tool as a whole, but to the part of the tool that has the property of cutting something. Also, it does not necessarily mean only “tool” or “instrument”, but also includes spiritual and conceptual meanings. Adding one stroke “ヽ” to the kanji for “刀”, it becomes “刃”. According to one theory, this “ヽ” represents the part that “has the property of cutting something”. It’s quite an interesting theory, don’t you think so?

Alright. Now, with the above telling in mind, we’d like you to take a fresh look at the kanji character for “Japanese kitchen knife”, which is a representative of Japan’s excellent “Forging blades”. The kanji for “Japanese kitchen knife” is “包丁”. The original kanji for this is “庖丁”, “包” is a simplified form of “庖”. However, when you look at any of the kanji… you can’t find the word for “刃 (yaiba)” or “the property of cutting something” in it. Although some of you may have thought “isn’t that what the kanji “丁” means?”, it’s not correct. The word “庖” means “kitchen”, and “丁” means “person”. So “庖丁” is the kanji for “a person who cooks”. It’s the kanji that means “cook” itself, right? “Cooking Japanese food” always includes the process of “cutting” the ingredients or something. It may be more accurate to say that it always starts with “cutting” the ingredients. The art of cutting and the kitchen knives used to do that, are considered that it is extremely important for “Cooking Japanese food”. For this reason, it is said that the kanji character for “庖丁”, which originally had the meaning of “a person who cooks”, also came to mean “an instrument for cooking” or “a blade for cooking” itself. Nowadays, “Japanese kitchen knife” are made specifically for each ingredient, and there are actually a huge number of different types. There are also “Tatami knives” used for making “Tatami mats”, and the special knife used for cutting fabrics for clothing, in addition to cooking knives. If you visit a store that specializes in knives, you will definitely be surprised!

Japanese blades are not only knives. Cooking utensils such as the “purer” and “grater” are also kinds of Japanese blades, right? In addition, we’ve heard that “nail clippers”, “razor blades” and later “scissors” are very popular with people from overseas. These are things that you use on a daily basis, which may give you a sense of their quality. Would you like to try one out?