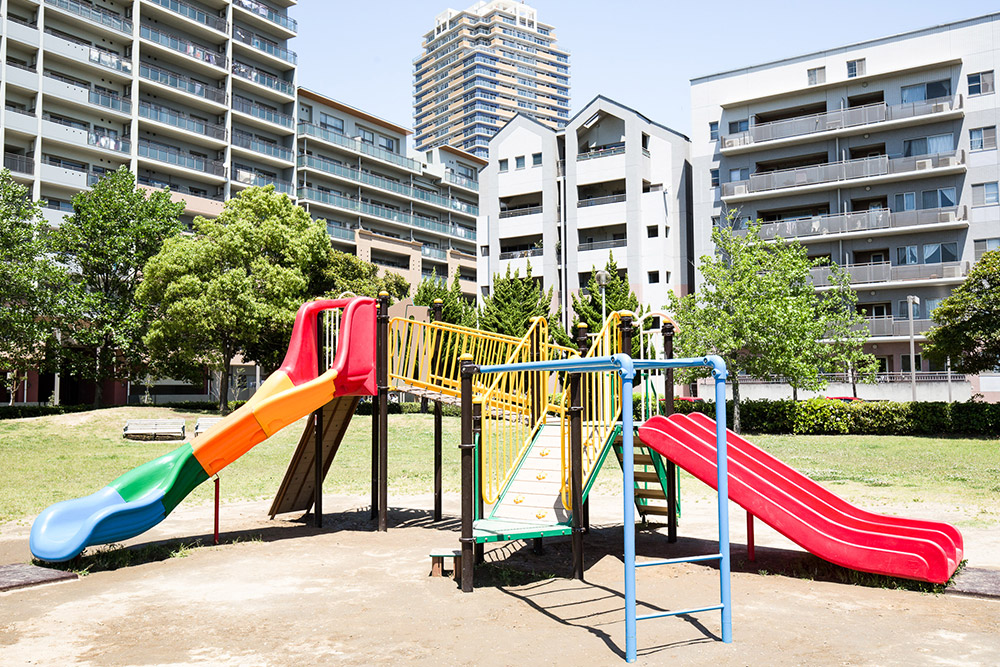 This is not a designated nature park or anything like that. It’s just an ordinary public garden or park that can be found in the city or even in residential areas. These parks are a kind of “Urban Parks”. Incidentally, these parks are governed by the national / prefectural / municipal government. Now, this “Urban parks” we’re going to talk about… In fact, Tokyo has the largest number of the parks in Japan. The next is Kanagawa. Some of you might be surprised. However, that’s only in regards to the number of installations. Since Hokkaido has the largest area, and Tokyo is at the bottom.

There are two broad reasons for the large number of installations of these parks in urban areas. For “disaster prevention” and “greening”. The former is from the point of view of securing a place of refuge and a base for rescue operations in the event of disasters. As you know, Japan has a lot of earthquakes, and typhoons come. So, it’s a contingency plan. The latter is in terms of combating global warming. It can be quite hot in urban areas with a high concentration of asphalt and concrete-covered ground and glass-clad buildings. If we don’t proactively set aside green space by doing something about it, the temperature will be ridiculously high. In recent years, the summer months in Japan have become hotter and more humid, which makes them all the more necessary to take such measures. Well, urban parks in Japan are established for this reason. That’s not to say that these are all causes of… As a matter of fact, these city parks are not often used as children’s playgrounds. Of course, there’s nothing wrong with using these parks, even if you are an adult. However…

When you visit the “Urban Park”, please be sure to look at the signs near the entrance. It’s quite a lot of prohibited activities. Some of the most common are line-ups like these…

Honestly, what are we supposed to do in this park…? We’re also wondering. Well, Not necessarily everything is banned, though. Still, they are rules, so beware.