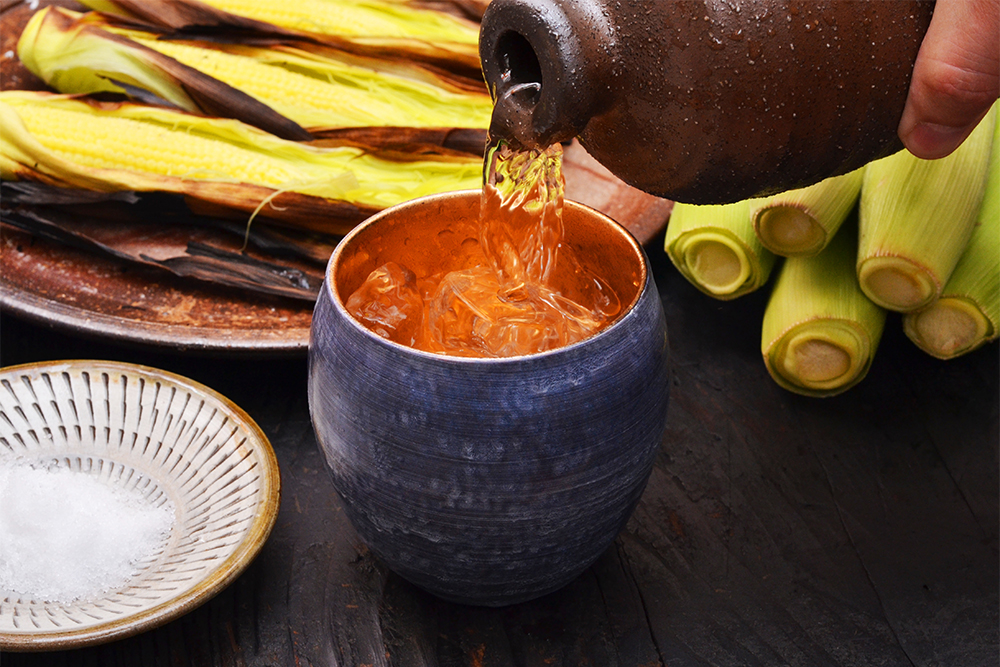 This is another typical Japanese liquor. It is completely different from sake. While the alcohol content of Sake is around 15%, shochu is very strong at 25-40%.

It is a liquor whose production that spread mainly in the Kyushu region in Japan, and it is historically said to be from the Middle Ages (around 15th to 16th century.) It is because it was climatically unsuitable for the production of sake. Because of the difference in raw materials, its taste and aroma are also varied. Each has its own signature taste.

Due to the fact that the “shochu boom” has occurred in recent years, since 2000, the stocks have recently exploded. Like sake bars, there are bars specializing in the selling of shochu.

Shochu is divided by drinking it with sodas and with liqueurs. In recent years, drinks made with fruit juice are explosively popular. The number of products on the market is humongous.

By the way, it seems that there is not much of a clear line between of “sour” and “chuhai”. It can be said that each of them is a kind of cocktail in terms of how it’s made, but they are two different things. Perhaps a cocktail feels like a cocktail because of its cool names?

In Japan, you say that plum wine is a representative of mixed liquor. It is liquor made by soaking other ingredients in shochu and aging it. What is most popular is the kind of fruit wine. Also herbs and natural medicinal ingredients, etc.

In addition, there is a strange variation here, “habu liquor,” which uses “habu”.
The “habu” is a poisonous snake that lives in the Okinawa region.
… How wonderful?

Overseas, there seems to be various other liquors that are pickled with different creatures. Scorpions or centipedes… After all, isn’t it all for medicinal purposes?