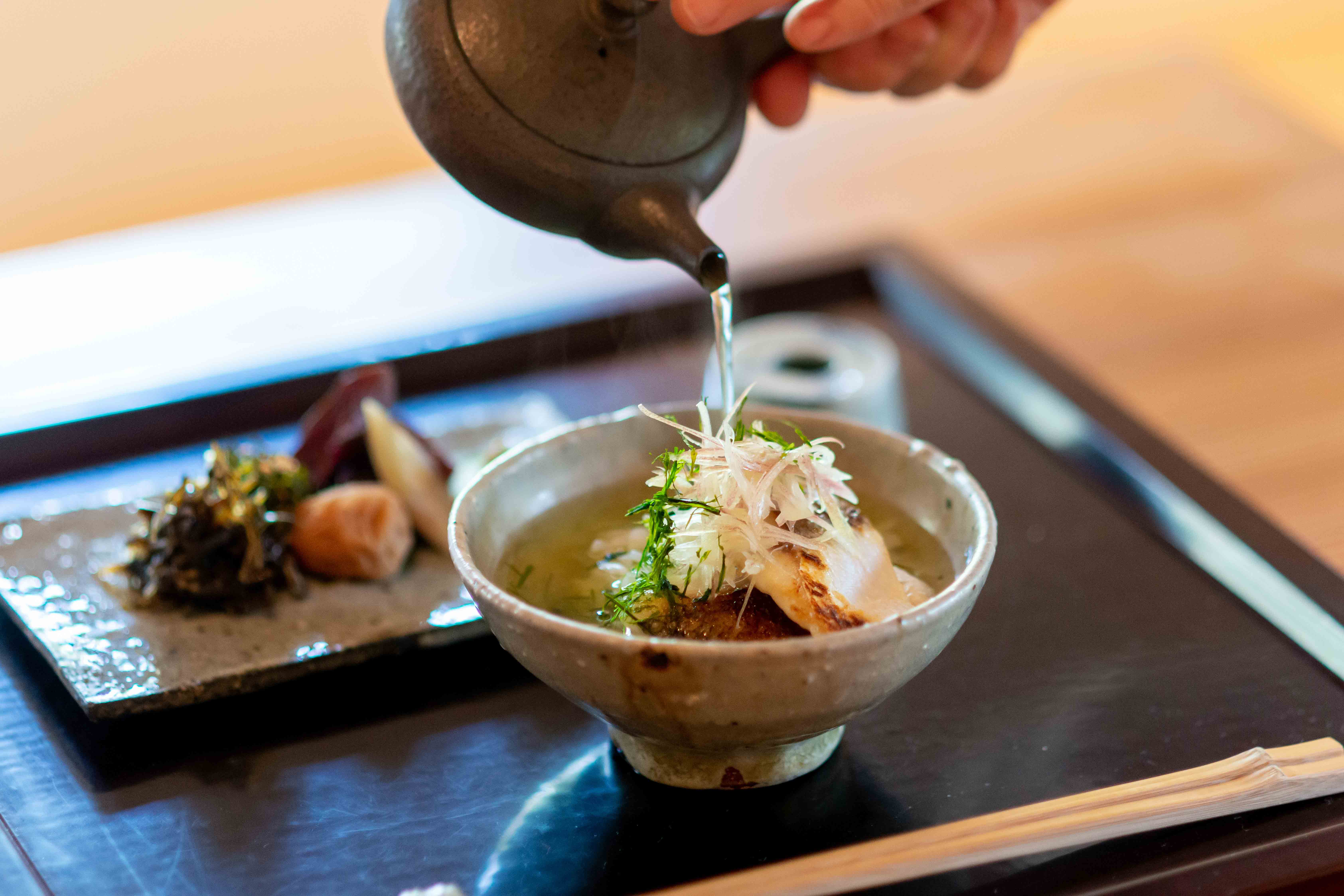 What is “O-Chazuke”…? A dish of rice soaked with tea, hot water or “Dashi (broth)”, etc. A simple explanation would be something like this? It seems that we can also call the dishes “O-Chazuke”, including them that are not loaded with any “ingredients”. 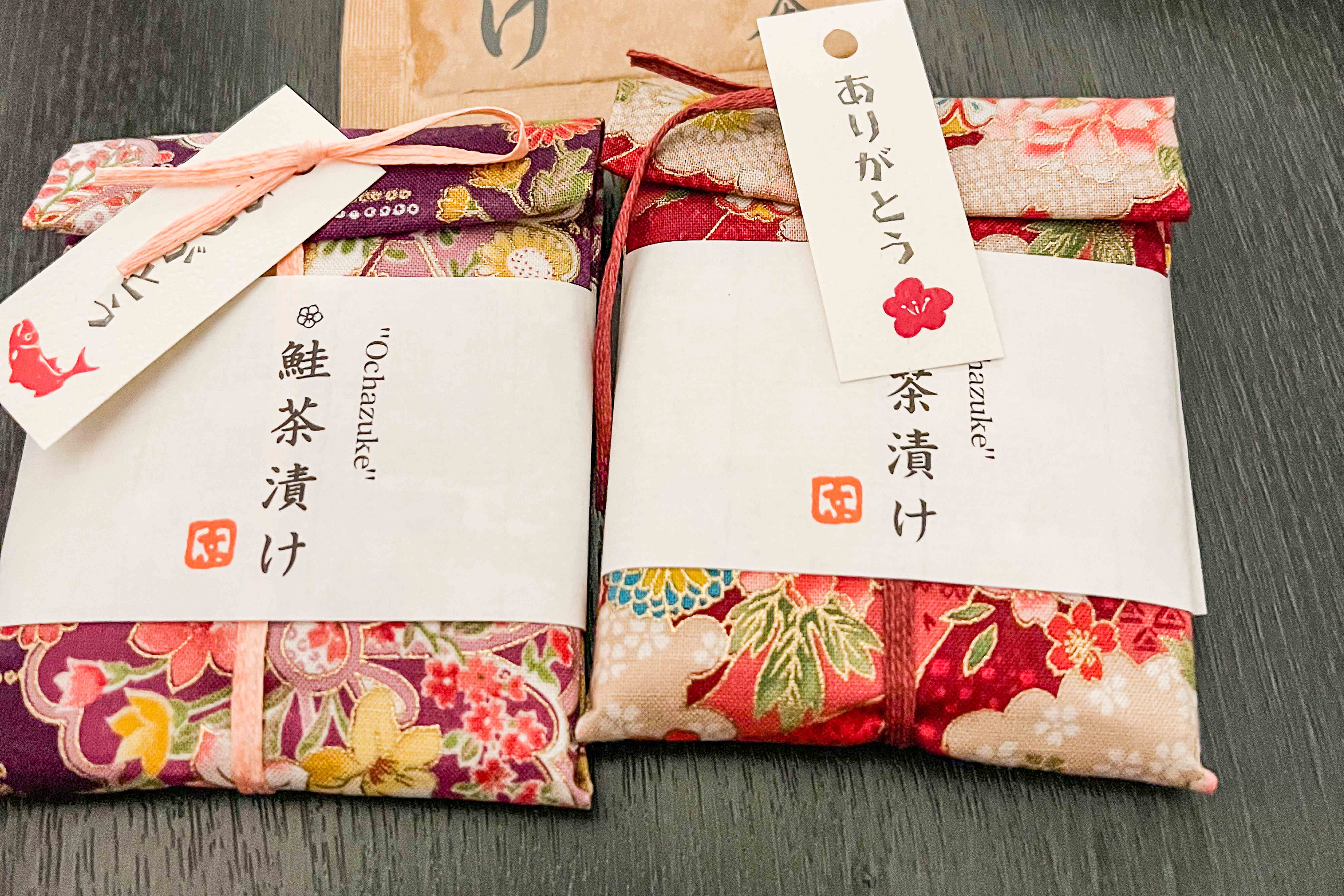 It is said to have been the original fast food of Japan because it was very easy to cook. We’re not sure how long “O-Chazuke” has been eaten. During the Warring States period, a dish of rice with some ingredients and poured water over, it was often eaten. They were called “Yu-zuke”. We can say that “O-Chazuke” is a very old dish, because our predecessors would have already done so through trial and error about how to eat “rice”. Well, “O-Chazuke” in the form of pouring “Tea” became popular in the middle of the Edo era when “Tea” such as “Bancha” and “Sencha” came to be common. It was around this time that “ingredients” such as pickles, grilled fish, seaweed, and Tsukudani (food boiled in soy sauce) began to be added. Incidentally, hot water or “Dashi (broth)” (including soups) over rice is not so uncommon in other countries, but pouring “Tea” over it is not so common, isn’t it? It probably started out as just hot water. Because it makes it easier to eat even hardened rice. But hot water alone has no flavor, so leftover cuisines and salty “ingredients” like pickles are added… Eventually, we suppose, it became the form of pouring “Tea” over it. 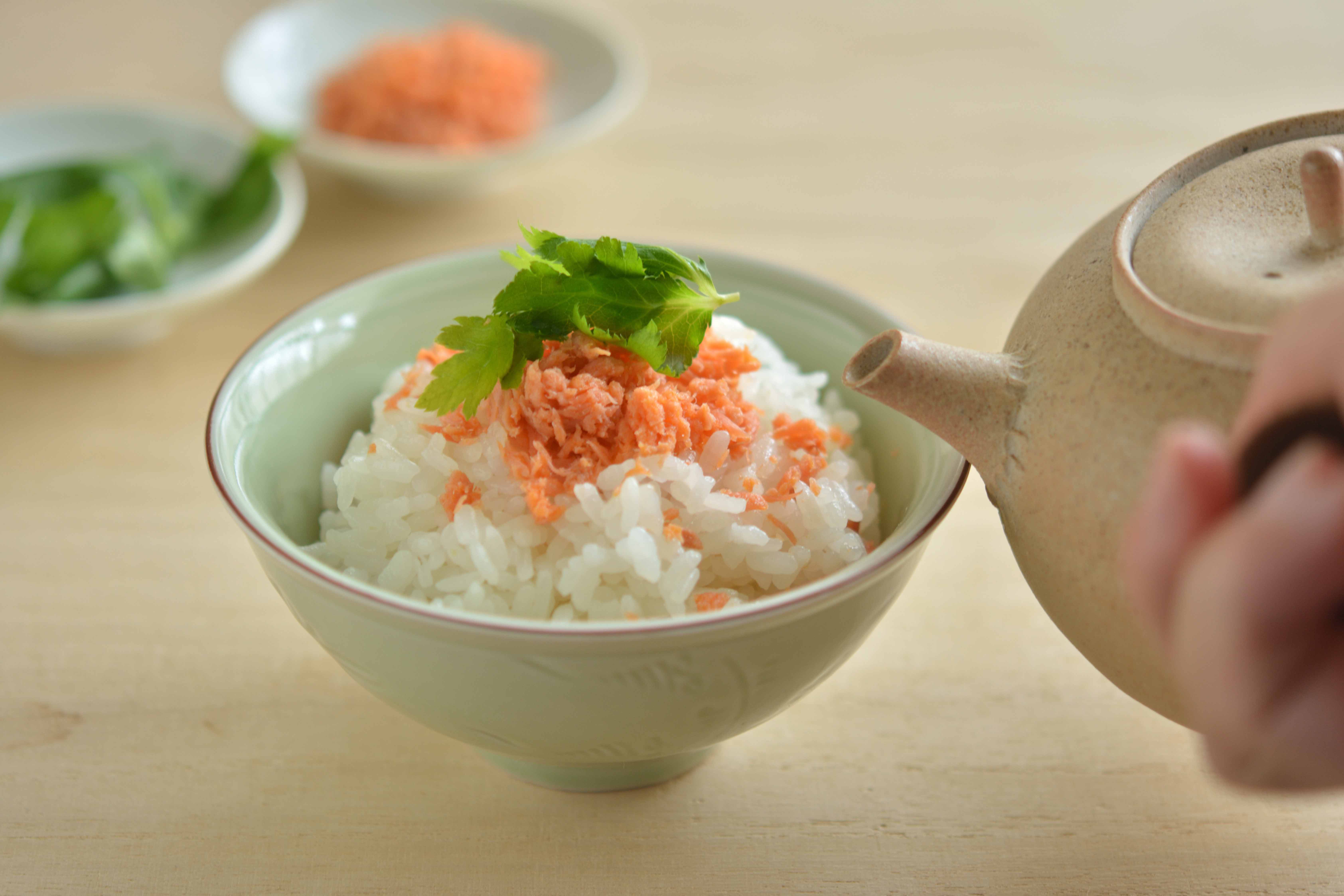 Various variations of “O-Chazuke” were produced in various regions of the country. Depending on the increase in the types of ingredients handled and the development of food distribution channels, it seems to have taken root in the food culture of the each local. There are also a number of cuisines that are now famous local dishes. “Hiyajiru”, “Tai-Chazuke”, “Echigo-Chazuke”, “Keihan” and others are very well known. Also, some dishes that were not originally eaten as “O-Chazuke”, such as “Hitsumabushi”, came to be served with “Tea” as a variation of how to eat them. Instant “O-Chazuke Powder” and “O-Chazuke (with rice)” are now widely available on the market. You will love them.