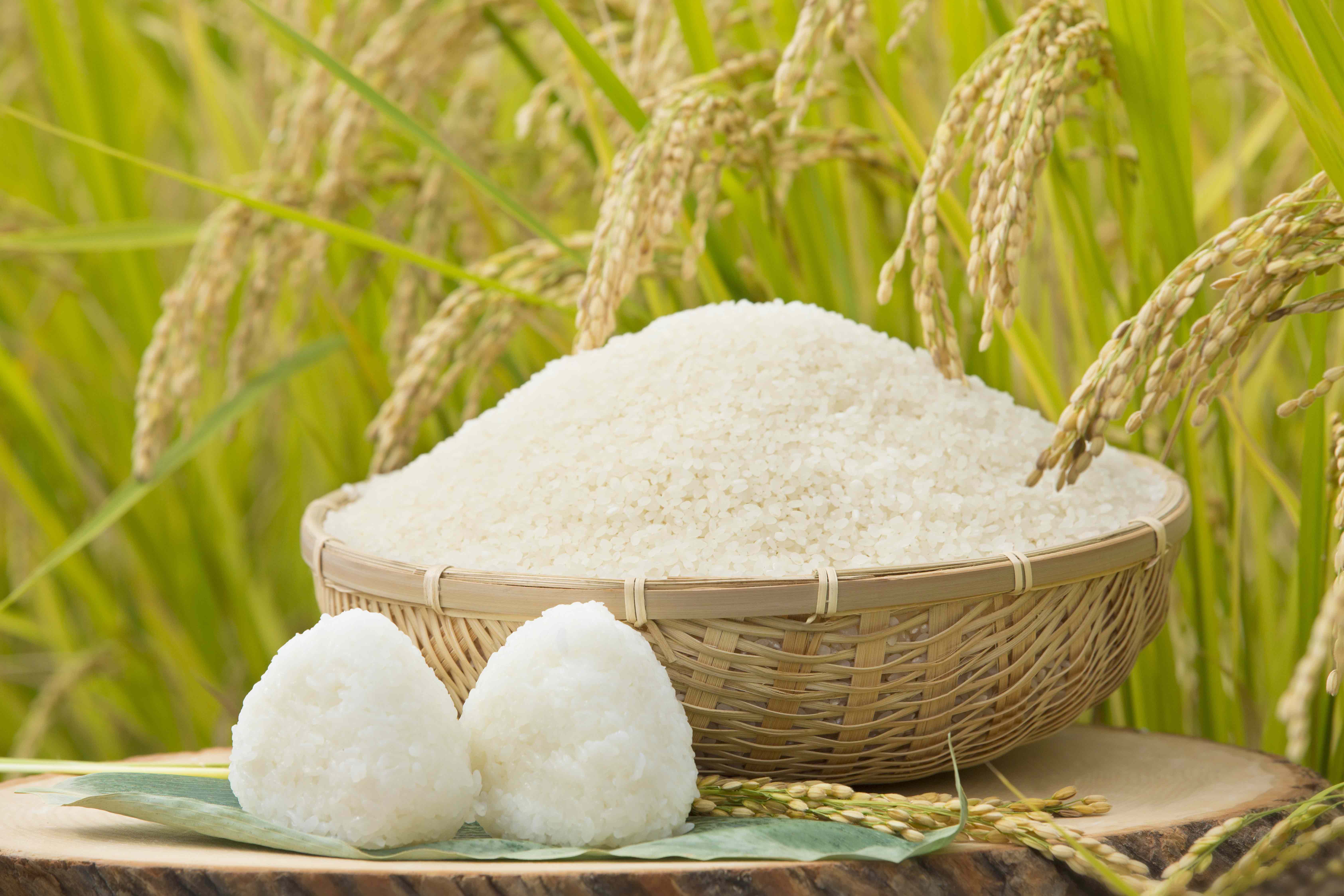 It is known well that Japan has a food culture where “Rice” is the staple food. Well, nowadays, wheat products such as breads and noodles are often eaten due to the spread of Western food culture in general. That is because the influx of various food cultures from abroad, especially after the modern era. As a matter of facts… The consumption of “Rice” in Japan is not high compared to the other countries of the world. Therefore, it might be hard to say for sure that in today’s Japan, the staple food is “rice”. However, in the typical set of “Japanese food”, it is so-called “O-Zen (set meal)”, which consists with soup and several side dishes, “Rice” is essential. Considering the facts that this country, Japan, was founded on rice farming in ancient times, we still think the staple food of Japan would be rice. 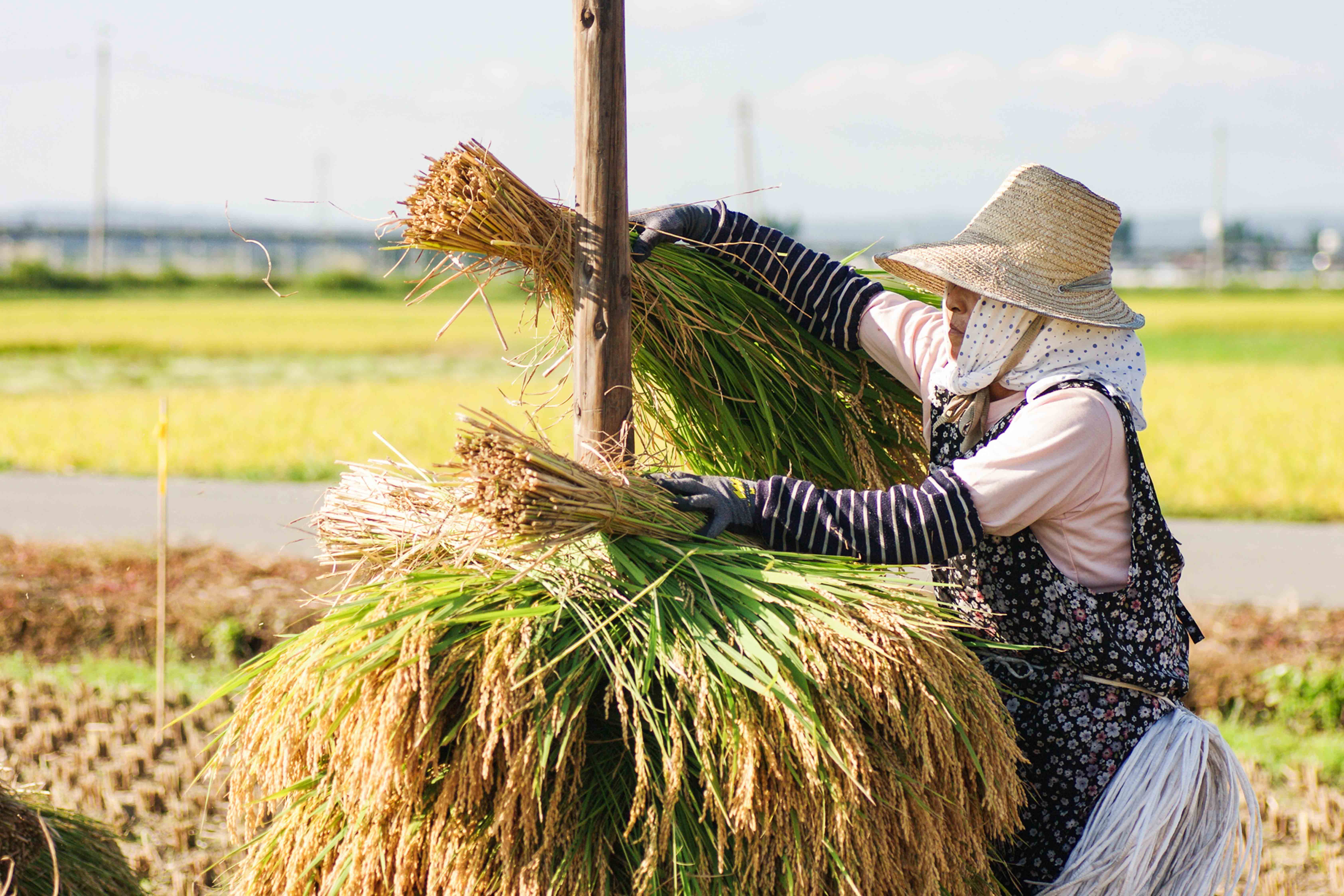 Sorry for the little long preface. The theme of this section is “Rice”. It’s no exaggeration to say that this “Rice” has made the history of Japan. The ability to produce “Rice” that could be stored for some long period of time allowed our ancestors to “settle”. When it becomes possible to “settle”, villages or towns are formed and various “cultures” are created in the regions. And with good or bad “Rice” productivity in each of those regions directly affecting the power relationships between the regions, the productivity of the “Rice” in each of those regions competes with each other. Of course, there are a lot of conflicts that go along with that, but there is also a lot of cultural exchange through trade… The accumulation of such things has made this country what it is. Many of the major cities in Japan today are based on regions suitable for the production of “Rice”, or regions where it is easy to distribute it from the rice producing areas. And the distribution channels for it are the basis of the current transportation network in this country. Though crops that are considered as a barometer of national power can vary from country to country, in each region of the world, the process of creating a country and its culture is roughly like these, right? In the case of Japan, that crop was definitely “Rice”.

In the beginning, rice farming seems to have started in areas that were originally suitable for rice production, where is warm, fertile plains with an abundance of rivers. But, of course, such areas were limited… As you all know, Japan is an island nation. Due to its topography, the climate naturally varies from region to region. Therefore, various efforts were made by our predecessors to produce varieties of “Rice” suitable for each region. Those efforts really did vary… It’s true!! As a result, each region has produced many varieties of “Rice” with different characteristics. Nowadays, you can find an amazing variety of “Rice” in the grocery section of supermarkets, etc. When you compare them all, you can see that they really are all different in flavor and texture.

Although we’ve described above in a very rough way, Japanese “rice” is really delicious. We hope you will enjoy the “Rice” that is just cooked.

You can read a lot about the dishes and recipes using “rice” in various media. However, this process of “Washing Rice” is often surprisingly not mentioned properly. What is the “Washing Rice”? The rice is generally processed by removing the skin (husk) of the rice seed and removing the seed embryos, called bran (called in Japanese, “Nuka”). This process is called “Polishing Rice”. The rice without removing the embryo is what is called “brown rice”, right? The rice distributed in the general market has undergone this “Polishing Rice” process. Well, when we cook the rice, we wash the rice with water as a pre-treatment. This process is for cleaning off the remaining pieces of rice husk, dust, etc. to some extent. We called this process “Washing Rice”. After we soak the rice in water, scrape the surface of each grain of rice together and polish them clean. After some rubbing together, change the water and rub it again… and again… and again… Repeat the process several times to clean the surface of the rice and any dirt. When the water is no longer muddy to some extent, the “Washing Rice” is done! Now we can start to cook rice. This “Washing Rice” is very important process for the delicious cooking of rice. Moreover, it requires a very delicate technique and skill. This process is commonly referred to as “Washing Rice” in English translation, but in Japanese it is represented by the word “sharpen”, the process of processing a blade to make it sharp. If you think of it as a process similar to “sharpening” a blade, it may be easier to imagine the delicacy of the process. Don’t you think these things are also important elements of food culture?

As a matter of fact, the process of “Washing Rice” has been reconsidered in many ways in recent years from the aspect of environmental protection. It is said that the “rice water” produced in this process could pollute the river as it is discharged into the river. This may cause eutrophication of the river…(･ω･｀) Indeed, this “rice water” is full of nutrients. It is rich in rice bran, and also contains starch that has been scraped off the surface of the rice. So, in the past, we used “rice water” for many purposes in our daily lives. No need to say, we’ve been using it as a fertilizer for fields and such. It was also used in various ways in cooking, such as draining lye from bamboo shoots and draining pungent flavor from daikon radishes. We also used it as a cleaning and detergent substitute. However, it is also true that in recent years, it has not been used in such applications much. Of course, “rice water” is of natural origin. It is different from the kind of chemicals contained in factory wastewater, etc. But… Does it mean that excessive emissions might still have some adverse effect on the natural environment? Perhaps, we should take care such that. (※ In today’s Japan, with its advanced sewage treatment technology, wastewater from households does not flow directly into rivers, except in some areas.) So, it has not been determined to be the cause of environmental destruction, but we need to take action before it has a significant negative impact. In recent years, the “Rinse-Free Rice” (also known as “Pre-Washed Rice”), which does not need to be “Washing Rice”, has become widely available on the market. As a matter of fact, it is said that some of today’s technology for “Polishing Rice” has improved so much that does not need to be washed (or sharpened). Technology and culture evolve in various directions along with the flow of each era, we have learned that.

However, this remains an essential process for cooking rice well. This is a good opportunity. Please keep that in mind!!