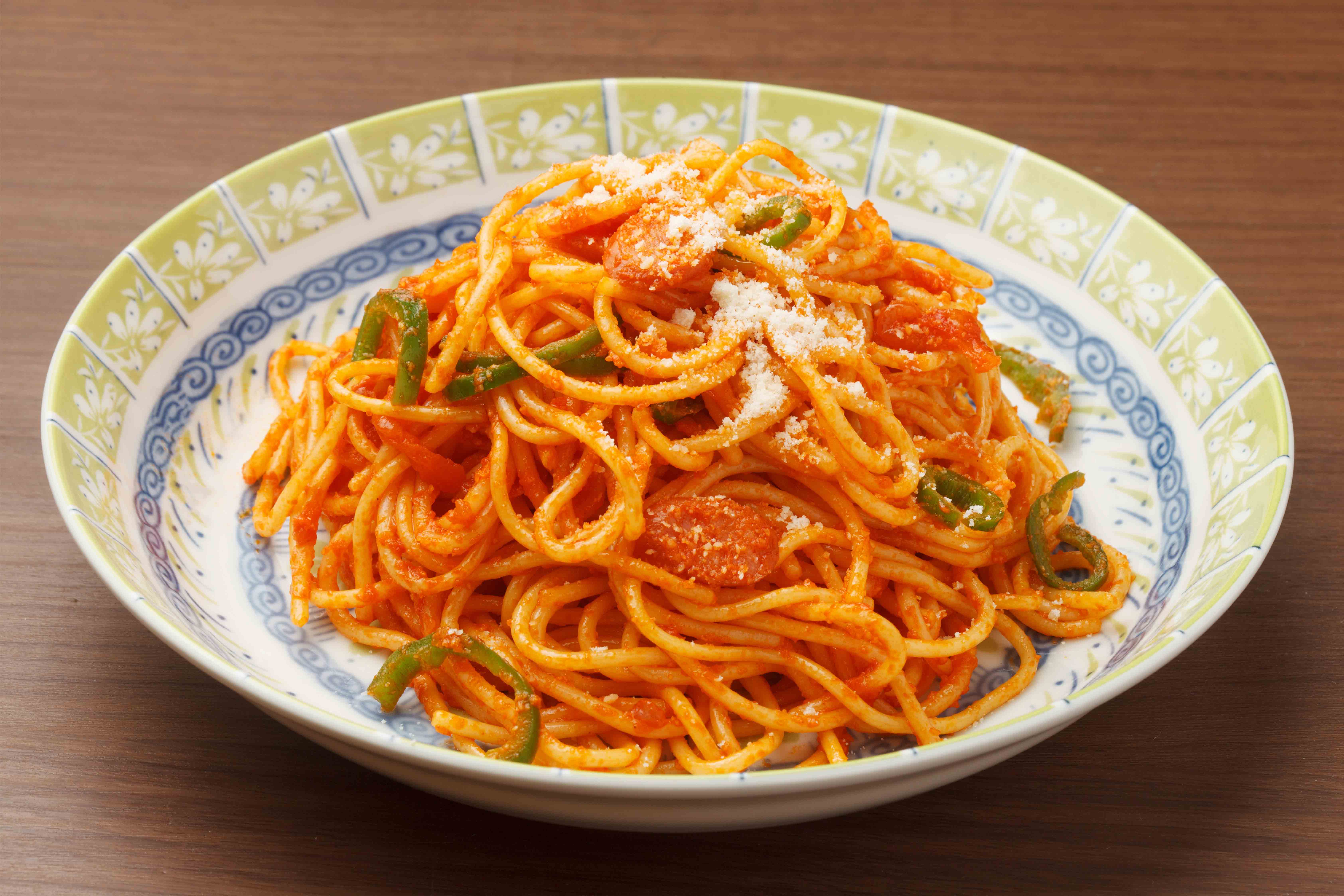 Do you like pasta or spaghetti? For those of you who said you liked it, we will ask you further, alright? We’d like to hear from those of you who like spaghetti in particular, so please give us your answers. So, do you like “Spaghetti Neapolitan”? Probably the majority of you non-Japanese will be “…?”, we guess that’s what you think! Thank you for your cooperation. Well well, The “Spaghetti Neapolitan” is one of the familiar spaghetti dishes in Japan. Commonly, referred to as simply “Neapolitan”. Though the ingredients used vary slightly among restaurants, a popular “Neapolitan” is made by frying sausage, onions and peppers with pasta and tomato puree. (Often times, it may be served on top of a baked egg mixture in a baked iron dish.) Of course, they don’t have such a spaghetti menu in Naples, Italy… 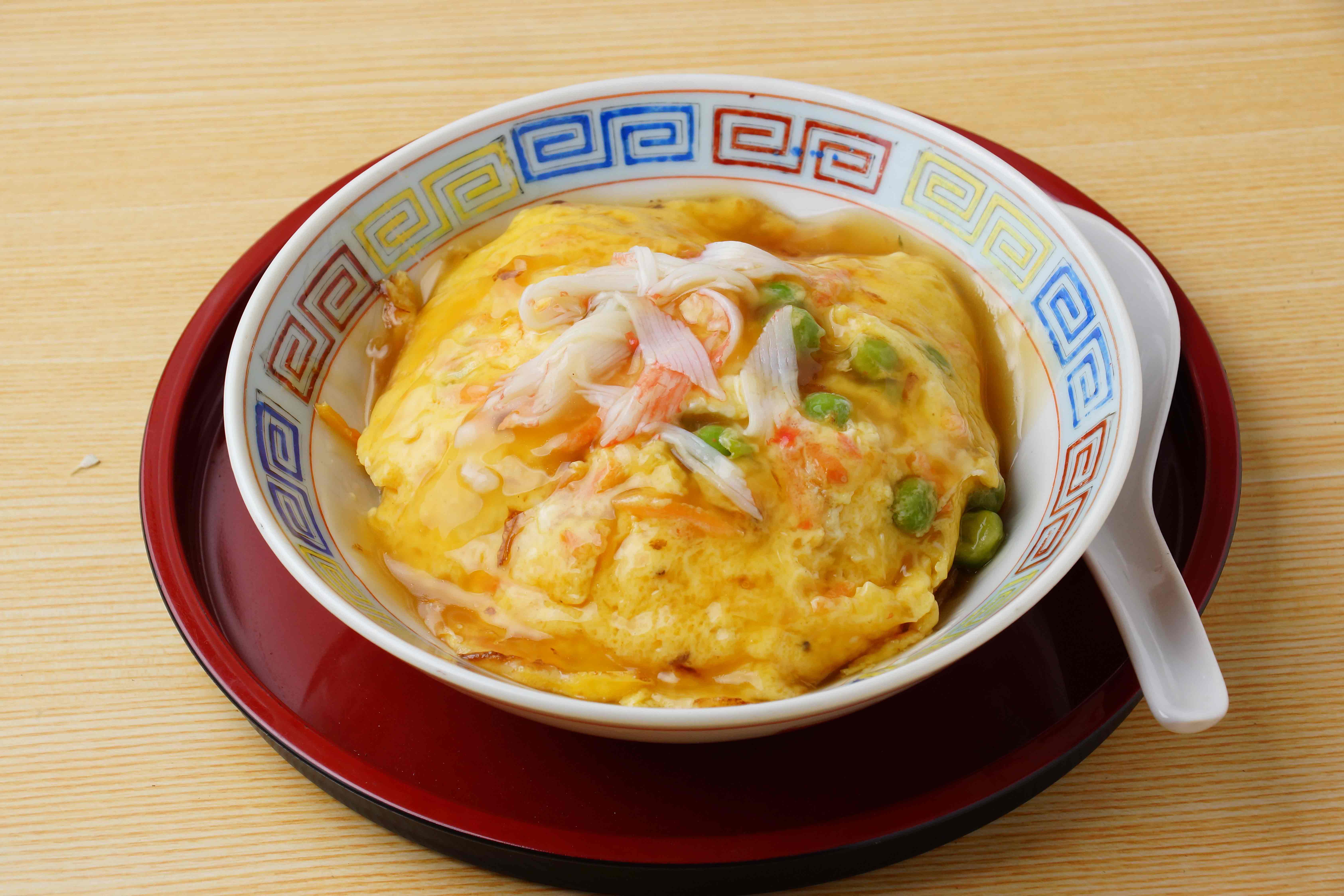 Now, what we would like to introduce to you is “Strangely Named Dishes” in Japan. If we were to explain it a little more accurately, it would be something like this～ “Perhaps they were originally abroad dishes, but we’re not sure how they got that names as a result of the dishes…” For example, some of the famous menus are like the follows,

Turkish Rice Set:
A dish of pork cutlets (sometimes with fried beef or fish), pilaf, and spaghetti on one plate. One of special dishes of Nagasaki? Also known as “Children’s lunch for Adults”.

Italian:
Sauce yakisoba with meat sauce. It is one of specialties of Niigata? Also available in white sauce version, curry sauce version, and other variations. (※”Yakisoba” is one of the Japanese noodle dishes. A dish made by stir-frying wheat noodles (not spaghetti) with meat or vegetables and adding sauce, salt and pepper.)

Tenshin Rice:
A dish of a Chinese-style omelette containing crab meat (or any fried egg with fillings) served over rice with sweet and sour vinegar sauce. It is one of the most typical Chinese-style Japanese dishes and can be found all over the country.

Shanghai Yakisoba:
It is a soy sauce (or often oyster sauce) flavored yakisoba with seafood ingredients.

Siberia (Siberian Sandwich):
A sweet made of yokan (or red bean paste) sandwiched between sponge cakes. It wasu invented in Japan in the early 20th century. Recently, it became a hot topic in a famous Japanimation film.

You can see that many dishes are named after countries or regions. Japan has always been quite tolerant of different cultures brought in from abroad, not only in the field of “food”, as we have mentioned many times in other sections. Well, is it because of its loose and forgiving style? Or have we been over dreamy due to that style…? We can’t say for sure about that… We have completed a number of dishes that do not exist by nature and that should almost certainly be categorized as the abroad cuisines. Probably, many of the Japanese also think “…?” like you. However, it is true that each of these “Strangely Named Dishes” has a amazingly captivating something. Just like “my idea of a strongest ○○”… It’s hard to explain, sorry. But you can see that is true, the proof is that they’re surprisingly very popular in Japan! We don’t all agree on the names of those dishes, but even if they had other names, we surely wouldn’t be convinced… We may have become synchronized with the delusion of the person who named the dishes.

On the other hand, there are quite a few dishes that are introduced / served as Japanese cuisine abroad that are questionable from a Japanese perspective. When we compare those dishes with the Japanese cuisine of the same name, “How did this dish come to be…?” or “No, no, there’s nothing like this in Japanese dishes, though?”, there are quite a lot of things that we think like that. Often times it’s a completely different creative cuisine altogether. It is not unusual to find such dishes to be served, even in large or famous chain restaurants. If we order them expecting the same dishes that we usually eat in Japan, we’ll be quite surprised. We think such things all also very interesting ways to deepen our understanding of different cultures. However, from another side, these things can be something misleading to each other, can’t they? In fact, we often receive inquiries from people in other countries / regions about the above mentioned menu. “With what intentions did you name such a dish?” “There is no such cuisine in that country!” etc… We don’t know what the first person who gave them their names intended to do. But, after all, we can imagine that they would have harbored a yearning for the exoticism of each dish’s name. We are sure they had no ill intent. Of course, Japanese people who are familiar with these “Strangely Named Dishes” do not use these names of the dish with malicious intent. We guess that we can’t help but feel a strange attraction to its exotic name. Perhaps the Japanese have always been prone to a fascination with foreign languages. Nowadays, we are surrounded by foreign words that are used in different connotations than their original meaning. We hope you will understand that!