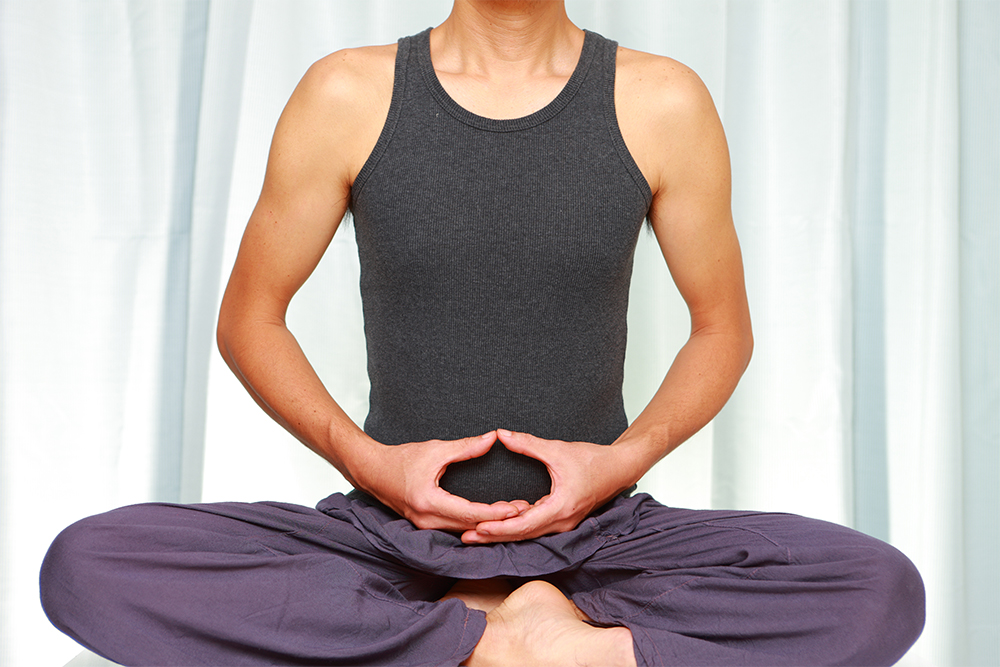 When sitting anywhere other than on a chair or sofa, “Agura” is a rather common way of sitting even in foreign countries. In Islamic countries, it is considered rude to show the soles of one’s feet to the other person, so “agura” is considered a customary or formal way to sit. As a matter of fact, the same was true in Japan. Nowadays, “seiza” is considered as a way of properly sitting, but in fact, “agura”, cross legged seating was also a formal way of sitting. It seems that at least the princesses, like the ones drawn on the one-hundred card game mentioned earlier, also used to sit in this position. And even in a formal place like a court. In Zen training, “agura” is the meditative way of sitting. However, the sitting way of “agura” was probably not suitable for kimonos. After all, it might expose certain body parts you not wish to show. After the medieval period, when the samurai culture spread, the sitting way of “agura” as a male way of sitting became widespread, while the formal way for women to sit changed to “seiza”. It was not until the Edo period that the custom of sitting in “seiza” became common for both men and women in formal occasions. Therefore, “agura” may be said that it is a more traditional way of sitting rather than “seiza”.

Overseas people are not the only ones who prefer this way of sitting to avoid numbness in the legs. To tell the truth, Japanese people are also not very good at “seiza” themselves.

・About the Japanese idiom “Agura wo kaku (sitting cross-legged)
In Japan, there is an expression “Agura wo kaku (sitting cross-legged)”. It refers to the attitude of being complacent and careless in one’s position or state of being. It means the attitude of being very lazy, slacking on their efforts, and being brazen. It’s quite a terrible meaning… It used to be considered a formal way of sitting, but nowadays, “agura” is perceived as a very easy and comfortable way of sitting compared to “seiza”.