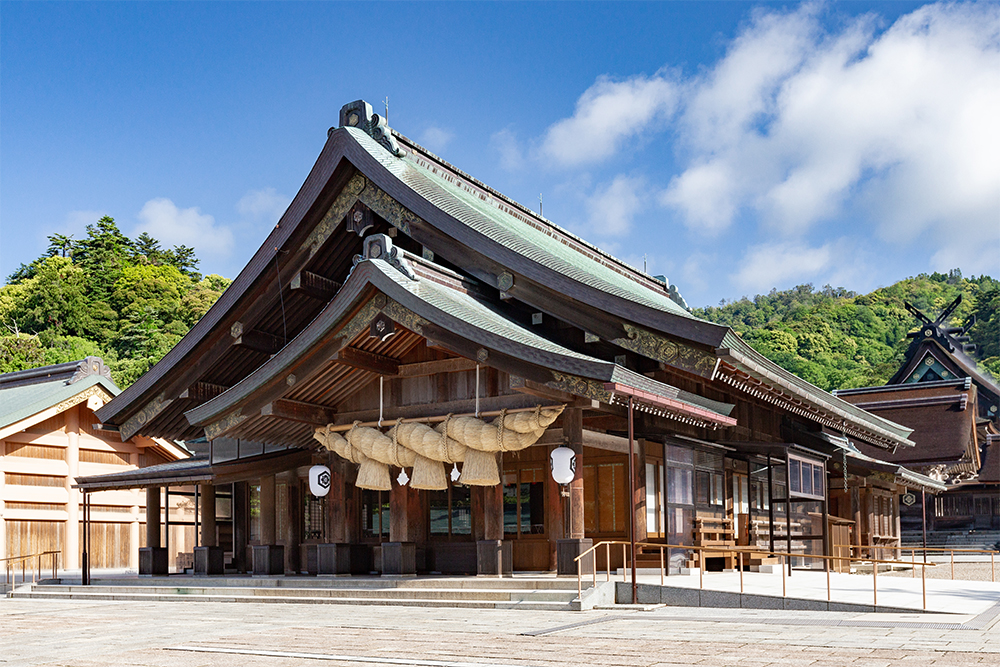 Some shrines are not named “○○ Jinjya”, but are named “△△ Taisha”, “□□ Jingu”, or “×× Miya”. You can see named “●● Sha” too. Why do they have different designations like this? As a matter of fact, many of us Japanese don’t even know the reason why. Therefore, let us explain a little about the differences in the names of these shrines.

“○○ Jinjya(or shrine)”, “△△ Taisha”, “□□ Jingu”, and “×× Miya”… These are called “Shago”, and they represented the ranking of shrines. After the Meiji Restoration, the country’s shrines were rated according to the modern shrine rating system, which was established under the “Ritsuryo system (a system of centralized government based on the ancient laws, it was called Ritsuryo-code)”. After World War II, this rating system was abolished in accordance with the principle of separation of religion and politics. But, the name of each shrine given based on this system is still used today to describe the status or history or “shrine’s old rank” of each shrine. Of course, these “shago” of the shrines never mean that the shrine is “high rank” or “has a long history or tradition”. The gods enshrined in a shrine are called “Saijin”. Some of these “Saijin” are ancient deities that appeared in Japanese mythology, while others have been enshrined as “Saijin” for various reasons in later periods. And then, according to what kind of “Saijin” is enshrined, or according to how that “Saijin” came to be enshrined, the rating of the shrine was determined, right? In other words, we can say that the “shago” of the shrine represents the importance of the “Saijin” in Japanese mythology and the history of this country, Japan. Or perhaps we could say that it represents the extent to which the “Saijin” was involved with the history of Japan. So, by looking at the “shago”, we can infer the historical position of the shrine to some extent.

・～神社 (Jinjya / Sha (shrine))
This is the most common “shago”. The word “shrine(Jinja)” refers to any facility where Japanese deities are enshrined, and is also the “shago” for a common shrine.

・～大社 (Oyashiro / Taisha)
It refers to the shrine that serves to unite shrines which enshrine the same “Saijin” (or the same families’ “Saijin”) across the country. In the ancient Heian period (end of the 8th century ～ end of the 12th century), shrines that were called “Kanpei-Taisha” or “Kokuhei-Taisha” in the shrine rating system were renamed “～Taisha” after World War II. Until the end of World War II, only “Izumo-Oyashiro” in Shimane was allowed to use the shago “大社”.
※Only “Izumo-Oyashiro” is read as “Oyashiro,” while the other shrines which have the shago “大社” is read as “Taisha”.

There is not necessarily a single god enshrined in each “shrine”. There are many shrines where more than one god is enshrined. When you visit shrines, please make sure you know what kind of gods are enshrined there. We guess the origin of the shrines can be quite interesting, right?