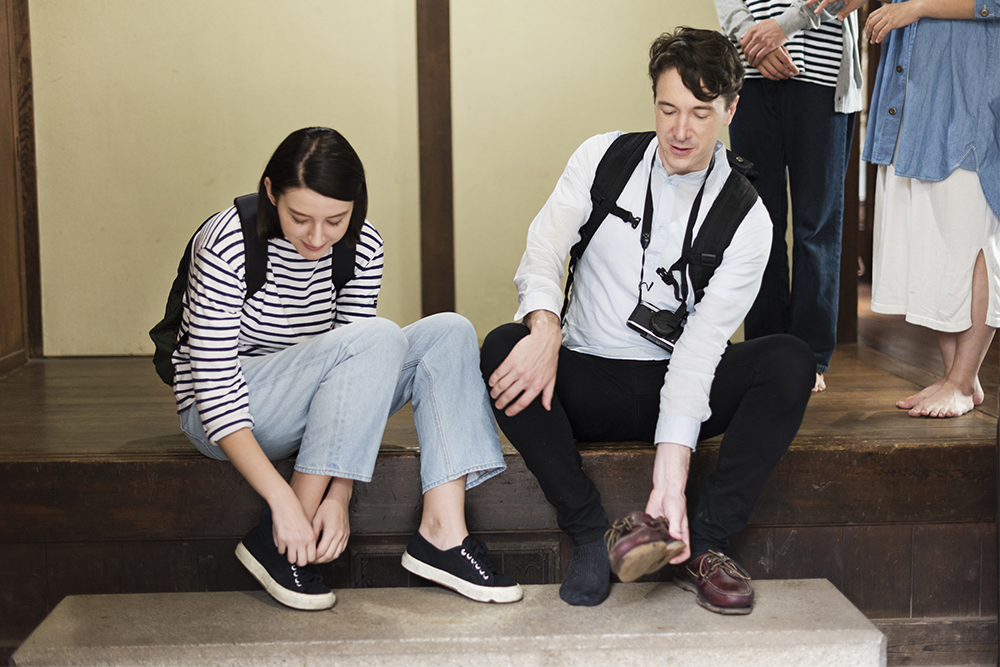 This sign “No outdoor shoes” is a clear separation of the inside and outside of the building. The act of “taking off footwear” may mean the owner of the building, or you who obeys those rules, will respect the law of the building. In other words, it shows that the other party is not hostile, respectful, or trustworthy. Of course, there may be a reason for hygiene due to the lifestyle of floor life. They want to keep a distance from the ground and indoors, both emotionally and physically.

Currently, desks, chairs, beds, etc. are increasingly used in daily life, but most Japanese homes still prohibit outside shoes. Slippers and other indoor wear are used, but they are clearly distinguished from the outside. By the way… They say “step on the ground” to not inconvenience others.

Please be careful when stepping into Japanese-style spaces such as shrines and temples, inns, and restaurants. After this note, let’s discuss how to properly remove footwear.

We use an idiom “Geta wo azukeru (leave my geta-shoes)”, which means “to entrust someone with all the responsibility for the way something is handled”. In other words, “to leave everything to (someone)”. “Geta” is a kind of Japanese footwear the same as “zori” or “waraji”. They are the wooden ones worn by Kabuki characters. Today, it is rarely worn. Traditionally in Japan, whenever people went inside someone’s house, they had to take off their footwear and leave it with the householder. In other words, even if they wanted to leave, they would not be free to do so unless the householder returned their footwear. Leave your footwear with someone = You’re not free to go out on your own will… It came to be used as an idiom to mean such a situation. Nowadays, it is usually used to mean “to trust the other party and leave all the responsibility for the way things are handled”. This idiom is an expression unique to Japan, where it is customary to remove footwear indoors, isn’t it?