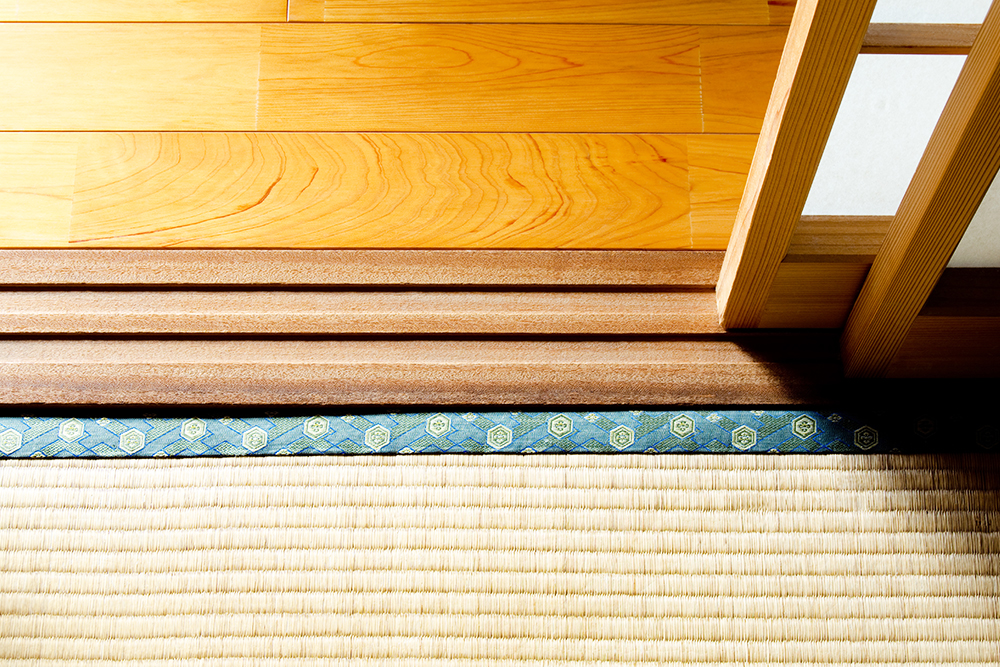 “Do not step on the threshold” when entering a Japanese-style room. This is one of the basic manners. The sill is the part that partitions the room with shoji, paper doors. If you step on it, it will be distorted or damaged, and the building will be damaged. To note, Japanese houses were made of wood. This is a practical aspect. In conceptual terms, entering a room beyond the threshold means accepting the room (house) as owner of the house, and accepting that the room is the owner’s space. Something along those lines. Therefore, the act of stepping on the threshold is an act of denying or refusing them, greatly disrespecting the owner. There are various theories, but the above is an example.

What we mentioned was once taught by the elderly in everyday life. It is really interesting because the interpretation etc. differ depends on the region of Japan you’re in. In fact, there are many things that Japanese people don’t know nowadays. There are many cases where various information is unexpectedly exchanged, and the original meaning is buried. Through this site, we would like to take a chance to introduce Japanese culture to overseas people and re-understand our own culture.

We would like to tell you a topic about a Japanese idiom using the word “threshold”. We use an idiom “Shiki ga Takai (high threshold)”. It means “It’s hard to visit lightly for some reason”. (Another idiom with similar meanings “”Hurdles are high”) For example, “The restaurant is “High threshold” for me to visit, for too upscale”… It means that they are hesitant to go in because of the “high threshold”. In Japan, the above meaning is generally used more and more often. Actually, this is a misuse. Originally, it was an idiom meaning, “It is difficult to go to the person’s house because of something unjust or embarrassing”. Both the misused and commonly spread meaning and the original meaning are very well expressed, don’t you think? A good analogy is easy to understand and interesting. It is probably because the image of the phrases exactly matches the meaning of the word for many people. Idiomatic phrases are very interesting because some of them are felt to be expressions that are unique to that language area. The idiom “high threshold” is just one such expression in Japanese.

As a matter of fact, there are quite a few Japanese idioms that have become more entrenched in the meaning of misuse. It may be strange to say that the idioms’ usage are misuses even though their meanings have become so well… Language changes with the times, doesn’t it? The meanings and usage of the words or idioms are also changing rapidly. It would be the same for any language in any country / region in the world. It may be that in that era, the misused meaning of the words or idioms became more consistent with the image of them compared to their original meanings. Of course, we should know exactly what they originally meant, right? We would then like to be able to use the words or idioms with the meanings of the time. It would make learning languages more enjoyable.