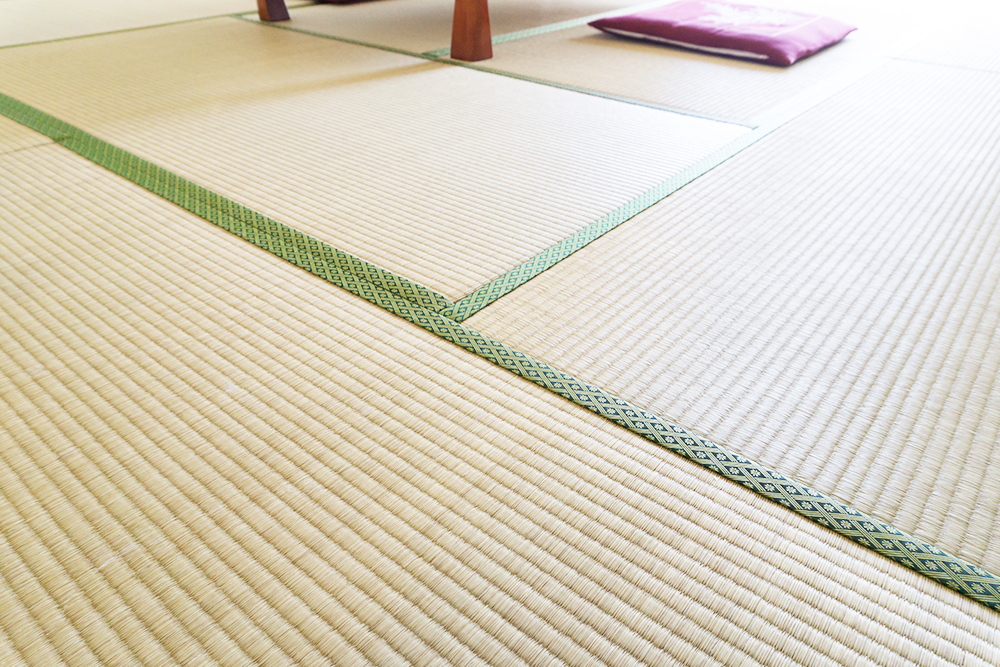 “Tatami” is a traditional Japanese flooring that is popular with overseas visitors. It is said to be a very good flooring based on the characteristics of the Japanese climate, which is hot and humid in summer and cold and dry in winter. As for the structure, it is a sheet-shaped core (tatami floor) wrapped in a rug (tatami mat) made of braided rush. Because it has both good hardness and elasticity, it was very suitable for the Japanese lifestyle that was centered on the floor.

There are a lot of size standards that you didn’t know until you had the opportunity to actually build a house. The current general standards are mainly divided into four types between Kyoto, Chukyo, Edo, and the housing complex, but they are also further divided by region. Despite being a mainstream and traditional flooring material, the question begs, why aren’t tatamis becoming unified standards now?
There are very many detailed theories about this point, so we will omit it, but it is quite interesting. Please check it out if you are interested. It is important to pay attention to the size when you see tatami mats at shrines, temples, restaurants and accommodations. Because it looks the same at first glance, but it is slightly different. At the same time, it would be interesting to pay attention to how to lay tatami mats. There are two broad categories: celebratory and non-celebratory. The former is a way of laying it out so that the four corners of a tatami are not gathered in one place. In Japan, there are various ways to avoid the number “four” because the sound is the same as “death”. This concept is scattered in various places of Japanese culture, so we will touch on it in other articles as well. The latter is a method used for funerals. By changing the way of laying, the situation of the room (house) is expressed. In shrines and halls, the same way of laying as the latter is used from the standpoint of visual beauty and a rational point of view, but the meanings are actually different.

One of the common manners in the “Japanese-style room” is “Do not step on the edge of the tatami mat”. The same can be said about the “threshold (sill)”, but it is basically a characteristic of Japanese culture. On the other hand, in terms of practical use, it makes things last longer. At the same time, it is thought that it will ensure safety, such as avoiding tripping. Another common manner to remember when entering a tatami mat room is to avoid going in barefoot. As a rule, indoor shoes should also be removed before entering the room. There is no doubt that one of the reasons is that they stain or damage tatami mats. But that is not the only reason to avoid going up to a tatami room barefoot, by any means. Tatami mats are laid out to prevent guests from sitting directly on the floor of the room. This means the care and hospitality of the householders to their guests. It is also a Japanese manner and custom not to disrespect such the cares and hospitalities. Well, unfortunately, Japanese people tend to forget them these days…

What do you think? Isn’t it interesting to dig a little deeper?