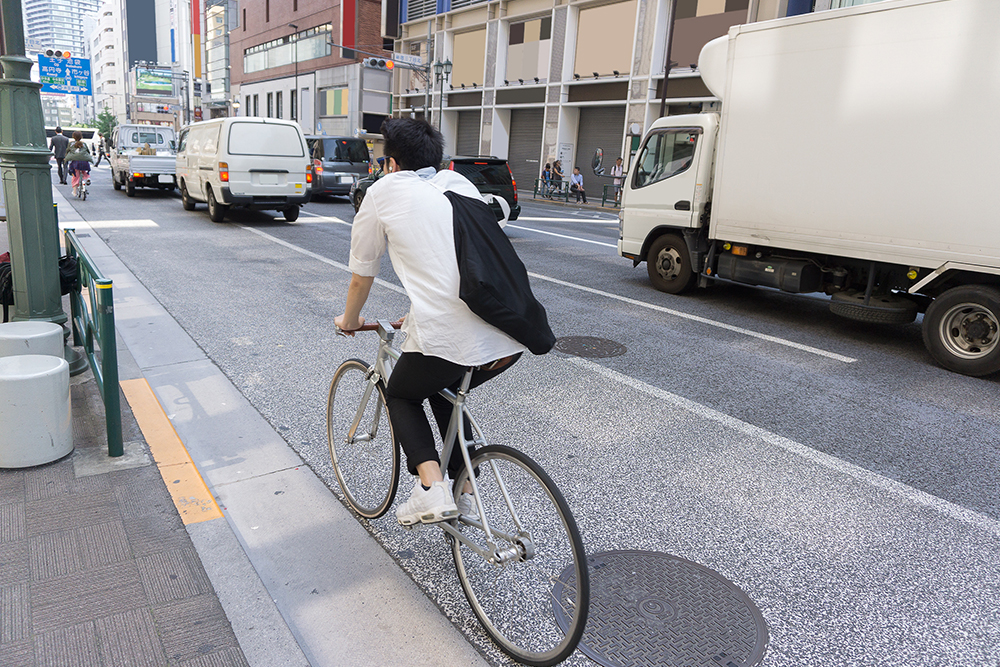 Keep to the left

In Japan, there is a principle that cars go on the left and pedestrians go on the right. This is actually defined by the law. However, there are various additional items to this… Although the details are omitted, this principle is applicable in the situation when there is face-to-face traffic between cars and pedestrians. It is not a rule for pedestrian-to-pedestrian traffic.
Oh, cars are strictly “left-handed”. This is a major principle.

As a matter of fact, most pedestrians travel on the left side, whether indoors or outdoors. So there should be no problem if you can “pass left” according to the flow of passing others… Sometimes there is a place that deviates from the principle. An especially famous example is “Naiku (the inner shrine)” of Ise Shrine. Even some “ryokans” and restaurants have been designated as “right-handed.” In such places, please note that usually this is stated.

By the way, the hanging of a samurai’s sword is often cited as one of the reasons why “left-handed traffic” became common in Japan.

For instance, if you were to hang my sword on my right side and were to pass someone with a sword on their left, our swords would clash when you passed each other. If “excuse me” or “I’m sorry” were sufficient in resolving this minor conflict, that would be fine, but in the case of an interaction between samurais, that wasn’t always the case… If you go outdoors, you can put distance between yourself and a passerby, but indoors, the risk of the sheaths colliding naturally increases. It was already difficult when samurais passed other samurais, but imagine the confusion when a civilian and a samurai crossed paths! The samurai is already thinking, “My, what a rude person!” There probably weren’t very many instances of swords being quickly wielded, but it was surely a problem. So the solution was “left-handed” sword hanging. It sounds almost like a fairytale, doesn’t it?