A “toast” is a customary way to start an event, such as a dinner or a drinking party. You can find similar cultures all over the world, so it’s not that unusual a custom. The “toast” culture in Japan is said to have originated from religious rituals and ceremonies, just like most of those in other countries. In Japan, “sake” has been one of the most important sacrificial offerings to the gods since ancient times. Therefore, drinking “sake” is a very sacred act, and the manner of drinking must have been created with the meaning of gratitude and prayer to gods. As one of the remaining remnants of the “toast” manners that express gratitude or worship to the gods, the “San-San-Ku-Do” in Shinto wedding ceremonies is well known. Later on, regardless of the meaning of gratitude or worship to the gods, the act of drinking “sake” with other people had become a common custom. Consequently, regardless of whether it was a celebration or condolence, the “toast” became a common custom when drinking. By the way, a little aside… OK? In Japanese, the act of drinking “sake” together is sometimes referred to as “sharing a sakazuki (sake cup)”. In Japan, people used to exchange their sakazuki with each other when drinking alcohol together. Depending on the case, this act had a very important meaning and was considered to be a kind of “making a covenant (of family, brother, or friend)”. The act of drinking together has always had a special meaning, just as it does today. 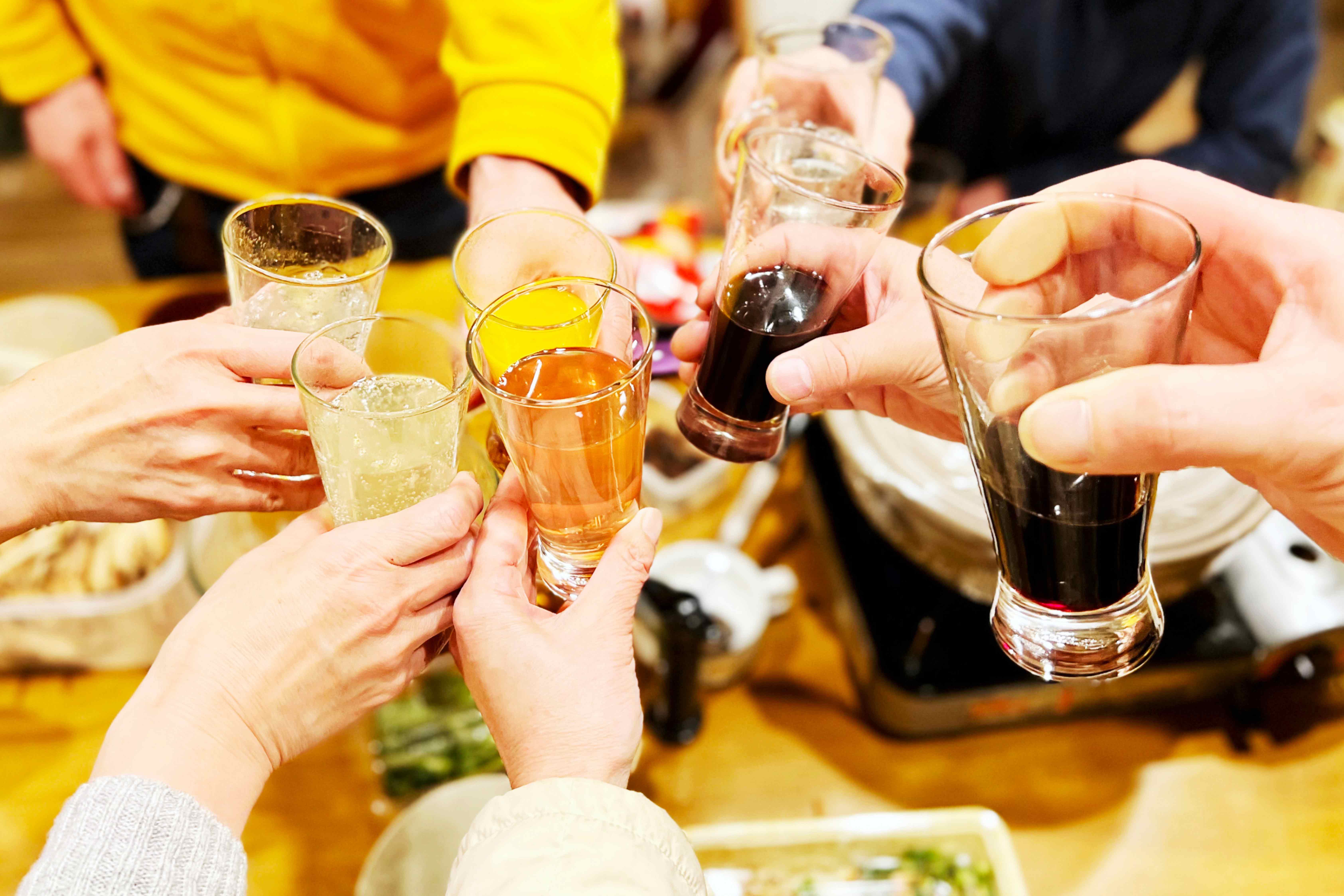 We can say that the today’s “toast” custom in Japan has been influenced mainly by Western culture since the modern era. Raising a sake cup to the shouts of “To celebrate ～” or “To wish for ～” had been done before, but it was not until modern times that the customary phrase “Kanpai（乾杯）～” became commonplace. The meaning of “乾杯” is some kinds of “Let’s drink up the cup and celebrate or wish each other happiness”. This is of course a word that came from China. In addition, we would like to share with you a little about the etiquette of “toasting” in Japan. For example, about whether you should let your cups touch each other. Well, most of the time, it depends on the situation when you toast using a glass. On the other hand, when toasting with “sakazuki” or “o-choko”, there is not much touching each other. It’s common etiquette to hold them up a little. Also, you don’t necessarily have to drink it all in one gulp, right? Even if you only pretend to put your mouth on it, there is no problem.

There are various calls for “toast” in different countries and regions, aren’t there? It is very interesting to take note of the different senses of the words used in these calls. When you are in a country, you want to enjoy your drink with the local call for “toast”, don’t you? When you are enjoying a drink in Japan, try saying “Kanpai”.