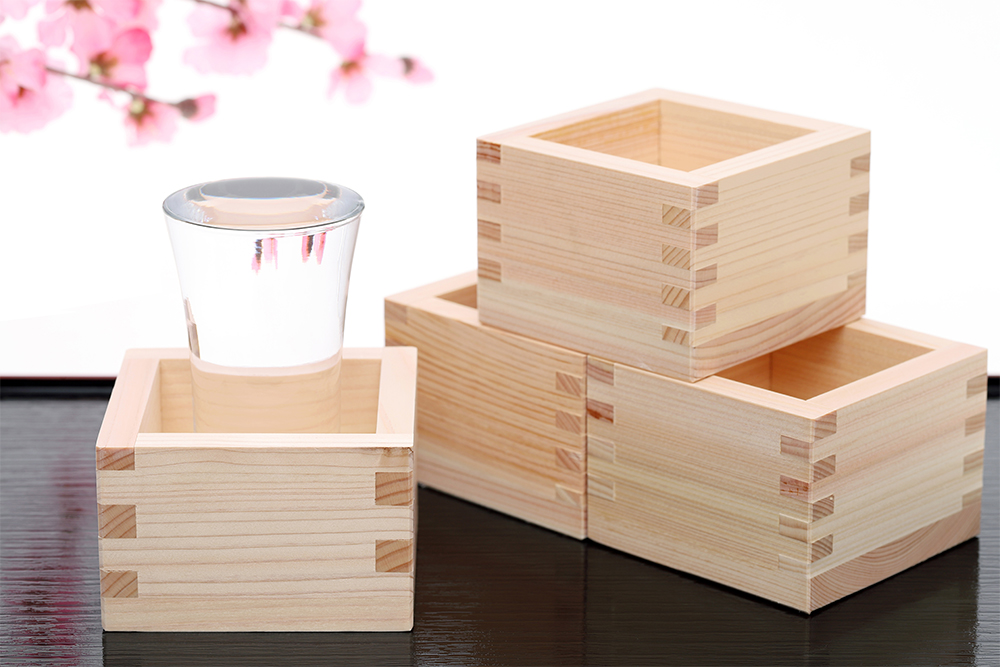 Sometimes, food is served in bowls and dishes never seen before.
We think there are a lot of people who say that this is one of the pleasures of eating and drinking in foreign countries. It’s not uncommon to see foodies and restaurants commit to their selling of their culturally unique, right? The same goes for drinks.

By the way, please enjoy sake in Japan. Especially when you drink sake unique to this country, such as sake or shochu, you may see it served sometimes in a kind of bowl that you are not familiar with. Here, we will introduce some of them as Sake Goods. It would be quite a nice souvenir to buy! 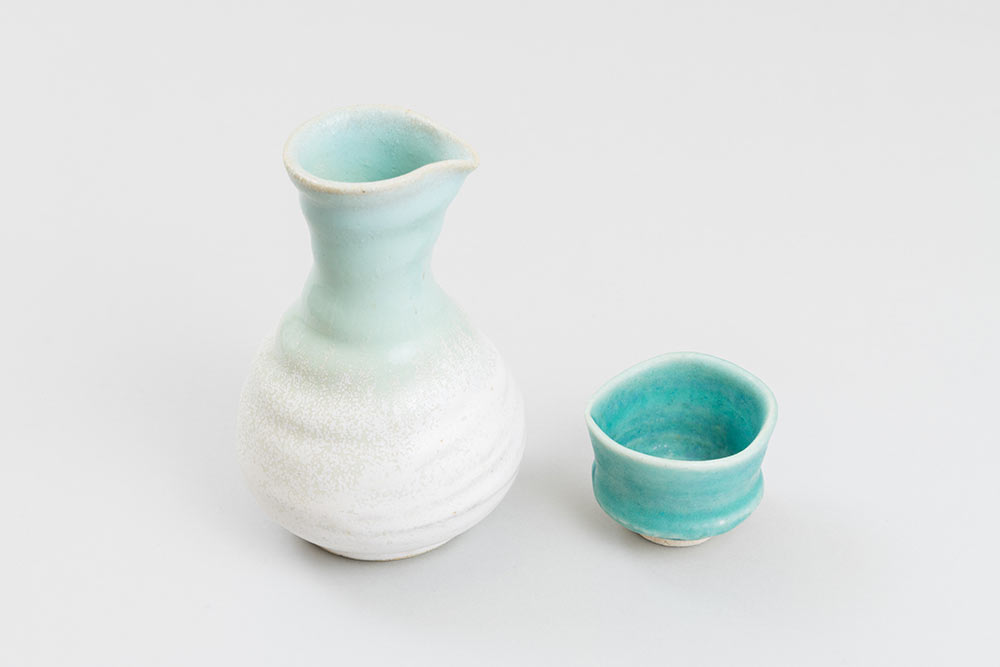 These are containers used to drink sake and shochu. The materials are various, such as baked porcelain, glasses, metals, etc., and either cold sake or hot sake can be poured.

By the way, it is not necessarily equal to this meaning, but “Ochoko” is sometimes called “Gui (gulping)-nomi” or “Sakazuki”.
What is the difference? If you dare to say, “Ochoko” would have a more subtle feeling than “Gui (gulping)-nomi”. The stuffy shape is often referred to as “Gui-nomi”. “Sakazuki” is a vessel with a rather shallow shape.
“Gui nomi” ≒ ” Ochoko” ≒ “Sakazuki”
(※ but “Gui nomi” ≠ “Sakazuki” …) 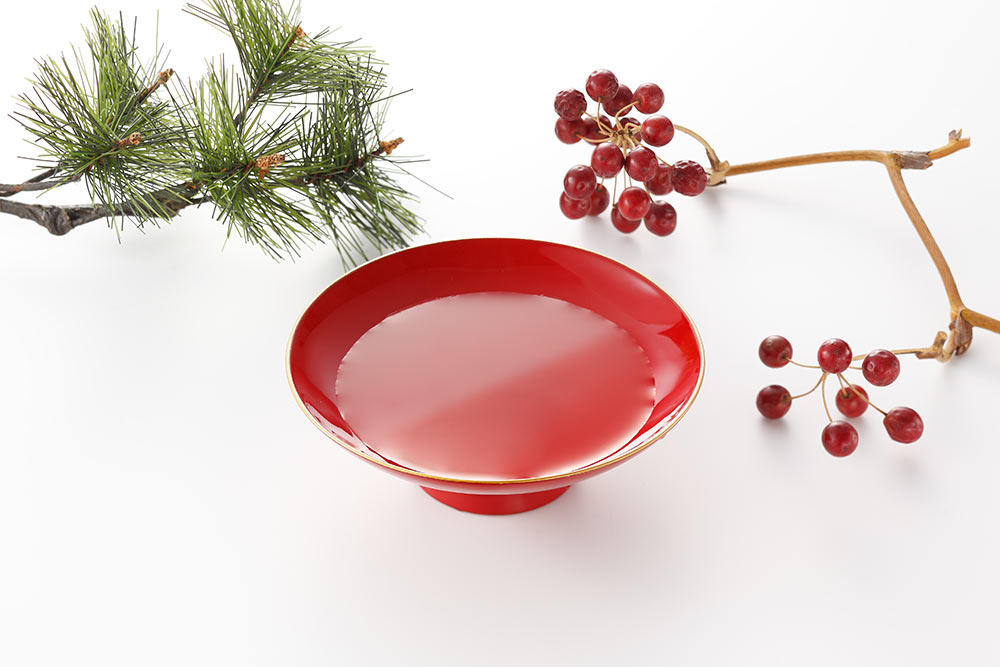 This is also a vessel used mainly for drinking sake. There are many kinds of materials such as pottery, glass, metals, etc., but “Sakazuki” is also full of lacquerware. It has a wide-mouthed, shallow-shaped bowl.

It is often used in celebration rituals, such as when you drink sake on New Year’s Day, weddings, or just celebrations in general. The phrase “the bond of parents and children (brothers)” and “the bond of contract” is used is associated with this bowl, and it has been very related to ceremonies since ancient times. The difference between “Ochoko” and “Gui-nomi” may be the difference in the situation when it’s used. It seems that “Sakazuki” is a little more formal than “Ochoko” or “Gui-nomi.” 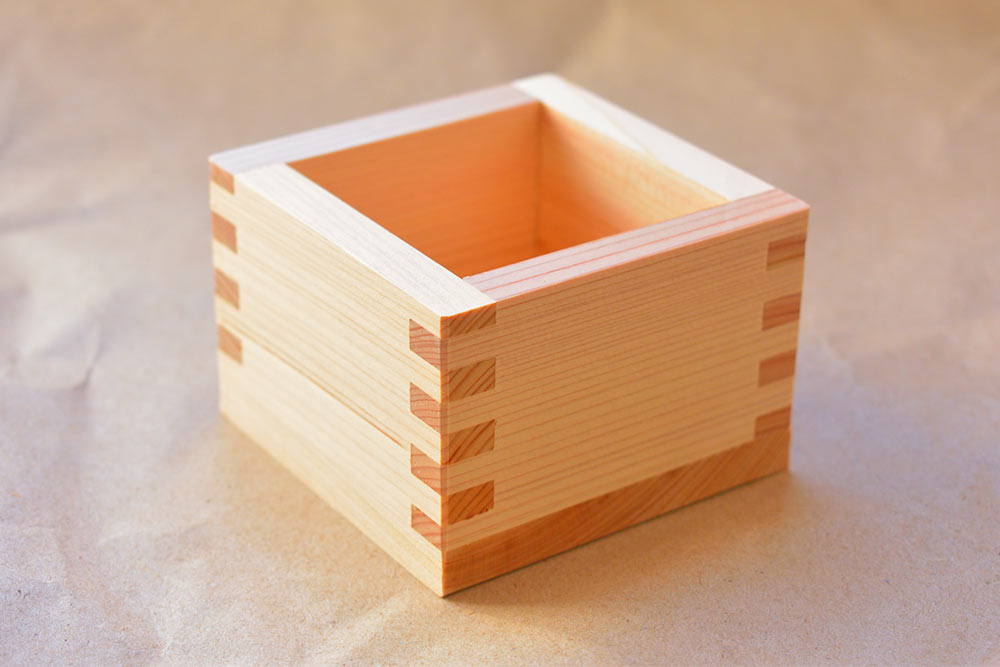 As a method of measuring the volume of drinks, there is a method unique to Japan called the “Shakkan (or Shaku-Kan) method”. It is old Japnanese method of weights and measures. The unit is called “Go / Syo / To”, but to measure a special container is used. “Masu” taken up this time is a container used to drink alcohol in the same way as the container. It is also called “sake-masu”.

This is also a kind of bowls used mainly for drinking sake. The material is usually wooden, and there are also lacquerware and so on.

When ordering sake at a restaurant, some brands may be offered with a small glass within “masu”. The glass is usually filled with alcohol and overflows. It’s a form of service, indicating the server properly poured a whole glass of sake. Of course, it may be used only with “masu”. 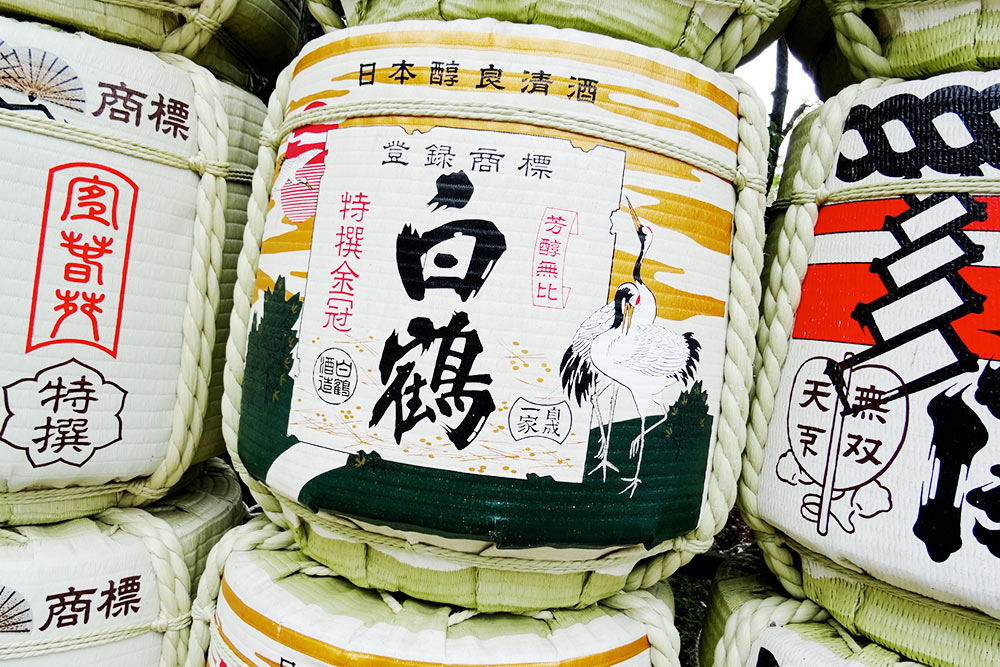 In the event of some sort of victory party or celebration in Japan, we sometimes carry out a ritual of breaking the sake barrel with a wooden mallet. This is called “Kagami-biraki (or Kagami-wari).” People who are present at the place pour the sake out and celebrate together. If you come across this event, please join in! It’s a fun celebration.

In this situation, the tool used to drink alcohol from this sake barrel is called “Hisyaku”. Please be aware that it may be handed over to you directly with a pattern handle.