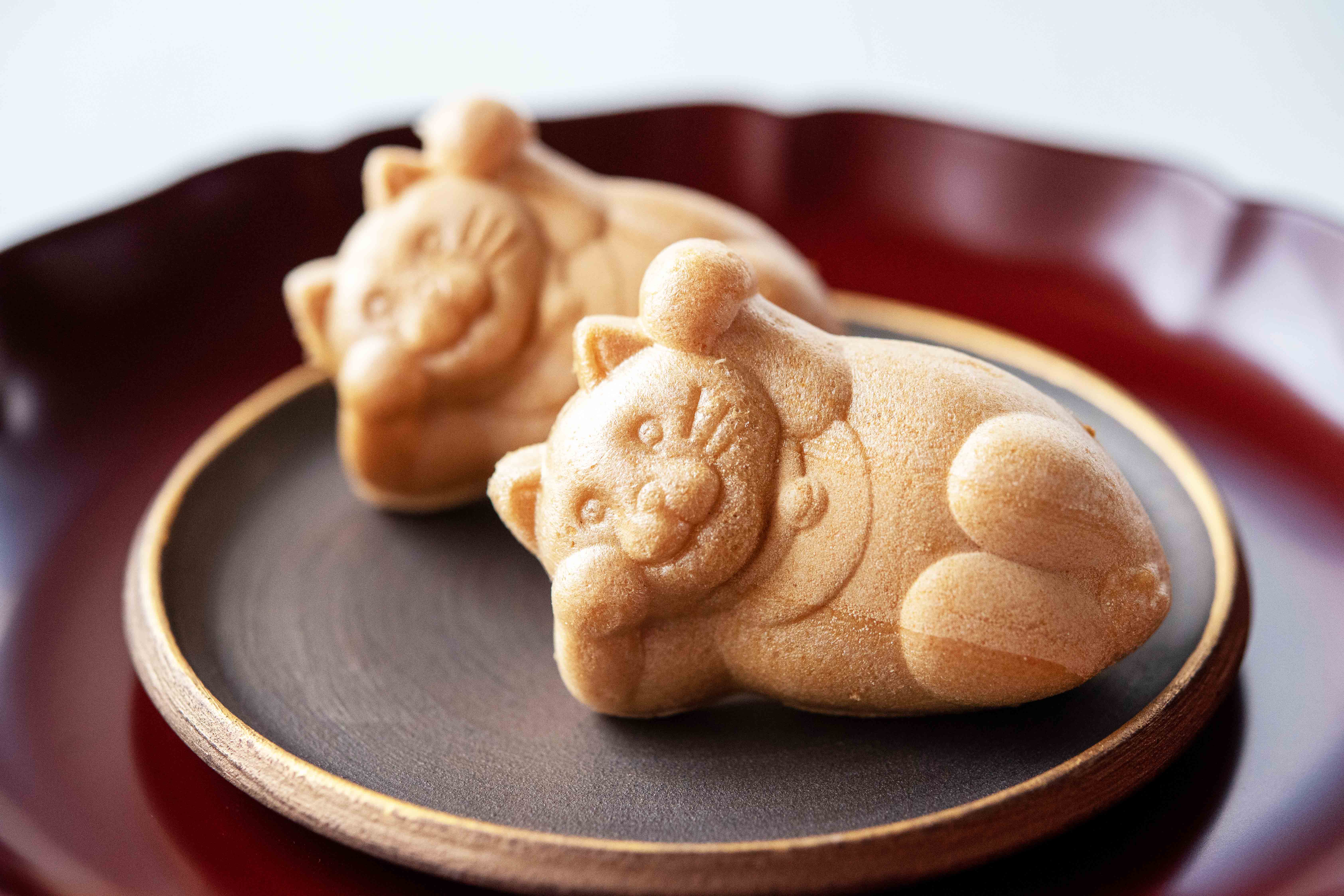 It is one of the Wa-sweets made by heating mochi flour dissolved in water, kneading, putting in a mold, pressing thinly and baking, and putting An-paste in it. In addition to using the various types of An-paste introduced in the article “Anko (An-paste)”, we also use An-paste mixed with mochi or gyuhi. (※Gyuhi: Shiratama flour or mochi flour kneaded with sugar or syrup. Known as one of “Neri-sweets”.) This “Monaka” is also said to have been created during the Edo period, when many of the original forms of Wa-sweets were created. The special feature of “Monaka” is the dough, that are sandwiched between An-paste. This dough is called “monaka-dane” or “kawa-dane”. It has a quite unique texture or mouthfeel that is different from that of wafers, gaufres or galettes. You can find “Monaka” sweets all over Japan, so there will be many opportunities to try them. Many of them are known as renowned confections. 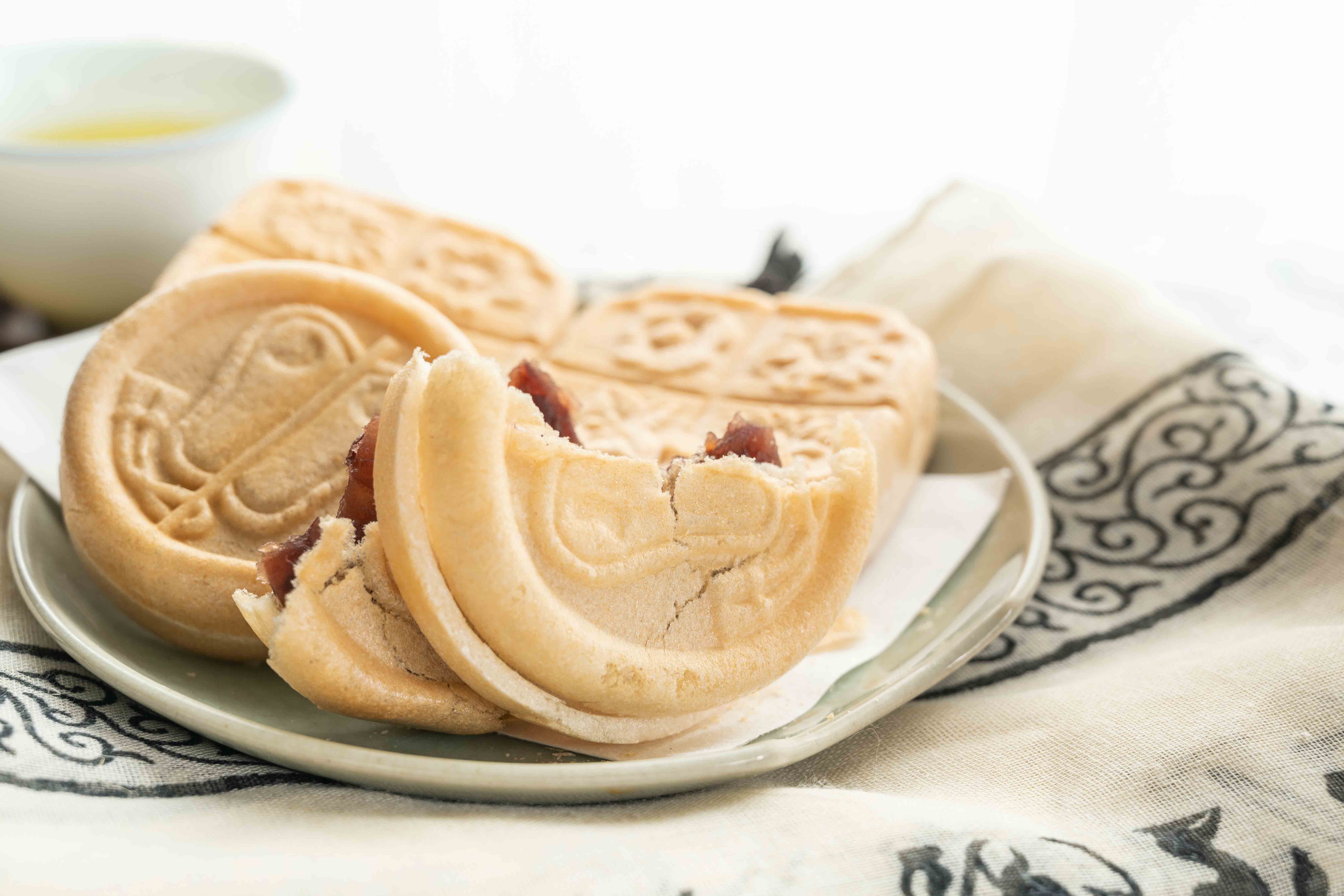 In the development of “Monaka” sweets, one of the most important issues was how to preserve the unique texture of the “monaka-dane”, which is inevitably lost by sandwiching An-paste that contains a certain amount of water. They put a lot of ingenuity and passion into both “monaka-dane” and “an-paste”. Of course, some customers preferred the slightly moist “monaka-dane” texture due to the an-paste. n some cases, they dared to make “Monaka,” which is the slightly moist and delicate texture. Sorry. It’s really difficult to explain the texture of “Monaka” sweets in words… You might have to actually try it to understand all. Anyway, it’s a very very delicate sweet, right? 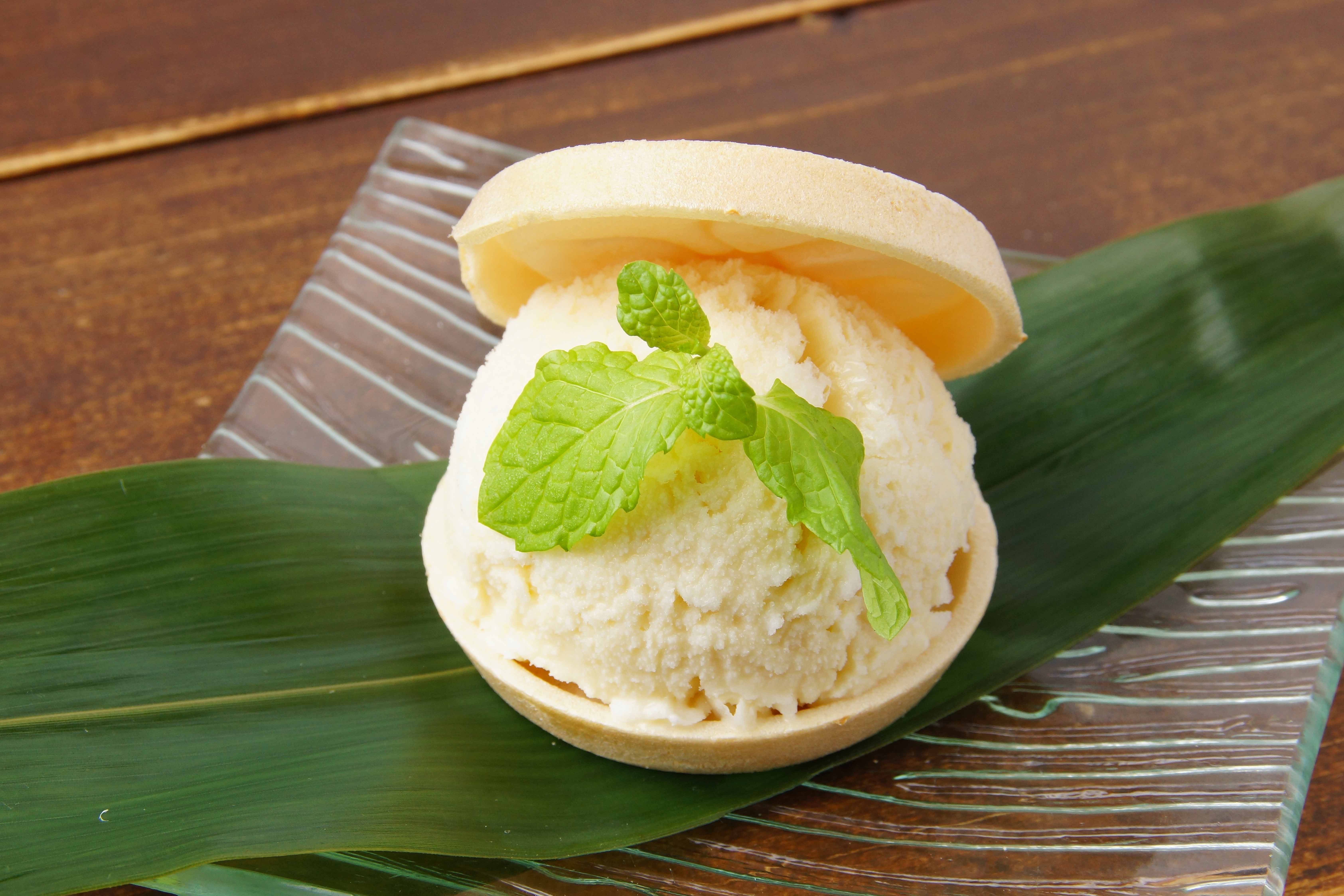 As a result of the above mentioned trial and error, an extraordinary “Monaka” sweets was created. It is “Ice cream monaka”. It will be one of the most common and popular “Monaka” sweets nowadays. As the name suggests, it’s a simple “monaka” sweets, just a monaka-dane with ice cream sandwiched in between, but it’s a very very delicious one. Depending on the product, the “monaka-dane” is so crispy that it is hard to believe that ice cream is sandwiched between them! Please try it!!

About the origin of the name “Monaka”

There are some theories about the origin of the name. Here is one of the most famous of them, it is said that a certain “Waka poem” is the origin of the name. At a moon-viewing party held at the palace, a round, white mochi sweets were served. When the court nobles at the party saw the sweets, they referred to the word “monaka” in a waka poem by Minamotono-shitagou in the “Shui-Waka-Shu” and said it looked like the moon in the middle of autumn season. The word “monaka” has meanings of “in the middle (of the season and etc.)” in Japanese. After a while, in the Edo period. When they launched a certain “Monaka” sweets, they named the sweets “Monaka-no-Tsuki (it means “The moon in the middle of autumn”)” in reference to the episode… This is the waka poem…

English lyrics:
Many days had passed as gazing at the moon reflected in the shimmering surface of the pond. Ah… It feels like the season is deepening. This tonight, I’m in the middle of autumn…

Isn’t it a very elegant episode? What a pretty sense of naming!! Don’t you think so? In the Edo period, various events such as “O-Tsukimi (moon viewing)”, O-Hanami (cherry blossom viewing)” and others, were no longer limited to the people of the upper class, but were also enjoyed by the common people. It was a time when the world was at peace and the lifestyle and culture of the common people was very affluent. The sensibilities of ordinary people must have been quite affluent to be able to listen to such episodes and feel how wonderful they are.