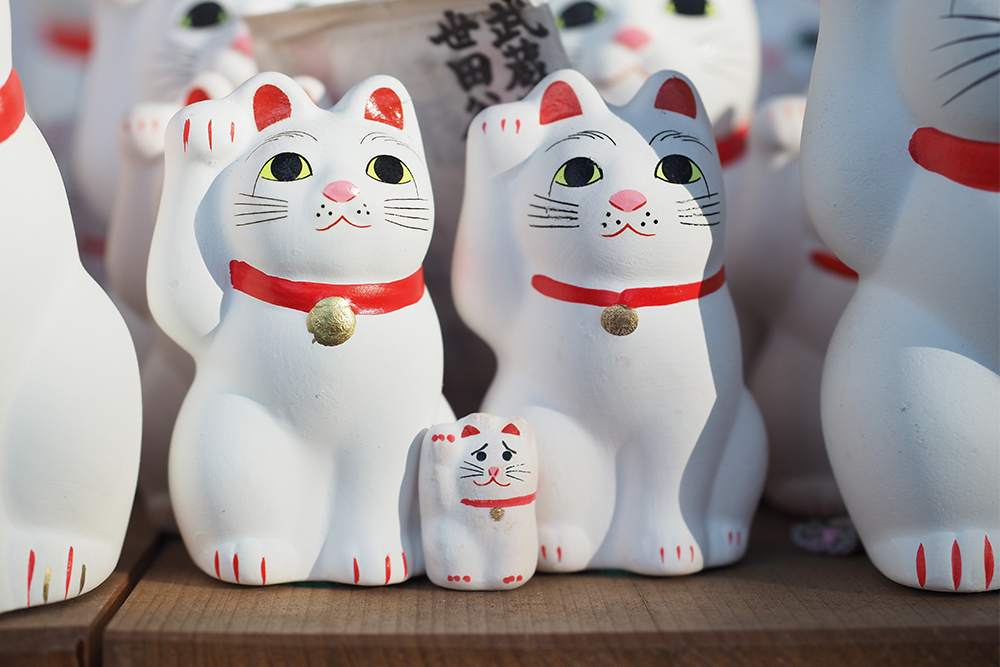 Something to bring luck, or it brings good fortune. And it is something that has the effect of warding off evil spirits, isn’t it? In this section, we would like to talk about “Japanese Lucky Items”. We’ve mentioned separately about a Japanese culture of “Beliefs of Jinx”. This “Japanese Lucky Items” is also one of them. “Enishi(or En)” is a Japanese word, that means connection or relationship to a person, thing, or event. The Japanese have long treasured this “Enishi”. We think “Enishi” probably has a different meaning than words like “Fate” or “Destiny”.

For such Japanese people, though, this “Japanese Lucky Item” brings or increases the good “Enishi” for them. Well, there are so many kinds that you may be surprised… On a playing on words, making something look like the other, comparing or following something… By doing so, we’re trying to put things in a good meaning. In other words, Japanese people have been believing that all things can be better or worse for you, depending on your perspective. Of course, there are many lucky items with legends or events worth believing in. For example, “Maneki-Neko(Lucky-Cats)” and “Shichifuku-Jin(the Seven Lucky Gods)” are some of the most common “Japanese Lucky Item”. “Cranes” and “Turtles” are often treated as symbols of “longevity” in Japan. When you find some “Japanese Lucky Item”, you should be interested in kinds of reason or legends with that. Because it will be interesting. We think it’s wonderful that this kind of lucky items can clearly include “Thoughtful”, when you give it to someone as a souvenir or gift. Even if it’s a souvenir for you, it’s probably a “Thoughtful” gift to you in the future…?

Sorry, that’s too cool to say… However, it is true that there’re a lot of really interesting items. So, please find a lot of luck and fortune in Japan!

White animals are regarded as gods or emissaries of the gods and they are considered to be auspicious in Japan. They look quite divine when you actually see them!